Wisconsin’s Republican-run Legislature is poised to eliminate an 80-year-old requirement that workers on local and state government building and road projects be paid a prevailing wage set by the state.

The Assembly sponsor of the legislation, Rep. Rob Hutton, R-Brookfield, said a majority of his GOP colleagues in both houses favor eliminating three state laws requiring payment of prevailing wages in the construction of roads and government buildings.

The proposal comes on the heels of passage in Wisconsin of a controversial and fast-tracked right-to-work law that prohibits employees in union workplaces from being forced to financially support the union.

“I find very few taxpayers who support paying wages that are above the market,” Hutton said. “(Prevailing wage) ultimately is costing the taxpayers significantly more to fund these projects.”

Opponents of the legislation, Assembly Bill 32 and Senate Bill 49, argue that passage will lead to lower pay, a shrinking middle class, lower-quality construction and fewer skilled workers in an industry already struggling to find qualified people.

The measure “will lower wages,” predicted UW-Madison professor Awad Hanna, chairman of the Construction Engineering and Management Program in the College of Engineering. “Everybody’s predicting a labor shortage — a big one — in the next few years. How will you encourage people to go into that (construction) business?”

Groups lobbying to repeal the prevailing wage include Associated Builders and Contractors (ABC), the Wisconsin Association of School Boards, the Wisconsin Counties Association and the National Federation of Independent Business. Lobbying against the proposal are groups including trade unions, the city of Madison, Dane County and the Wisconsin Transportation Builders Association.

According to a report released Sunday by the Wisconsin Taxpayers Alliance, the way the state calculates the prevailing wage adds $200 million to $300 million annually to the cost of projects done for state and local governments and school districts. The study was funded by the ABC, which represents 800 non-union companies and supports repeal of the state’s prevailing wage requirement.

The report said Wisconsin’s calculation is flawed since only 10 percent of employers return the wage surveys from the state Department of Workforce Development. State law also requires the agency to calculate averages based only on the highest-paid 51 percent of hours worked in that trade. As a result, wages and benefits on such projects are about 45 percent above market averages, the report concluded.

“They (wages) end up being similar to union rates and ultimately are inflated above locate rates, in some cases by 25 percent and others by up to 50 percent,” Hutton said.

But the Wisconsin Contractor Coalition, a group of 440 union and non-union companies, commissioned a critique that argued the Taxpayer Alliance study is flawed. The author alleges the report underestimates union representation in the nonresidential construction industry and averages in higher paid white-collar jobs not covered by the prevailing wage requirement.

“The Alliance’s conclusion that the DWD surveys are inaccurate and generate wage rates that are too high is, in itself, an inaccurate and unreliable conclusion,” wrote University of Utah economics professor Peter Philips, an expert in the construction labor market. “When these mistakes are repaired, it turns out that the Wisconsin DWD wage surveys are accurate.”

Hutton said rather than fix what he considers a flawed system, the state should “allow for the market to decide where the wages will be set.”

Another debate is whether repealing the state prevailing wage would lead to significant savings for state and local governments.

The Legislative Fiscal Bureau, in a memo released Friday, questioned whether repealing the wage would result in any savings in construction costs.

“Existing research on the impact of prevailing wage laws on construction costs is mixed and inconclusive,” the bureau found. “Excluding studies which assume that the entirety of any increase in wages is passed on to the government in higher contract costs ... the evidence on prevailing wage effects generally range from relatively small effects to no statistically significant effects.”

Three agencies that generate the vast majority of state contracting — the state Department of Transportation, the University of Wisconsin System and the Department of Administration — said precise savings are hard to project.

In a fiscal note attached to the companion bills, DOA said the cost of almost all the building construction projects it manages would likely decrease, but the amount is “indeterminate.” The UW System said it also could not specify savings.

Steve Lyons, spokesman for the Wisconsin Contractor Coalition, said lawmakers may be tempted to repeal the prevailing wage as a way to cut the state’s projected $2.2 billion budget gap, but “I don’t see the savings.”

Lyons’ group provided a study of its own by the University of Illinois and the Midwest Economic Policy Institute that ranked Wisconsin 10th-lowest in the nation in the cost of highway construction at $422,873 per lane mile.

The aim of Wisconsin’s prevailing wage requirement, enacted in the 1930s, is to prevent out-of state firms that pay lower wages from underbidding local companies on government construction and road projects.

Without such laws, workers are put “in the precarious position of having their wages manipulated by their employer” which can cause “instability in the local construction industry,” according to a fact sheet posted on the DWD website.

But the Taxpayers Alliance report said the way Wisconsin sets wages can result in wild swings from year to year. It cited the example of the prevailing wage and benefit package for a carpenter in Adams County, which fluctuated from $12 to $49 an hour between 2011 and 2015. In Lafayette County, the range went from $17.95 to $45.47 an hour between 2013 and 2015, the report said.

And John Mielke, president of Associated Builders and Contractors, said complying with the prevailing wage law can be too complex for some smaller employers, discouraging them from competing for government contracts.

Mielke cited the example of a worker who operates a backhoe in the morning, finishes cement in the afternoon and ends his work day by removing forms from the concrete. That worker would be paid three different rates as a heavy equipment operator, cement finisher and laborer, he said.

“The prevailing wage laws are screwy,” Mielke said, “and compliance is difficult.”

There’s also debate about whether workers’ wages would decline if the state’s prevailing wage were repealed.

Laborers, mechanics, truck drivers and others who help build public-works projects could see their wages drop by an average of 14 percent, estimated the state Department of Revenue, which analyzed the proposal’s impact on local government and school district projects.

“The prevailing wage is intended to keep local tax money in communities ... and create meaningful jobs for people in that community,” Hayden said.

Repealing the prevailing wage, he said, “is going to lead to low-wage, out-of-state people coming to the community to do these jobs, lowering the living standards of people in that community. It becomes a race to the bottom.”

But Mielke said the majority of construction in Wisconsin is done outside the prevailing wage system, and quality has not been a problem. He added that any shortage of skilled construction workers will be solved by the market, regardless of what the state does.

“In a competitive environment, if you want to hang onto and attract good people, you’re going to have to pay a competitive wage-and-benefit package to do that,” Mielke said.

Under Wisconsin's prevailing wage laws, the state Department of Workforce Development sets the wages paid on state and local government contracts for more than 200 job categories and multiple types of projects for each of Wisconsin's 72 counties. The rates are based on a survey of private employers.

The requirement applies to public projects costing $48,000 or more that primarily involve a single labor trade. Projects with workers from multiple trades are subject to the law if they exceed $100,000.

The exception is for projects financed by communities with fewer than 2,500 people or by towns of any size. In those cases, the prevailing wage requirement kicks in when projects cost more than $234,000.

Prevailing wage repeal may be tucked into state budget

The Assembly sponsor pushing repeal of the payment of prevailing wages on government projects said the 2013-15 budget may be a more appropriate place for the measure.

Road and Bridge Construction Workers in the Midwest 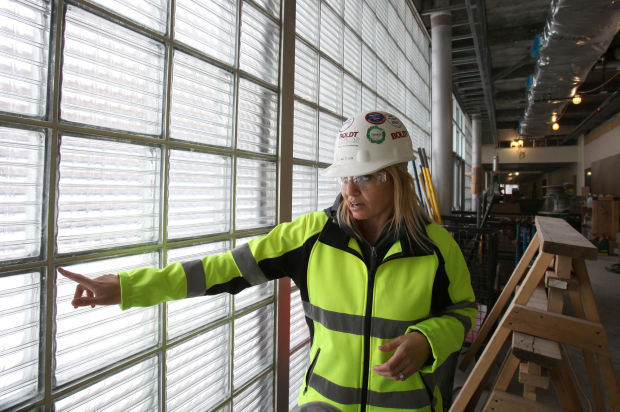 Melanie Taylor, project manager with The Boldt Company, discusses the restoration of the Memorial Union in 2014. Proposed legislation would no longer require such projects to pay a prevailing wage set by the state. 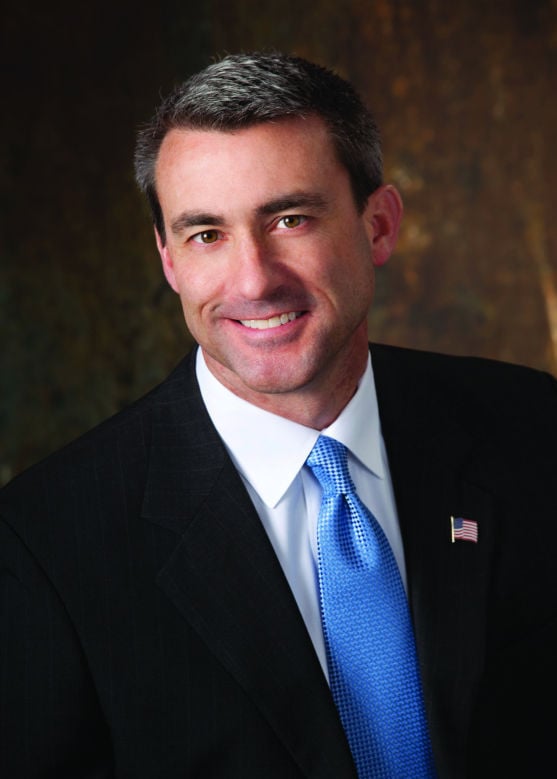