Joe Biden is leading in the polls, but Donald Trump has held the edge in small-dollar donors
Share this
{{featured_button_text}}
JACK KELLY Medill News Service

Former Vice President and presumptive Democratic nominee Joe Biden may be leading Republican President Donald Trump in many recent polls, but by one other common gauge of political support — small-dollar donations — Trump has so far maintained an edge.

Small-dollar donations — defined as $200 or less — are important to both candidates and voters, according to Eleanor Powell, a political science professor at UW-Madison whose research focuses on the influence of money in politics.

“You can think of small-dollar donors as sort of small ‘d’ democratizing,” Powell said. “That there’s a way for people to have a voice in the system even if they don’t have the wealth to make the hundred million-dollar contributions, as most people don’t.”

She said that clearly identifying supporters allows campaigns to use their resources to connect with voters they don’t know anything about, rather than focusing on a voter who is already backing them.

“For the campaigns, it’s incredibly valuable to know who their passionate supporters are,” Powell said, adding that online fundraising is driving this data collection for campaigns.

Small-dollar contributors have been an integral part of many political campaigns. In 2012, former U.S. Rep. Ron Paul powered his short-lived presidential campaign on donations of less than $200, and more recently, in both 2016 and this year, Sen. Bernie Sanders took a similar approach.

Norm Ornstein, a resident scholar at the conservative American Enterprise Institute, agreed with the importance of small-dollar donations to the political system.

“The more people who give a small amount, the more they have a little stake in the system,” Ornstein said. “The more the political process means to them.”

Despite leading by a wide margin in national polls, and increasing his lead in polls in key swing states such as Wisconsin, Biden lags behind Trump in several key fundraising benchmarks, including small-dollar contributions.

Nationally, the Center for Responsive Politics estimates “that 64% of Trump’s campaign cash comes from small donors ... totaling $174 million through April.” In comparison, the center said, Biden has raised $69 million — or 39% of his fundraising total — from small-dollar donors.

In Wisconsin, in the first quarter of this year, the president raked in a little more than $206,000 from approximately 5,200 small-dollar donations, according to Federal Election Commission filings. During the same period, FEC filings for Biden show that he raised just over $106,000 from 2,900 Wisconsin contributions.

Small-dollar online fundraising is primarily being driven by two platforms: ActBlue for Democrats and WinRed for Republicans. And both the Trump and Biden campaigns are reaping the benefits of online platforms in Wisconsin.

During the 15-month period that ended March 31 — before Biden had locked up the nomination — the Trump campaign raked in $478,893 from 11,129 Wisconsin contributions via WinRed.

The Trump Make America Great Again Committee, a joint fundraising committee benefiting both Trump’s campaign and the Republican National Committee, also brought in $930,613 from 24,808 small-dollar contributions via WinRed from Wisconsinites. Independently, the RNC raised another $271,845 through the platform from 6,332 Wisconsin-sourced contributions of $200 or less.

“President Trump dominates in small-dollar fundraising because his message resonates with everyday Americans,” Anna Kelly, a Trump campaign spokeswoman, said in a statement.

The Trump campaign said its fundraising is “powering the largest field program and data operation in party history,” including more than 1 million volunteers.

Over the same 15 months, Biden raised $806,684 from 28,904 contributions in Wisconsin via ActBlue, according to FEC filings.

It’s important to note that Biden was not the Democrats’ presumptive nominee for most of this 15-month timeframe and that he was running in a contested primary. In comparison, over the same time period, Sen. Bernie Sanders raised $2.86 million from 158,527 contributions from Wisconsinites on ActBlue, and Sen. Elizabeth Warren raised $1.2 million in Wisconsin through the platform.

Online donations do not account for the entirety of small donations, which are also still received as cash or checks.

“Joe Biden will always fight for those who have been left behind — that’s why our campaign has been powered by working-class Americans and grassroots donors,” Sean Higgins, a Biden campaign spokesman, said in a statement.

Despite initial struggles to attract small-dollar donors, Biden’s fundraising improved once he became the Democrats’ presumptive nominee. Biden formally clinched the nomination a week ago.

ActBlue said in May that Biden set the single-day and single-hour record for fundraising on its platform. Additionally, the Biden campaign said it raised $8.5 million in online donations during the week Sanders, Warren and former President Barack Obama endorsed the former vice president.

WinRed did not reply to requests for comment about how the coronavirus pandemic has impacted donations through its platform.

Both campaigns will provide updated FEC filings in July, which will help paint a picture of whether the coronavirus pandemic has affected small-dollar donations.

Ornstein said small-dollar donations can be used, in some part, as an indicator of the potential success of a campaign.

“If you can raise a sizable sum of money in small donations it becomes an indicator of whether you have a level of excitement and a breadth of support,” Ornstein said.

However, he cautioned that small-dollar donations are not a sure-fire path to victory.

“Bernie Sanders ... did extremely well with small donors, but his ceiling of support wasn’t enough for him to be able to break through with the majority necessary,” Ornstein said. “So, it doesn’t predict outcomes. But it gives you a sense; it does become a kind of barometer.”

Democrats are trying to prevent Republicans from winning six legislative seats that would give them a veto-proof majority. 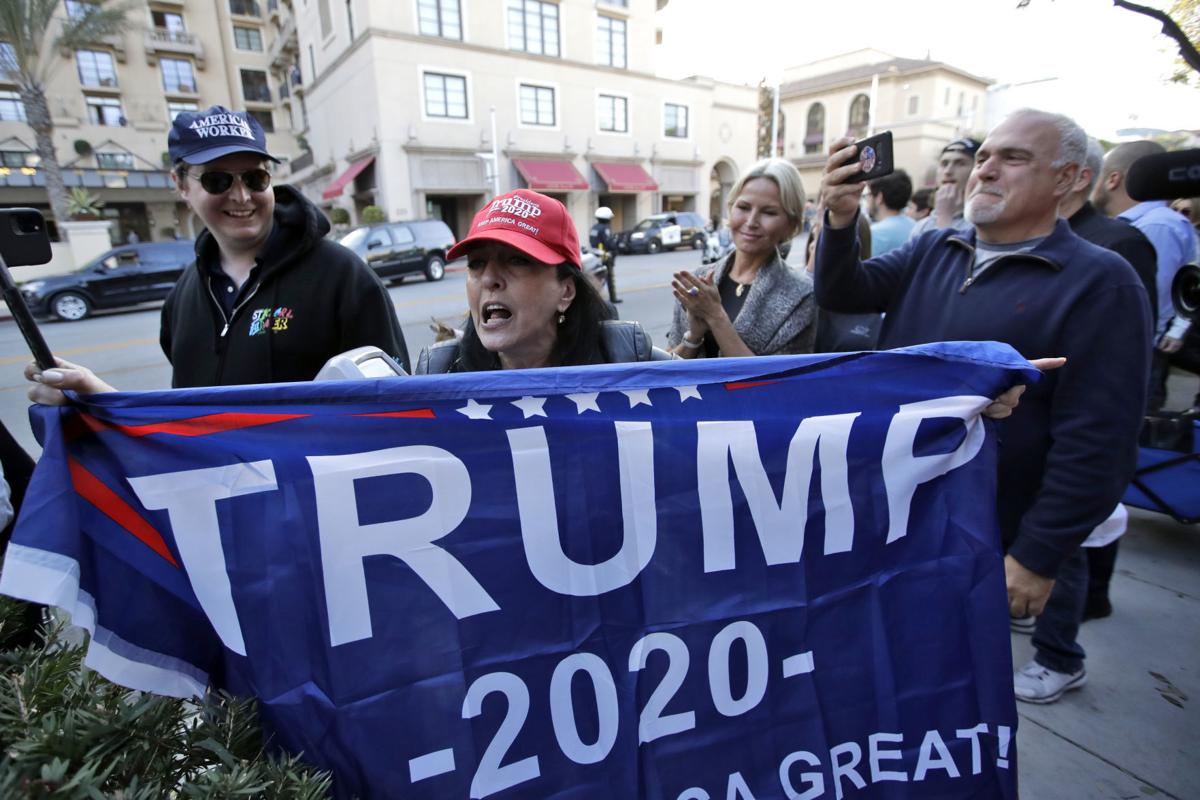 A supporter of President Donald Trump holds a sign while chanting slogans outside a campaign fundraiser for Trump in February in Los Angeles. 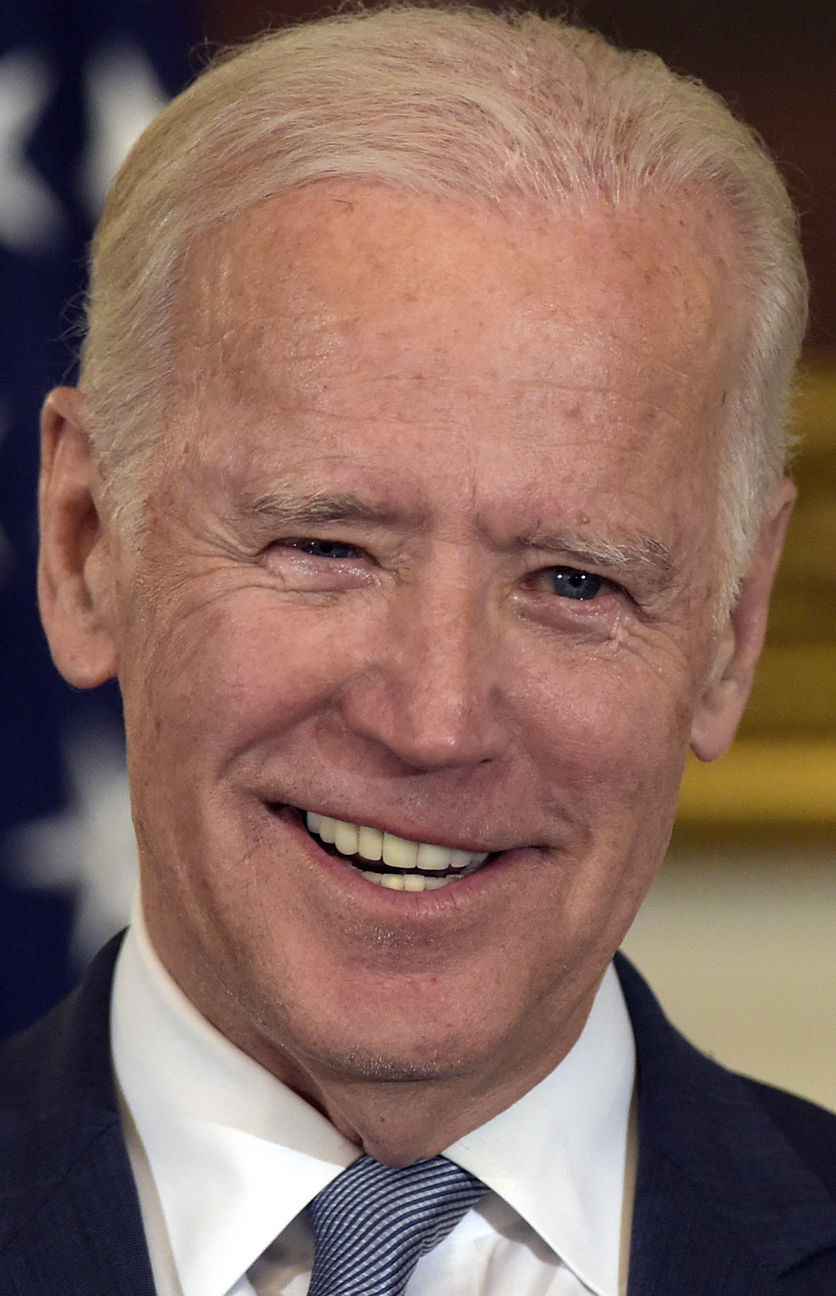