Inmates climb on roof, do backflips, attack guards in standoff at youth prison
Share this
{{featured_button_text}}
1 of 2 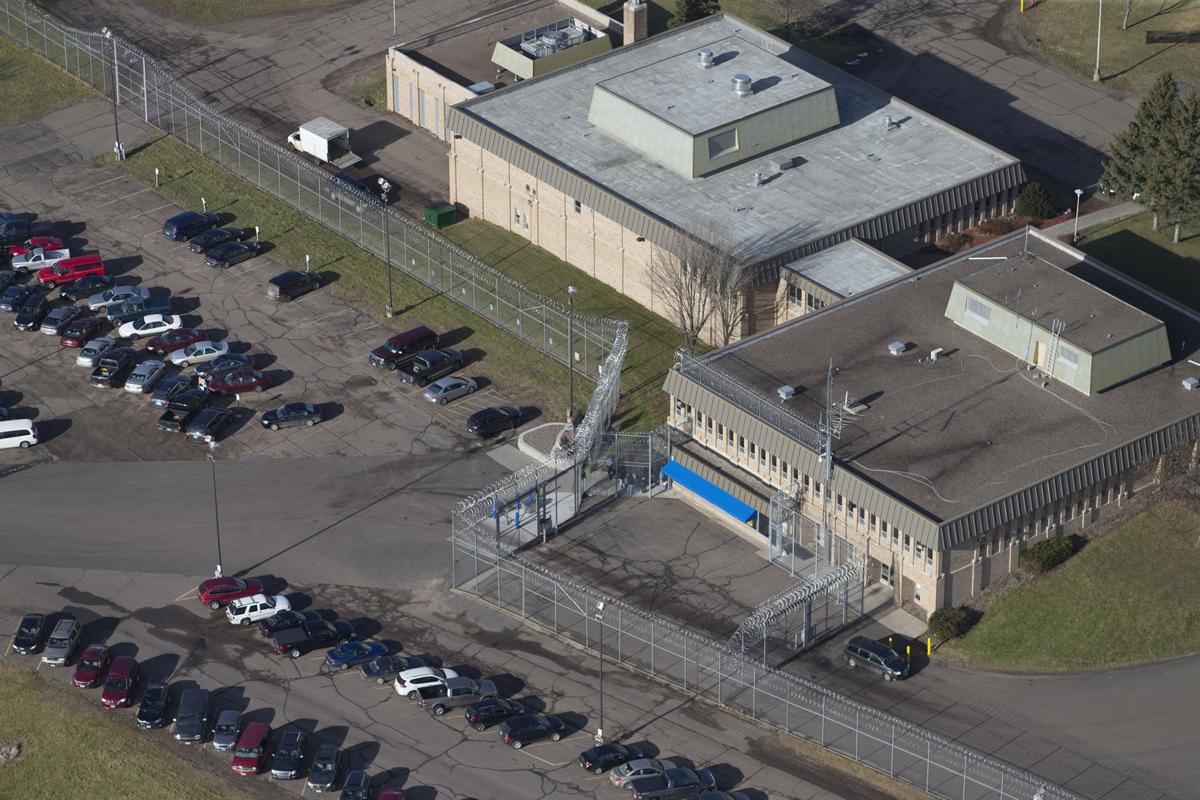 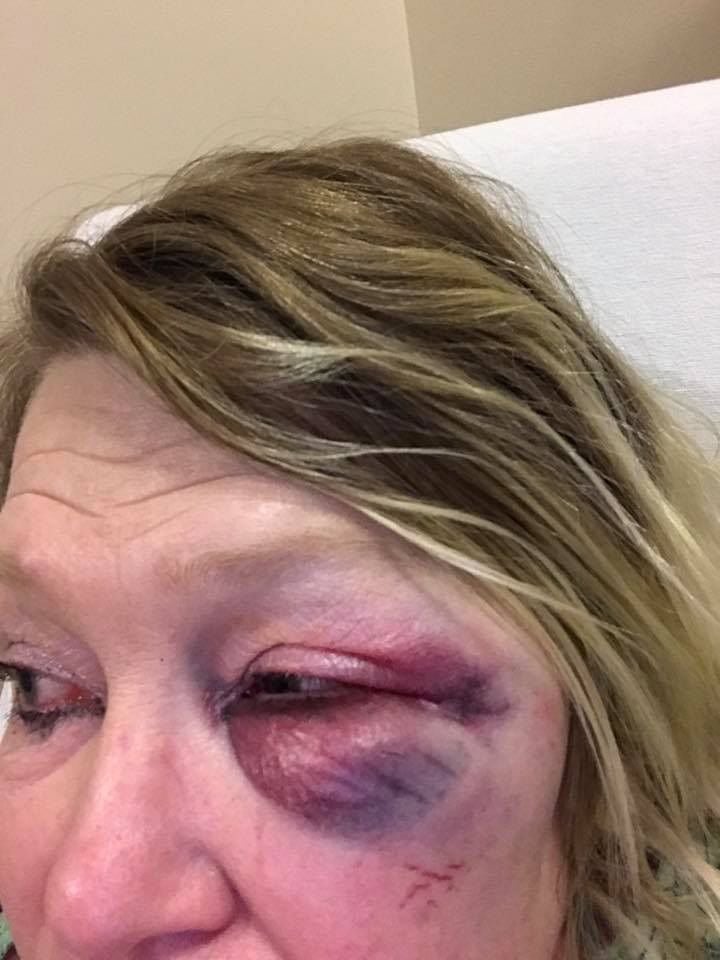 Pandora Lobacz, a teacher at the Lincoln Hills School for Boys and Copper Lake School for Girls, was knocked unconscious by an inmate on Oct. 11.

The state’s youth prison will have its fourth administrator in less than two years as Department of Corrections officials search for someone to take over the troubled prison permanently.

DOC Secretary Jon Litscher, at the order of Gov. Scott Walker, this week named John Paquin, the head of the department’s juvenile corrections division, to oversee the prison until a full-time prison administrator is hired.

The announcement came as records were released detailing a standoff in August during which inmates scaled a prison building and threw rocks and pieces of metal at guards.

The prison, which is in Irma, has been without an administrator since Sept. 3, when its previous chief asked to return to her former job at the prison overseeing education after a federal judge ordered major changes to the way the prison addresses inmate behavior and expressed little confidence in the prison’s chief decision-makers.

Since the judge’s order, staff at the prison have reported an increasingly chaotic environment — illustrated by one episode on a rainy August evening during which a group of inmates fleeing a fight scaled the walls of one cottage, stood on its roof and threw rocks, shingles and pieces of metal, records show. The four inmates also tore metal pipes from the roof and wielded them at guards approaching in riot gear.

One inmate was seen doing back flips and another threatened a guard, saying the whole ordeal could have been prevented if she had just played chess with him. Another inmate argued he should have been able to participate in a pizza party.

“Youth continued to run on unit roof, doing back flips and ripping shingles off the roof throwing shingles and throwing rocks at staff,” the report said.

An inmate also removed a large metal vent cover from the roof and threatened to throw it at guards, which could have caused a severe injury if he had, according to the records.

Doug Curtis, a retired prison guard, said Wednesday inmates are able to climb on top of the prison’s buildings if they aren’t in restraints.

Guards were able to devise a plan to successfully subdue the inmates, which included chasing them in a patrol van around the prison campus and required guards to wear ballistic helmets and carry what’s known as a Projecto-Jet, or a military-style pepper spray gun for outdoor use.

“The behavior displayed by these youth is unacceptable. The response by staff reflects their training — they radioed for assistance, assessed the situation and developed a plan in consultation with institution leadership to resolve the situation as safely as possible,” Cook said.

No one was badly hurt during the Aug. 3 incident, according to the records which were first reported by the Milwaukee Journal Sentinel. But others haven’t been as lucky.

On Sunday, five prison guards were sent to a hospital after an altercation, and about a week ago, two female prison staff members were knocked unconscious by inmates who weren’t in restraints. The Wisconsin State Journal reported that in late September, a group of inmates seeking retaliation against a guard conspired to electrocute him but were unsuccessful.

Pandora Lobacz, a teacher at the youth prison who was knocked unconscious by an inmate who was not restrained, contacted Walker’s office this week to discuss conditions at the prison, according to Walker’s spokesman Tom Evenson. Evenson said her attorney was on the call, too, and indicated Lobacz had other attorneys representing her in the matter.

“As this appears to be moving toward litigation, the governor has been advised by his counsel not to engage in conversation at this time,” Evenson said.

The prison’s administrators have struggled to implement U.S. District Judge James Peterson’s order to drastically reduce or eliminate the use of extended stays in solitary confinement and excessive use of pepper spray and restraints.

Staff say the order has emboldened the inmates, who are no longer subject to being isolated for weeks at a time for bad behavior without more than an hour of time out of their cells.

But Peterson and attorneys representing inmates in the lawsuit that prompted his ruling said this week it’s up to the DOC to come up with a way to effectively manage inmates’ behavior while also not violating their constitutional right to be free from cruel and unusual punishment.

Meanwhile, the crisis at the youth prison — which has been under investigation for nearly three years — has spilled into the 2018 governor’s race.

Challenger Tony Evers blasted Walker for never having visited the prison and especially since allegations of abuse and mismanagement surfaced widely in late 2015.

“You can’t manage an agency, let alone address the catastrophe that now is Lincoln Hills, without even talking with the kids and staff that so desperately need help,” Evers said in a statement. “When a building is burning, does the fire chief watch from afar as it burns down? No — a good chief takes charge, gets in there and puts the fire out.”

A spokesman for the Department of Public Instruction, which Evers oversees, said Evers also has not visited the prison, which also includes a school for which DPI certifies teachers, but that DPI staff have visited in that time period.

DPI spokesman Tom McCarthy said DPI oversees federal funding for students living in poverty and special education programs at the prison, and does site monitoring, but cannot intervene when allegations of an unsafe environment for teachers or students surface at the school, which is run by DOC.

A spokesman for Walker’s campaign did not respond to a request for comment.

“You can’t manage an agency, let alone address the catastrophe that now is Lincoln Hills, without even talking with the kids and staff that so desperately need help.” Wis. Superintendent Tony Evers

Five staff members were sent to the hospital after being assaulted by inmates in separate incidents.

Sydni Briggs attempted to hang herself after guards failed to respond for 23 minutes to a call light she activated, a review found.

Pandora Lobacz, a teacher at the Lincoln Hills School for Boys and Copper Lake School for Girls, was knocked unconscious by an inmate on Oct. 11.