The Ho-Chunk Nation flag will be flying at the Madison Municipal Building starting Wednesday, the city announced.

Mayor Satya Rhodes-Conway signed a proclamation on Wednesday stating that the flag would be flown “in honor of Ho-Chunk Day and in recognition of the fact that the City of Madison is located on the Nation’s ancestral land.”

In 2016, the City Council declared the day after Thanksgiving “Ho-Chunk Nation Day” in the city.

“I hope that flying the Nation’s flag will be a reminder to us all that our city exists on land that belonged to the Ho-Chunk,” Rhodes-Conway said in a statement. “This is a way to honor that history, and to strengthen the ties between the City and the Nation.”

“I am excited to see the Ho-Chunk Nation flag flying at the Madison Municipal Building today,” Ald. Arvina Martin, who is a member of the Ho-Chunk Nation, said in a statement, “The acknowledgement of this area’s history, present, and future as intertwined with the City’s sets us up for more successful partnerships as we go forward, and recognizes the importance of the Ho-Chunk contribution to the Dejope area. I look forward to working together to build more innovative solutions to the issues we both face.”

The flag, which was adopted in 1992, was presented to the mayor in a flag exchange ceremony in 2019 with Ho-Chunk nation president Marlon WhiteEagle.

The Ho-Chunk flag’s five main colors — red, white, green, blue, and black — represent specific animals in the kinship system in which each clan is associated with a particular animal and hopes to gain the qualities of that animal. Each color also has special meanings in sacred tribal stories, which are recalled by their use in the flag.

The seal, which was adopted in 1984, is white with black edges. It includes two of the most important animals in Native American beliefs: the thunderbird, and the bear. The thunderbird, depicted as a bald eagle, represents the four upper clans Thunder, Eagle, Pigeon, Warrior. It carries a pipe for the peace enforced by the Thunder clan. Below it is the bear, in black, representing the eight lower clans Bear, Wolf, Deer, Elk, Buffalo, Water Spirit, Snake and Fish, and the Bear Clan being the “Chief of the Earth” in Ho-Chunk belief.

In Ho-Chunk society, the members of the Bear clan maintain order, providing the soldiers and the police. A brown war club separates the thunderbird from the bear. The design was common among the many Tribes in the western reaches of the Great Lakes.

Editor's note: This story was corrected to reflect the first year Madison declared the day after Thanksgiving "Ho-Chunk Nation Day," which was in 2016. 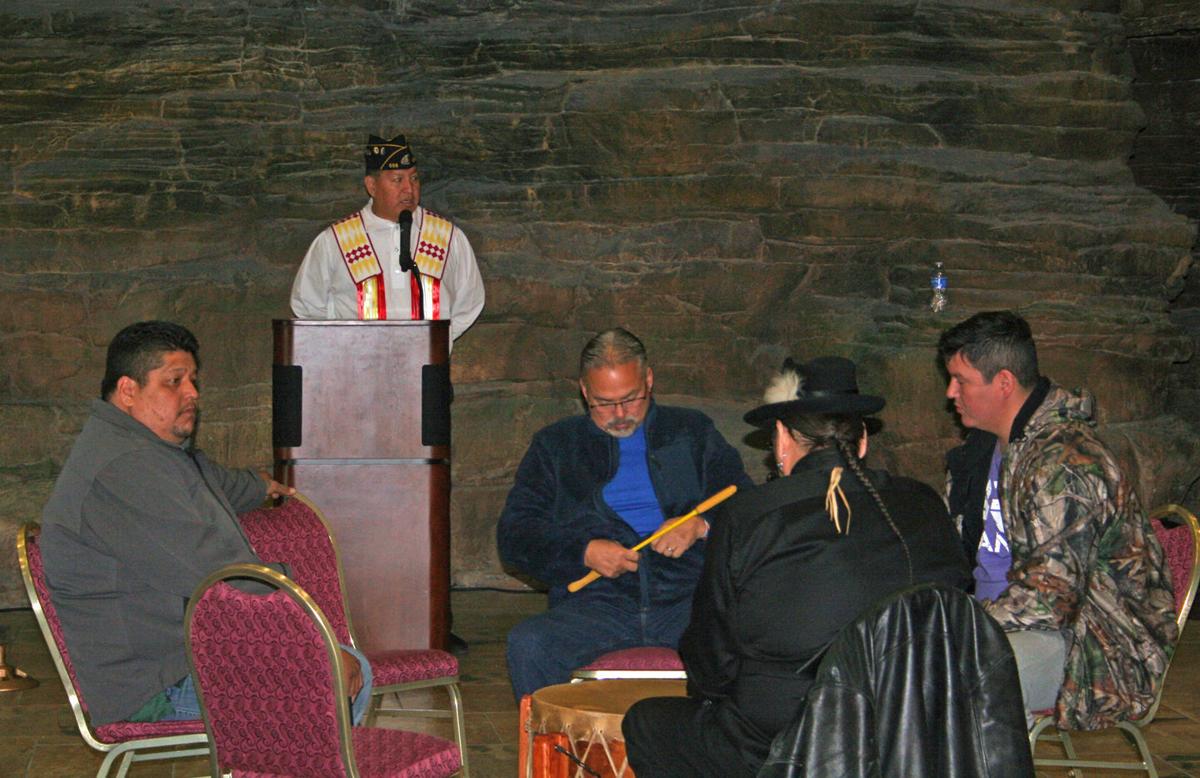 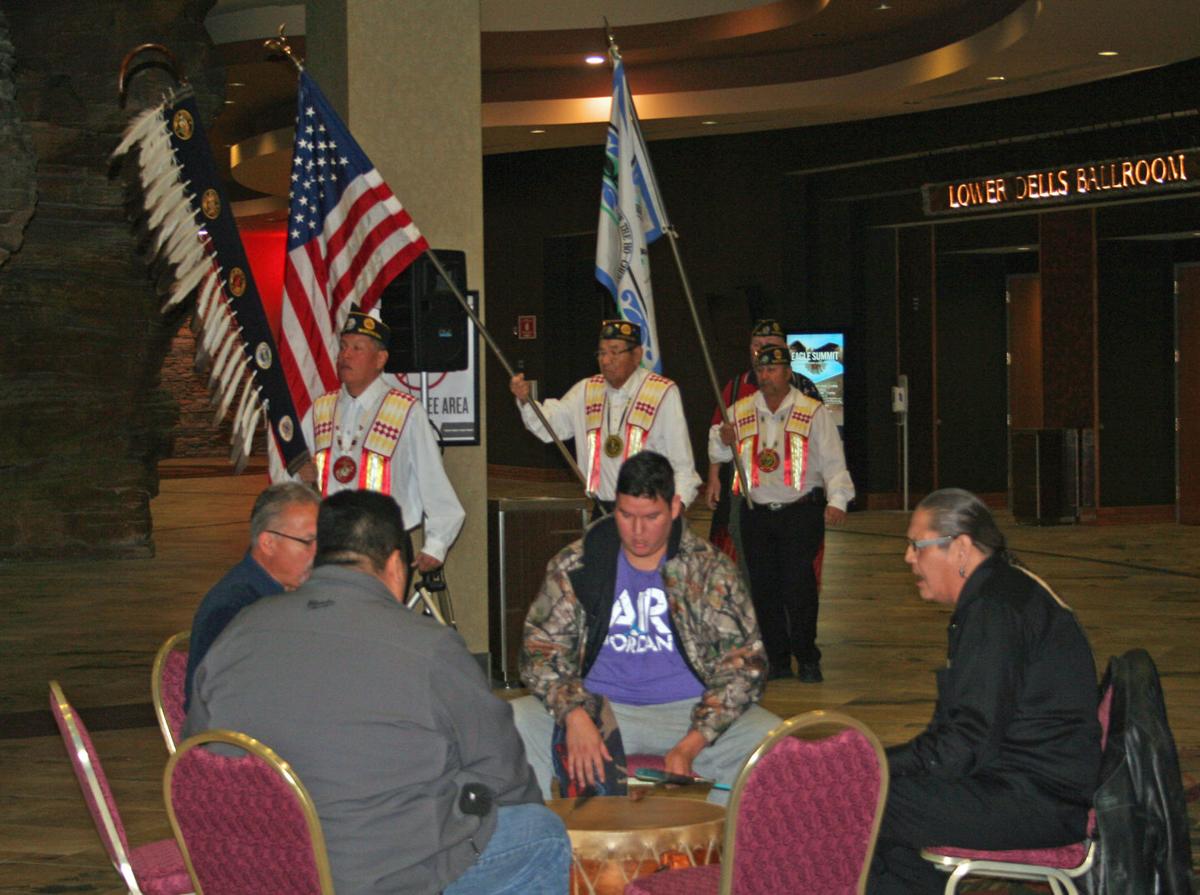 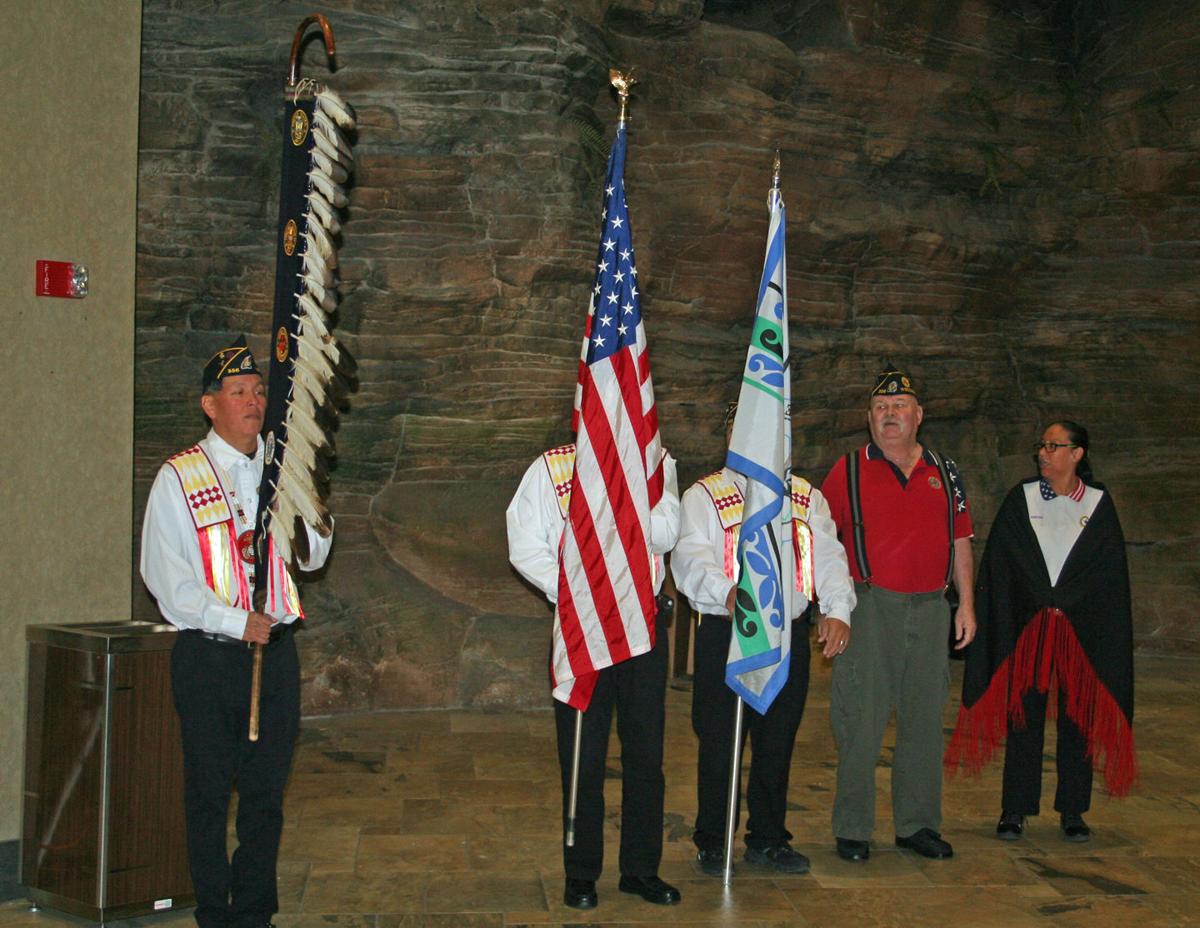 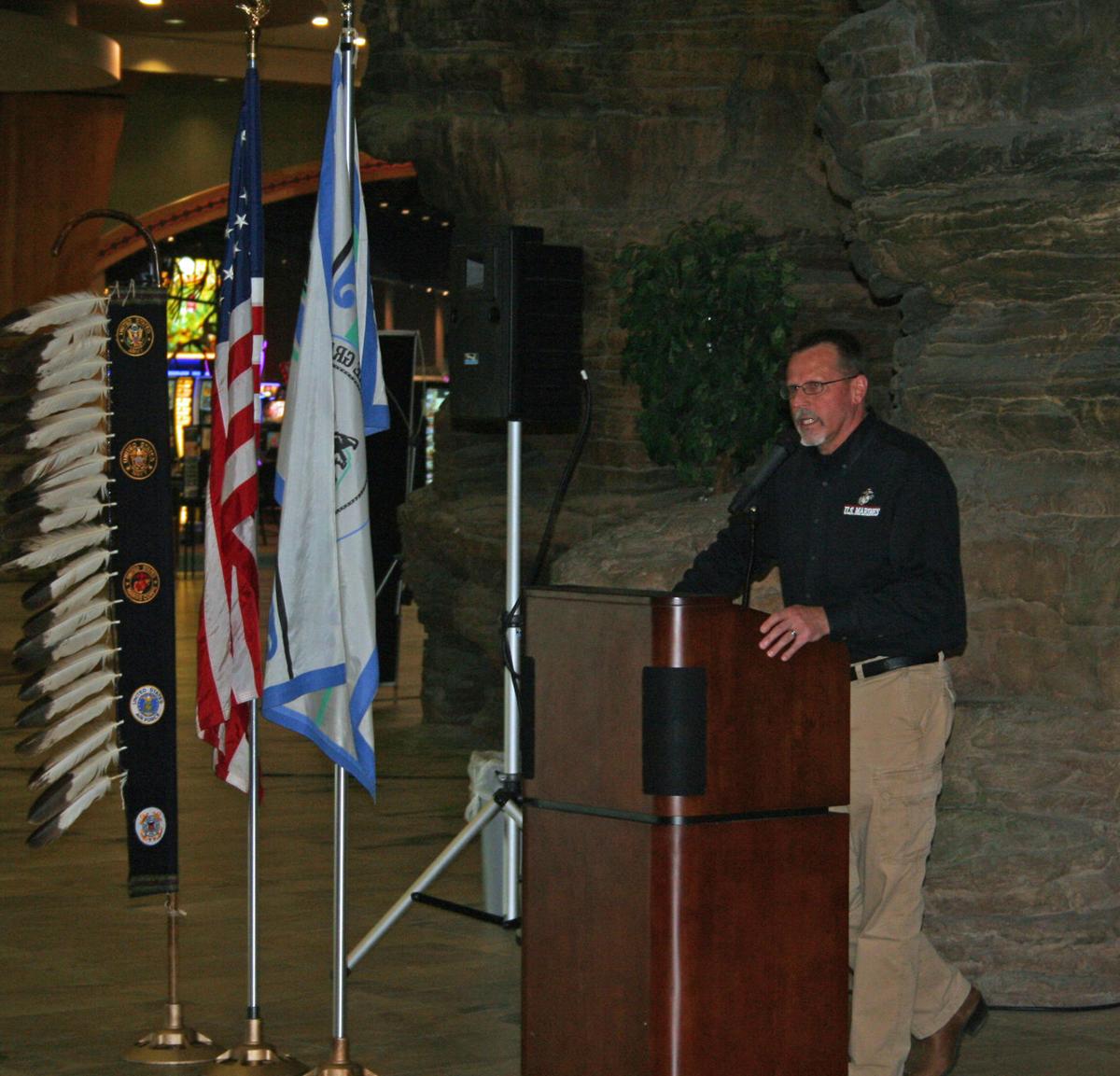 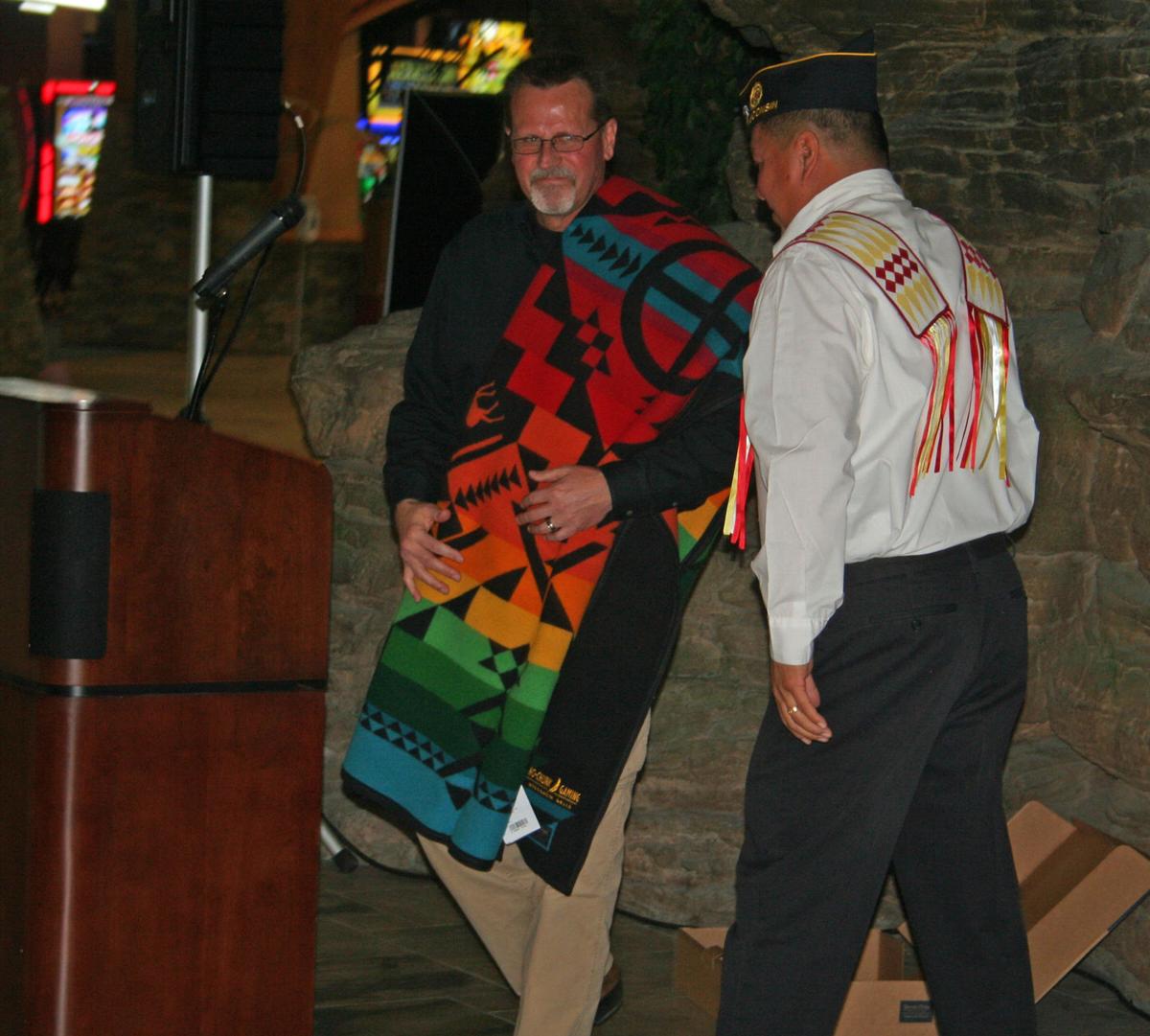 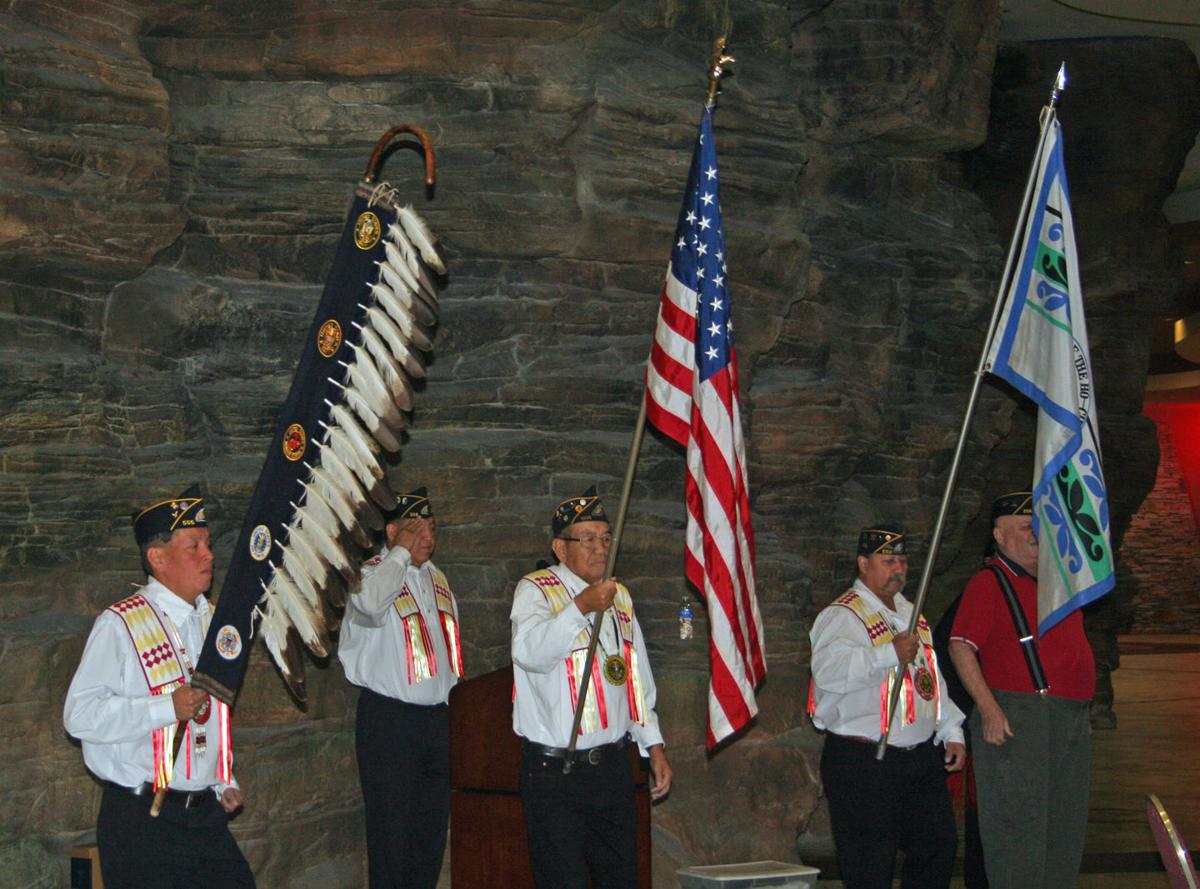 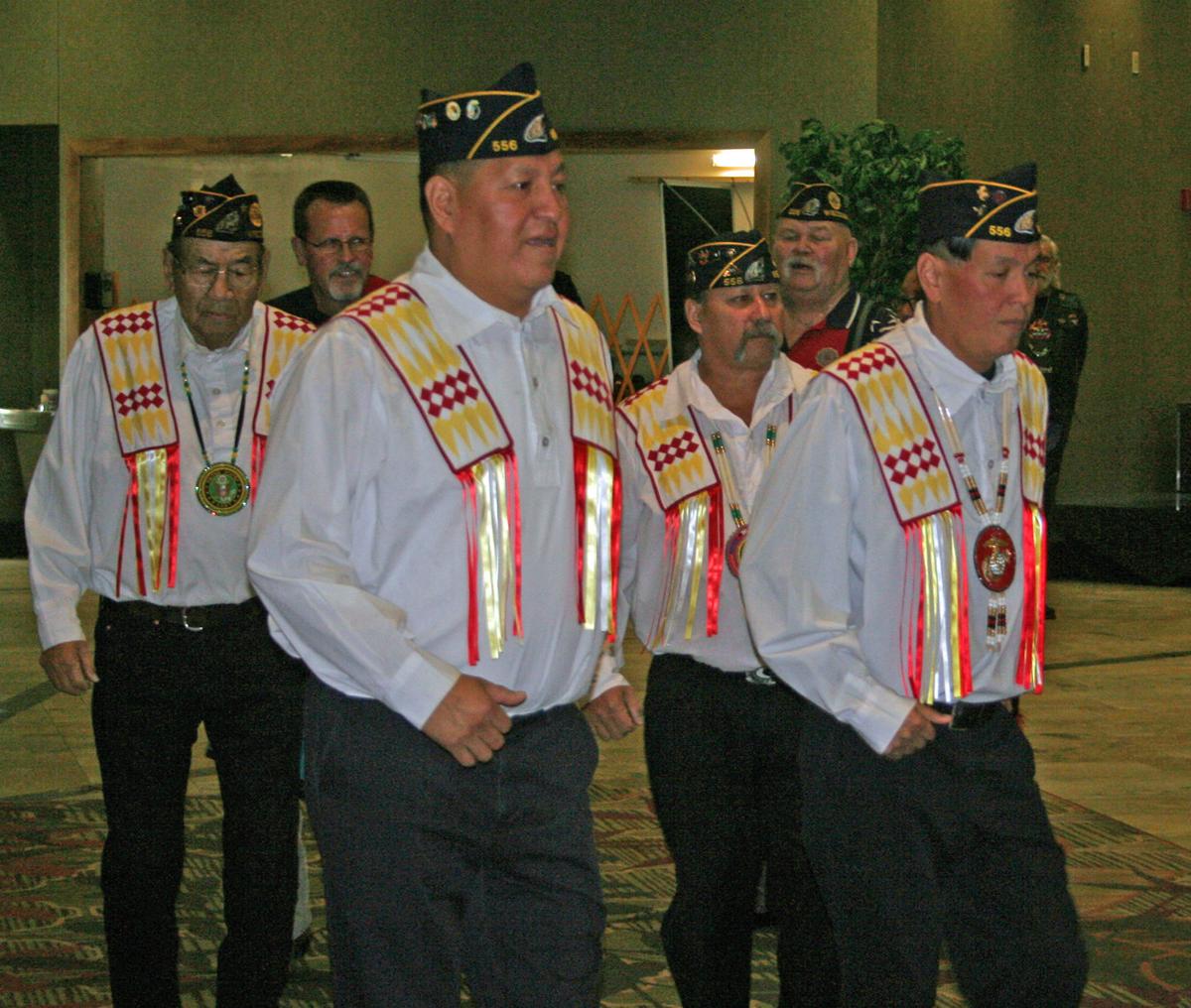 Members of American Legion Post 556 dance during a ceremony Nov. 9. 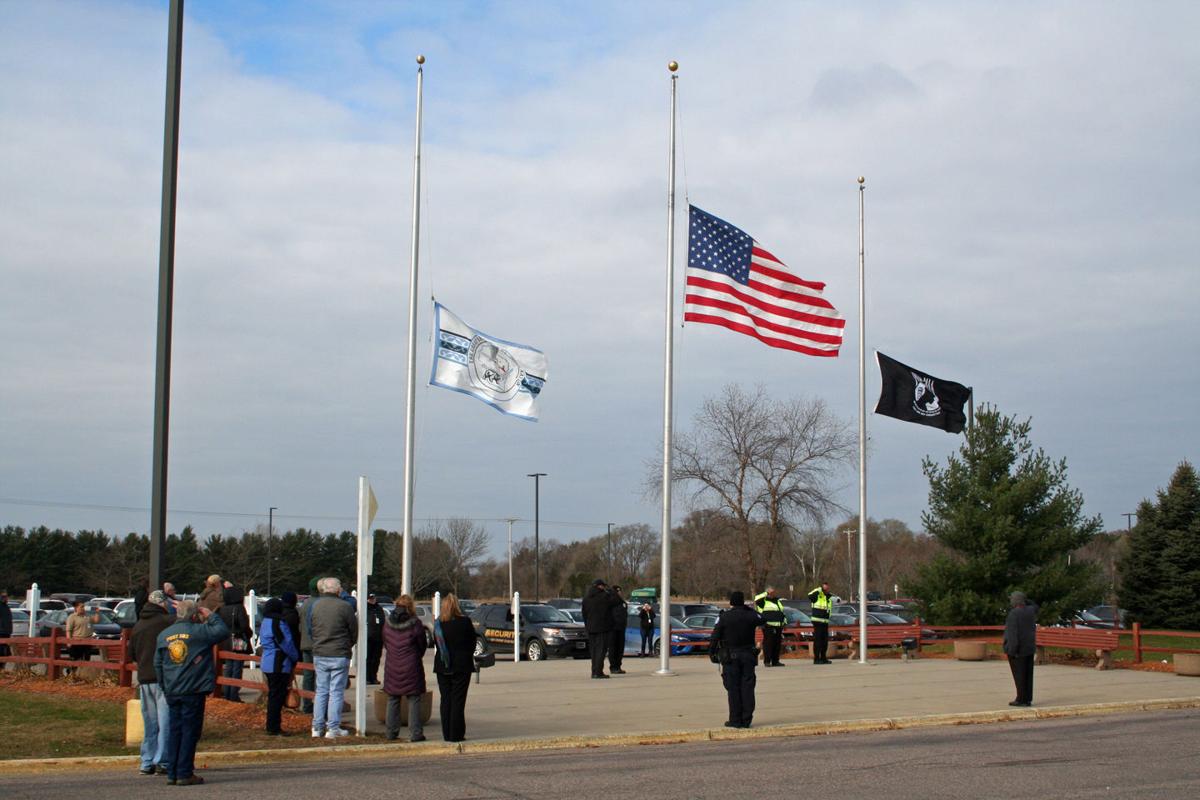 Veteran employees at Ho-Chunk raises the flag during a Veterans Day ceremony Nov. 11. 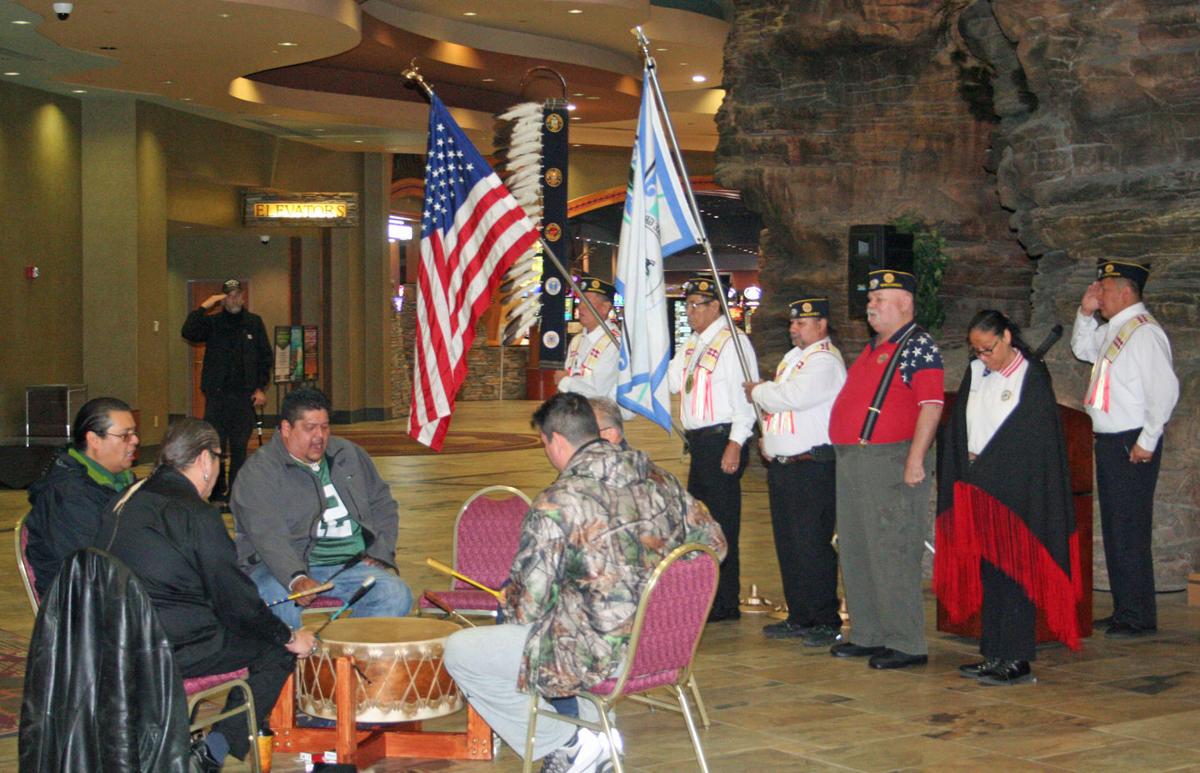 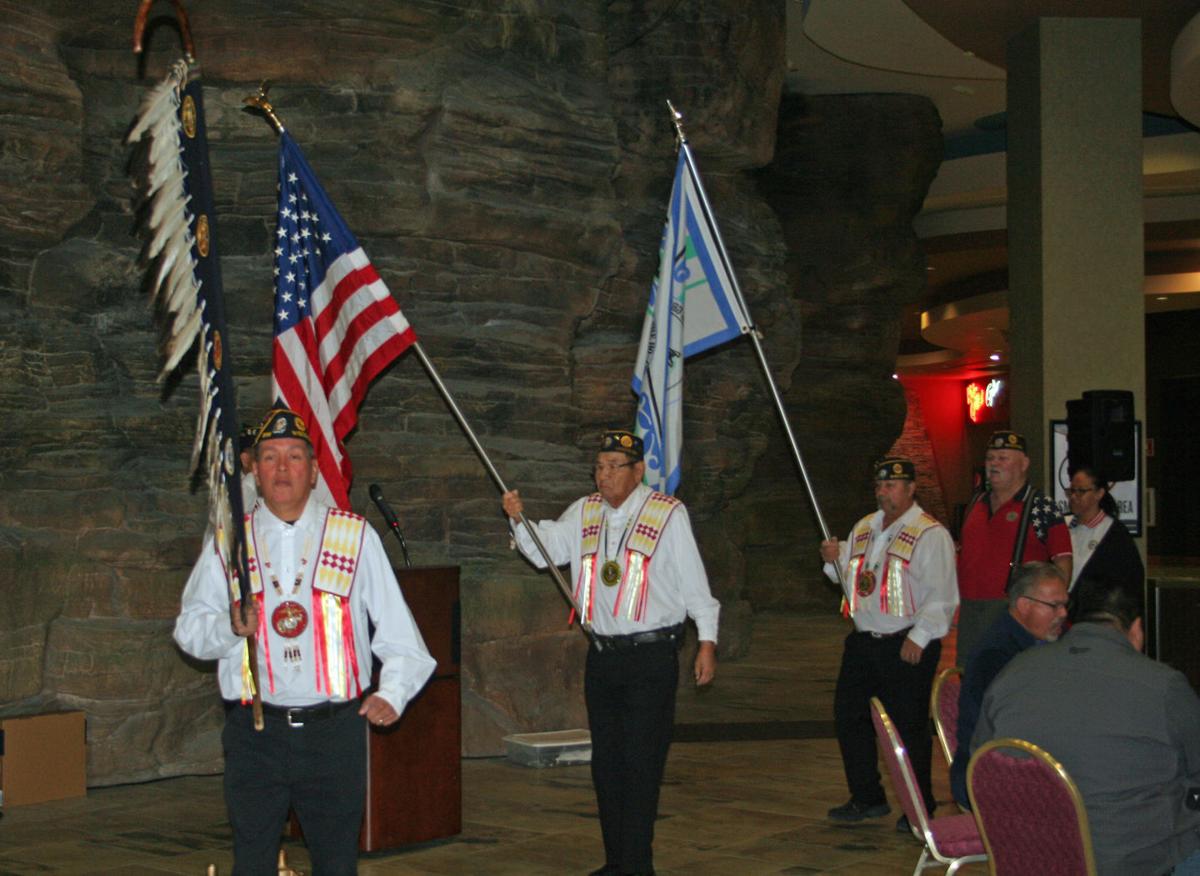 Members of American Legion Post 556 dance during a ceremony Nov. 9.

Veteran employees at Ho-Chunk raises the flag during a Veterans Day ceremony Nov. 11.

The pedestrian killed in a crash Monday afternoon in Sun Prairie that also seriously injured a Madison police officer and another person was identified Wednesday as the officer's wife.

Wisconsin's veterans homes have reported 53 deaths since the beginning of the pandemic.

Meaney, who was appointed by Evers in December 2018, will take a career opportunity outside of state government, according to a statement.

A 15-year-old boy faces multiple charges in a shooting at a Wisconsin mall that left eight people injured, and he has been ordered held in secure juvenile detention rather than being released to his parents.