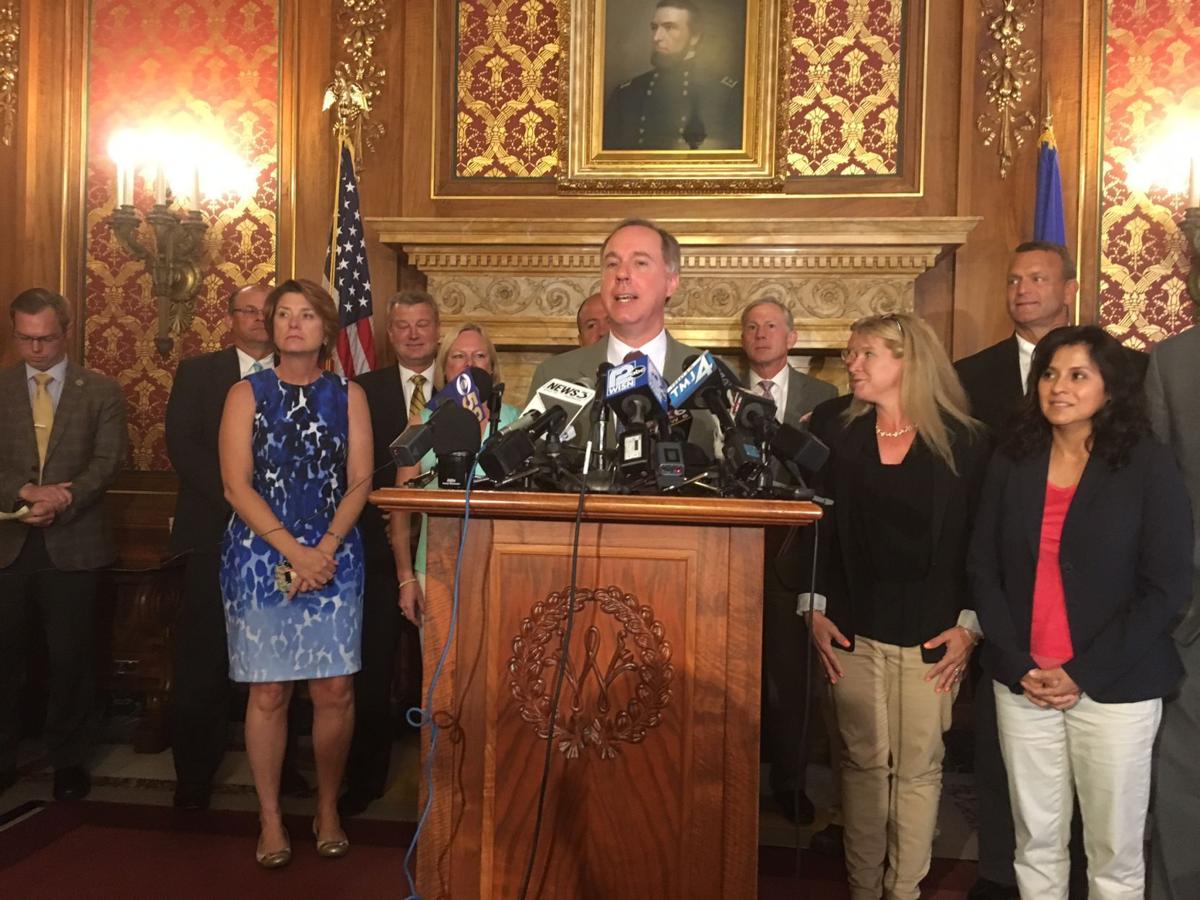 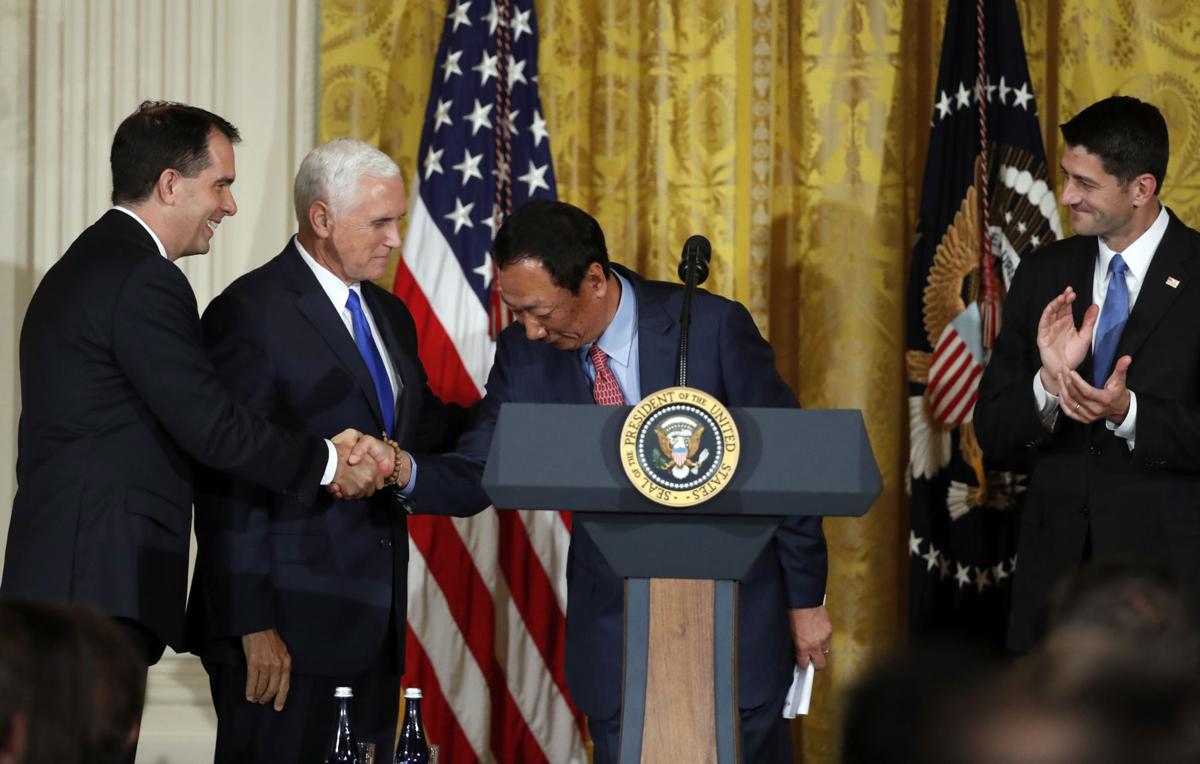 Republican lawmakers are split over how to move forward with a plan to send $3 billion to an electronics manufacturing giant promising to create 13,000 jobs in Wisconsin as questions surfaced about how the plan would affect the next state budget that is a month overdue.

Taiwanese technology company Foxconn wants to spend $10 billion to build LCD panels on a 20-million-square-foot, 1,000-acre campus of more than a dozen buildings in southeastern Wisconsin by 2020. Gov. Scott Walker signed an agreement to have a contract in place by the end of September.

But doing so requires approval from a Republican-controlled Legislature that still hasn’t passed a 2017-19 state budget. And despite a suggestion from Assembly Speaker Robin Vos, R-Rochester, on Tuesday that the Foxconn deal would have “almost zero” impact on the next state spending plan, questions surfaced from Democrats and Senate Republicans about whether more vetting was needed.

Meanwhile, the head of Walker’s state jobs agency told the Wisconsin State Journal on Tuesday state taxpayers could start sending payments to Foxconn over the next two years. That’s because the state’s deal with Foxconn promises to cover 17 percent of payroll through refundable tax credits — so as the company hires staff, the state will make payouts.

But Assembly Republican leaders said they will hold a Thursday hearing on the bill and push for a mid-August vote.

“The biggest priority is making sure that we have Foxconn moving along,” Vos told reporters. “The sooner we are able to do our due diligence on the legislation, the sooner they are able to choose a site and hopefully begin construction.”

Vos said his goal with the bill is to be as transparent as possible “to make the public understand what we are looking to do and the huge potential that’s coming to Wisconsin.”

“For a project like this, we don’t want to delay unnecessarily, but we want to make sure the public has adequate time to digest it,” Vos said.

“Until you have any analysis from Bob Lang,” who leads the Legislature’s nonpartisan Fiscal Bureau, “it’s pretty hard to even judge the bill,” he said.

Democratic lawmakers urged majority Republicans to slow the process and objected to waiving much of the state’s environmental oversight of the project, as the draft bill proposes.

Also Tuesday, President Donald Trump said that Foxconn executive Terry Gou told him that the company could spent up to $30 billion in the United States — three times the pledged investment in Wisconsin.

Walker and state officials are offering the Taiwanese tech giant $3 billion in incentives to build a liquid-crystal display manufacturing campus in southeast Wisconsin. It initially would employ 3,000 but that number could grow to 13,000 over time, Foxconn and state officials have said.

Under the state’s manufacturing and agriculture tax credit, Foxconn — even before the job incentives — would pay almost no income tax, meaning the state tax credits largely would be paid in cash to the company.

Neitzel said the planned project would bring thousands of jobs to Wisconsin to create a “high-tech manufacturing ecosystem.”

While payments to Foxconn are set to begin in 2020, they could potentially begin sooner if the company hires 1,000 people next month, Hogan gave as an example.

Department of Administration spokesman Steve Michels said later that example likely isn’t feasible for Foxconn, but if employees were hired on Jan. 1, 2018, for example, Foxconn would get tax credits for those employees the following year.

The proposal also calls for the state to cover up to 40 percent of local governments’ costs associated with preparing for the Foxconn plant, like building sewers and roads, if the deal falls through, according to an analysis released Tuesday by the nonpartisan Legislative Fiscal Bureau.

Negotiations with Foxconn began about 90 days ago, Hogan said, and during those talks Walker was on the phone with Foxconn officials four to five times a week. Hogan declined to elaborate on details of the negotiation, but said the resulting incentive package is not everything Foxconn wanted but what state officials considered to be appropriate for taxpayers to support.

“It’s hard to ultimately quantify all the benefits that flow from this deal,” Neitzel said.

Hogan also said Tuesday that companies that become part of Foxconn’s “supply chain” could also be eligible for tax credits that are overseen by his agency, but not the same ones Foxconn is receiving. He said those companies could be eligible for other state incentive programs.

A Foxconn-commissioned analysis of the economic impact the project would have on Wisconsin shows 35,000 jobs statewide would be created by building the campus in southeastern Wisconsin, with 13,000 at the Foxconn plant. Hogan said Tuesday he is confident in the Foxconn analysis and emphasized the state is providing incentives when the company creates jobs, not before.

Hogan said Wisconsin would not have been in a position to negotiate with Foxconn without lawmakers’ implementation of the manufacturing and agriculture tax credit, which reduces state income tax for manufacturers like Foxconn, and passing “right-to-work” legislation, which allows workers to opt out of financially supporting private-sector unions.

Neitzel said he believes the project will be a “talent attracter” to Wisconsin, similar to how Verona’s Epic Systems has drawn thousands to the Madison area to work for the health care software giant.

He said the 13,000 jobs would not all be taken by Wisconsin residents and that the campus will likely draw people to Wisconsin to work there, like Epic.

The Foxconn legislation includes $252 million in borrowing for rebuilding and expanding the Interstate 94 corridor through Racine and Kenosha counties.

Neitzel said the Foxconn bill could be “helpful” in bringing about a 2017-19 state budget, which has stalled over transportation funding.

The incentive package could pose a significant new expense to the state over its 15-year duration, according to the Foxconn study. It said the state could pay out as much as $74 million a year more in tax credits than it would collect in new tax revenue from the project.

Rep. Gordon Hintz, D-Osh- kosh, who sits on the state’s budget-writing committee, said Foxconn presents “an exciting opportunity.” But he said it’s problematic to hold a public hearing on the bill before knowing its fiscal impact to the state budget.

“I don’t know that we’ve ever had a bigger piece of legislation have less transparency, have less scrutiny, and potentially have a bigger impact on Wisconsin’s long-term future,” Hintz said.

The company hasn’t yet announced where it would locate the roughly 1,000-acre campus, but reports indicate the company is eyeing sites in Racine and Kenosha counties.

Vos on Tuesday disputed concerns from environmental and conservation groups about waiving such requirements at the state level, saying federal requirements will remain.

“In most cases, if not all, the federal process will be as rigorous as it is in any other project in the state of Wisconsin,” Vos said.

Hintz said the LCD manufacturing process, depending on how it’s done, has the potential to contaminate both air and water.

“Why we are exempting this company from those standards — and will that survive a legal challenge — is something we want to get answers to,” Hintz said.

Senate leader says Foxconn should get deadlines for job creation

Fitzgerald indicated the 2017-19 state budget and the Foxconn legislation could be wrapped up by end of August.

Wisconsin's leaders could at least ensure good wages for the proletariat.

Chris Rickert: Illinois an 11th-hour contributor to Foxconn deal? No

"Ron Johnson, I love you, baby, but that is a total nonstarter." 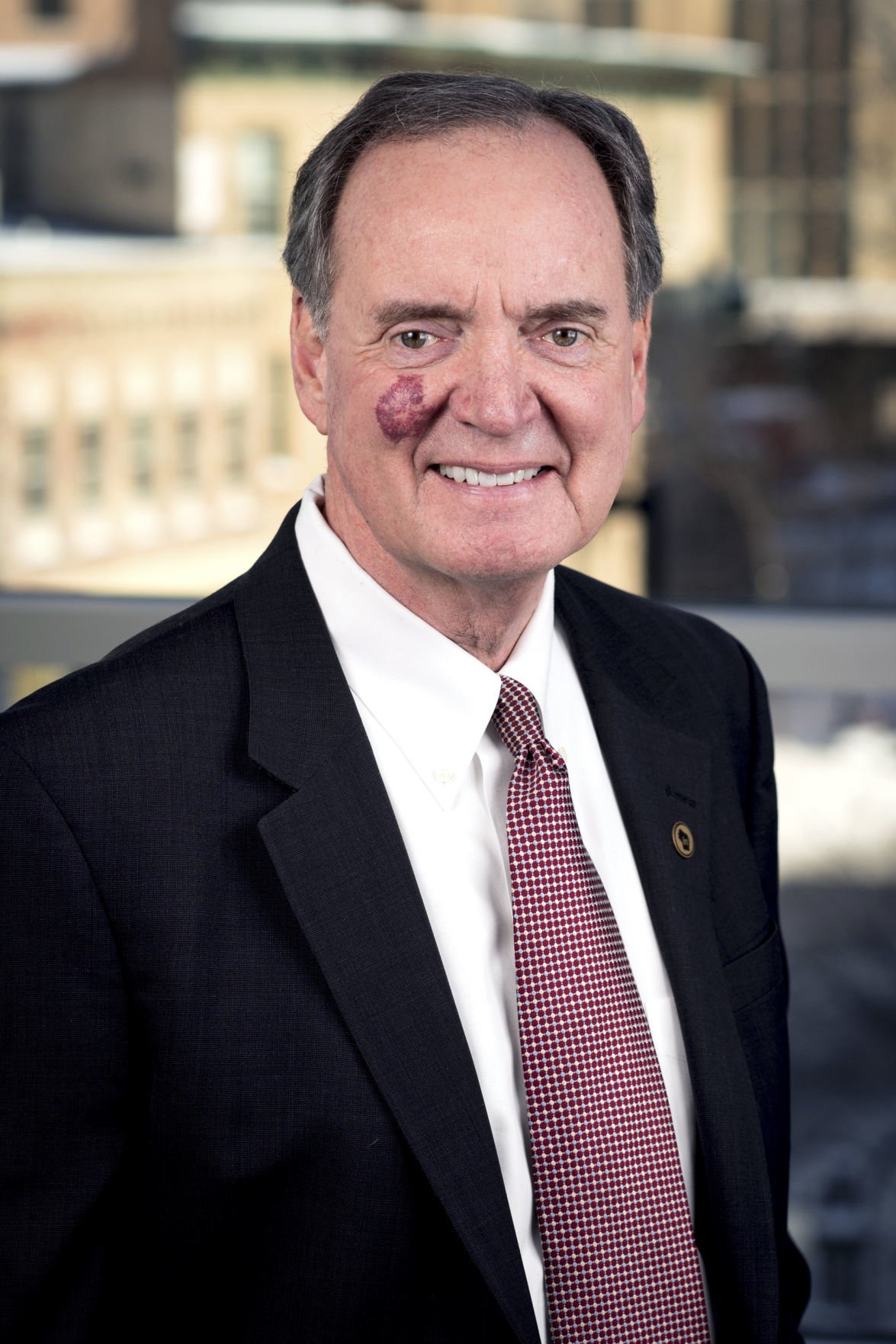