Following spending initiatives in Gov. Scott Walker's proposed budget, Republican state lawmakers are offering a series of bills intended to reduce homelessness in Wisconsin, including a high-powered council that's at or near the top of a key state advocate's wishlist.

The centerpiece legislation, sponsored by Steineke and Darling, would create an Interagency Council on Homelessness to be chaired by the governor's designee — the first to be Lt. Gov. Rebecca Kleefisch — and containing the secretaries of eight agencies that get homelessness funding.

The council, partially modeled after one in Minnesota, is directed to establish and review state policy for preventing and ending homelessness, and work with state agencies to implement policy.

[Read stories from the State Journal's Homeless in Madison project]

The bill designates a new director of the Interagency Council on Homelessness in the Department of Administration to coordinate council policy and practices. The legislation appropriates $95,000 for the position.

The other bills largely echo and support fiscal proposals in Walker's proposed 2017-19 budget, which is now under review by the Legislature.

The proposals, while not devoting huge new sums of money, help establish the issue as a priority, try new approaches and set the stage for potential investments in the future, Steineke said Tuesday.

Steineke said he hopes the council, which would include the secretaries of the departments of Administration, Health Services, Children and Families, Workforce Development, Veterans Affairs, Corrections, Public Instruction and others, will create a dynamic state plan to end homelessness. It would replace a 14-page blueprint produced in 2007 that has no metrics to measure progress, no funding recommendations and no assignment of tasks.

Asked about more resources, Steineke said, "I don't think that's out of the question down the road. I think everybody wants to make a difference in this particular area. We just want to make sure we're using taxpayer money wisely and getting results."

Joseph Volk, executive director of the Wisconsin Coalition Against Homelessness, said the state has fallen behind in addressing homelessess in the past two decades and applauded Walker's budget proposals and the legislative package, especially the Interagency Council on Homelessness.

"That's been one of our top three priorities, maybe our top priority," Volk said of the council. "What's being proposed, and what's in the budget, it's certainly a huge step forward."

The issue of homelessness rose through 2016 as Kleefisch and the GOP caucus prioritized it and the coalition offered specific policy and budget recommendations. The Wisconsin State Journal highlighted issues last year in a four-month series on homelessness.

"This package of bills draws on the same core principles that animate my interest in this issue: common sense, collaboration between agencies and a commitment to intensive wrap-around services to get people up on their feet again," Kleefisch said Tuesday.

The governor's budget and GOP legislation address nearly three-fourths of the coalition's policy and budget recommendations, with the biggest omission a program with more funding to prevent homelessness, like a temporary one in Milwaukee County that reduced eviction rates during the Great Recession, Volk said.

'Not a partisan issue'

Steineke invited support of Democrats, who have been frustrated by the lack of GOP backing for their initiatives.

"I certainly hope we can build bipartisan support," he said. "I see this along the same lines as the HOPE (Heroin Opiate Prevention and Education) agenda dealing with the opiate issue. It's not a partisan issue."

Said Volk, a self-described Milwaukee Democrat: "I believe Democrats who come forward with good ideas will be able to knock on Republican colleagues' doors and have a conversation. I'm urging Democrats to become engaged on the issue."

Current wait times for such assistance can be from a few months to a few years, Pronschinske said in a statement. "This is a fantastic step in combating chronic homelessness by working to reduce sometimes extremely long wait times for stable housing," he said.

"Although this is just the beginning, I am optimistic about the work we are doing to address this longstanding challenge," Snyder said in a statement.

"We know that finding steady employment is a crucial aspect to ending homelessness," Rodriguez said in a statement. "This is a fiscally responsible approach that has proven successful in other parts of the country."

Editorial: Pass bills for homeless, then do more

The program, called Dane County Assists with New Starts, or DAWNS, is probably the region's closest thing to a nationally-acclaimed Housing First approach.

Plans include helping the homeless prepare for jobs and a pilot program to use housing vouchers for the chronically homeless.

Madison is making progress but still needs 30 to 50 housing units to effectively end homelessness for veterans.

Democrats allege Republicans have made it harder for residents to avoid homelessness through policies on health care, renters rights, human services and a minimum wage.

But advocates said there's much more to do and suggested the state increase attention on affordable housing, case management and preventing homelessness.

Assembly Majority Leader Jim Steineke, R-Kaukauna, and others have proposed four bills that would restructure state efforts to reduce and end homelessness, adjust some current programs and test new approaches.

The bills would create an Interagency Council on Homelessness and a pilot grant program for a municipality to connect the homeless with jobs and training.

One of the bills would create an Interagency Council on Homelessness.

Up off the floor: Partnership delivers new beds to residents in city housing

Eight residents of the Triangle public housing complex received a bed Tuesday from their neighbor — UnityPoint Health-Meriter — and Steinhafels.

Madison partisan seeks bipartisanship on homelessness at the Capitol

There is hope and optimism, but not certainty, that bipartisanship can continue, and perhaps grow, on one of the state's most vexing, human-needs challenges. 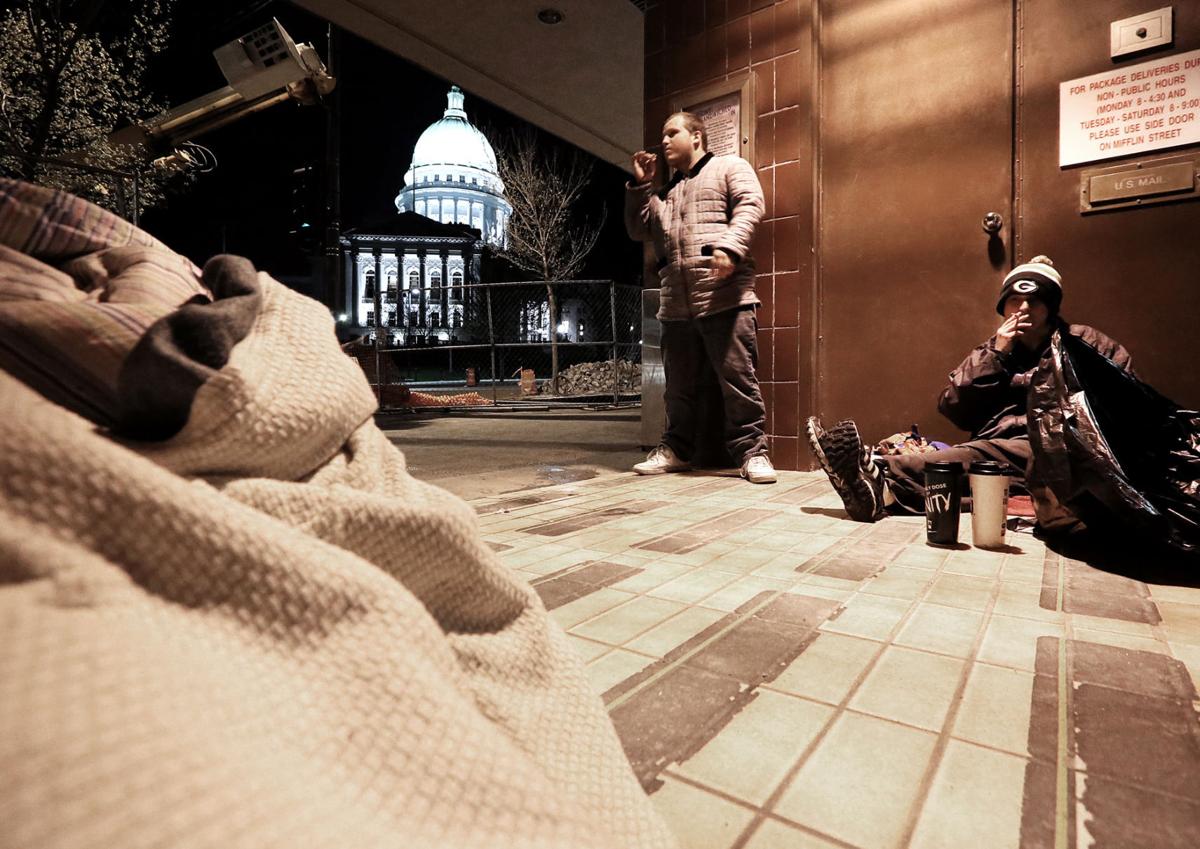 Republican state lawmakers on Wednesday proposed legislation to address homelessness in Wisconsin. The proposal follows Gov. Scott Walker's proposal to add funding for homeless programs in the next budget. 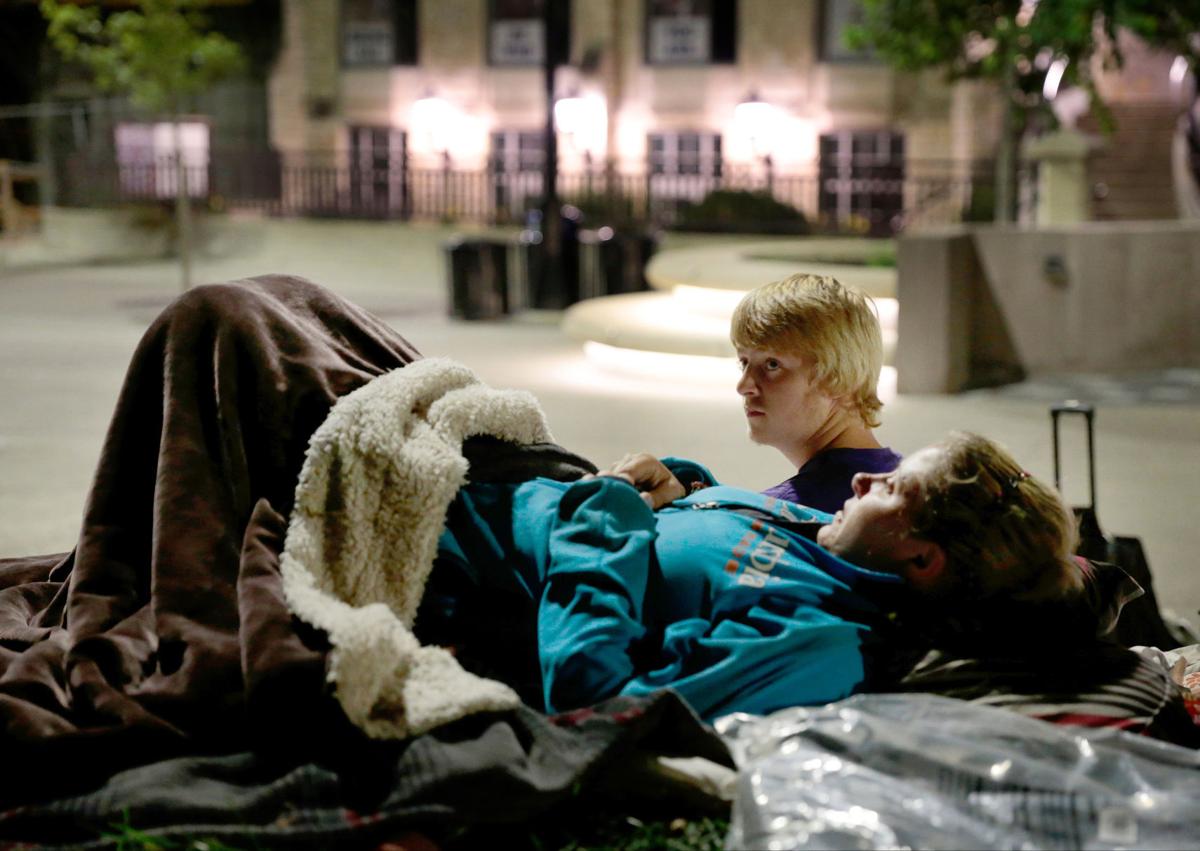 Alicia Sylvers and her son Taylor, 14, settle in for the night on a concrete bench and ledge on Library Mall near UW-Madison. 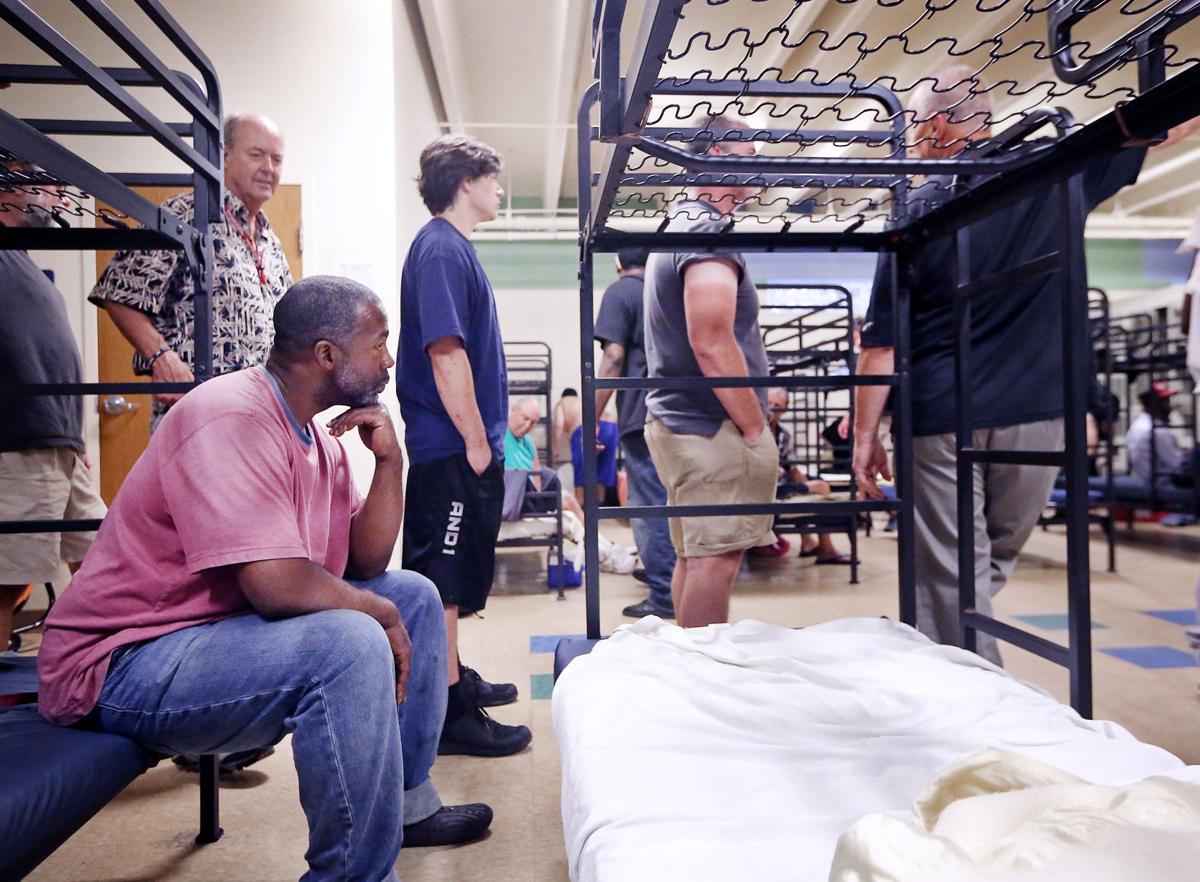 Nightly visitors to the homeless shelter for single men at Grace Episcopal Church in Madison wait in line for an evening meal.