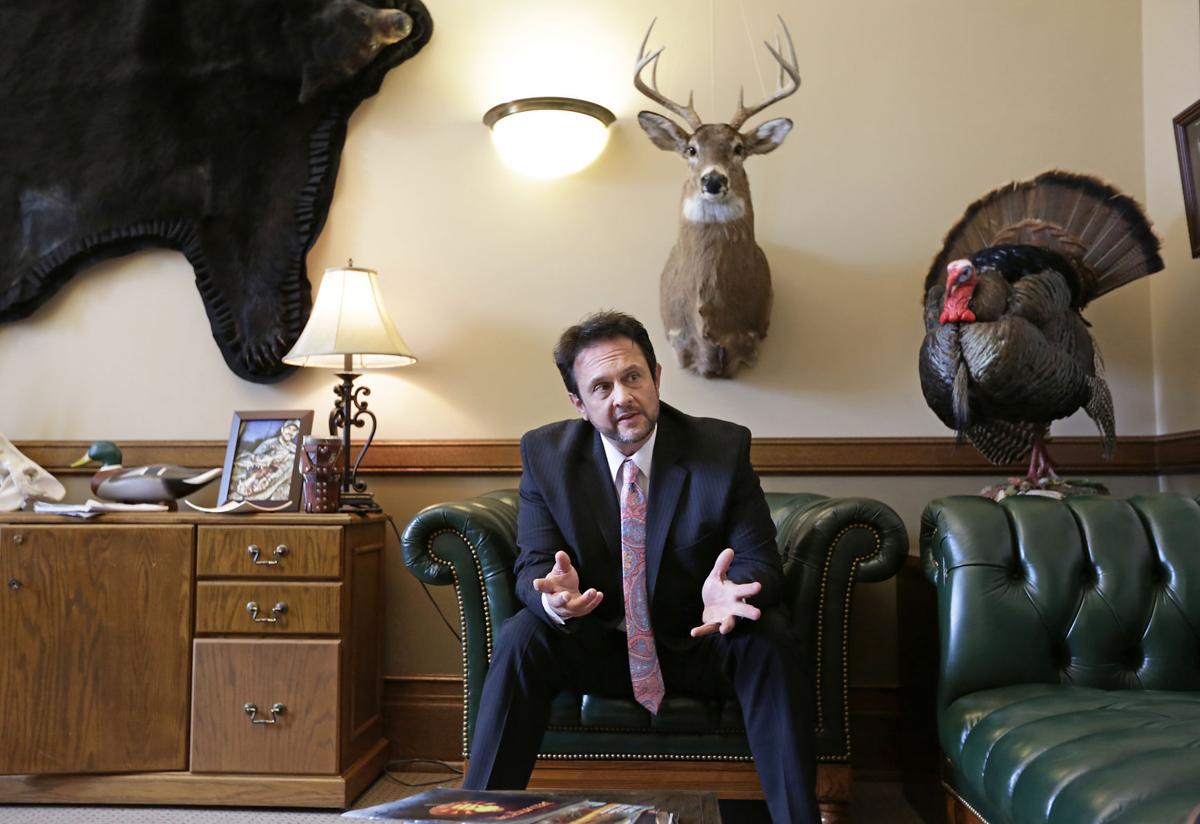 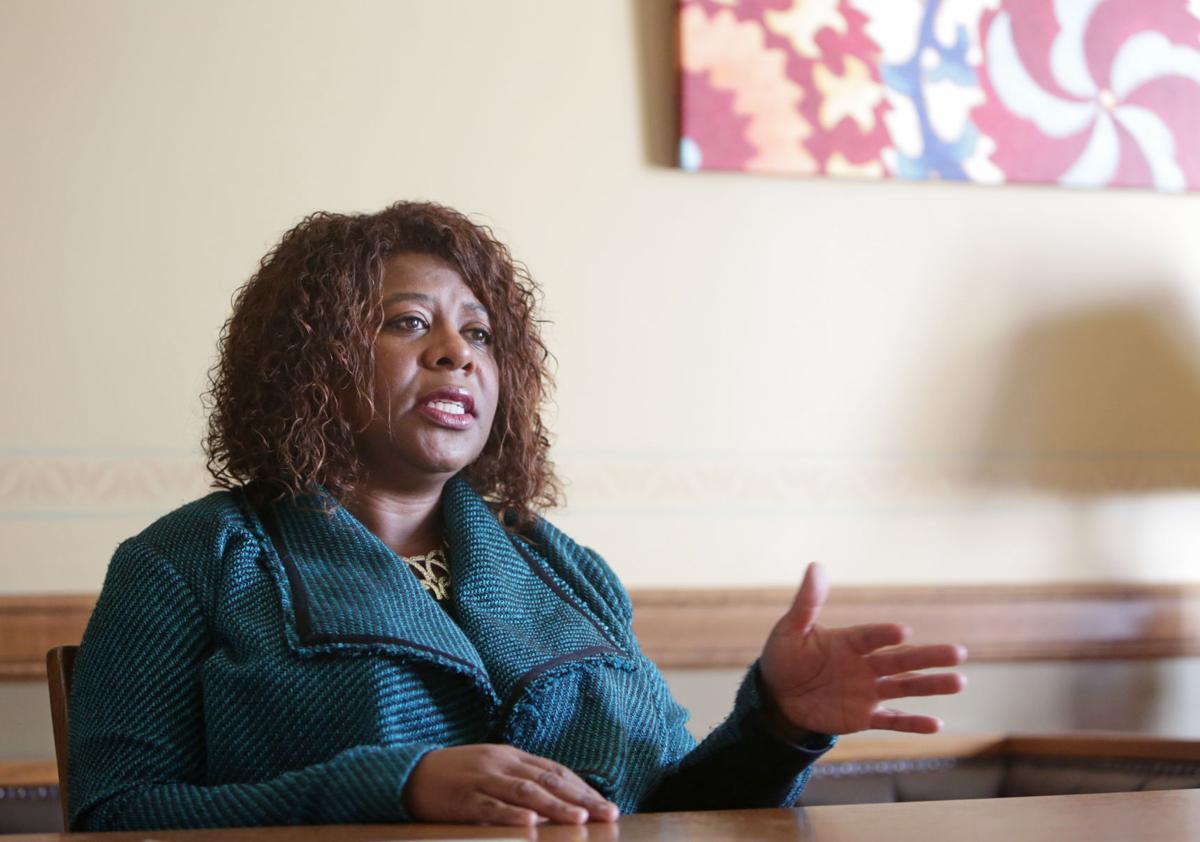 "Lincoln Hills has become so problematic that it has become almost impossible to think of any type of plan that should allow it to remain open," says state Sen. LaTonya Johnson, D-Milwaukee.

When state lawmakers voted in 2011 to approve a plan that would send the state’s most serious teenage criminals to one prison in the North Woods of Wisconsin, at least one lawmaker anticipated trouble.

“Common sense would dictate when you’re dealing with children the best way to give them any semblance of hope or chance to change, and not end up for a lifetime in our criminal justice system, is to keep them near family and community support,” Rep. Joel Kleefisch, R-Oconomowoc, said in a recent interview. “When they voted to close Ethan Allen, I was worried about the future of Lincoln Hills.”

Despite misgivings, Kleefisch voted for the plan.

The Ethan Allen School for Boys correctional facility in Wales was about 30 miles from Milwaukee, home to roughly half of the state’s most egregious juvenile offenders. By contrast, Lincoln Hills School for Boys and Copper Lake School for Girls in Irma are more than 200 miles away from the state’s largest city.

Six years later, some lawmakers from both parties have the same concerns as Kleefisch and are renewing a call to consider finding a way to keep juvenile offenders closer to home.

But a resolution is far from near: Lawmakers don’t agree on what to do now — or later, if anything. A nearly four-year criminal investigation into alleged abuses at the prison isn’t complete and a committee of lawmakers that will soon meet to start studying the long-term correctional facility needs will first tackle whether the state should build another adult prison.

Lawmakers are proposing a range of ideas including closing the youth prison within a year, closing it in future years, repurposing the facility, and keeping it open but adding regional facilities, too.

“Lincoln Hills has become so problematic that it has become almost impossible to think of any type of plan that should allow it to remain open,” said Sen. LaTonya Johnson, D-Milwaukee. “It’s been over four years and when you look at the abuse and neglect that took place before the investigation was even launched. We have kept those kids in harm’s way for too long.”

Others want a longer conversation. “I think (Lincoln Hills) needs to be part of a broader discussion,” said Rep. Mark Born, R-Beaver Dam. “(Closing the prison) doesn’t address any of the issues — it just moves the issues into a different building and that doesn’t make any sense to me.”

And Gov. Scott Walker has repeatedly expressed confidence in the prison’s operations under DOC Secretary Jon Litscher who has said he is committed to keeping the facility as is. Both Senate Majority Leader Scott Fitzgerald, R-Juneau, and Assembly Speaker Robin Vos, R-Rochester, declined to comment for this story.

Assembly Minority Leader Gordon Hintz, D-Oshkosh, argued some state and legislative leaders’ approach of silence toward the allegations surrounding the facility and the lawsuits brought since they surfaced in 2015 make it virtually impossible to make changes through a Republican-controlled Legislature.

Rep. Evan Goyke, D-Milwaukee, introduced a bill nearly a year ago to require the DOC to study whether turning to a model of regional juvenile facilities would be preferable — but it went nowhere. While some Republican lawmakers have since expressed a desire to look at regional facilities, Hintz said the lack of support for Goyke’s bill is emblematic of the Legislature’s attitude toward the allegations.

“I think the first step of any challenge is to acknowledge you have a problem and I think that is what the biggest challenge has been,” Hintz said. “It’s just been a huge failure, really … our juvenile correctional system (has) been an absolute disaster and it’s not like it hasn’t received attention. Let’s at least look at other options.”

Goyke this week will unveil new pieces of legislation to address overcrowding in the state’s adult prisons and to close and repurpose the Irma facility.

Senate Minority Leader Jennifer Shilling, D-La Crosse, said at the very least, DOC should find a way to fully staff the prison — which has had staffing shortages for years.

“I think that the majority party has had missed opportunities to step up and address it,” Shilling said. “There’s no sense of urgency from this administration to address it and they really seem to have their heads in the sand and just ignore it.”

“The comments by Senator Shilling and Representative Hintz are not an accurate reflection of DOC’s actions over the last two years,” Cook said in an email. “We have been extremely proactive and taken action in a number of areas ... We have made a host of changes that have boosted institution safety and security and enhanced education, treatment, mental health, and medical services provided to youth and we will continue to actively seek input from DOC staff and others to make further improvements.”

Meanwhile, the way the state’s juvenile correctional model is funded could make it more difficult to remove inmates from Milwaukee County from the Irma facility, as county officials want to do.

“We definitely have a long-term goal of serving our youth closer to home in smaller, regional, treatment-focused facilities that have a more diverse staff and improved education and programming,” said Chris Abele, Milwaukee County executive. “But right now the county lacks both the funding and the legislative authority to open and operate these types of facilities. Until we do, I believe Lincoln Hills should remain as an option for judges to sentence only the most serious cases.”

Sen. Van Wanggaard, R-Racine, said a “silver bullet” to fix the youth prison’s problems likely doesn’t exist — but said adding regional facilities could be a positive change and could help staff at the Irma facility keep themselves and inmates safe from the daily misbehavior from more violent inmates.

“I’m not sure what the best way is to eliminate all of that but obviously if there are some individuals that we could cull out of that population that would do better in a regional facility, that should be the consideration right from the get-go,” he said.

Abele said in the meantime, he has been working to reduce Milwaukee County’s reliance on “this outdated and ineffective model for more than five years” and accelerated the effort after allegations surfaced in 2015.

“I have always believed that Lincoln Hills and institutions based on analogous models are ineffective at best, and immoral and counterproductive at worst,” he said. “We ultimately need to change the way we address youth who engage in delinquent acts. We can’t incarcerate our way out of this problem.”

Editor's Note: This story has been changed to reflect Rep. Joel Kleefisch's vote to close Ethan Allen School for Boys.

This is the second in a two-part series about possible solutions to the crisis at Wisconsin’s juvenile prison in Irma.

TODAY: Republicans, Democrats have different ideas on how to solve problems.

Five staff members were sent to the hospital after being assaulted by inmates in separate incidents.

Rep. Evan Goyke made a presentation to a bipartisan group about converting youth prison to an adult treatment facility.

"Lincoln Hills has become so problematic that it has become almost impossible to think of any type of plan that should allow it to remain open," says state Sen. LaTonya Johnson, D-Milwaukee.