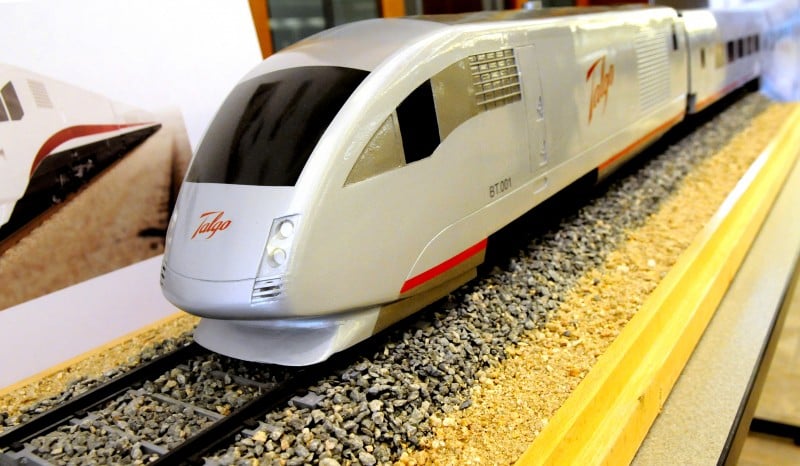 Wisconsin has lost out on a request for $150 million in federal rail money. 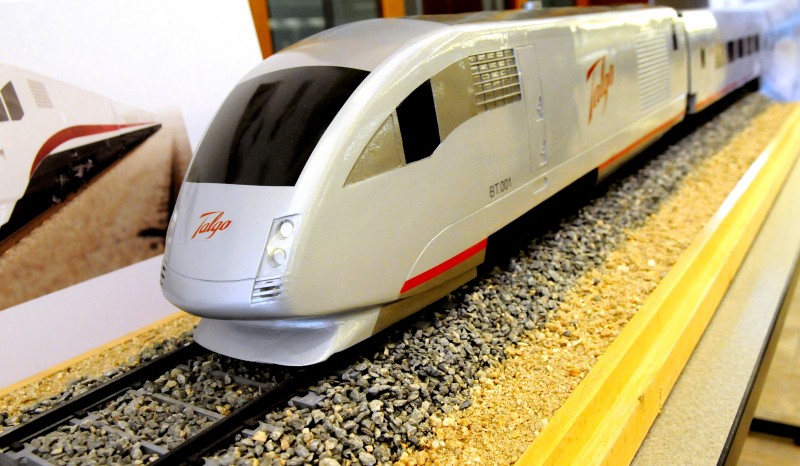 The Obama administration is taking back the $810 million awarded to Wisconsin for train projects after Republican Gov.-elect Scott Walker made it clear he will not waver in his opposition to the project.

With almost all of the money now going to 13 other states, Walker lost a high-stakes gamble — played throughout his campaign for governor — that he could persuade Congress to redirect the money to fix Wisconsin’s crumbling roads and bridges. Federal officials repeatedly said that wasn’t an option, and the money would be sent to rail projects elsewhere.

Walker claimed victory Thursday, saying the project represented “runaway government spending” and would have cost taxpayers in the long run.

“As I said along the campaign trail, we didn’t need and couldn’t afford the Madison-to-Milwaukee rail line,” Walker said in a statement.

“While I would have preferred to have the $810 million reallocated to repair our crumbling roads and bridges, I am glad that the transportation fund will not be on the hook for a minimum of $7.5 million of operating subsidies every year.”

Wisconsin will now receive up to $2 million to improve the existing Milwaukee-to-Chicago Hiawatha line. That amount won’t cover the more than $19 million needed to renovate the shed at Milwaukee’s downtown train station or the $52 million needed to build a maintenance facility for new trains. Those improvements would have been covered by the original $810 million awarded to the state.

U.S. Transportation Secretary Ray LaHood said Thursday the U.S. Department of Transportation will divide Wisconsin’s rail money and a smaller award for a similar project in Ohio — almost $1.2 billion in total — among 13 other states, including California, Florida, Washington and Illinois. Ohio Gov.-elect John Kasich, like Walker, opposed the project planned for his state.

“I am pleased that so many other states are enthusiastic about the additional support they are receiving to help bring America’s high-speed rail network to life.”

Outgoing Gov. Jim Doyle, who postponed the project after Walker continued to vow to kill it after he was elected, called the news a “tragic moment” and said he was “deeply saddened to see us take a major step backward.

“We were positioned to be not only a center of the line, but to be a manufacturing center as well. Now we are moving from being the leader to the back of the line,” Doyle said. “Eight hundred and ten million dollars that would have gone to create thousands of jobs in Wisconsin will now create jobs in other states.”

He said that after the Nov. 2 election he repeatedly tried to reach out to Walker about the train but was met with a “blank wall” and was never able to speak with him. He called Walker’s opposition to the train “irrational.”

City and state officials began plans for a Downtown train station behind the existing Department of Administration building and were anticipating it would lead to further development in the area, such as a market, parking structure and a new hotel.

“It’s something we’re going to have to take a look at,” Cieslewicz said. “It’s just too early to know” if those plans still could move forward.

Milwaukee Mayor Tom Barrett, who was defeated by Walker in last month’s election, said Walker lied on the campaign trail by saying he could get the money redirected for the state’s roads and bridges.

He added that his nightmare scenario is Wisconsin will be left out of regional train plans and lose thousands of jobs in the process.

“I think it’s a great day for California,” Barrett said.

It’s unclear whether Wisconsin will need to repay the approximately

$9 million it’s already spent on the train project or the more than $5 million it would owe in contract cancellation fees.

“Nothing’s been returned yet,” Walker said when asked about the money. “We’ve had our folks working with federal rail administration folks to sort that out. We’ll be crunching the numbers.”

Walker said he talked with LaHood on Thursday morning and was told Wisconsin would not have to repay money already spent.

Nora Friend, a spokeswoman for the train manufacturing company Talgo, called the loss of funds “terrible news” for Wisconsin, for the company and its Milwaukee manufacturing plant, and for vendors and workers throughout the state.

“It sends a terrible message to businesses that are considering coming to Wisconsin,” Friend said.

She added Talgo will close its Milwaukee plant, probably in early 2012, and likely will lay off more than half of the 125 workers it expects to have on its payroll at that time. She said she doesn’t know where the plant will relocate.

Bypassed: What killing the train means for Madison

When Gov. Jim Doyle announced in July that a high-speed rail line from Milwaukee would stop in Madison near the Monona Terrace Convention Center, Mayor Dave Cieslewicz saw vast potential for downtown.

A gubernatorial election got in the way of the $810 million high-speed rail project and now my hometown is left with an empty Pick 'n Save store that was supposed to have been replaced with a train station, the possible loss of existing jobs and railroad track that still needs repair.

The Obama administration wants to invest $53 billion in high-speed and intercity rail service in the next six years.

Several months after rejecting federal funds to build high-speed rail across Wisconsin, Gov. Scott Walker is now asking for at least $150 million to add trains for an existing Milwaukee-to-Chicago line.

The state has missed out on the latest round of federal passenger rail funding — including Gov. Scott Walker's plea for $150 million to upgrade the Milwaukee to Chicago line.

The Obama administration is taking nearly all of the $1.2 billion in high-speed rail money for Wisconsin and Ohio and giving it to other state…

The official obit has not yet been written on Wisconsin's $810 train project, but the wake of circling vultures continues to grow.

Train boosters in Wisconsin aren’t the only ones frustrated with Gov.-elect Scott Walker’s promise to kill the proposed rail link between Madison and Milwaukee: so are our neighbors to the west.

Transportation Secretary Ray LaHood made the announcement Monday to hundreds gathered in New York to assess the state of high-speed rail in the U.S.

Wisconsin has lost out on a request for $150 million in federal rail money.