After years of discussion, a dozen public hearings and hundreds of comments from the public, the state agriculture board was poised to vote on the first update to Wisconsin’s farm siting rules since they were crafted nearly 14 years ago.

However, a vote on the controversial rules — which aimed to give local governments more control over farm setbacks but drew the ire of Wisconsin’s largest farm groups — was unexpectedly tabled by the state’s former agriculture secretary as part of an ultimately failed attempt to garner some last-minute job security. The vote was canceled less than a week before it was scheduled to occur.

“It’s disgusting is what it is, and devastating for a lot of people,” said Harry Pulliam, who owns a hardwood tree farm near New Glarus. “There were hundreds of people who spoke in support of these proposed rules … to not even take a vote is a serious slap in the face.”

The Department of Agriculture, Trade and Consumer Protection board will discuss the farm siting rules during its meeting Thursday, but they are not expected to hold a vote before the proposal’s statement of scope expires in February, meaning any changes to ATCP 51 are likely to be shelved.

“We do not expect these proposed changes to move forward any further in the rule-making process,” DATCP spokeswoman Grace Atherton said.

Sara Walling, administrator of DATCP’s division of Agricultural Resource Management, said she anticipates staff will revisit the matter next year, but doing so restarts a 30-month rule-making process and redrafted updates to the state’s farm siting rules likely won’t come before the board for several years.

“I would anticipate that we will pick it up again sometime in 2020,” Walling said. “As you can imagine we’re not super ambitious with getting that going for a number of reasons, because we certainly hit a bit of a headwind on some of the main points of our rule draft that people had the most heartburn over.”

Walling added that DATCP’s staffer most familiar with the state’s farm siting rule has taken a new position, so filling that role would have to take place first.

Local counties or townships do not have to require permits, but if they opt to, the state siting law provides the framework. More than 130 local governments have implemented the standards.

The siting rule must be reviewed every four years and, after the 2014 review, a statement of scope was drafted and signed in December 2015.

The final draft of updated siting rules included several proposed changes, including increased setbacks from property lines for livestock and manure structures, required odor management plans and rules to put more of the financial burden of the permitting process on the applicant, rather than the local entity.

Under current rules, manure storage facilities must be up to 350 feet from a property line or public right of way, while livestock structures have a setback ranging from 100 to 200 feet.

Proposed rules would have increased setbacks to a range of 350 feet to more than 1,000 feet for both manure storage facilities and livestock facilities.

Kara O’Connor, government relations director with the Wisconsin Farmers Union, in a November letter urged the DATCP board to approve the proposed update to Wisconsin’s farm siting rules, which she described as out of date by today’s farm sizes.

Along with the Wisconsin Farmers Union, some rural landowners and state environmental groups have applauded the proposed siting updates as long overdue and necessary to protect waterways and property owners’ rights.

Lisa Doerr, who farms 80 acres of commercial forage in the town of Laketown in northern Polk County, said she was a strong proponent of updated rules, especially considering a large-scale hog operation being planned near her property.

“It’s not odor. It’s hydrogen sulfide, it’s methane, it’s air pollution,” Doerr said. “When you’re out here and you have some developer talking about a $20 million hog facility, with 26,000 hogs in it, 100 feet from the neighbors — that’s very real.”

DATCP has said the proposed rule changes are expected to have little impact on existing farms statewide, affecting fewer than 1% of livestock operations in the state.

However, opponents accused DATCP of ignoring input from farmers while crafting the rules and argued the changes would harm the state’s already reeling farm industry.

In September, more than 10 of the state’s largest agricultural groups — including the Dairy Business Association, Wisconsin Dairy Alliance, Wisconsin Farm Bureau and Wisconsin Manufacturers & Commerce — signed a joint statement in opposition to the rules, arguing they would cause further harm to Wisconsin’s embattled farm industry.

“You had so many public ag groups say, ‘Don’t do this, don’t move this forward, we need to go back, we need to renegotiate, we’re pretty far apart,’” said Cindy Leitner, president of the Wisconsin Dairy Alliance, which is made up of large concentrated animal feeding operations (CAFOs). “Why did it keep moving forward?”

In October, a final draft of the rule updates included significant setback reductions for some structures. However, a letter sent the following month to DATCP signed by 20 agriculture groups argued the rules still were unworkable and requested they be rejected.

Scott Manley, executive vice president of government relations with WMC, the state’s largest business group, argued the proposal failed to meet a Wisconsin statute that requires rules to be practicable and workable, cost-effective and designed to “promote the growth and viability of agriculture” in the state.

While regulations are rarely seen as good for business, Manley said agriculture groups are more than willing to come to the table. He added that the proposal before the DATCP board went too far.

“The idea that making unworkable changes that would threaten the viability of farms that are already regulated is evidence that nobody is willing to tolerate any regulation is laughable,” Manley said.

Vos and Fitzgerald said in the letter DATCP was “creating a solution in search of a problem” and noted that, as written, proposed updates would likely be rejected in committee and sent back to the department.

State Sen. Steve Nass, R-Whitewater, lambasted DATCP in a September statement and said he would seek to block the proposed rules if necessary.

On Nov. 1, Fitzgerald told Democratic Gov. Tony Evers that Pfaff, who was appointed by the governor earlier this year, did not have enough support among GOP lawmakers to be confirmed by the Senate. Hours later, Pfaff announced the board’s vote on ATCP 51 had been postponed.

DATCP’s farm siting rules, as well as Pfaff’s July criticism of the Legislature’s budget committee for failing to release funds for mental health assistance to farmers and their families, were cited by Republicans who voted against Pfaff’s nomination.

After the vote to fire Pfaff, Evers acknowledged that the DATCP board suspended the farm siting vote in an effort to appease GOP senators.

While the siting rules became part of the latest partisan clash between Evers and Republican lawmakers, who hold the majority of the Legislature, Pulliam argued the matter should be nonpartisan.

“It doesn’t matter whether you have an R or a D on your license plate,” he said. “This is a public health issue. It’s a property values issue.”

But Walling said siting, specifically telling someone where a facility can or cannot be located, always comes with a level of controversy or political opinion.

While it’s uncertain when proposed revisions to the rule will come back before the board, or what they will entail, Walling said the last several years of input from landowners, agricultural groups and environmental advocates will be taken into account.

“I can promise that the department will take each one of those comments that were received and carry those with us forward in whatever direction we decide to take with livestock siting in the next year or two,” Walling said. 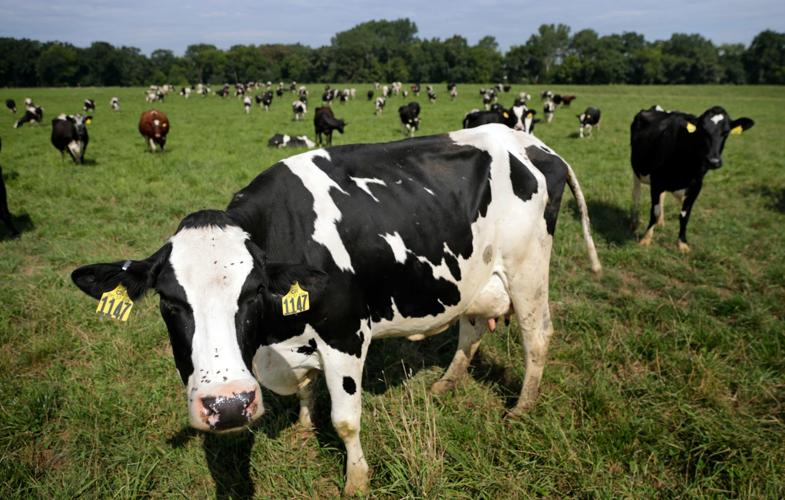 Farm siting rules will be discussed by the state Department of Agriculture, Trade and Consumer Protection board during its meeting Thursday, but any proposed changes are likely to be shelved. 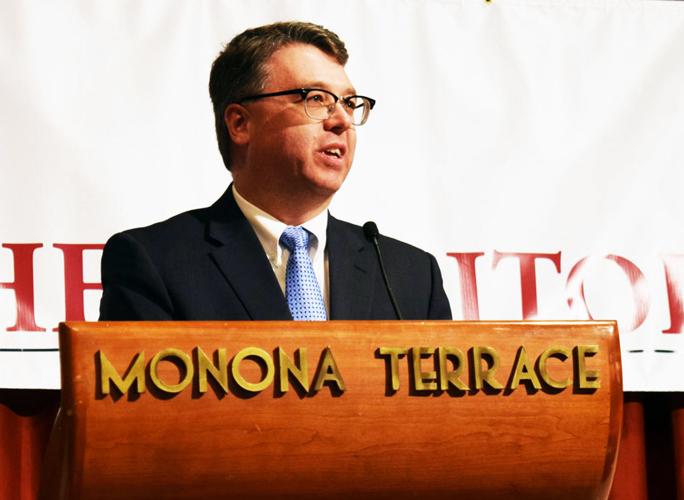 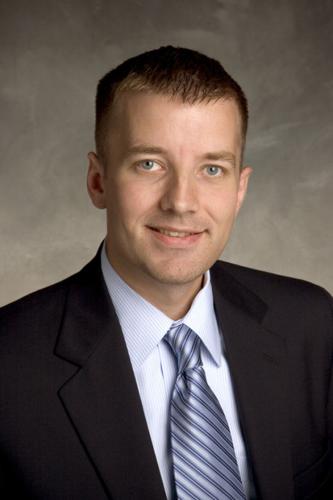 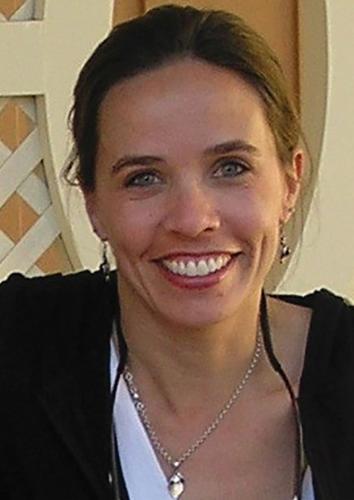 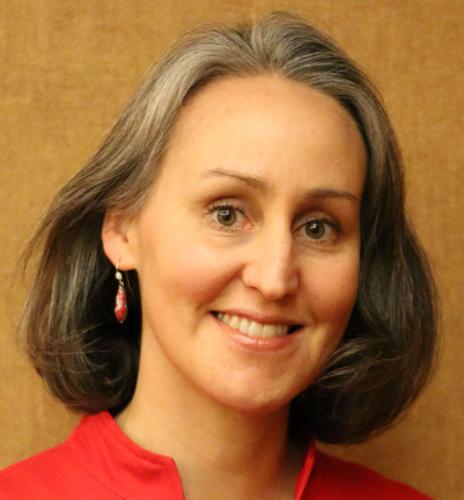