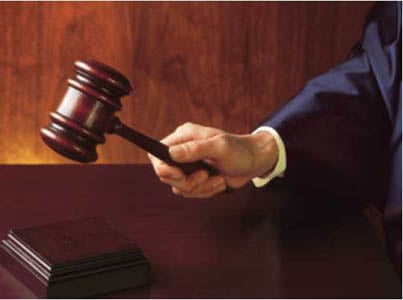 The voting rights of Milwaukee's Latino community would be "significantly diminished" under the redrawn voter maps that the Republican-led Legislature passed last year, an expert witness testified Thursday.

The maps, which are being challenged by Democrats and an immigrant-rights group, are the subject of a two-day federal trial to determine whether the new boundaries were drawn constitutionally or whether the maps will need to be redone.

The plaintiffs filed a federal lawsuit against the Government Accountability Board seeking to prevent the agency from using the maps in new elections.

A panel of three federal judges is hearing the case after a two-day delay in which they showed some reluctance to hear the case. Saying the issue of redrawing election maps is better handled by lawmakers than by the court, they twice encouraged attorneys to persuade lawmakers to voluntarily review the maps. Both times, Democratic leaders signaled their willingness but Republican leaders refused.

New maps are drawn every 10 years to account for changes in the most recent census. The law requires that any modifications from the previous maps be as unintrusive as possible.

Moving people between voting districts could mean they're no longer represented by the elected leaders for whom they've voted. Also, because of the way certain state races are staggered every two years, some voters could conceivably have to wait an additional two years to cast ballots for certain offices.

Among the early witnesses called Thursday was Kenneth Mayer, a political-science professor at the University of Wisconsin-Madison. He cited his analyses that showed that Assembly Districts 8 and 9 in Milwaukee, which have high Latino populations, were redistricted in a way that could weaken the Latino community's voting power.

He said to make District 8 about the same size as the state's other 98 Assembly districts, boundary lines needed to be adjusted to add about 2,800 people. Instead, the new maps added nearly 26,000 people and shifted out some 23,000, resulting in far more people being moved than was necessary.

Christine Neumann-Ortiz, a director of Latino group Voces de la Frontera, testified that the new maps would make it harder for Latino voters to elect candidates who shared their views on immigration, education and workers' rights.

Daniel Kelly, an attorney for the Government Accountability Board, asked her whether she would favor maps that brought more Latinos into the neighborhood. She said population numbers were just one factor, in addition to considerations such as whether those Latinos were of voting age, had a history of voting or were legal citizens who could vote.

In her opening statement, defense attorney Maria Lazar said the new maps have already been passed by the Legislature and are to be presumed constitutional.

"The process of legislation is not on trial," she said. "That body does not have to draw a map that satisfies everyone because that would be impossible."

The trial is expected to last until late Friday. If the judges rule that the new maps are unconstitutional, they could choose to have the courts make new maps, as has happened in each of the three last redistricting efforts, or order the Legislature to take up the matter again.

Supporters of Wisconsin's new election maps told a panel of federal judges that the revised boundaries could help Hispanics gain voting power. Democrats and Hispanic advocacy groups, however, said the maps would make it harder for minority communities to elect their own candidates.

Federal judges say lawmakers can and should redraw voter districts

A trial to determine whether the state's new election maps are constitutional has been delayed by a number of issues, including an assertion by lawmakers that the state constitution prevents them from making changes to the maps approved last year.