The Evers administration said it’s spearheading a last-ditch effort to save Agriculture Secretary Brad Pfaff from being thrown out of his post by Senate Republicans on Tuesday.

Joel Brennan, Gov. Tony Evers’ administration secretary, said he’s lobbying Senate Republicans to join Democrats on a motion to indefinitely postpone a confirmation vote for Pfaff that would almost certainly lead to his removal from office.

Evers has refused to fire Pfaff. His nomination remains on Tuesday’s Senate calendar, so his fate rests in the hands of Republican senators.

Brennan declined to specify which Republican senators the administration is persuading to help prevent Pfaff’s ouster, though he said he’s working to ensure the senators who approved Pfaff’s nomination in committee to express their support on Tuesday.

Brennan said he hasn’t yet spoken directly to Fitzgerald about the matter. Brennan praised Pfaff for being a well-qualified secretary and an advocate for Wisconsin farmers.

“He’s the most capable person that this governor has chosen and designated to do this,” Brennan said.

Pfaff’s Department of Agriculture, Trade and Consumer Protection has also been under fire for proposed updates to the state’s farm siting regulations. The proposed regulations would update the state’s nearly 14-year-old livestock facility siting rule ATCP 51, which is used by participating local governments to set standards and procedures — focused on setbacks from property, management plans, odor, nutrient and runoff management and manure storage facilities — that must be followed by new or expanding livestock facilities.

If the administration fails in its effort and Pfaff is fired, Evers isn’t ruling out elevating current deputy secretary Randy Romanski to the role of secretary and giving Pfaff Romanski’s job.

A handful of agricultural associations have expressed support for Pfaff’s confirmation, including the Wisconsin Agri-Business Association and Wisconsin Cheese Maker Association.

Wisconsin law establishes that cabinet secretaries are appointed by the governor “with the advice and consent of the Senate.” 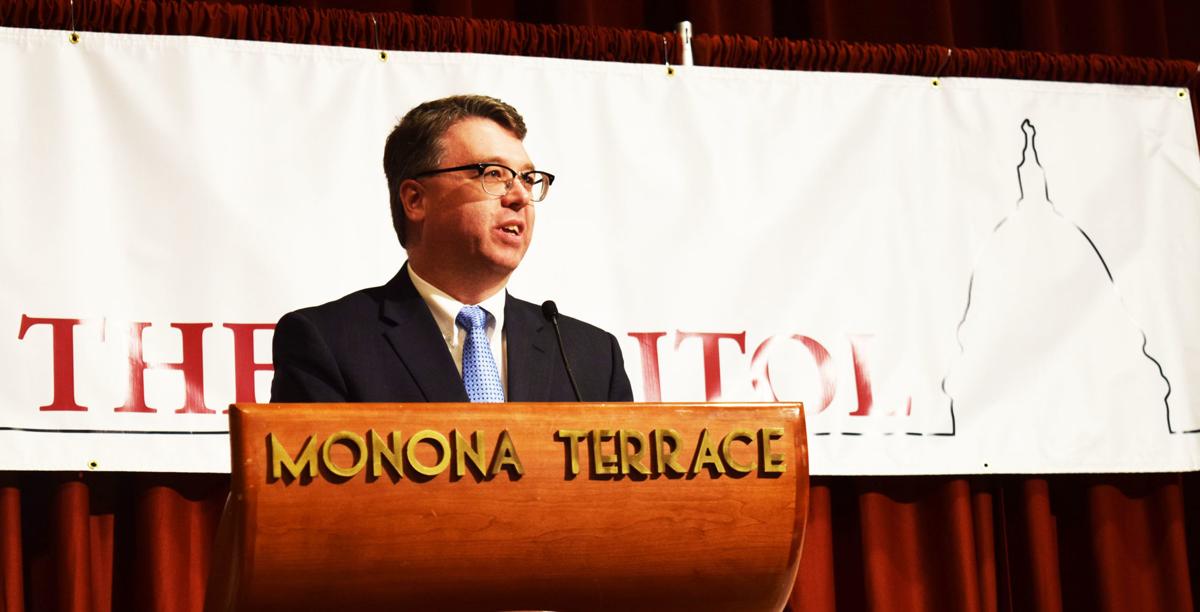 Wisconsin Agriculture Secretary-Designee Brad Pfaff at Ag Day at the Capitol in March speaks to members of the Wisconsin Farm Bureau Federation and several other agricultural organizations.