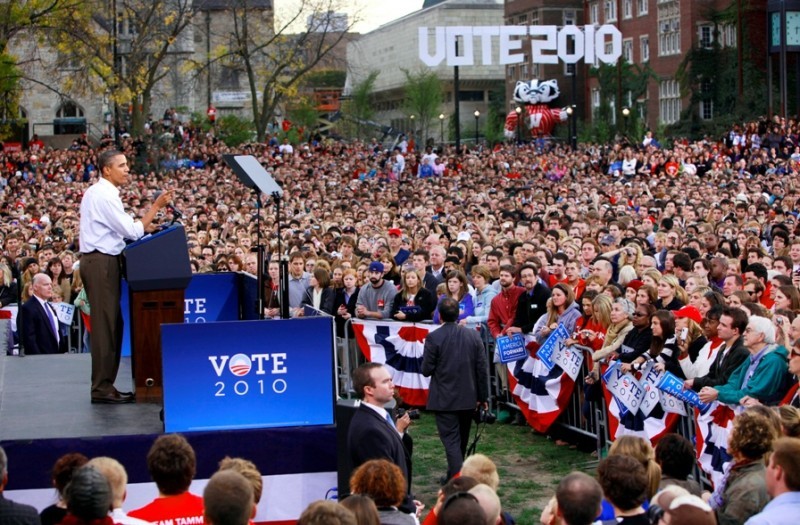 President Barack Obama speaks in September 2010 during a rally at Library Mall on the UW-Madison campus. 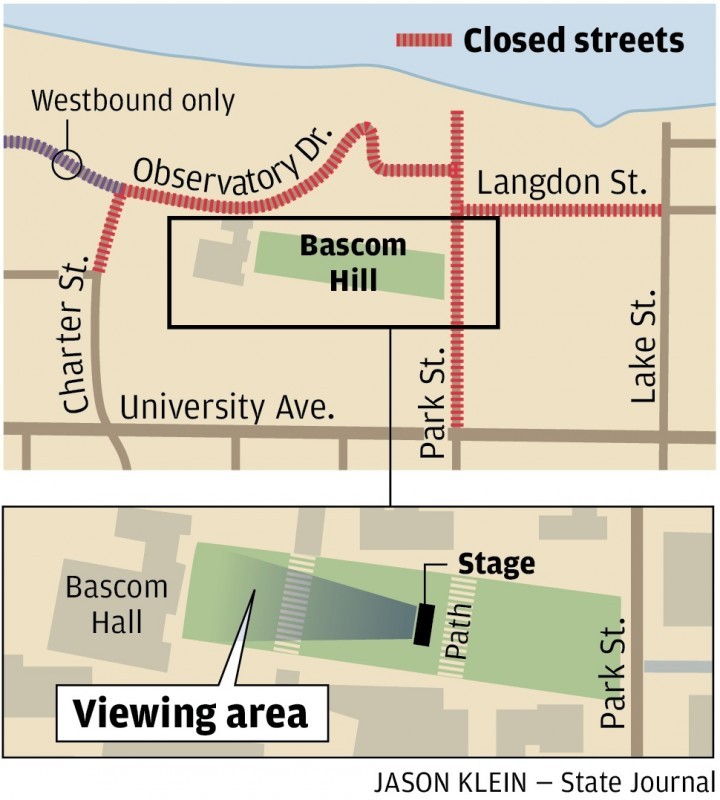 A trio of high-profile UW-Madison professors went public Wednesday with concerns about President Barack Obama's planned Thursday campaign rally, saying students who want to attend are unfairly being required to supply a phone number and email address to the campaign, even having to click "I'm In" to get a free ticket at the campaign's website.

"If you want to go to this hugely important and interesting event you have to register with the campaign," said political science professor Donald Downs. "That raises questions."

Vince Sweeney, vice chancellor for university relations, said the university takes the concerns seriously and will respond formally but hadn't done so as of Wednesday night. In linking to the Obama campaign's registration site on the university's website, the university sought to provide as much information as possible to interested attendees, he said.

"We don't manage the (Obama) link, we're not collecting that information, and ultimately if it's a problem for those wishing to attend, it's an individual decision" whether or not to provide an email address and phone number, he said.

Sweeney said the campaign approached the university about holding the event at Bascom Hill, and the university decided it could make the site work, noting there are advantages for the university in showcasing a central attraction on campus. Obama also visited campus in 2010, that time holding a campaign rally across the street at Library Mall.

Obama's campaign will pay UW-Madison $15,000 for Thursday's rally, an increase of $4,500 from the president's last campaign stop at the university, Sweeney said. The university also will bill the campaign for other expenses related to the visit such as setup and equipment. For Obama's last visit, those expenses came to about $2,000, Sweeney said.

Police and other public safety costs will be borne by taxpayers. For the 2010 visit, those costs added up to about $260,000.

In his letter, Mayer criticized the location.

"It hardly seems appropriate to shut the central campus down for an entire day, closing offices and seriously disrupting our mission," he wrote. "I have several colleagues who had scheduled exams for Thursday. Surely there were other venues that would pose less disturbance."

University staffers in buildings shut down by Thursday's event were encouraged by administrators to take a vacation or personal day, rearrange their hours before and after Thursday to make up for lost hours or work from home or a different location, Sweeney said.

"This is what pushed me into the seriously annoyed category," Mayer wrote. "The UW is penalizing staff (or, at a minimum, dramatically inconveniencing them) for an event that they had no say in organizing or scheduling."

One day before President Barack Obama was scheduled to arrive in Wisconsin for a rally at UW-Madison, a new poll showed him leading Republican challenger Mitt Romney by 11 percentage points in the state.

As he faces burdens of the world, one challenge has eased for President Barack Obama since he last visited Madison: pronouncing the mayor's name.

Excitement over president's visit a mixed bag on campus

President Obama's visit Thursday is his third in Madison as president, second on the UW-Madison campus.

Why would President Barack Obama head to Madison for a rally the day after his first debate with Republican challenger Mitt Romney? Why wouldn't he?

Interactive breakdown of the presidential campaigns

An interactive on the 2012 election with polls, profiles and fundraising data

President Barack Obama speaks in September 2010 during a rally at Library Mall on the UW-Madison campus.