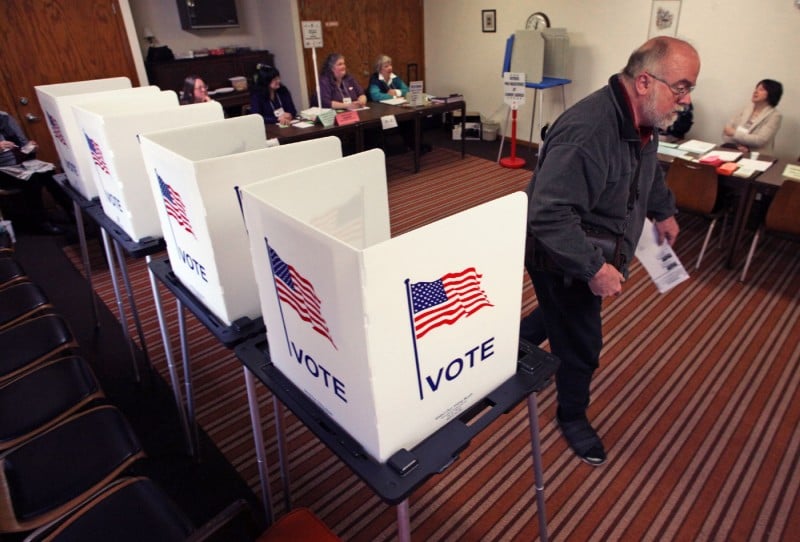 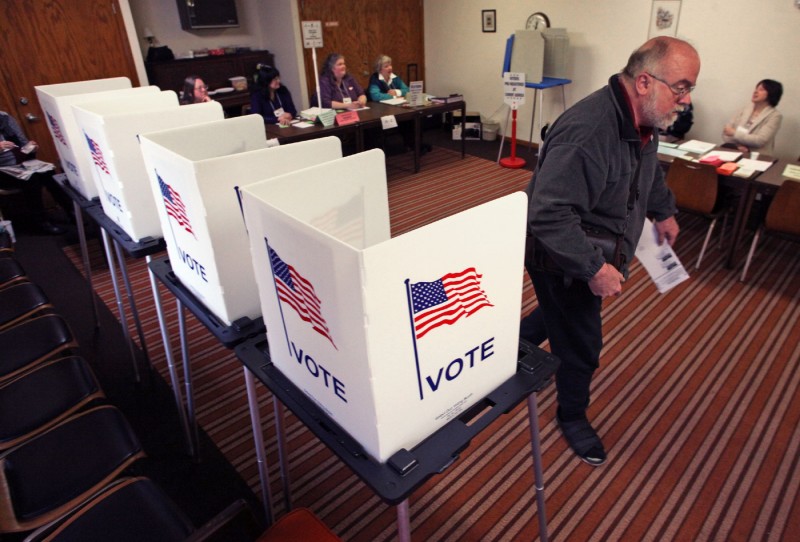 Don't forget to vote on April 3.

The state’s new voter ID law had a soft opening Tuesday, with low turnout in the spring primary giving poll workers the chance to fix any kinks before the bigger April election.

Local election officials reported no problems enforcing the new law as people in about 520 of Wisconsin’s 1,850 cities, villages and towns voted on local races. In Dane County, they cast ballots in a judicial primary, while some also winnowed the candidates for two County Board seats and weighed in on a school referendum.

April’s elections are expected to be much bigger, especially with a presidential primary on the ballot, so Tuesday’s sparse ballot provided local officials a more relaxed rollout for the new law, which requires all voters to show a photo ID before getting a ballot.

The smooth start to the law was good news for many of the state’s clerks who worked to prepare voters for the changes. The city of Madison put on 259 voter outreach sessions since September.

"It looks like people got the word, so that’s good," said Madison City Clerk Maribeth Witzel-Behl.

The controversial law is the biggest change to state elections since 18-year-olds started voting in the early 1970s. Republicans who pushed for the requirement say it was a matter of election integrity. To Democrats, it’s a solution to a problem that doesn’t exist, and one they fear will disenfranchise people without IDs.

City election officials held a mock election in October to prepare for the law, and they are in the process of conducting some 40 training sessions for poll workers.

By 11 p.m. Tuesday, only about 18,112 of Madison’s more than 165,000 registered voters had turned out, about 11 percent of the total. Out of that, officials reported only two cases of voters without proper identification. They cast provisional ballots and can present ID later.

"Most of my workers are new, so this has been a blessing," said G.A. Dietz, chief inspector for Madison’s Ward 45 at Lapham Elementary School, where only 77 people had voted by noon.

Probably the biggest turnout of the day was in Oregon, where 4,713 showed up for a $33 million school building referendum. That would mark about half of the village’s registered voters. Village Clerk Tracey Berman said as of Tuesday afternoon, only one person showed up without a photo ID.

Richard Saks, an attorney for Voces de la Frontera and the NAACP, said the organizations fielded calls Tuesday about possible voter problems, though he declined to say how many. The two civil rights organizations have sued to overturn the new law.

The state's new voter ID law had a soft opening Tuesday, with low turnout in the spring primary giving poll workers the chance to fix the few …

If Tuesday's primary was any indication of things to come, recent Dane County Circuit Judge appointee Roger Allen's re-election bid could be i…

Voters in Madison and Stoughton whittled down the number of candidates who will be on the April 3 ballot for Dane County Board.

The Oregon School District won't move forward with a plan to spend $33 million on school improvements and athletic facilities.

Don't forget to vote on April 3.