Over 165 years, the congregation of St. John’s Lutheran Church in Downtown Madison has always been willing to change for the sake of ministry, the Rev. Peter Beeson said.

Now the church is planning for its most dramatic change ever with a proposal to demolish its building at 322 E. Washington Ave. for a $25 million to $31 million, 10-story redevelopment that would feature a new sanctuary, community spaces and offices on the first floor, topped by nine floors of mostly lower-cost apartments with below-ground parking.

The idea, long under discussion, is to sustain the church and its service mission but create more community spaces and much-needed affordable housing in a part of the city that’s rapidly changing, Beeson said.

“St. John’s has a long history of helping people,” he said. “We want this to be a thriving place. This is an opportune time to go forward and make it happen. It feels like something God is calling us to do.”

The congregation and its developer and architect are still developing concepts, but part of the discussion involves preserving the church’s colorful stained-glass windows and its ornate woodwork.

“The redevelopment concepts are very preliminary at this point, but so far I do appreciate the idea of St. John’s keeping space in a new building for their church operations and for some version of the important social service options that they have hosted in the past,” said Ald. Patrick Heck, 2nd District, who represents the site. “If they add apartments above the church spaces, it is important that they be truly affordable.”

Heck has scheduled an online neighborhood meeting on the early concepts for 7 p.m., Aug. 18.

“We want the neighborhood to be very involved in this,” Beeson said.

The church is steeped in the city’s history, but its facilities have been ever evolving.

The congregation is significant as a German parish that has gathered in the city since 1856 with an original church on West Main Street, city preservation planner Heather Bailey said.

The current structure is the third church built for the congregation, and the second on the site at the corner of East Washington Avenue and North Hancock Street, Bailey said. It was built in 1905 and designed by noted Madison architects Claude & Stark, she said.

In the early 1950s, St. John’s expanded by adding a new parish hall building with an indoor basketball court to give young men in the community a positive place to be, church records say. A decade later, the front of the church was extensively remodeled, changing it from the classic structure to one more emblematic of the era. The gymnasium was converted to office space.

Then, in 2010, the congregation moved the main social space from the basement to the first floor, reducing the size of the sanctuary and adding two windows along East Washington Avenue. Doing so allowed the congregation to provide more space to ministry partners who work with the homeless and formerly incarcerated people through its Off the Square Club overnight homeless shelter — before the COVID-19 pandemic struck — and Backyard Mosaic Women’s Project.

“You can still see a remnant of the Claude & Stark building on North Hancock, but most of the original decorative details are gone,” Bailey said. “There is also a portion of what remains of a 1925 Balch & Lippert-designed Sunday school wing facing onto East Washington.”

“There’s a history and a story to this property,” she said. “It has undergone quite a lot of physical changes over time, and reinventing the structures on the property is part of the ongoing history of the St. John’s Lutheran congregation in Madison.

To proceed, St. John’s chose Brad Binkowski — co-founder of Urban Land Interests — and his son, Mark, who are partnering with the church on the project and whose efforts will be supported by ULI, which has done many Downtown projects. ULI would manage the completed project.

“To work with a group that has the history and legacy of St. John’s, a one-of-a-kind development, is a unique opportunity that we are excited to be part of,” Mark Binkowski said.

The site is across the street from LZ Ventures’ 10-story project, now under construction, and which will hold about 150 apartments, commercial space and underground parking.

The focal point of the building is going to be St. John’s reimagined sanctuary and worship space on the ground floor, with the church retaining prominent space at the corner that will be visible along East Washington Avenue, Binkowski said.

The Binkowskis are working with the architectural firm Potter Lawson to understand how they can retain some of the current church’s key architectural features, like the stained-glass windows, and incorporate or reimagine them for the new building, he said.

“St. John’s intends for its ground-floor space to be an open and welcoming community/neighborhood center,” he said. “They will create space for their many partnering organizations to continue providing the important services and work they do today.”

The concepts show an outdoor fellowship terrace and main entry mid-building on East Washington Avenue, with gathering and fellowship space, a sanctuary, offices, community and arts and crafts rooms, space for nonprofit partners, kitchen and storage.

A lower level would offer a lobby for residents and amenities, with two levels of parking below.

“This is not intended to be another market-rate apartment project with some affordable apartments thrown in,” Binkowski said. “The goal for this development is to provide the greatest number of truly affordable apartments, in keeping with St. John’s mission. That alone makes it unique and different from much of the other housing being built Downtown.”

The small site, however, requires concrete construction to maximize the density and underground parking, which means higher construction costs but less income because of the lower-cost housing, he said.

St. John’s will be seeking financial support from the city’s Affordable Housing Fund as well as tax credits through the Wisconsin Housing and Economic Development Authority, Beeson and Binkowski said.

The project will only be feasible if the developers are able to secure buy-in from the city to provide meaningful support, as well as from the other individuals and organizations in Madison that are working to address the lack of affordable housing, they said.

If city approvals are secured, the partners hope to break ground in the second half of 2022 and complete the building in 2023 or 2024.

Madison looks to redevelop housing at 'the Triangle' Downtown

The move has residents both excited and wary, despite assurances no one will lose housing as a result of the effort, which may involve renovation, demolition and new construction, or both.

"Bayview’s model is grounded in community building, not building buildings. That difference puts residents’ voices at the center of the design process."

"Hotels present a much more practical, feasible opportunity for conversion to residential than most other building types."

"Why would I have a showroom with area rugs on it if I think it's any rain?" Rubin said. 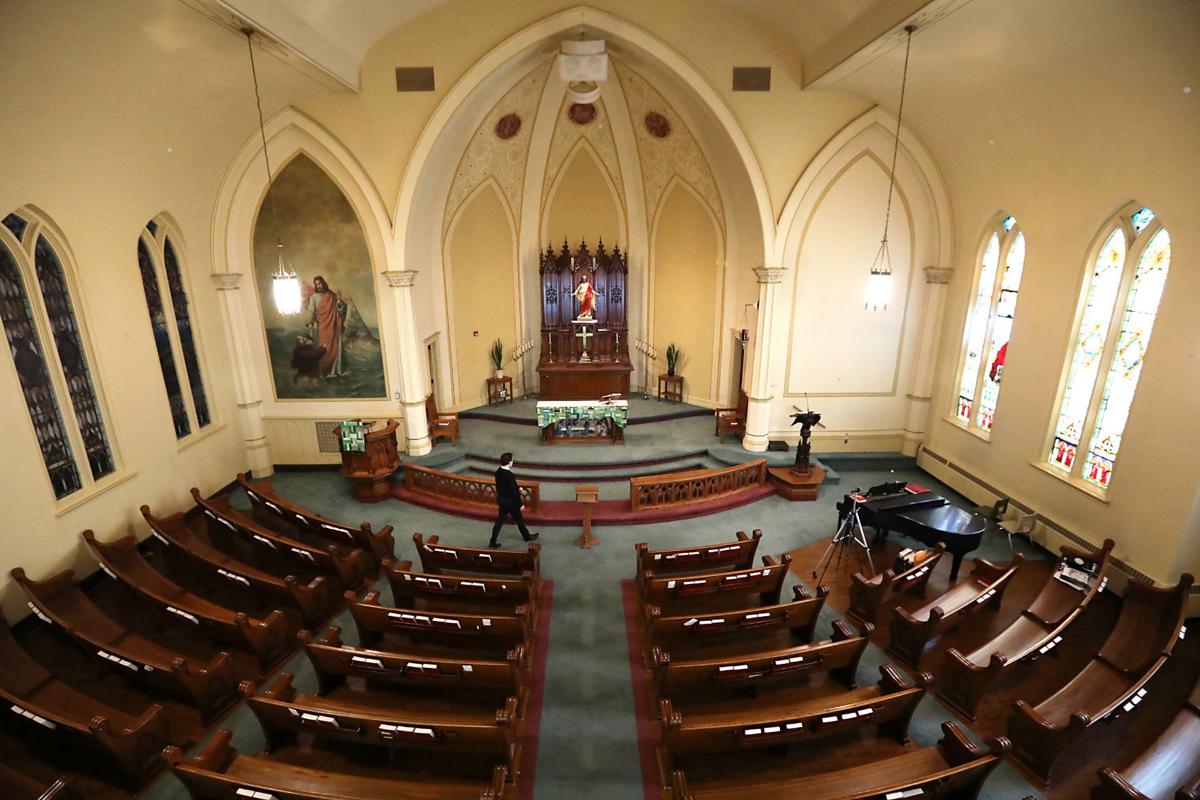 The sanctuary at St. John's Lutheran Church, built in 1905 at 322 E. Washington Ave. The church is looking at a redevelopment that would raze the existing structure but preserve some of its key elements for a 10-story project with a new sanctuary, community and nonprofit space, low-cost housing and parking. 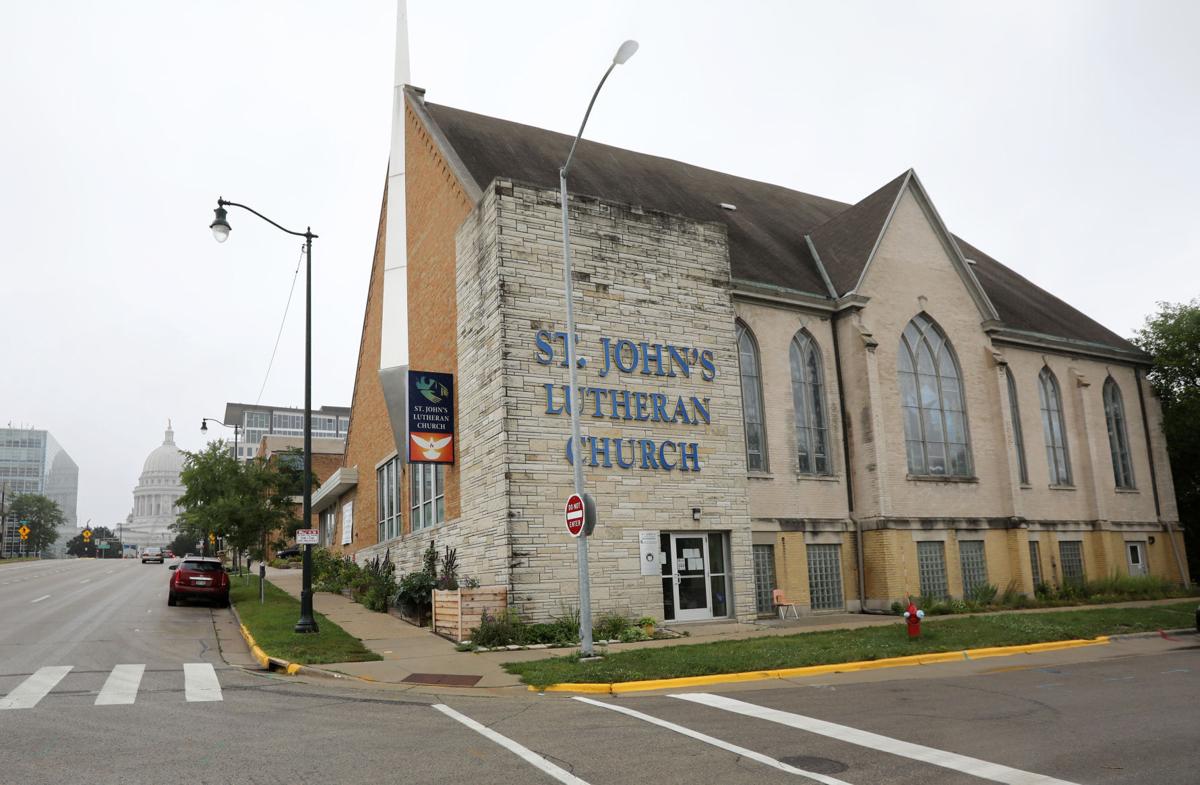 The current St. John's Lutheran Church, built in 1905, is the third built for the congregation and second at its current site. 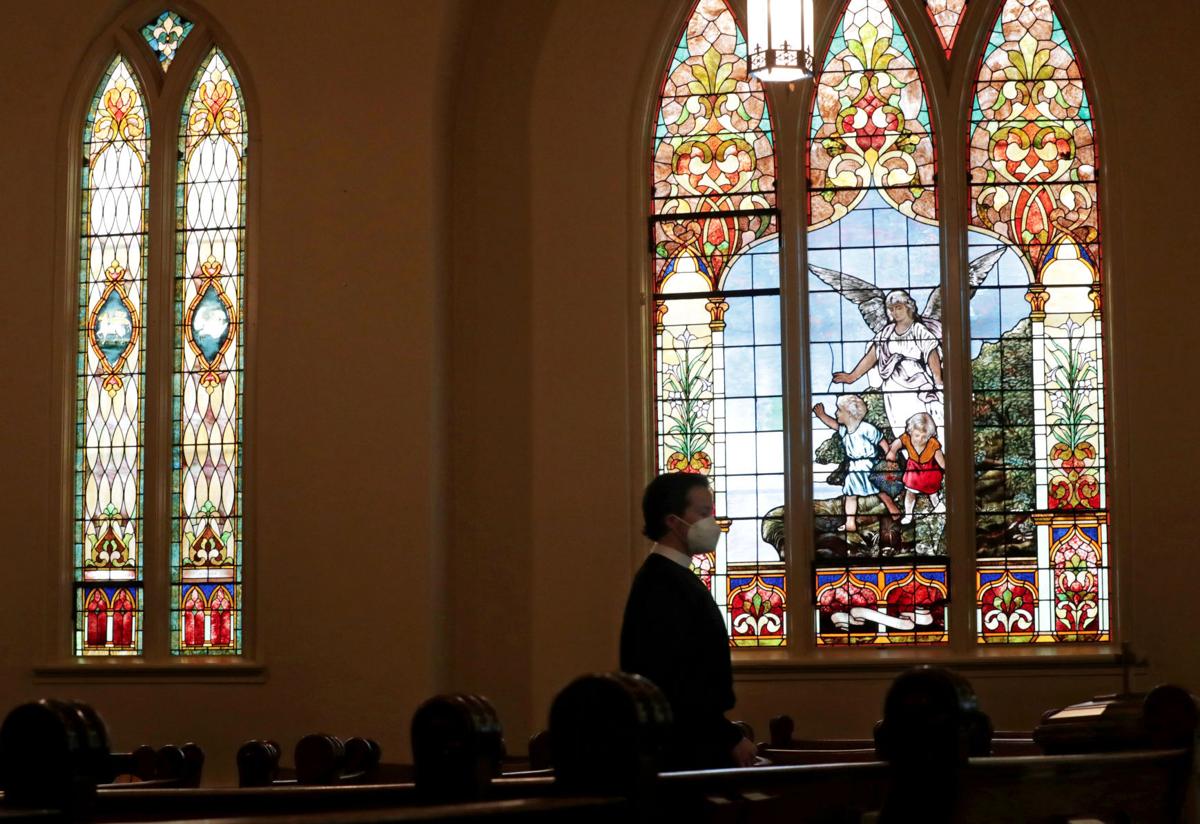 The Rev. Peter Beeson in the sanctuary at St. John's Lutheran Church. The church hopes to preserve the stained glass and other elements of the sanctuary in a redevelopment project. 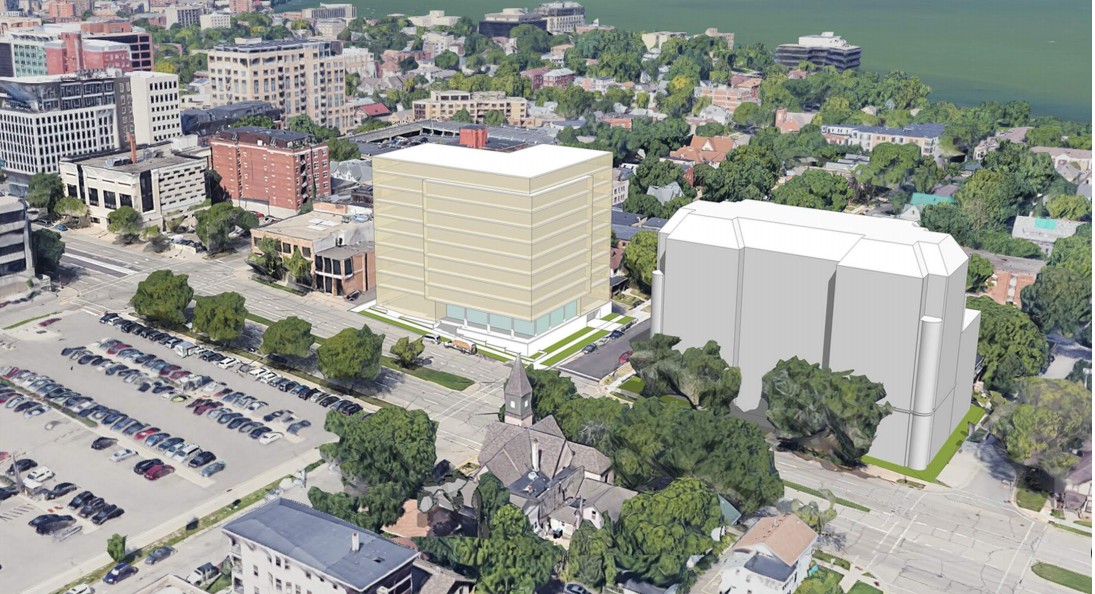 A concept drawing shows the size of a proposed redevelopment of the St. John's Lutheran Church property, 322 E. Washington Ave., left, and a recently approved project on the 400 block of the thoroughfare.