The dog days are coming to Madison’s parks early this year — as soon as this spring.

The Madison City Council on Tuesday approved a new ordinance that allows on-leash dogs in the city’s parks, with some rules and restrictions. Before the ordinance takes effect, the Parks Division has said it needs to add signs and make other changes to prepare for the pups and that it has plans to do so this spring.

The council also granted final land use approvals for three major development projects: the Madison Public Market, an apartment building that will be located on Judge Doyle Square Downtown and a new SSM Health clinic on the South Side. The developers can now move forward with construction.

The new dog ordinance changes an unusual, more than 46-year-old law that prohibits dogs in all of Madison’s parks with few exceptions. Over the years, 26 of the city’s roughly 270 parks became dog-friendly for on-leash dogs, and eight off-leash dog parks were added.

Under the rules, leashed dogs would be presumed welcome in city parks, but banned in select park properties, including the city’s golf courses, Goodman Pool, Olbrich Botanical Gardens, Breese Stevens Field, some beaches, playgrounds and parks designated as dog-free by the Board of Park Commissioners and more. So far, the board has selected 33 parks to be dog-free.

In parks where dogs are allowed, owners would have to abide by the following rules:

Parks superintendent Eric Knepp said he doesn’t expect the ordinance to worsen or improve the problem of irresponsible dog owners, who let their dogs roam free without leashes and don’t pick up waste. He said those owners already bring their dogs into any and all city parks illegally, and he doesn’t think their behavior will change.

Knepp said the Parks Division wants to improve enforcement, but it’s a challenge.

“If we catch an act happening we are going to cite it every time,” Knepp said. “It is a difficult thing to prove.”

The three projects that were given the green light Tuesday are:

Unless developers want to make major changes to their building plans, the projects do not need any further approvals from the City Council to move forward with construction.

SSM Health’s development was the only one to draw controversy Tuesday because its plans include a large portion of surface parking. SSM Health spokesman Brandon King said the plan is to build a parking garage in a later stage.

In other business, the council:

Neighbors express concerns that the plans for Canopy nightclub are moving too fast.

The task force's report says the city's governmental structure is "fundamentally unfair" to many residents.

The new ordinance would presume leashed dogs are welcome in city parks unless otherwise specified, which is different than the existing model where dogs are banned unless allowed.

Another quick hit of snow possible for southern Wisconsin Thursday

But little bursts of snow won’t stop the area’s march into spring, with highs reaching near 60 on Sunday, according to forecasters. 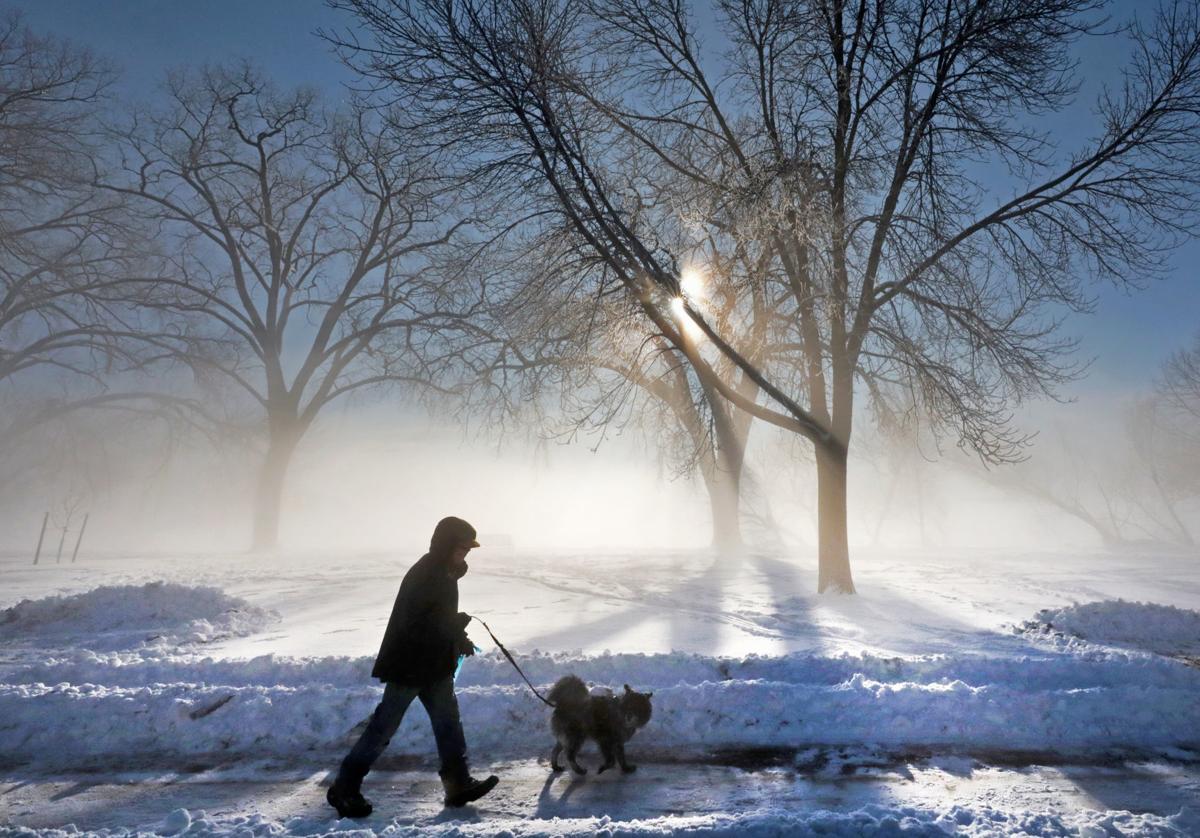 Pierre Seguin, of Madison, and his dog, Louie, encounter fog and frost last month near Yahara Place Park on the shores of Lake Monona in Madison. Dogs will be permitted in many more city parks come spring. 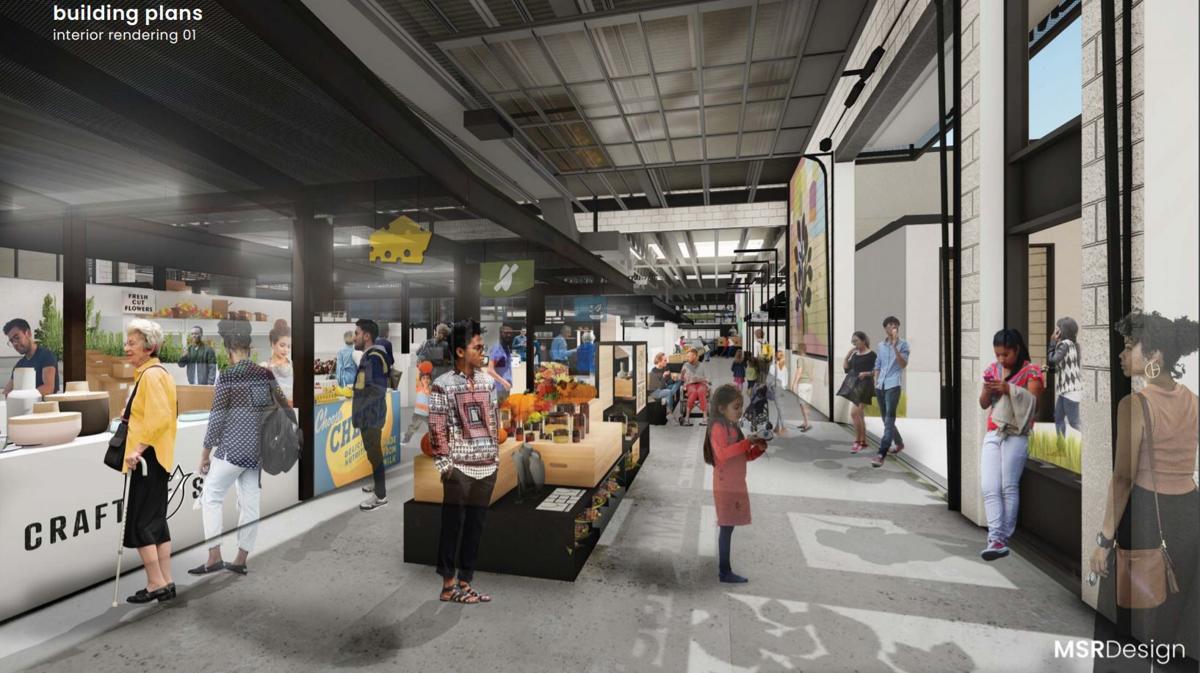 A new rendering of the Madison Public Market shows what the interior of the space could look like. 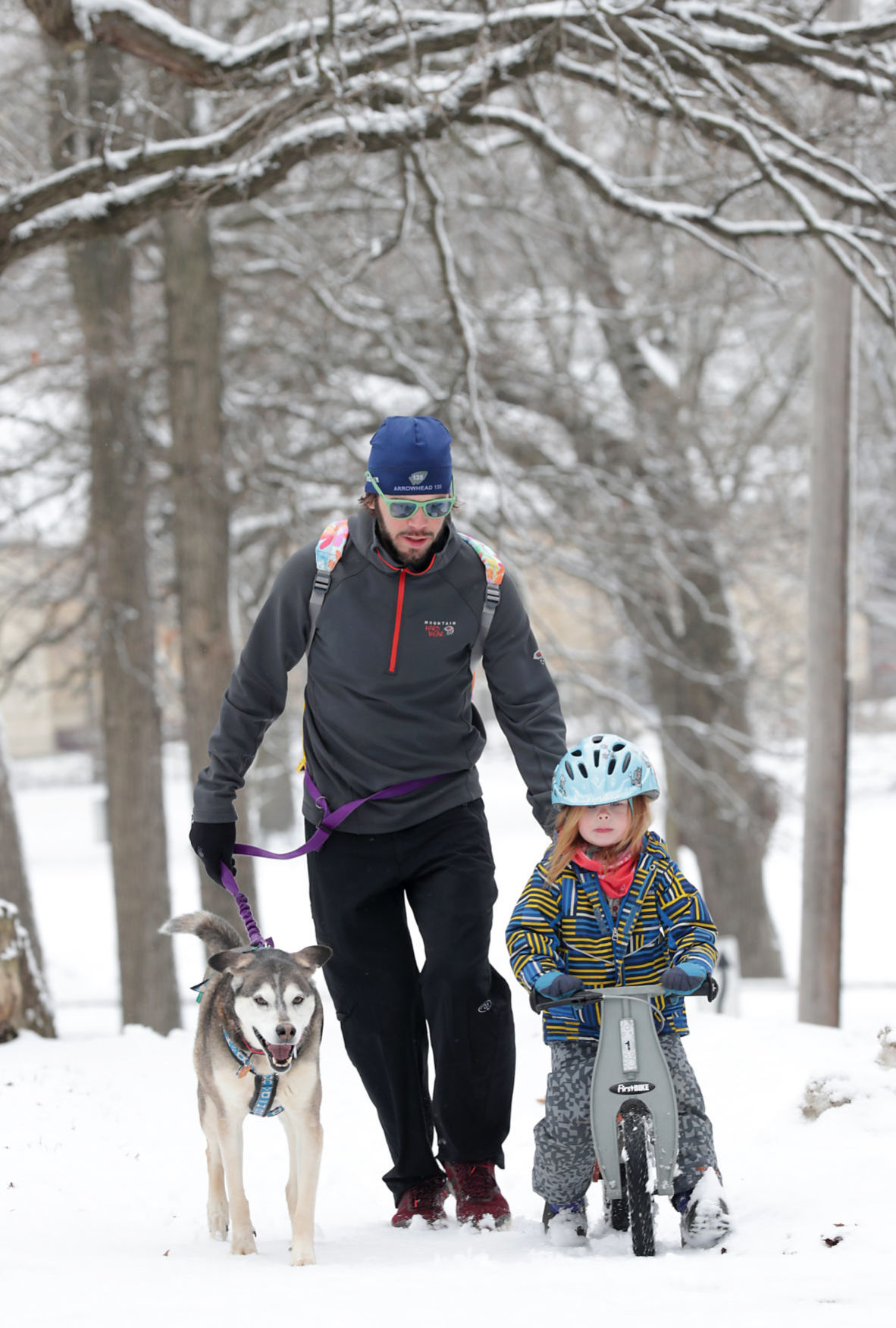 Pete Witucki takes his daughter, Tess Allen, 3, to preschool, with their 10-year-old husky-mix, Embry, near Vilas Park after a snowfall in Madison Tuesday.