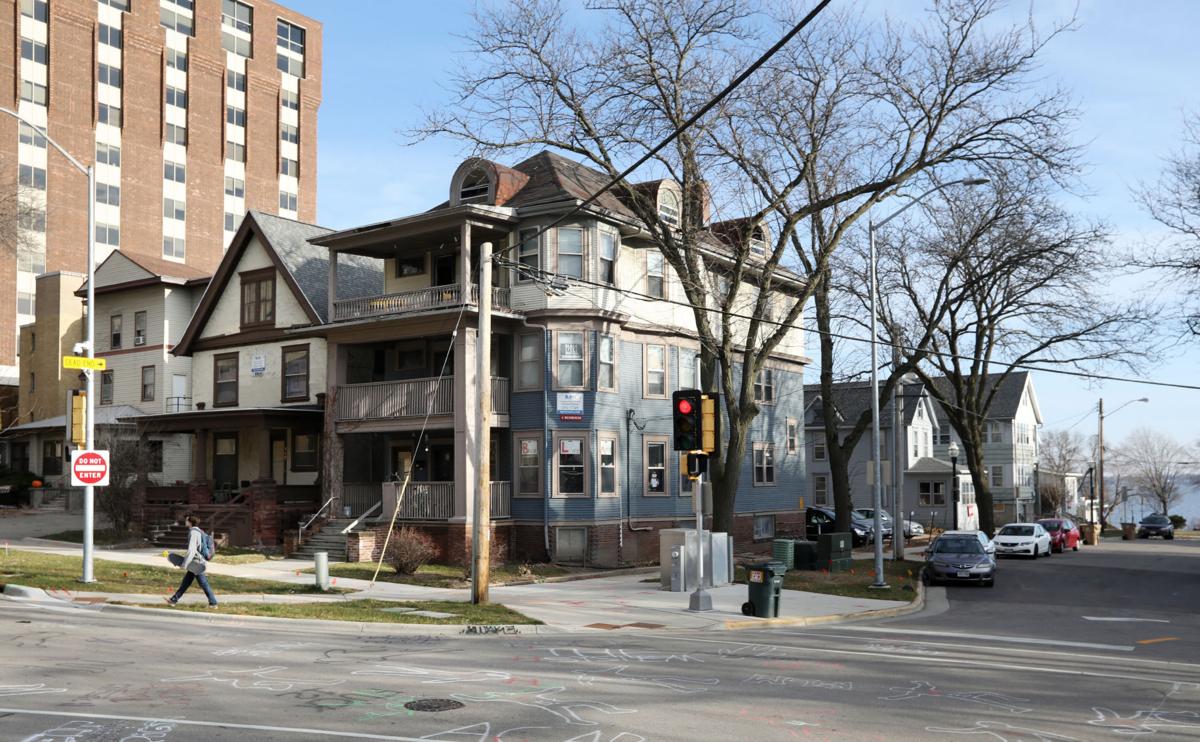 A developer is proposing to demolish several rental properties at the corner of West Wilson and South Henry streets for a 10-story housing project. 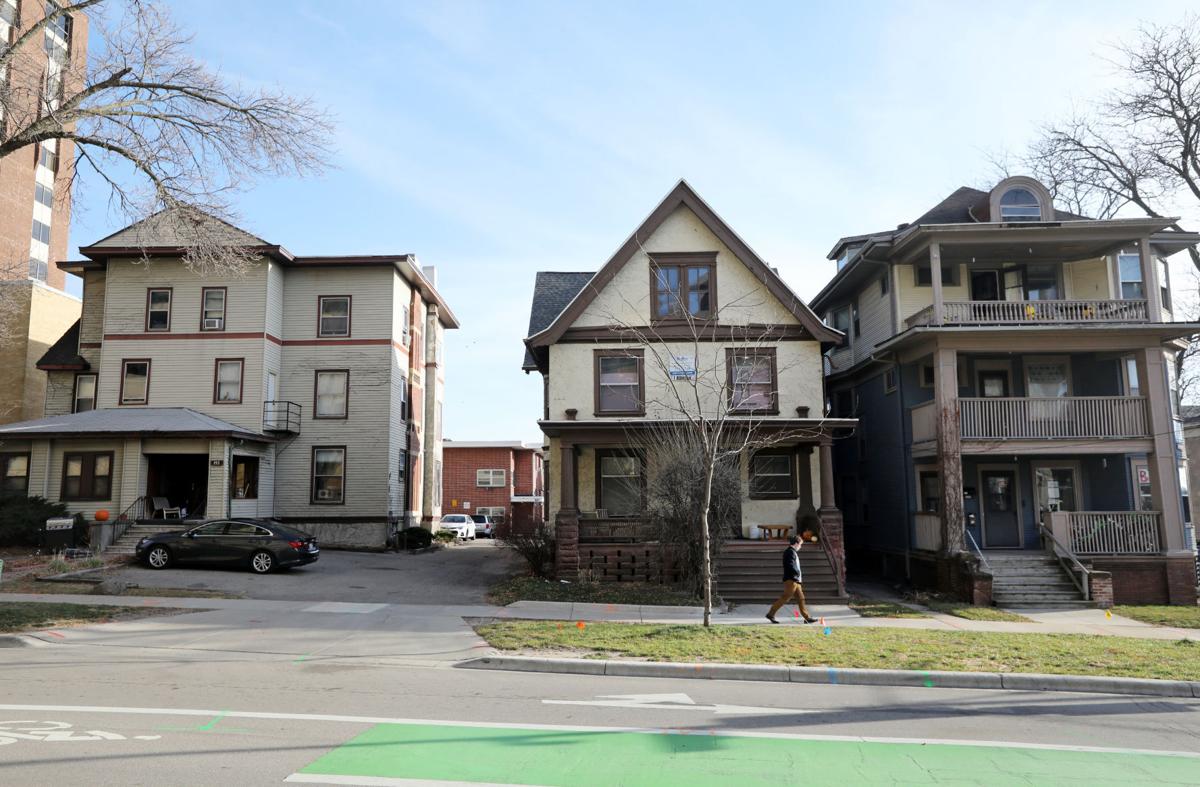 Buildings at 145, 149 and 151 W. Wilson St. would be razed for the project, which would include about 200 apartments and a parking garage. 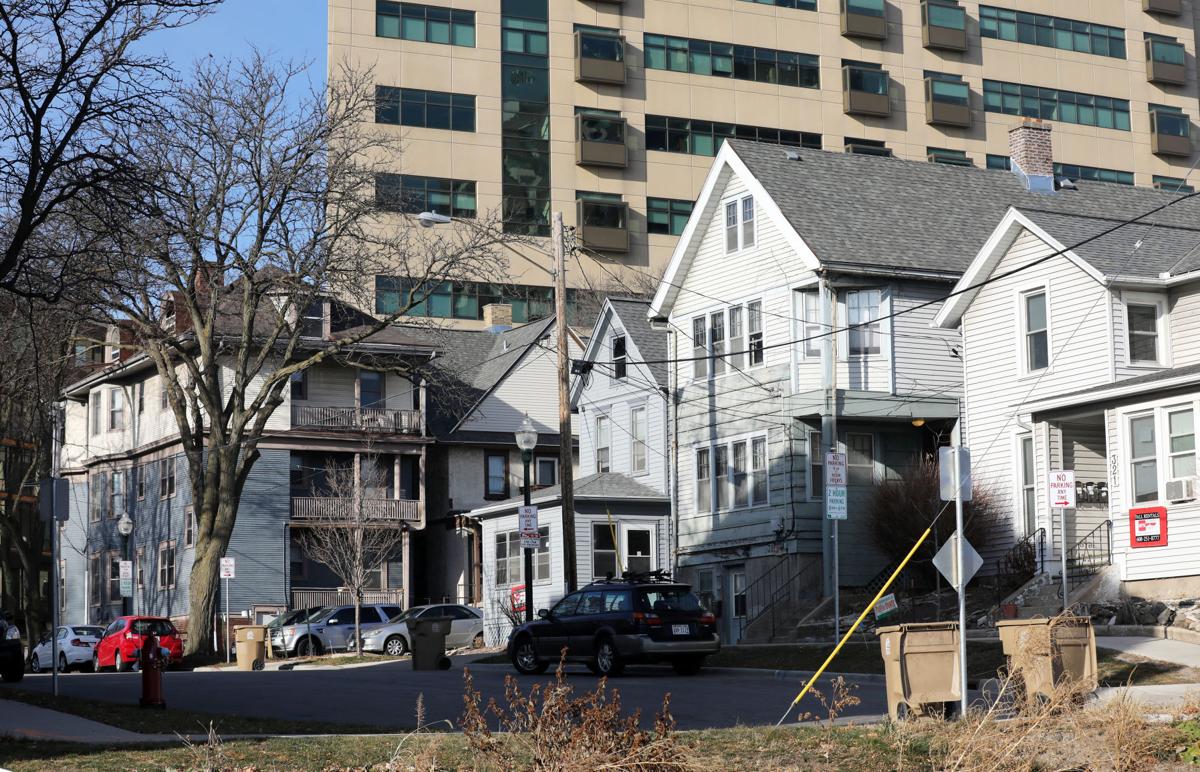 Developers are proposing to raze seven buildings near Monona Terrace for a 10-story housing project with a parking garage. But like many projects Downtown, the concept is also raising concerns about the impact on historic preservation, housing affordability and traffic.

The project would transform an older, low-profile segment of the Lake Monona skyline. The site is less than 500 feet from the convention center and across the street from the Dane County Courthouse.

The neighborhood and city would help define the architecture, Bosben said.

"It clearly is a great location," said Downtown Ald. Mike Verveer, 4th District. "It's one that's been eyed by developers over the years. It's a place that can support significant density. I don't think height will likely be a stumbling block. The design progression has been good but needs to progress further."

"The proposal is getting a generally positive, first-blush reception," Cooper said, adding, "there are many details to be considered."

It's Bosben's second attempt to redevelop the site.

About a decade ago, Apex had proposed a $100 million, 14-story, 450,000-square-foot building with a 300-room full-service hotel, up to 60 housing units, two restaurants, a grocery store and 550 mostly underground parking spaces for the same site.

But Apex was unable to secure all properties needed and the proposal, made amid a number of ambitious offerings for Downtown hotels and during the bite of the Great Recession, never moved forward.

The new proposal features a one-story base topped by a nine-story tower.

The latest design concept retains the same number of apartments and height but reduces the size of the building by 20,000 square feet and turns the apartment tower 45 degrees on its podium, which opens up more outdoor green space at the second-story podium roof level and increases lake views for the living units, Cooper said.

The design also creates an outdoor plaza/patio area at the entrance of the building, something that had been suggested by the neighborhood at an earlier meeting, he said. It is anticipated this area will also provide seating space for a possible cafe located next to the first-floor lobby, he said.

Currently, the project would offer market-rate units, but Capitol Neighborhoods Inc. and Verveer are interested in a mix of units, and the development team is exploring partnerships to provide low-cost housing, Bosben said.

Most of the existing buildings are older and speak to the wave of development Downtown a century ago, city preservation planner Heather Bailey said.

The 1998 Downtown Preservation Plan identified the structure at 151-153 W. Wilson St. as the most intact and architecturally significant example of the two-unit and three-unit residences popular at the turn of the previous century, Bailey said. The building was constructed in 1911 in the late Queen Anne style and owned by former Mayor George Sayle as an investment property. The type of house is increasingly rare, she said.

The Madison Trust for Historic Preservation submitted a landmark nomination for the property in 2009 but withdrew the application at the request of the property owner, Bailey said.

The development team has hired a local historic preservation expert to evaluate the existing properties, Bosben said. All demolitions in the city go to the Landmarks Commission for their recommendation, Bailey said.

Some are worried about the impact on traffic. The intersection at Wilson, Hamilton and Henry streets is already problematic with the dead-ends on both Hamilton and Henry, and the steering committee has expressed concern about increased traffic, especially through a garage entrance and exit on South Henry Street, Cooper said. Verveer said he's interested in plans for deliveries, moving and refuse collection.

After a formal submission is made, the project would need city approvals for the demolitions and a conditional use, city planner Sydney Prusak said.

If approvals are secured, construction could begin in September 2021 and be completed two years later, Bosben said.

What: Neighborhood meeting to discuss proposed 10-story housing project at the corner of West Wilson and South Henry streets.

How: You can join the online meeting via computer, smartphone or tablet, or listen in by telephone. Register at: cityofmadison.com/meetingDec17Wilson.

But the proposal is not consistent with the neighborhood plan or the city's Comprehensive Plan, city Planning Division director Heather Stouder said.

There are five tests still pending at the jail, the Rock County Sheriff's Office said.

After failing to win city approvals, a developer is offering revised plans for a seven-story apartment building on a street that's home to many fraternities and sororities near UW-Madison.

The State of Wisconsin Investment Board, or SWIB, is moving from its office building at 121 E. Wilson St. for larger, new facilities at the massive Madison Yards redevelopment on the city's West Side.

After the pandemic, an expanded Monona Terrace could deliver an economic boost

A developer is proposing to demolish several rental properties at the corner of West Wilson and South Henry streets for a 10-story housing project.

Buildings at 145, 149 and 151 W. Wilson St. would be razed for the project, which would include about 200 apartments and a parking garage.