A conservative law firm is suing the city of Madison over an ordinance requiring some builders to install specialized glass designed to protect birds from flying into windows.

The Wisconsin Institute for Law and Liberty filed the lawsuit Thursday in Dane County Circuit Court on behalf of real estate, development and construction groups that contend the ordinance violates state law and is unenforceable.

The ordinance, adopted by the City Council in August, requires that buildings over 10,000 square feet and other large structures include safety features — such as dots, lines or other patterns — in some windows to reduce the risk of birds colliding with the glass.

WILL contends it runs afoul of a 2014 state law that bars cities from adopting requirements that go beyond the minimum standards adopted by the Department of Safety and Professional Services.

The development groups say it will increase construction costs, discourage investment and set “a dangerous precedent.”

The suit follows a warning the groups filed with the city in March.

Assistant City Attorney John Strange said the city would evaluate the case, but defended the ordinance as a valid exercise of zoning authority.

“The city’s bird-safe glass ordinance does not set a construction standard,” Strange said. “Builders can use exactly the same windows prescribed by the building code. Madison’s ordinance just requires treatment of windows if a developer chooses to construct a façade with a certain percentage of windows.”

Bird-safe glass can cost two to four times as much as typical glass, according to Smart Growth Madison, which lobbied for a more tailored ordinance but is not a party to the legal challenge. But builders can comply with the ordinance by designing smaller windows or simply applying stickers to the glass.

Collisions with buildings are the second-leading cause of human-caused bird mortality, killing nearly 600 million birds a year, according to a 2015 study. Transparency and reflectivity can make large swaths of glass look like open sky to a bird.

Matt Reetz, executive director of Madison Audubon, has characterized it as a “huge” but “easily solvable” problem for creatures that provide aesthetic value, promote economic activity through activities like bird-watching and provide free environmental services such as pest control.

“Birds matter,” Reetz said. “We have to invest in their protection. It’s not a luxury, it’s an absolute necessity.”

Hot stretch ahead for southern Wisconsin, but only slight chances for needed storms

Highs will rise from the low 80s to cracking 90 over the weekend for southern Wisconsin, according to forecasters.

Heat index values will reach the mid-90s on Saturday across southern Wisconsin, with a chance for strong storms that could provide some relief, according to forecasters.

For spectators, the CrossFit games are like a rock concert, weekend barbeque and the Olympics rolled into one, where spectators can watch top athletes compete, browse vendor booths and even do their own workouts.

Two voting members of the Public Service Commission deadlocked on a request from the owners of the Cardinal-Hickory Creek line to rescind and reissue a construction permit that is the subject of four separate court challenges.

Wisconsin’s mink production fell by more than half last year to the lowest level in more than 50 years, according to numbers released last week.

The DNR released a proposed list of 743 “impaired” waters that cannot support recreation or healthy plant and animal populations.

The ordinance, adopted by the city council in August, requires that buildings over 10,000 square feet and other large structures include safety features in some windows to reduce the risk of birds colliding with the glass. 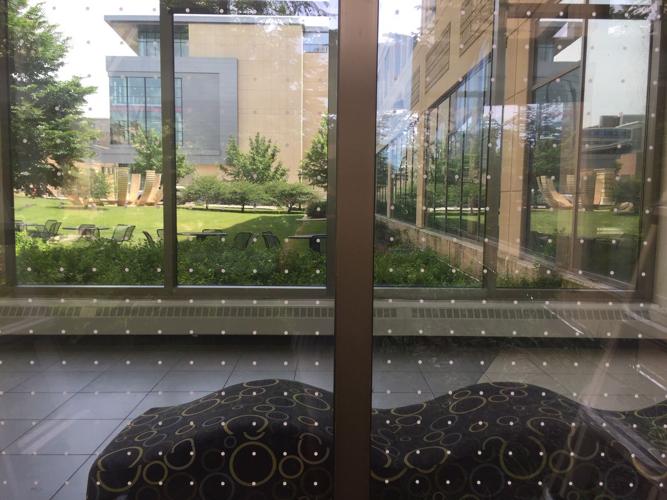 A grid of white dots was applied to windows at UW-Madison's Ogg Residence Hall after the Madison Audubon Society identified the building as a hazard for birds. The Audubon Society says the 2x2 pattern allows birds to see the glass and significantly reduces collisions. 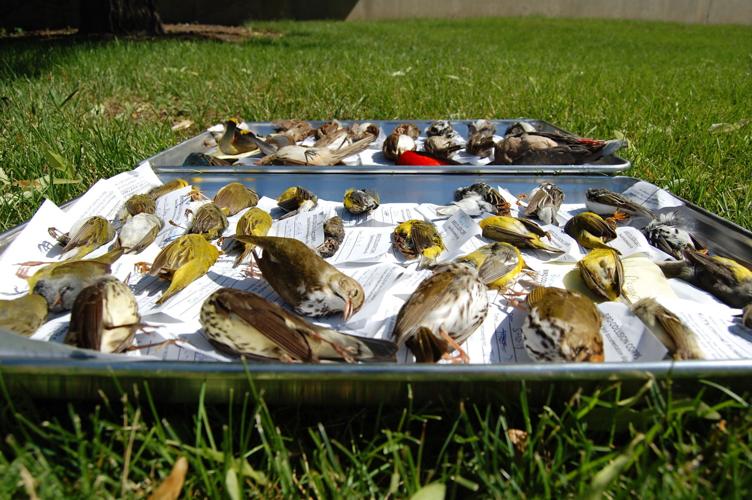 A sample of birds killed by collisions with glass collected by the Madison Audubon Society during a six-week survey of 11 buildings in 2018. 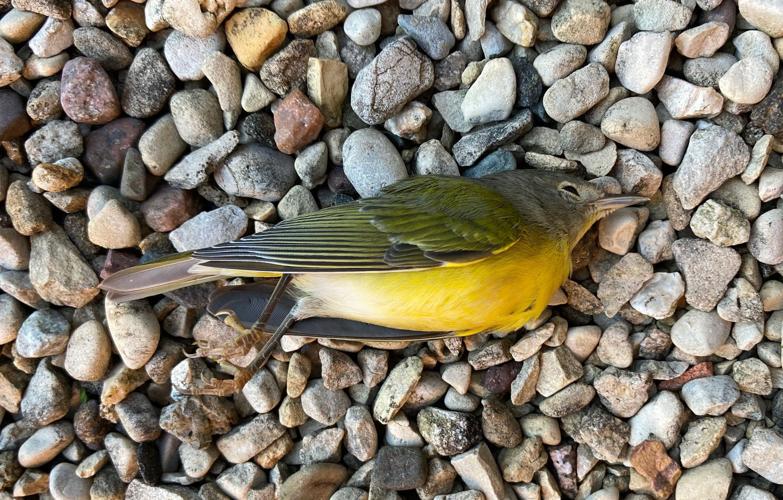 A warbler killed by a collision with a window in 2020 was photographed by a volunteer with Madison's Bird Collision Corps.