A developer has scaled back plans for a grocery store, housing and parking on a 3.5-acre, city-owned lot on South Park Street. But city staff say the $18 million project still doesn’t meet some design standards and requires too much public financial support.

Welton Enterprises is now proposing a 30,000-square-foot grocery store (rather than 40,000 square feet) facing South Park Street with 90 parking spaces, and a separate four-story building at the rear of the lot with 52 units of mixed-income housing (instead of 69) and 70 parking spaces, half of it underground, on the vacant lot at 1402 S. Park St. Under a second plan from another developer that the city is also expected to take up, an existing grocery store next to the site would be demolished and replaced with a medical clinic.

“I think what we’ve proposed is a good development,” Welton vice president Paul Molinaro said, adding that the project delivers a long-term solution for a full-service grocery that can be tailored to neighborhood needs and “workforce” housing for those with lower incomes and some market-rate units.

City economic development director Matt Mikolajewski said downsizing the project isn’t a problem because the site has space limitations. But he said the grocery store should be two stories to meet city design guidelines and the project still does not warrant the level of financial assistance sought.

Molinaro said the grocery will be the height of a two-story building, and that Welton is exploring the possibility of some functional second-floor space. The development team also wants to further review financial assumptions with city staff, he said.

In April 2018, two teams — Hovde Properties/SSM Health and Welton — each offered competing proposals to redevelop the vacant property, which once held the now-demolished Truman Olson U.S. Army Reserve Center. But in the summer, the teams, which also have properties abutting the site, asked the city to delay its review so they could combine proposals and forge a larger, more comprehensive plan for the area.

Welton, which owns property to the immediate north that holds a 26,000-square-foot Pick ‘n Save grocery at 1312 S. Park St., proposed a $24.8 million project including housing, grocery store and parking garage on the Truman Olson site requiring roughly $4.5 million to $4.7 million in city financial assistance.

The larger grocery store was potentially cost-prohibitive and bigger than needed to serve the neighborhood, he said. The revised proposal also eliminates a parking structure, which helped drop the TIF request by about $1.4 million. It also allows a groundbreaking for the grocery independent of the timing of securing state-administered tax credits for the housing, minimizing or eliminating the amount of time the neighborhood wouldn’t have a grocery store.

One of the projects includes housing and a grocery store, while the other involves a $75 million medical clinic.

The city and residents are now preparing for a number of projects that will dramatically transform the triangle-shaped 64 acres along South Park Street.

SSM Health details plan for $75 million redevelopment on South Side

But city officials and neighborhood residents remain concerned about a time gap between the demolition of a Pick N' Save grocery for the project and construction of a new one by a different developer on an adjacent site.

City could seek new development proposals for South Side property

The Truman Olson Selection Committee recommended Wednesday that the city seek new requests for proposals in May if issues with the current developer aren't resolved.

Madison, SSM Health commit to food access during redevelopment on South Side

SSM had been moving to acquire a 2.3-acre site that holds the 1960s-era Pick ‘n Save at 1312 S. Park St., with the intent of demolishing the store and immediately building a $75 million, five-story, 175,000-square-foot clinic on that property.

The health provider will instead expand on property it already owns around its existing clinic on Fish Hatchery Road.

Four development teams are offering competing mixed-use projects with costs ranging from $25 million to $87 million for a city-owned property on South Park Street. 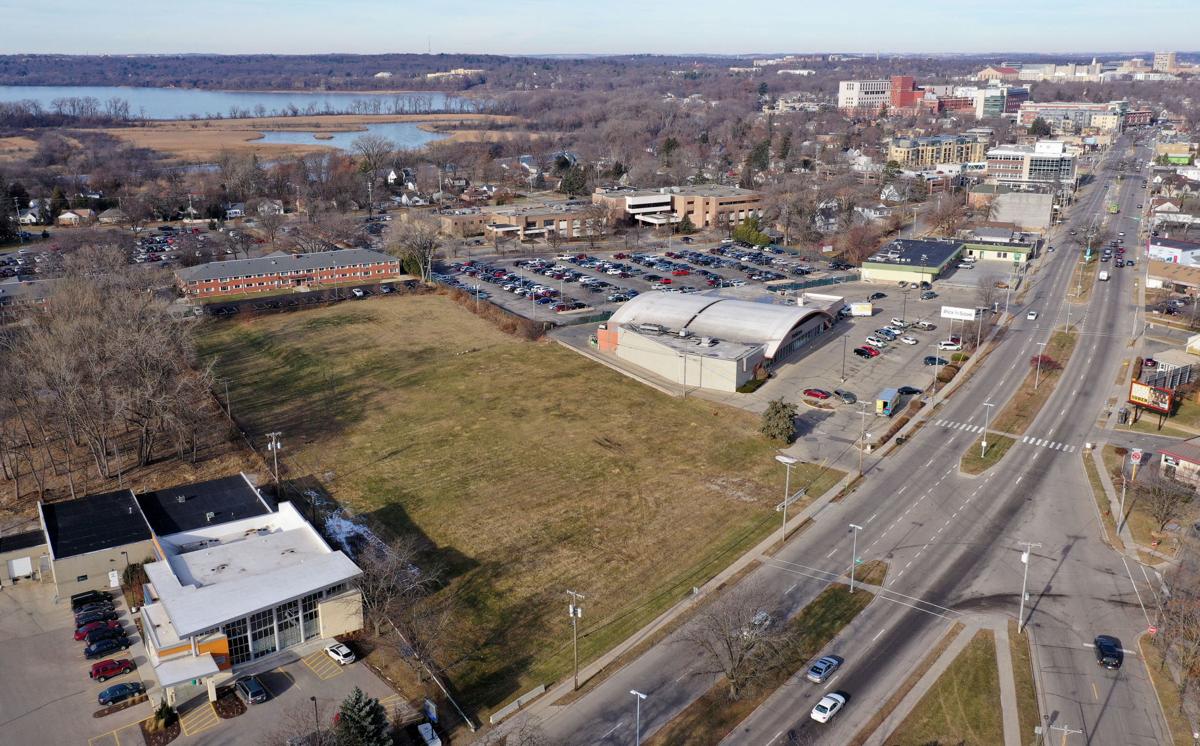 Welton Enterprises has offered a revised, $18 million proposal with a smaller grocery store and less housing for the vacant Truman-Olson property on South Park Street, above. Meanwhile, SSM Health is planning a $75 million health clinic on the adjacent site just to the north that holds the Pick 'n Save grocery, which would be demolished. 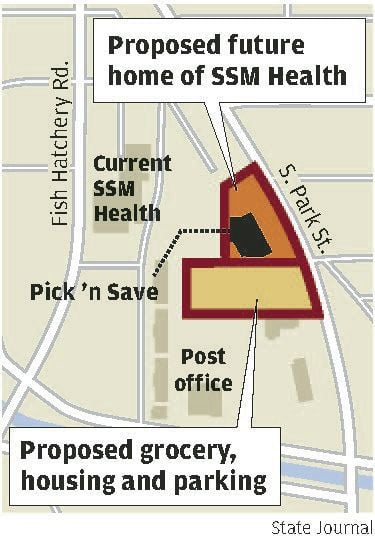