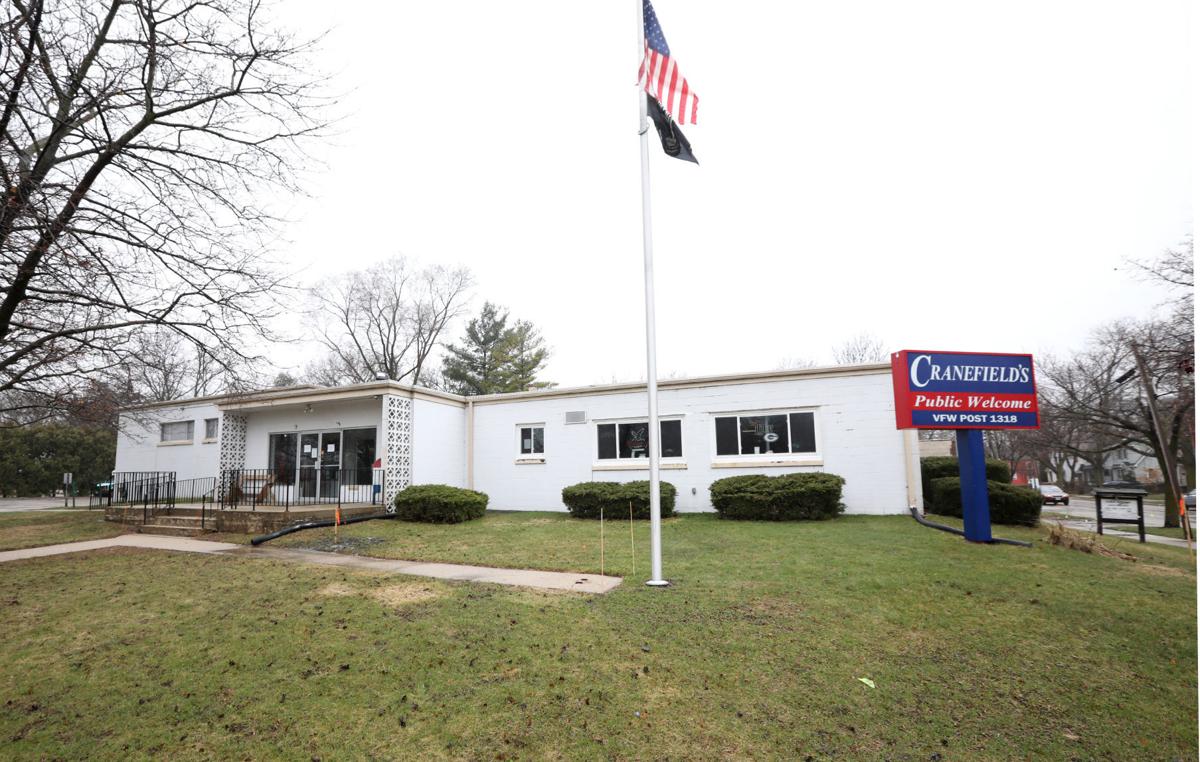 A developer is proposing to demolish the VFW Cranefield's Post 1318 at East Lakeside and Sayle streets for a $20 million-plus, five-story, mixed-use project with a first-floor restaurant and housing. 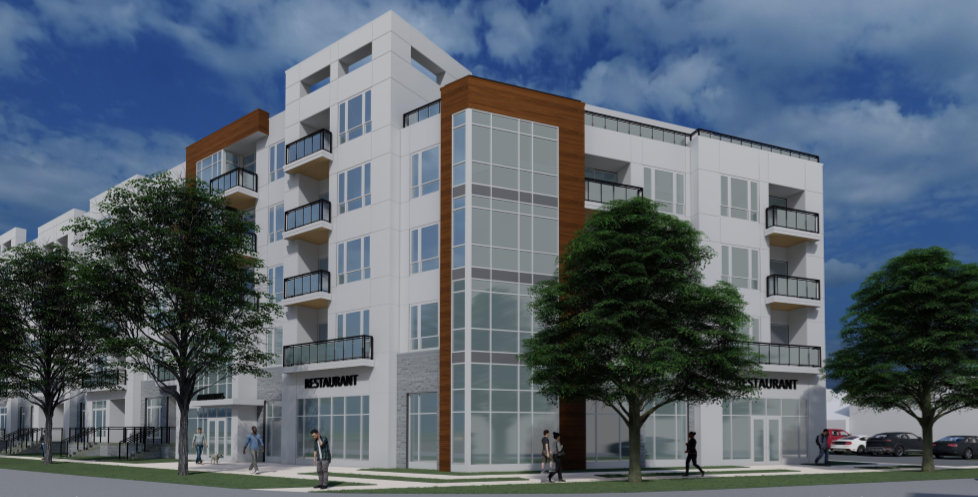 A rendering of Avante Properties' proposed $20 million-plus mixed-use redevelopment of the VFW Cranefield's Post 1318 property on the South Side.

A beloved neighborhood gathering spot — some say institution — on the South Side may be redeveloped with a $20 million-plus, five-story, mixed-use project with bar, restaurant and housing.

Avante Properties is proposing to demolish the one-story VFW Cranefield’s Post 1318 building at the corner of East Lakeside and Sayle streets for a modern structure with 3,100 square feet of first-floor commercial space, 103 apartments, and a two-floor above ground parking garage topped by a plaza at the rear.

The VFW is selling the property because the building, which was built in 1966 and has a large meeting hall with canteen and a limited food menu, has become obsolete and increasingly expensive to maintain, Cmdr. Joe Hines said, stressing that membership overwhelmingly approved the sale and that the post is not being pushed out for redevelopment.

“We appreciate the support of the neighborhood,” Hines said. “It was hard to make it economically. We are not being forced to move.”

The proposal is stirring a mix of emotions, from concern about losing a precious gathering spot, to the potential to generate revenue for the city’s longest standing VFW post established in 1925, to both support and opposition for a large housing project.

“Our development team has been thinking about the redevelopment of that corner for over a decade,” said Chris Armstrong of Avante Properties, which has a main office across the street from the site. “Our employees frequent the VFW and recognize its importance as a neighborhood amenity. Our plans include approximately 3,000 square feet for a neighborhood bar/restaurant. The VFW/Cranefield’s has the first option on the space. They also have a mission to assist veterans and this land sale will put them in position the fulfill their mission with the proceeds. They will have options because of this sale.”

The VFW will consider the option for the bar/restaurant space, but has made no decisions on where it will relocate, Hines said.

Many — veterans or not — treasure the place.

“It’s more than just a bar or a club. It’s a family,” resident Jesse Garon said. “The folks who regularly go there look out for each other. We’ve been to each other’s weddings. We’ve celebrated holidays and birthdays together. We’ve cried over the loss of regular attendees. People have grown up going to it.”

Some strongly oppose a redevelopment.

“It is part of our neighborhood and we like it,” said Jean Anne Hlavacek. “The density of apartment buildings on Park Street is excessive in my mind. A big apartment building is not what we need and would destroy the feel of single-family homes in the neighborhood, which I have lived in since 1981. I want it to stay as it is.”

It will be hard to leave, but staying was economically not possible, Hines said.

Ald. Tag Evers, 13th District, who represents the area, said, the VFW will be able to use the money from the sale to better serve its mission and a new restaurant anchoring the development could be viewed as a favorable trade-off for the loss of the canteen.

Also, “I’m keenly aware our city needs more housing, that our housing shortage is the principal cause of our affordable housing crisis,” Evers said. “That said, I have heard concerns from the neighborhood about traffic and safety, particularly with respect to the intersection at Lakeside and John Nolen.”

The proposed five-story structure would mostly face Sayle Street, which parallels John Nolen Drive, with the first-floor commercial space at the corner of East Lakeside and Sayle streets.

Avante is proposing a mix of housing unit sizes, from studios to two bedrooms, with views across Lake Monona. The developer intends to seek financial assistance with a goal of including 10% lower cost units. The building would offer a large deck atop the two-story, 108-space parking garage set in the middle of the V-shaped tower, and another fourth-floor rooftop deck facing East Lakeside Street, where the building steps down a story.

A virtual neighborhood meet is set for the online gathering place, Zoom, for 6 p.m. Monday.

Such a meeting will limit the ability of some to fully participate, resident Andy Meessmann said. “Because of COVID-19 we are unable to host a typical neighborhood meeting or go door to door to provide information about the development to our neighbors,” he said.

“This is a challenging time to be holding a neighborhood meeting,” Evers agreed, “but I am confident we will be kind and respectful to each other, making sure that resident voices are heard and valued.”

If approvals are secured, Avante hopes to complete the project in 2023, Armstrong said.

The Keller Real Estate Group is proposing to demolish nine houses at the corner of West Washington Avenue and North Bassett Street for a six-story, H-shaped structure with first-floor commercial space, 103 apartments and 100 structured parking spaces.

The city expects to add 70,000 new residents by 2040 and needs to build 40,000 units — about 2,000 a year — to meet demand, but is falling short of those projections and is exploring ways to increase production.

A developer is proposing to demolish the VFW Cranefield's Post 1318 at East Lakeside and Sayle streets for a $20 million-plus, five-story, mixed-use project with a first-floor restaurant and housing.

A rendering of Avante Properties' proposed $20 million-plus mixed-use redevelopment of the VFW Cranefield's Post 1318 property on the South Side.