The nine leading Democratic candidates seeking to unseat Gov. Scott Walker say public workers should regain their voice in the workplace after Walker throttled it six years ago — but they disagree on how to make it happen.

Some candidates promise to repeal the controversial collective bargaining law known as Act 10 as soon as possible.

Others argue that an attempted rollback would be difficult with a Republican-controlled Legislature. They say the state should instead look at other ways to improve workers’ rights.

However, it’s unclear what kind of role Act 10 will play in the 2018 gubernatorial election.

“Act 10 is clearly still a very important issue for the Democratic base, so it makes sense for the challengers to Gov. Walker to bring it up,” said David Canon, a political science professor at UW-Madison. “However, I would imagine that many independent voters and some Democrats have moved past the issue now and are more interested in other issues.”

Act 10 all but eliminated most public employees’ abilities to collectively bargain over their wages, benefits and work environment. It prompted massive membership losses for labor unions, striking a colossal blow to Democrats’ campaign coffers and volunteer base.

If anything, Canon and other experts say, the top Democrats could use Act 10 as a way to rally voters in the crowded Democratic primary. If all candidates remain on the Aug. 14 ballot, only a small percentage of votes is needed to win the right to challenge Walker in November.

Less likely is that the Democratic nominee will campaign on Act 10 in the general election, they say.

Walker successfully survived a recall election in 2012 — a year after Walker signed Act 10 into law — and won a second term in 2014 with public sector workers still feeling the financial and emotional sting of the law. But polling has shown the majority of the state doesn’t want lawmakers to lift the restrictions on collective bargaining.

“I doubt that Act 10, which is a major issue and has clearly affected schools, will be a prominent issue in the campaign,” said Ed Miller, a political science professor at UW-Stevens Point. “For one, there have been elections since and Walker was re-elected.”

Miller said candidates are likely to focus on issues that are simply more appealing to voters, such as improving roads or the multibillion-dollar taxpayer incentive package Walker helped design for Taiwanese electronics giant Foxconn to build a $10 billion LCD panel factory in Racine County.

Some candidates who say they would repeal the law say they would pay for it, in part, by stopping the Foxconn deal, which would provide more than $3 billion in state taxpayer-funded incentives to the company.

State schools Superintendent Tony Evers and Professional Firefighters of Wisconsin president Mahlon Mitchell, who earned statewide recognition after leading protests against the law, said they would sign legislation repealing the law, but acknowledged the task would be impossible with a Republican-controlled Legislature and would instead find ways to enhance employees’ say in their workplace.

A spokeswoman for Paul Soglin said Soglin supports restoration of collective bargaining but Soglin said previously he would not base his campaign around the law’s repeal. And Milwaukee businessman Andy Gronik emphasized he wanted to look forward and find the best way to put workers’ voices back in the workplace but did not take a firm stance on whether he would seek to repeal the law.

As of late January, just three candidates made any mention of Act 10 on their websites and only one did it directly (though some websites have no information about candidates’ stances on issues whatsoever).

Evers said he would use his skills to “end the divisiveness that has consumed our state since Scott Walker became governor.” Vinehout posted a column she wrote in 2011 that explains why Senate Democrats left the state during the Act 10 debate and Roys said she “helped lead the opposition during the historic protests of Gov. Scott Walker’s destruction of Wisconsin’s long-standing worker protections.”

Polling provided by the Marquette Law School Poll director Charles Franklin, conducted in 2012 and 2014, showed voters split but leaning toward not wanting to see the Act 10 restrictions on collective bargaining lifted.

Forty-nine percent of those polled favored the limits while 44 percent wanted the restrictions lifted, according to an average of four polls conducted in both years. Franklin said he conducted four polls asking the question and the results changed very little each time.

“There may be some sense that Act 10 was litigated in the recall election and by a modest margin Walker prevailed there. And I at least don’t recall it being much of an issue in 2014, which suggested to me at least the (Mary) Burke camp had decided to move on,” Franklin said. “I’m more struck now it’s being talked about as much as it is this time compared to what I remember in 2014.”

Franklin said it was “striking” how stable opinions on the law were between his 2012 and 2014 polls. Though he hasn’t asked about the law since, Franklin said he hasn’t seen a massive objective change since the law was passed that would change public opinion.

“As far as I can see, the evidence shows people’s opinions of it are really locked in,” he said.

Franklin said there are large partisan splits on the issue: Republicans strongly support the restrictions while Democrats oppose them. He said independents favor the restrictions by a margin of 52 to 39 percent.

“(Focusing on Act 10) would be a good primary tactic but for the general election, I don’t think so,” said Joe Heim, a longtime political science professor at UW-La Crosse. “By the general election, the union people and anybody who opposes Act 10 would know exactly where they are going. If you are trying to get some crossover supporters who generally think Act 10 was not a bad idea, but don’t necessarily like Walker, reminding them of that time is not a good idea.”

Republicans have touted how the law saved state and local governments billions of dollars, though that’s based mostly on provisions of the law separate from bargaining that required public employees to contribute to pension and health insurance premiums. Democrats say it has contributed to a statewide teacher shortage, though school districts are facing shortages across the country.

“You don’t need to remind anyone of it,” Heim said. “Time to move on and I would hope the Democrats are smart enough to look forward.”

A spokeswoman for the Democratic Party of Wisconsin did not respond to a request for comment on whether the issue will be prominent in the 2018 campaign.

Meanwhile, a spokesman for Walker’s campaign cited Act 10 as the catalyst for a “Wisconsin comeback” that resulted in $5 billion in savings to local governments.

“The extreme Democrat candidates running in the wide-open field for governor have a choice: raise taxes to pay for undoing the governor’s reforms, or accept that he fixed the financial crisis their party created,” spokesman Brian Reisinger said.

"Tony (Evers) would absolutely sign legislation to repeal Act 10. However, the political reality is that Republicans may still control the Legislature after the election. In that case, Tony will take whatever steps he can under the law to expand workers voices in the workplace, ensure workers are provided competitive pay and protect their retirement and health care security." -- Tony Evers spokeswoman Maggie Gau

"I would reverse the anti-worker policies of the Walker administration, and treat all workers with respect and dignity. I will ensure that every worker in Wisconsin -- whether public or private sector -- earns a fair wage, has good benefits, and has a safe workplace." -- Kelda Roys

"Mahlon has always opposed Act 10 and given the opportunity he would repeal the law. He's also aware that a full repeal would be difficult with a Republican Legislature, so that’s why he has looked at other ways to address and improve hours, wages, and working conditions for all workers." -- Mahlon Mitchell spokeswoman Lis Smith

"Repealing Act 10 is a must. I will address that with the Legislature in my first 100 days as governor. But we have to do more than simply roll back the seven years of damage Gov. Walker has done to labor and collective bargaining in Wisconsin. I will bring labor to the table." -- Dana Wachs

"All across state government we have problems with positions being filled, we have problems with applicants, professors are taking their grant money and moving to states where people respect them where leaders actually honor the work of our professors … we’ve got a problem. Whoever is the next governor has a big problem they need to solve and repealing Act 10 is a great place to start." -- Kathleen Vinehout

"Act 10 is not a sustainable policy and we should work to repeal it. When we seek repeal, it should be sought as part of a package of reforms that help all working people in every sector of the economy." -- Mike McCabe

"On Act 10, Andy doesn't want to fight the battles of the past, but instead move forward and take a look at how we can best bring workers' voice back into the process. ... Whether that means a repeal of Act 10 or another new innovative idea, Andy will focus on finding the best way to value workers' rights and their voice back into the process." -- Andy Gronik spokesman Brandon Weathersby

Source: Interviews and recording of a Jan. 17 candidate forum hosted by the Democratic Party of Outagamie and Winnebago counties at UW-Fox Valley in Menasha.

Evers on Wednesday announced he is running against Gov. Scott Walker.

Two Minutes with Mitch Henck: Democratic gov candidates should be careful with Act 10

Governor's race: Democrats try to differentiate themselves through priorities

Mayor Paul Soglin lists housing as a top priority while others mention taxes, jobs, transportation and the environment.

The former state representative says the unusual moment for a political ad wasn't scripted, but is part of who she is.

Sprawling gubernatorial field has some Democratic donors sitting out the primary

Candidates will have to find creative ways to set themselves apart.

Scott Walker reduced taxes $8 billion over eight years, but a large proportion has gone to the top 1 percent of earners.

Foxconn says it's committed to spending $10 billion and creating up to 13,000 jobs.

Western Wisconsin voters have Scott Walker's attention, but does he have their votes?

The governor has traveled to western Wisconsin more times per capita since January 2017 than the rest of the state.

As he runs for a third term, the governor is calling for the state to have the nation's highest graduation rate by 2023. 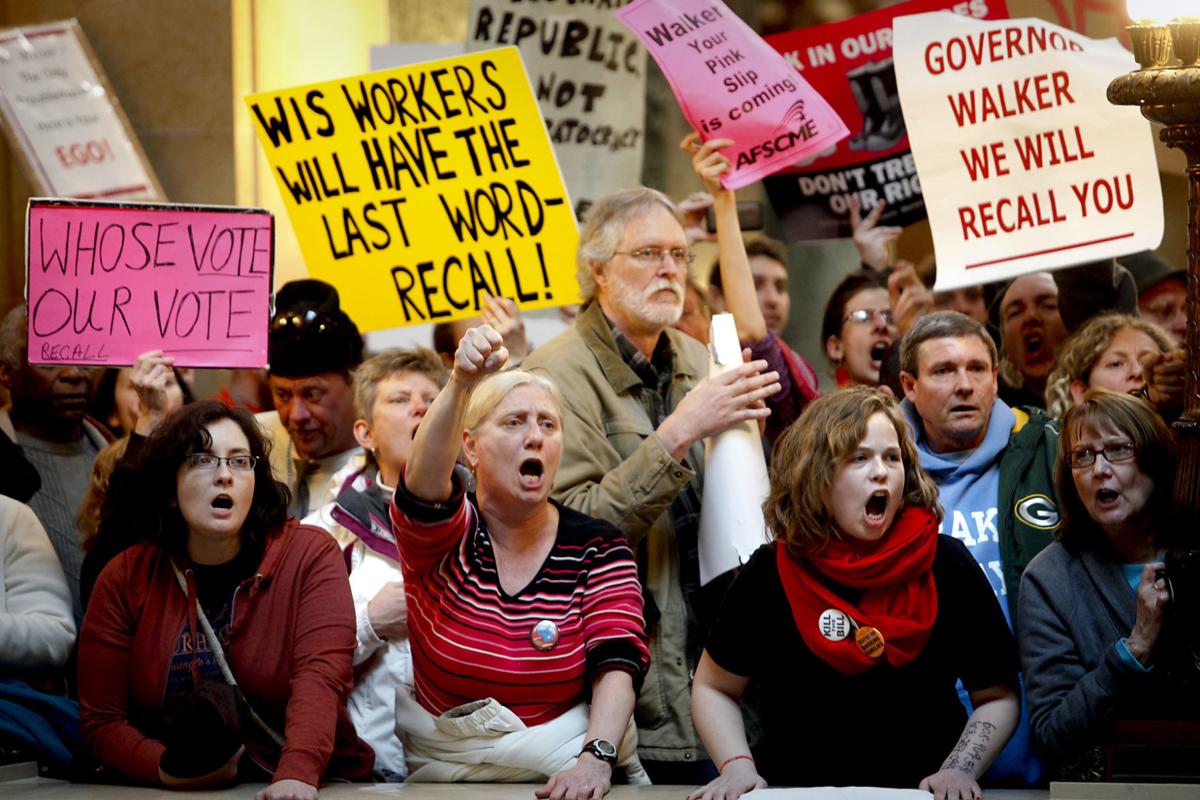 While dramatic and unprecedented, the protests against Gov. Scott Walker six years ago failed to deliver significant victories for Democrats. Now, as Democrats line up to challenge Walker in his bid for a third term, the candidates are largely avoiding talk of outright repealing the law that dealt a blow to their party's coffers. 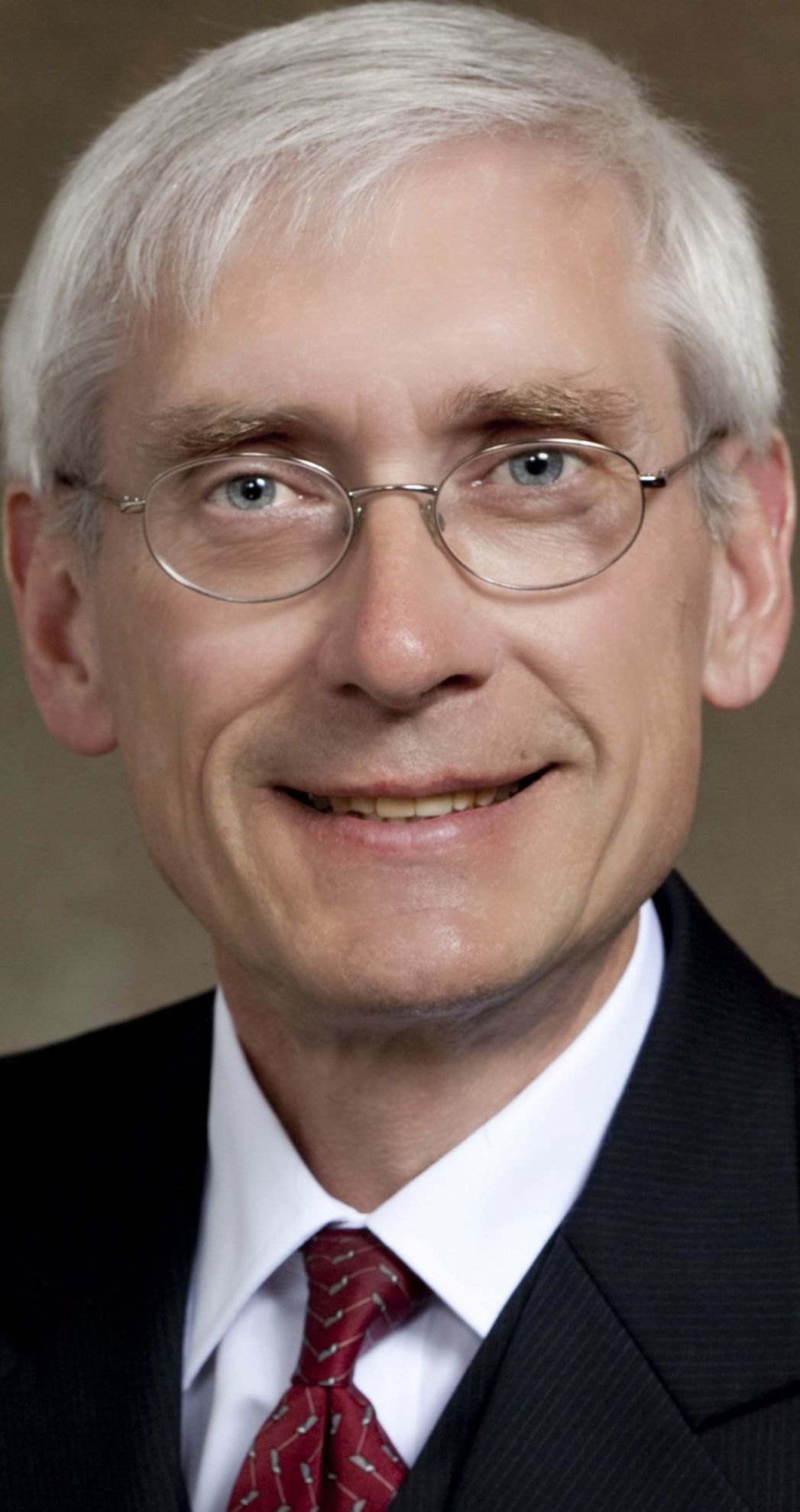 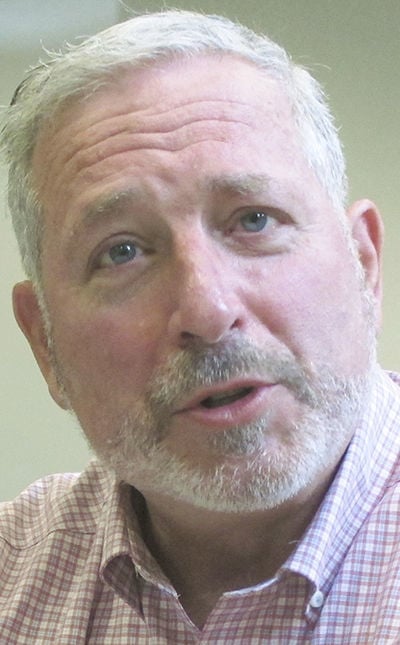 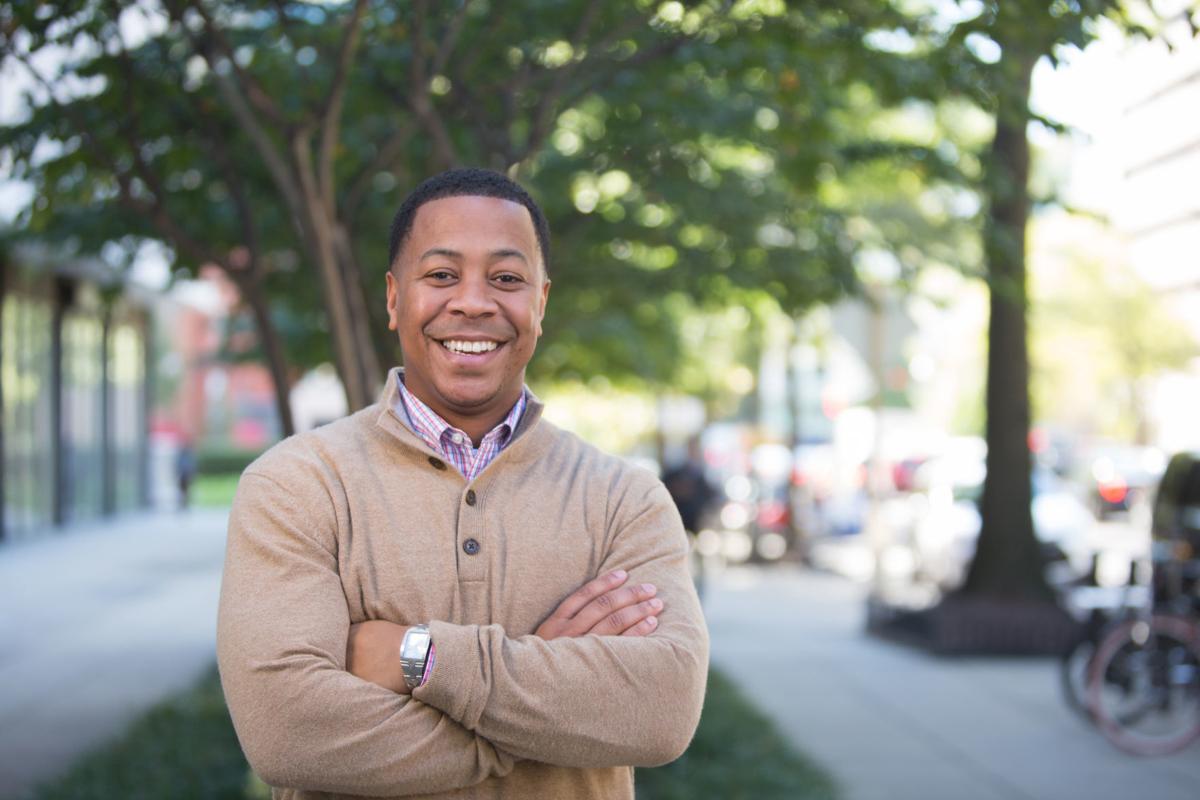 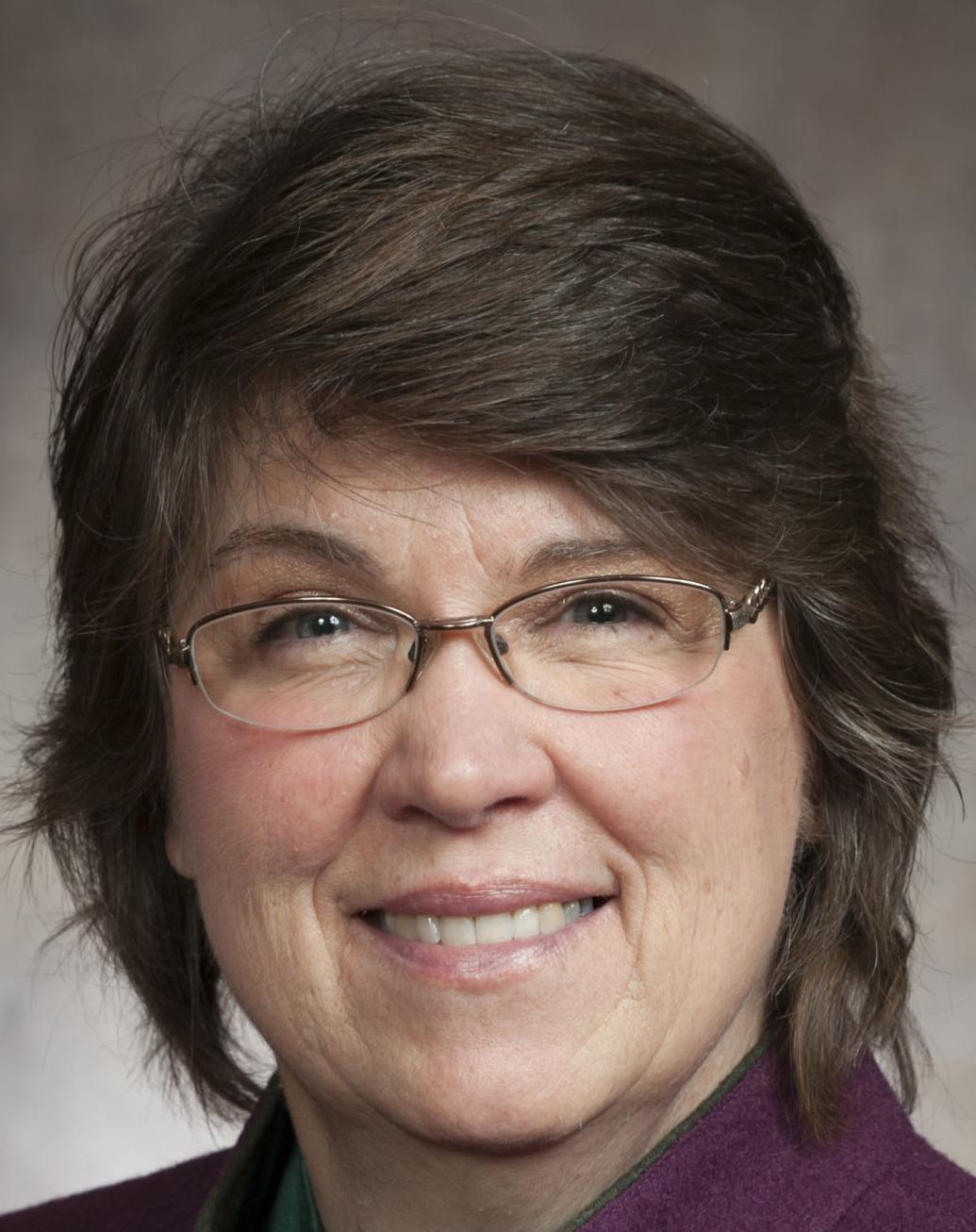 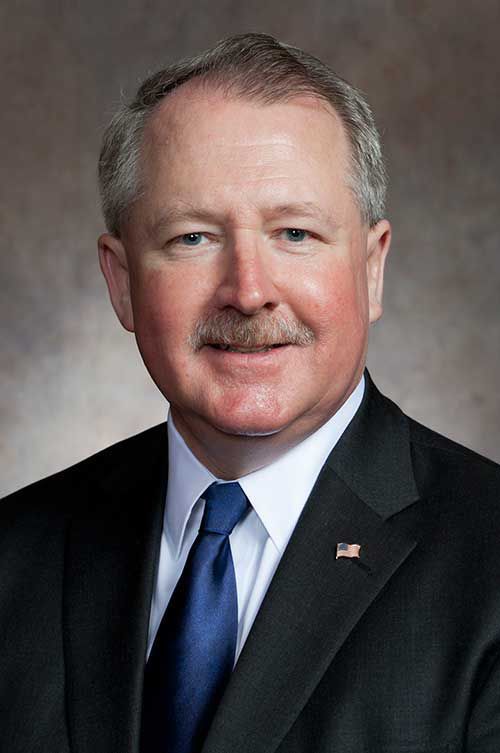 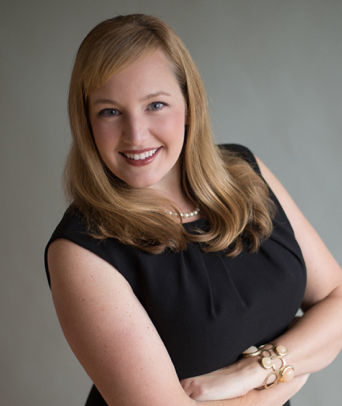 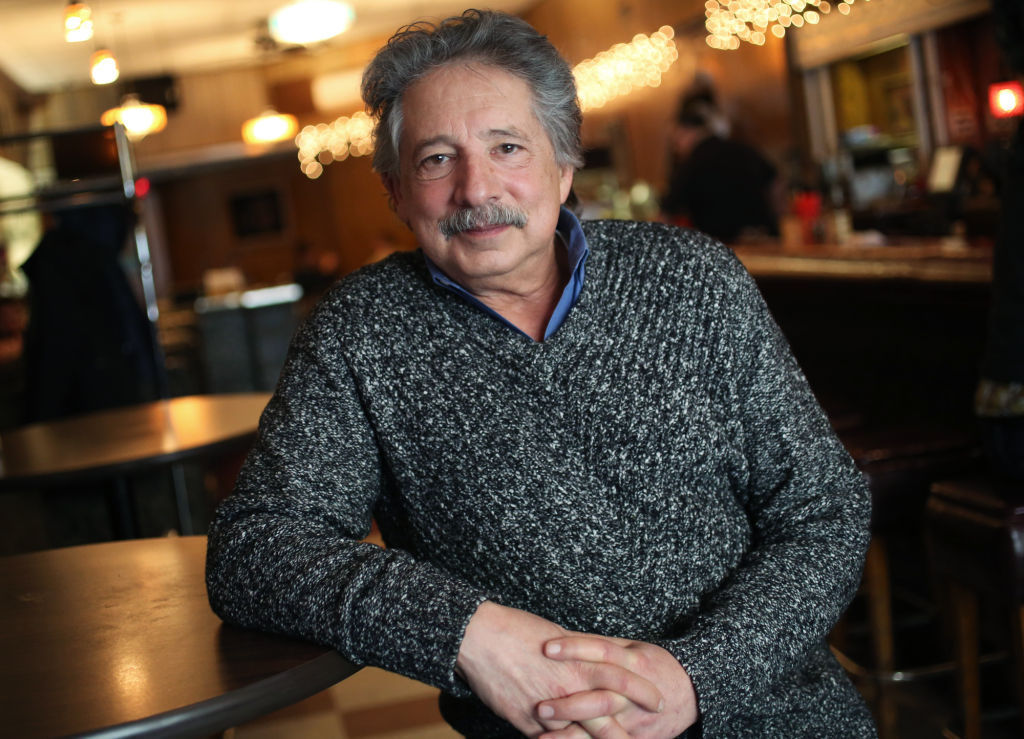 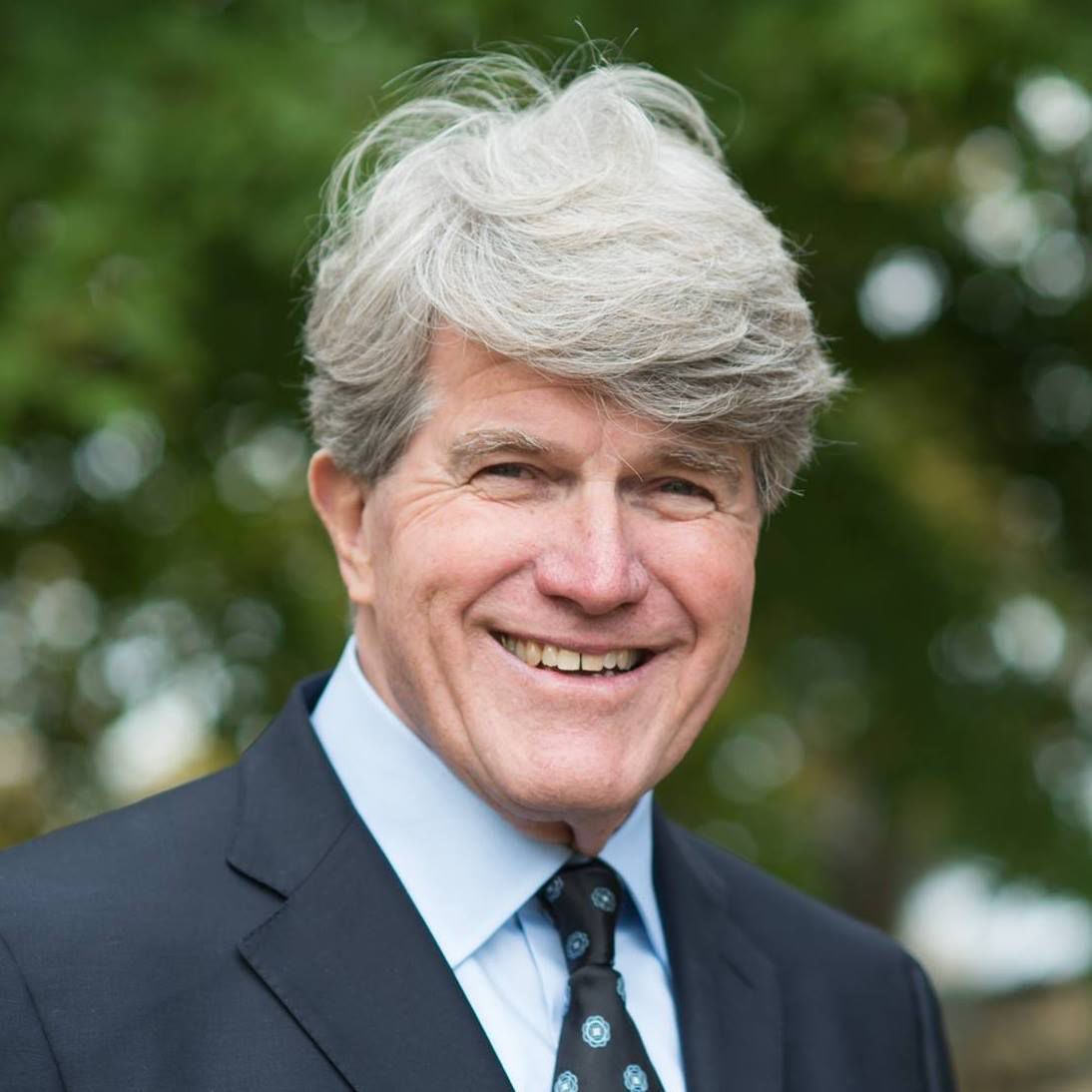 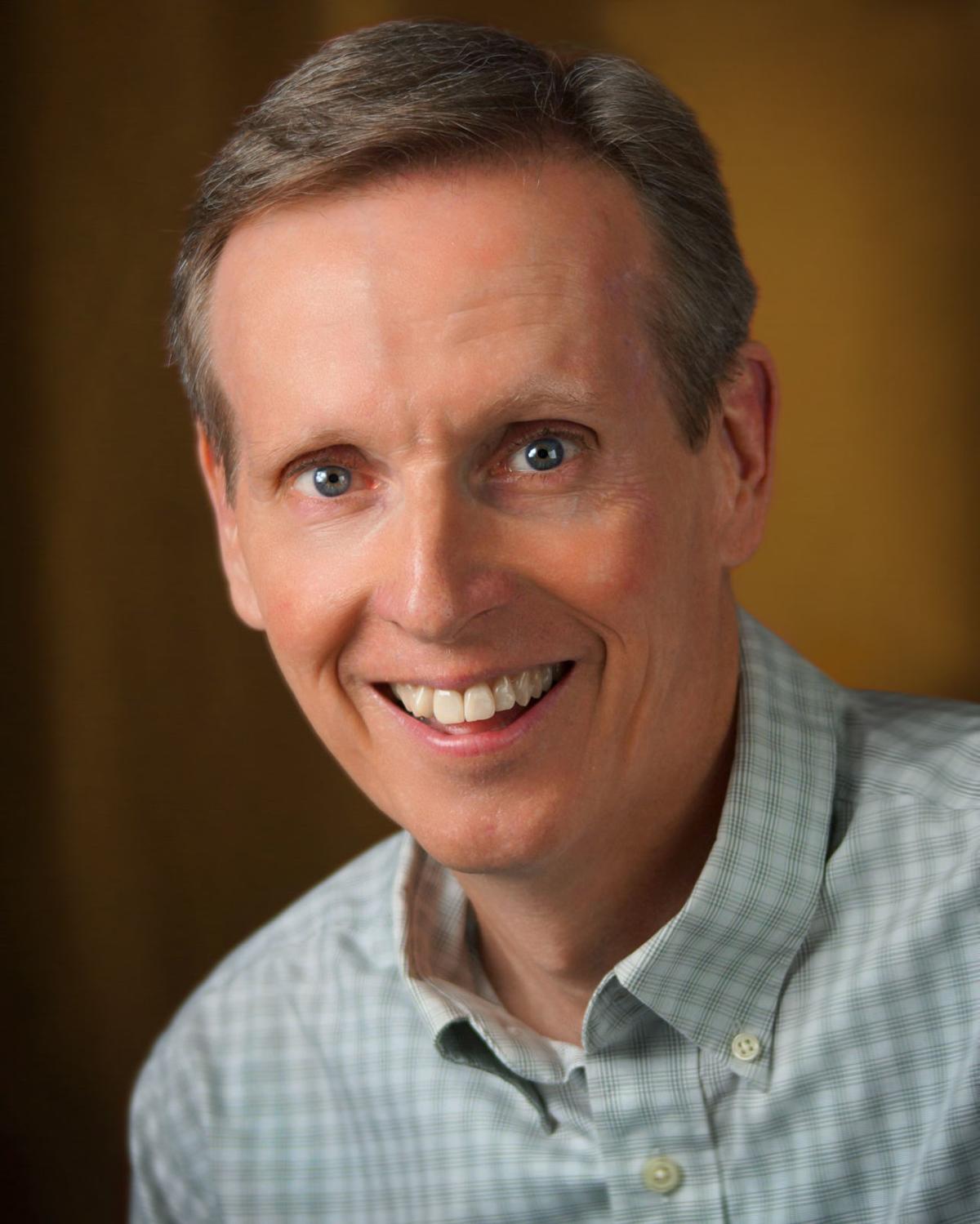