After the COVID-19 pandemic left the Dane County Regional Airport largely deserted, an expected surge in travel and a roughly $85 million expansion project should propel the airport to pre-pandemic operation levels — and likely beyond.

The 90,000-square-foot addition would only add three gates, but Dane County Regional Airport spokesperson Michael Riechers said it paves the way for more flights and more passengers at the small local airport. The new south terminal will also feature a new restaurant and other spaces for travelers.

Expected to take about two years to build, the expansion would increase the airport’s capacity for larger planes, making it easier to convince airlines to add new destinations for Dane County travelers. Riechers said the project “sets up for future growth.”

“We have every reason to believe that given enough time we’re going to grow back to our pre-pandemic numbers and then ultimately surpass them,” Riechers said.

Airport staff are focusing first on getting back some of the most popular routes — nonstop flights to New York City, Washington D.C., Las Vegas, Los Angeles and San Francisco — and then will look toward adding new cities.

Riechers is confident the airport will be able to recover and then some. The expansion plan was developed in 2018 because the airport was “growing consistently and aggressively” each year and was “going to run out of space,” Riechers said. He expects to get back on that trajectory because air travel will likely spike back up.

The Transportation Security Administration is already starting to see more people flying and anticipates that trend will continue this summer due to the high number of people fully vaccinated and the pent-up demand for travel after the last year of social distancing and isolation.

Ald. Syed Abbas, who represents the area on the Madison City Council, said he thinks the airport expansion is a “very good investment,” especially at a time when the city and county are recovering financially from the pandemic. He said the project will create jobs and help accommodate residents’ demands for travel.

“I’m supportive of it,” Abbas said. “I see a good benefit for the community.”

The development was approved by the county in 2018, and will likely get the green light from Madison’s Urban Design Commission Wednesday. Riechers said a building permit from the city is also expected this week. No further approvals for the project are needed.

Under the plans, the south end of the airport, which juts out diagonally to the rest of the structure, will be demolished and replaced with a longer terminal that will run straight in line with the rest of the building, Riechers said.

Phase one would be building the new structure, and phase two would demolish the diagonal terminal, he said. The expansion would destroy three existing gates and add six new ones.

The top floor would include the gates, a restaurant, a play area for children, a nursing suite for mothers and a service animal relief area that would provide service dogs and other pets a hygienic place to go to the bathroom without owners having to leave the airport and go through security again.

Sup. Larry Palm, who represents the airport-area 12th District on the Dane County Board, said he’s supportive of the project, especially the service animal area. He said he’s pleased that the expansion is internal to the airport’s existing property and likely won’t affect neighboring homes.

But Palm said he would have liked to consider using the $85 million for other projects, such as addressing the soil contamination at the airport from PFAS compounds — toxic, man-made chemicals that don’t break down in the environment and have been shown to increase the risk of cancer and other ailments. Although the money likely couldn’t have been used for that anyway, Palm said.

The $85 million will come from user fees and revenue generated by the airport, not county taxpayer dollars. Riechers noted that the airport is financially self-sufficient and is not on the local tax roll.

Palm said because of regulations from the Federal Aviation Administration, the airport revenue has to go toward the airport and can’t be used for other county projects. And the county still doesn’t have a concrete plan for PFAS remediation at the airport, so he said it doesn’t make sense “to have money just sitting” when it could be used for the terminal reconstruction.

“There’s no alternative plan on the table, and this (project) has been moved forward, so I support that,” Palm said. “But I do wish that locally we had more ability to determine how that money was used.”

Overall, Palm said, the expansion is a good project.

“The airport is doing its due diligence to continue to improve the facility for the county,” he said.

The project has not broken ground yet, Riechers said, but the airport is shooting to have it completed by summer of 2023.

Chances for much-needed showers and storms will increase as a cold front comes through southern Wisconsin late Friday through Saturday afternoon, according to forecasters.

Airport data for April shows a roughly 1,500% increase in both passenger arrivals and departures compared with April 2020. But the airport remains close to 55% down from April 2019, before the pandemic hit.

The low-fare carrier said it will resume nonstop flights between the Dane County Regional Airport and Las Vegas on Aug. 13, with fares starting at $39.

Dane County travelers will be able to escape the cold starting this November and fly from Madison to Miami. 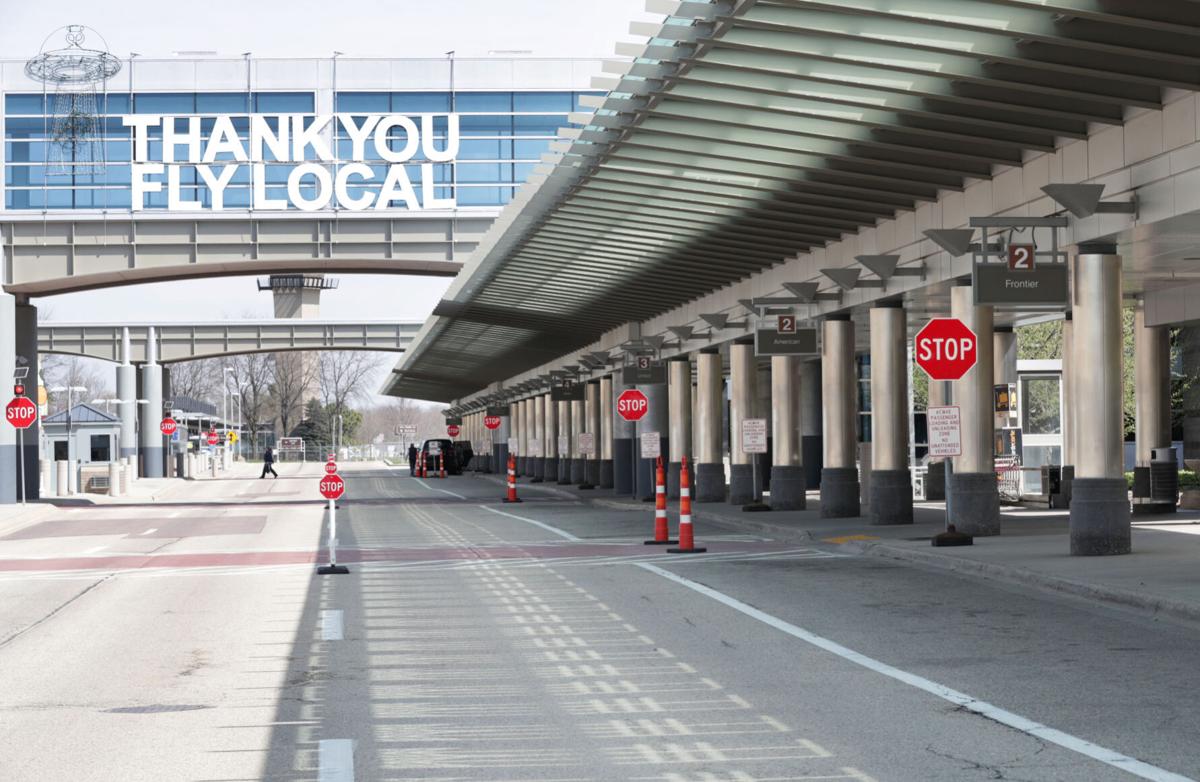 A roughly $85 million project to expand the Dane County Regional Airport’s south terminal is expected to help propel the airport to pre-pandemic levels of operation and beyond. 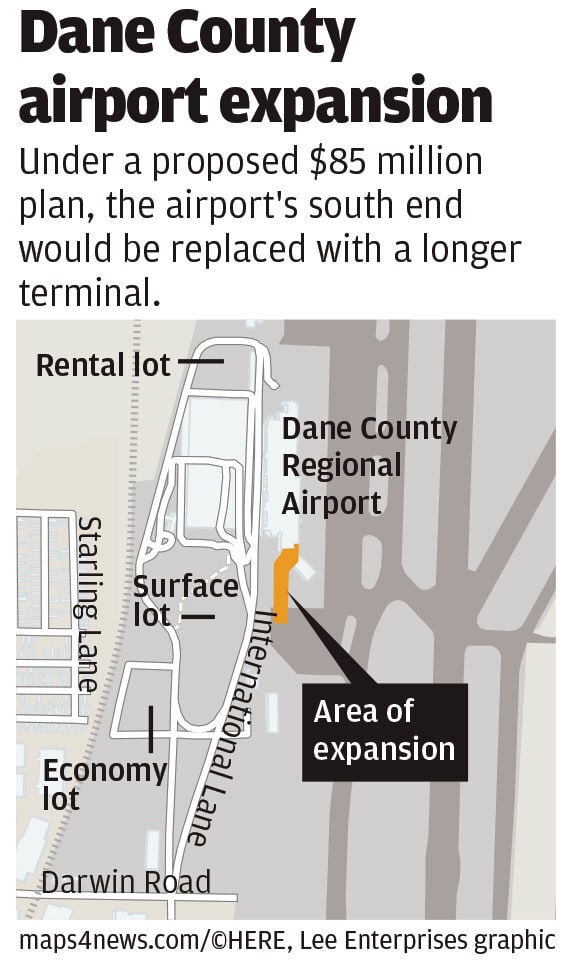