Buying a hotel to house homeless people, building another tiny house village, making camping easier, searching for car camping sites — all are part of a major Dane County proposal that would put at least $7 million in federal COVID-19 relief funding toward housing solutions for the county’s homeless population.

In the coming weeks, several county committees will consider the wide-reaching package, starting with the Park Commission Wednesday night.

But the proposal got a cool reception from the office of Dane County Executive Joe Parisi on Tuesday because of the limited federal funds available and the need to spend more than expected on sheltering people in hotels.

Parisi’s office said he supports a separate resolution introduced Tuesday that would instead put an additional $2.6 million in federal funding toward continuing to shelter people in hotels through the end of 2021. Parisi did not directly respond to a question about whether he would support putting $7 million toward the longer-term solutions of a hotel purchase and tiny houses.

“Given the uncertainly delta has caused, we must focus in the short term on funding the safety net services we are already providing, and we must be extremely cautious about funding new initiatives, however well-intentioned,” Parisi said in a statement to the State Journal.

It’s unclear how far the package will go without the Parisi’s support, but some major aspects do not require funding. Sup. Heidi Wegleitner, the author of the resolution, said she is hoping it will come to the county board for consideration by late September or early October.

The package comes as the city of Madison has been grappling with how to address a sprawling homeless encampment at Reindahl Park. The encampment has grown from fewer than a dozen campers to anywhere from 40 to 60 campers and has had a series of violent incidents, including fights and a stabbing. City staff have said the situation is “not sustainable.”

As of early August, county outreach staff estimated that roughly 125 were living outside in encampments in Dane County, according to the resolution. The actual number of people living outside or in cars is expected to be higher.

Wegleitner said Madison has “really taken the lead” when it comes to supporting those who are unsheltered, while the county’s focus has been on paying to temporarily house people in hotels. She said this proposal is a way for the county to “step up” and put more money toward helping those who are living outside.

“We need to be investing in permanent housing solutions for people who have experienced chronic homelessness,” she said. “We can’t just be paying rent in hotels. We need permanent supportive housing options.”

Dane County has spent $23.5 million in federal CARES Act funds on hotel shelter since the start of the pandemic, Parisi’s office said.

Madison community development director Jim O’Keefe said Wegleitner is pursuing resources for some of the same initiatives the city is seeking, and the city “welcomes that reinforcement.”

“Should her proposal be adopted, it would certainly set the stage for future collaboration between the city and county on those types of projects,” he said.

Using federal COVID-19 relief funds from the American Rescue Plan Act, Wegleitner’s proposal would allocate $5.25 million for purchasing a hotel or multi-unit building to provide permanent housing for those experiencing homelessness, $1.5 million toward developing another tiny house village and another $250,000 toward outreach, such as providing unsheltered people with meals, survival gear and medical care.

An additional $2.25 million in federal funds could come for the proposed building, but the county first needs to determine whether the purchase would be allowed under forthcoming federal guidelines. If so, that would bring the total funds for housing solutions up to $9.25 million.

The hope is that the city of Madison would also contribute to the hotel or building purchase. O’Keefe said the mayor and council have set aside federal funds for that purpose.

At this point, Wegleitner doesn’t have a specific property in mind for the hotel or multi-unit building, but she has a vision of how it would function. Under a “housing-first philosophy,” an person’s inability to pay rent, lack of rental history, criminal history or prior eviction wouldn’t hold them back from securing housing. Those are reasons people are often pushed out of the regular housing market and pushed into homelessness, Wegleitner said.

“Housing is a human right,” Wegleitner said. “Everybody deserves a place to live.”

If the funding is approved, Wegleitner acknowledged that it would be a long process to find a hotel or other building and convert it into housing. But she is optimistic that another tiny house village could be constructed before winter.

Occupy Madison last year got approval from the city of Madison to construct a tiny hut village in October and got it up and running by January, with some of the 28 huts ready to go in December. The county contributed about $200,000 to the project.

“I do think that’s absolutely something that, if the money is there, could be part of the solution potentially this year,” Wegleitner said of the potential third tiny house village.

But both the tiny houses and the hotel could be on the chopping block if county board members aren’t on board with doling out millions in federal funds for the projects. Parisi said that money needs to be saved for other things.

“Providing hotel shelter is the right thing to do at this time, and it is expensive to maintain,” Parisi said. “In addition to these resources for people experiencing homelessness, additional (federal) dollars may be needed to relaunch pandemic responses in other areas that only two months ago we thought we could wind down.”

According to Wegleitner’s resolution, 139 people are being housed in hotels, and 60 people are on the waitlist.

Wegleitner’s resolution would also make some more immediate changes that do not require funding, including directing county staff to find sites for lawful car camping and changing county ordinances to allow homeless people to stay for free at county campgrounds for extended periods of time.

Current county campground regulations require registration and a camping fee, and limit stays to 14 consecutive days. Those requirements would be waived for homeless campers through March 31 under the proposal.

The city doesn’t have any campgrounds, but some temporary encampments were allowed during the pandemic, and the city is pursuing two sites for campgrounds. O’Keefe said the City Council will hopefully take up a resolution to allow for some campgrounds at its Aug. 31 meeting.

Sup. Sarah Smith, 24th District, a sponsor of the resolution, said the county already has campgrounds in some of its parks, so the ordinance changes are an easy way to provide another option for those who aren’t comfortable with staying at Reindahl Park. She doesn’t support kicking people of of Reindahl but hopes this could give people more flexibility.

“It’s a unique way that the county can step up,” she said.

For car camping, county staff would need to submit a report within 60 days of the resolution’s adoption identifying spots on county-owned property and parking lots of businesses and faith communities. That’s something that was recommended to the county more than nine years ago, Wegleitner said.

Smith said people who are living out of their cars aren’t sure where its safe and legal for them to park for extended periods of time without being penalized.

The county board, she said, needs to put more money toward supporting the city’s efforts, especially heading into the fall.

“This is urgent. This is overdue,” Wegleitner said. “We need action before the cold of winter.”

The council defeated a procedural move Tuesday on whether to end the Far East Side encampment, while the mayor said she understands frustrations of neighbors but potential solutions are complicated.

Madison committee recommends continued use of camping in Reindahl Park

“It’s an opportunity for us to finally do right by this community,” said Ald. Juliana Bennett, District 8.

On Wednesday and Thursday, the work will result in lane closures for the eastbound Beltline from Verona Road to Fish Hatchery Road from 9 a.m. to 2 p.m., the state Department of Transportation said.

Along with the heat, showers and storms could bring heavy rain over the next few days for southern Wisconsin, according to forecasters.

The joint Madison-Dane County Board of Health has written a letter opposing a resolution that urges the county to "pull back" its mask mandate.

"That is the ultimate solution to homelessness is permanent, affordable accessible housing," Sup. Heidi Wegleitner said. 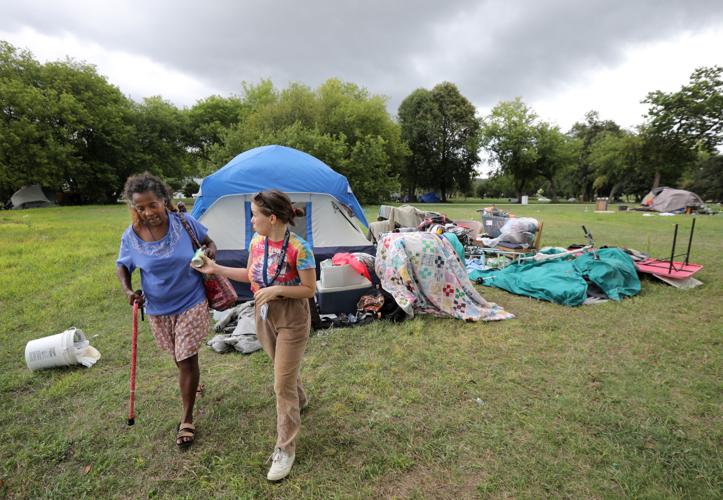 Judy Alston, left, is picked up Tuesday for a doctor's appointment by Kaci Toban, PATH outreach specialist with Tellurian, as she prepares to move into transitional housing, at a homeless encampment at Madison's Reindahl Park. A Dane County proposal would put $7 million toward housing solutions, but Dane County Executive Joe Parisi wants to use those funds in other ways. 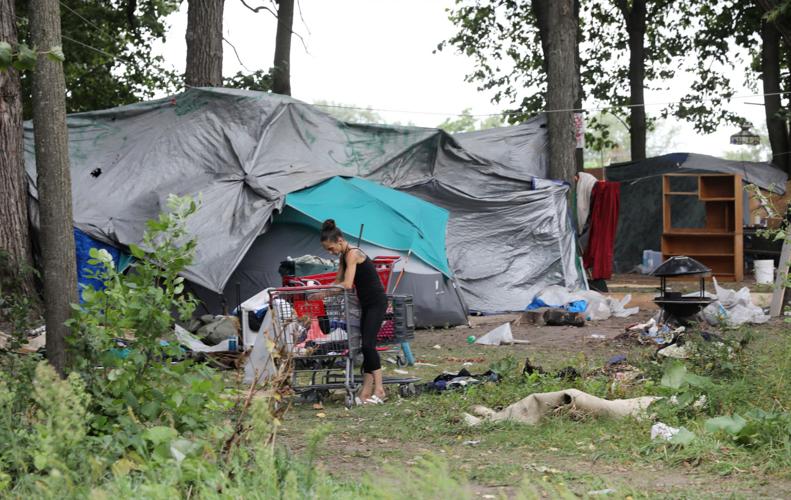 The homeless encampment at Reindahl Park in Madison has grown from fewer than a dozen campers to anywhere from 40 to 60, and has had a series of violent incidents, including fights and a stabbing. City officials and some County Board members are looking to provide more options for camping and long-term housing solutions. 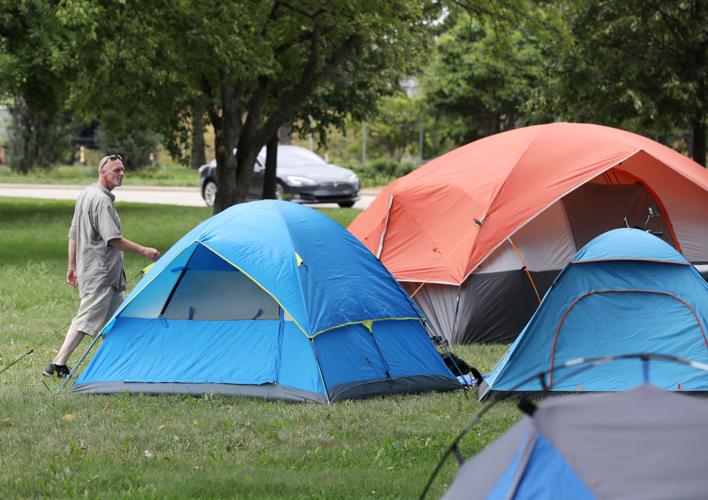 Joey Russo, who has been homeless for a couple of months, is living in a tent at a homeless encampment at Reindahl Park in Madison. As of early August, county outreach staff estimated that roughly 125 people were living outside in encampments in Dane County and more were living in other areas outside or in cars. 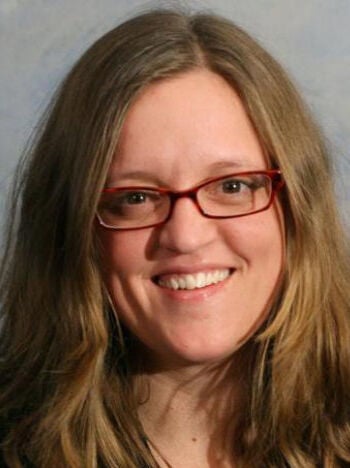 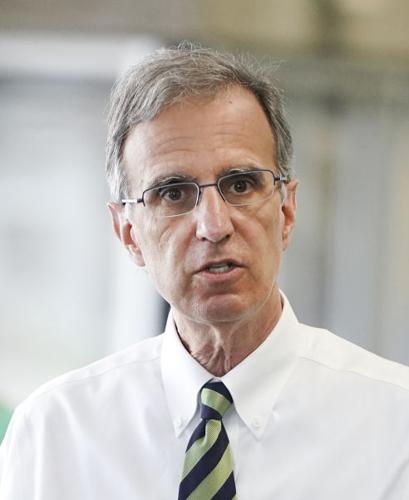