Dane County plans to stop making electricity with natural gas extracted from heaps of garbage and manure so that it can sell the gas through an interstate pipeline for use as environmentally friendly automobile fuel.

The $23.5 million project at the county landfill would be the first of its kind in the state.

The effort is a response to utility company plans for sharply cutting back on the money they have paid for nearly a decade to dozens of landfills and waste digesters for gas-generated electricity.

Multi-year contracts with utilities provided more short-term certainty about revenue levels than the county and others will have selling the gas at market prices.

But Dane County officials say current natural gas prices and government subsidies are likely to mean more income as soon as the new equipment is up and running early in 2019. And without the limits imposed by the utility contracts, the door will open to greater production of renewable energy that does far less environmental damage than fossil fuel.

“Our digesters are so important to our lakes cleanup effort,” Parisi said. “This not only shores up the economic stability of our existing digesters, but potentially allows us to expand the number of digesters throughout the watershed.”

Dane County’s sprawling landfill on Highway 12/18 is one of several in the state that collect gas that is created by the breakdown of organic material. Biodigesters collect manure and food waste to produce the gas.

The county projects sales of gas from the landfill alone to bring in millions of dollars annually. And biodigesters that truck their gas to the county’s injection point in an interstate pipeline will bolster their bottom lines, Parisi said.

Technological advances and government subsidies have made selling the gas more lucrative in recent years. The federal subsidies are folded into the ethanol program, which appears to have the backing of the Trump administration, Parisi said. The state of California also offers subsidies the county will pursue.

Three years of gas sales revenue will cover the $18 million cost of equipment needed to purify and inject gas into the TransCanada pipeline that happens to run under the landfill, said county solid waste manager John Welch.

In addition to the $18 million in the current county budget, Parisi has proposed another $5.5 million for equipment to inject gas trucked in by biodigesters. One has committed and another has expressed serious interest in the fee-based service, Welch said. Parisi has also proposed $250,000 to study where new digesters should be built.

More than a decade ago the state Legislature and Democratic Gov. Jim Doyle instructed the Public Service Commission to encourage more production of renewable energy. The state’s investor-owned utilities agreed to pay more than the market rate for a limited amount of gas-generated electricity to help spur construction of digesters and encourage capture of landfill gas.

Dane County’s landfill cleared about $2.7 million annually selling electricity to Madison Gas & Electric. But when its contract lapses in 2019, that would drop to about $500,000, Welch said.

For the Clean Fuel Partners biodigester near Waunakee, it had been unclear how operations could continue after 2020 when its contract with Alliant Energy expires and revenue drops, said Clean Fuel Partners president and chief executive officer John Haeckel.

On Wednesday, Haeckel joined a group that met with the county’s natural gas consultant. Haeckel said if his initial calculations on gas sales hold up, he hopes to purchase gas purification and compression equipment as soon as the county is ready to begin accepting gas. And he wants to increase gas production by 50 percent by activating an idle 1.25-million-gallon digester if he can find farmers to supply more manure, obtain regulatory approvals and secure a market for byproducts.

The U.S. Environmental Protection Agency requires landfills to control emissions of greenhouse gases that leak from decomposing refuse. Some simply collect and burn it off into the air, but others, like Dane County, have fed it into electrical generators.

Generating electricity with gas from landfills or biodigesters also reduces carbon emissions by reducing the need for energy from coal-fired energy plants.

Biodigesters deliver the added benefit of managing some of the millions and millions of gallons of dairy manure produced in Wisconsin.

Farmers and feedlot operators dispose of manure by spreading it on fields, but disease-causing pathogens end up in lakes, streams and drinking water. And excess nutrients that run off and cause unnatural weed and bacterial growth in lakes and streams are the state’s single most widespread source of water pollution.

Biodigesters mix manure with food waste and heat it, which speeds gas production and kills pathogens. Then, before returning the manure for field spreading, biodigester operators are supposed to run at least some of it through processes that extract nutrients for use as fertilizer in places where they are less likely to be damaging.

More than 30 biodigesters are operating in Wisconsin. It’s not clear how many signed the higher-than-market-rate contracts. An Alliant spokesman said the utility has eight such contracts among 15 small electrical suppliers that include landfills and biodigesters on farms and at wastewater treatment plants.

The TransCanada interstate gas pipeline snakes through the east side of the state. Many biodigesters and landfills won’t be close enough to make pipeline sales practical, said Michael Vickerman of RENEW Wisconsin, which advocates for renewable energy.

The biodigester at the Crave Brothers farm in Waterloo produces less gas than Clean Fuel Partners facility near Waunakee, so it may not be cost-effective to install purification equipment needed to sell gas, said Haeckel, whose company operates the Jefferson County digester.

However, the Crave Brothers utility contract runs for several more years. It’s possible the price of technology will come down by then, Haeckel said.

The GL Dairy Biogas Digester in the town of Springfield is owned by Gundersen Health System. It sells to MG&E, said utility spokeswoman Dana Brueck. Some of the Gundersen gas probably will be trucked to the county landfill with the rest going to other locations, Welch said.

Dane County expects to start selling gas in spring of 2019. No others in Wisconsin have made the switch, but some have recently begun working on it, Welch said.

The county’s gas will be metered where it enters the pipeline, which now carries only gas from outside of Wisconsin. It goes to distribution points for use in homes, or it is compressed and used as fuel in specially outfitted cars and trucks, Welch said.

The county is selling only to compressed natural gas markets. In addition to sales revenue, the county will be able to collect money from the government subsidy programs, which are aimed at encouraging production of renewable fuel.

A new state-subsidized biodigester-landfill complex in Brown County is scheduled to begin injecting gas into the pipeline late next year.

The Public Service Commission announced in September that it had chosen a consortium called BC Organics that is made up of 24 members, led by Waukesha-based Dynamic Concepts and including WEC Energy Group of Milwaukee and U.S. Biogas of Plymouth.

The $60.3 million project came together in an effort championed by Gov. Scott Walker. It will receive $15 million from the state. Biodigester facilities are to be built near the county landfill south of Green Bay. At least nine farms with over 22,000 animal units have committed to sending manure to the digester, the PSC said.

The new disposal site opened May 1 at the county landfill on Highway 12. The new place will operate year-round, and will now charge a fee.

Air and water pollution violations forced the previous owner to pay $80,000; the new proprietor says the next challenge will be money.

Technique for turning manure into drinkable water could help lakes

The Clear Horizons plant spilled 380,000 gallons of manure last year. A report details deficiencies, but it's unclear why safety measures weren't in place.

Most of the proposed amendments passed without discussion but language was added relating to the consolidation of the county jail facilities by expanding the Public Safety Building.

Projects would not have to be located in Dane County to be eligible for county funding.

John Patterson, owner of the Madison franchise of 1-800-GOT-JUNK, hopes to collect and recycle your unused video game systems, TVs and appliances.

Heavy rains help bring the stink to Madison's Southeast Side

Welch said the landfill uses soil cover, an odor-negating spray and a misting agent that comes in fragrances including grape and fresh-cut grass. 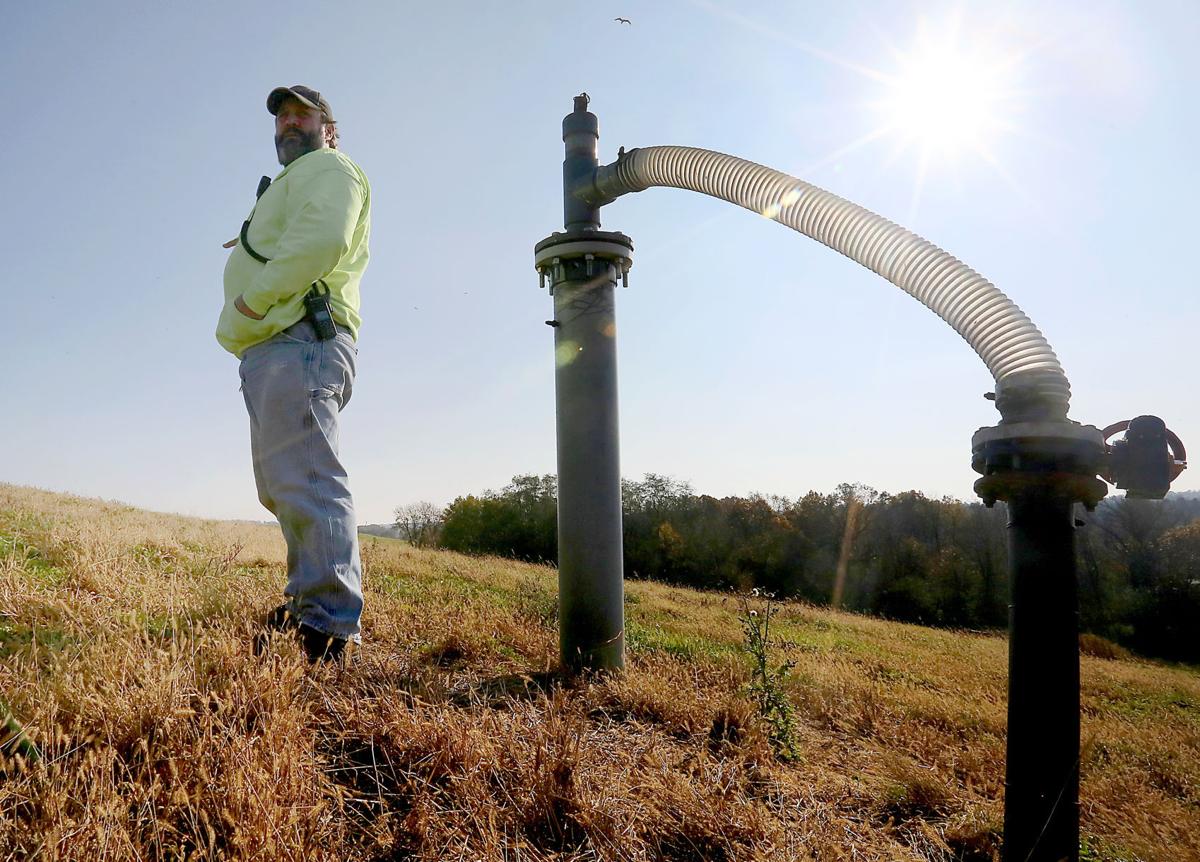 Dane County will soon begin selling landfill gas for use in cars and trucks. Above, landfill manager Paul Howard stands next to one of 53 wellheads that extract gas created by decomposition of organic refuse inside the landfill mound. 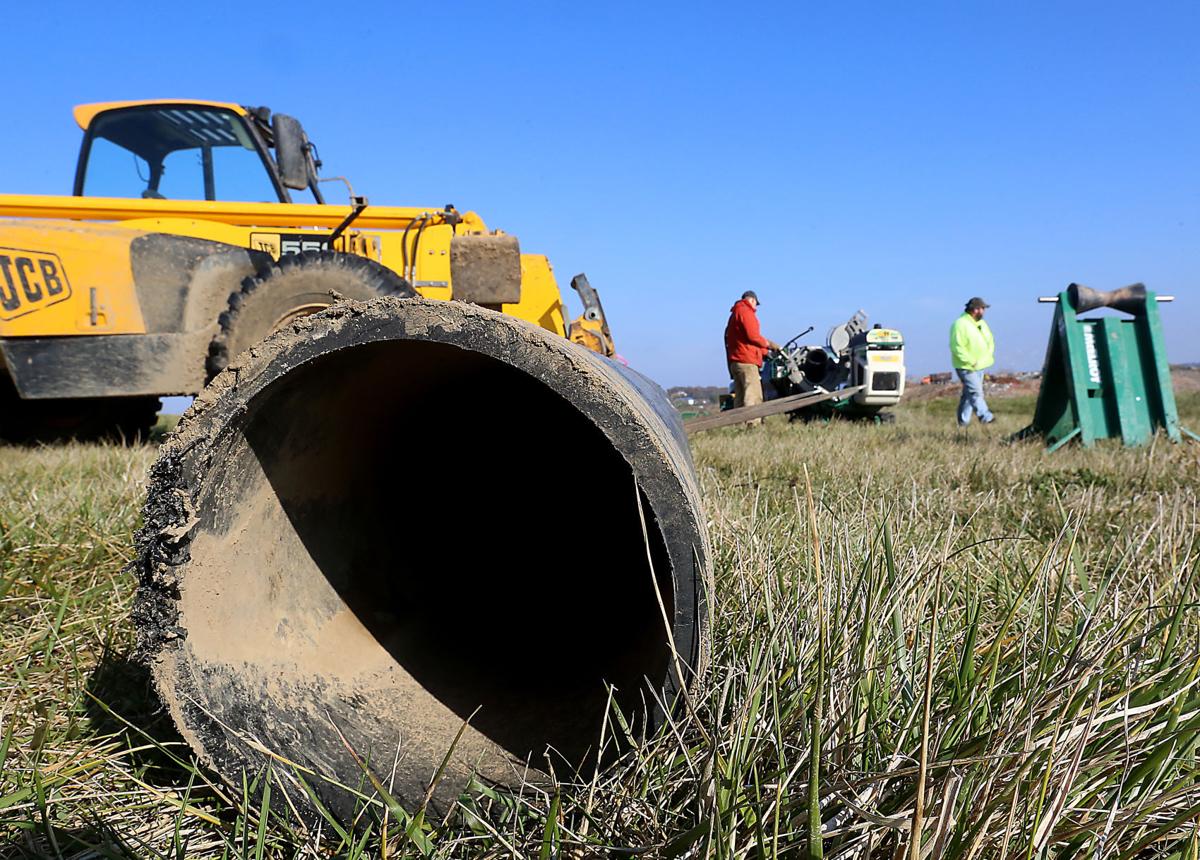 As the Dane County landfill prepares to begin selling gas through an interstate pipeline, it is installing other pipe to collect gas from a new landfill section. 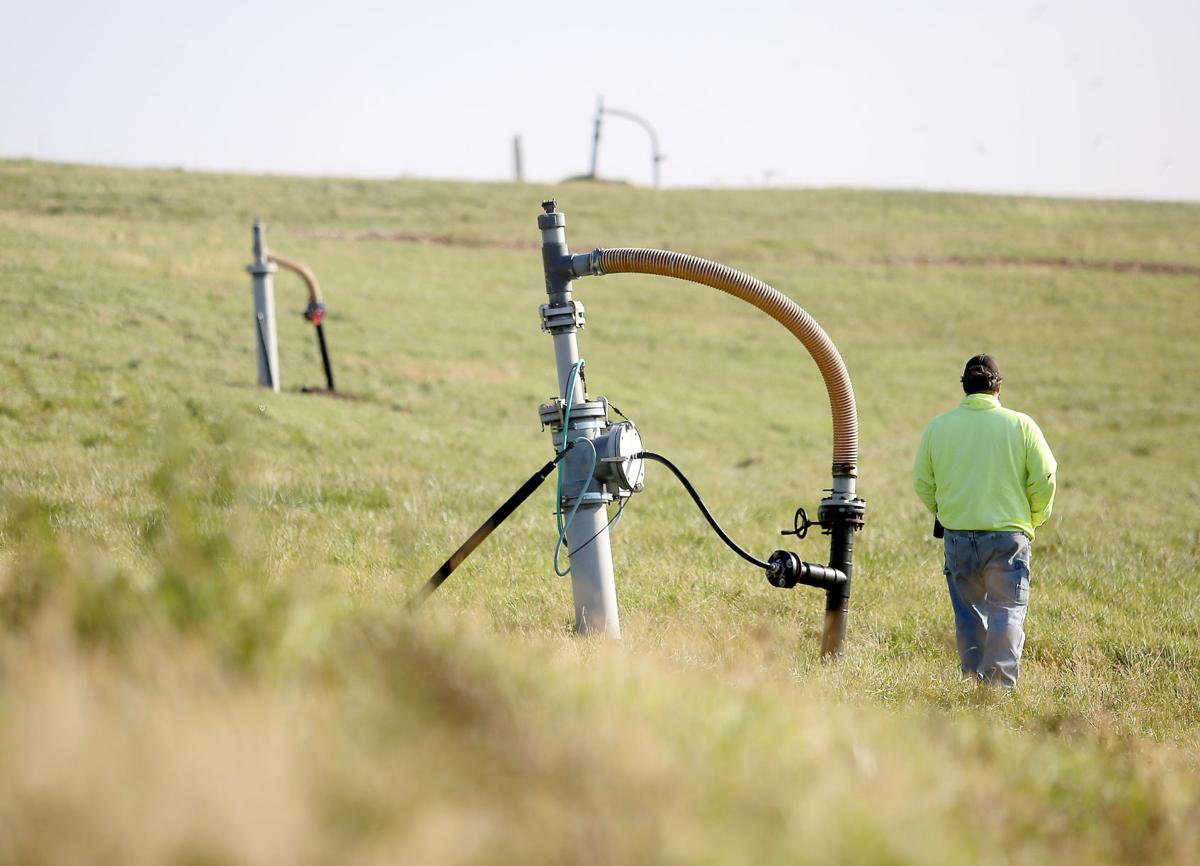 Dane County plans to continue extracting gas through a series of wells installed in its landfill, but instead of using it to generate electricity it will soon sell it through an interstate pipeline. 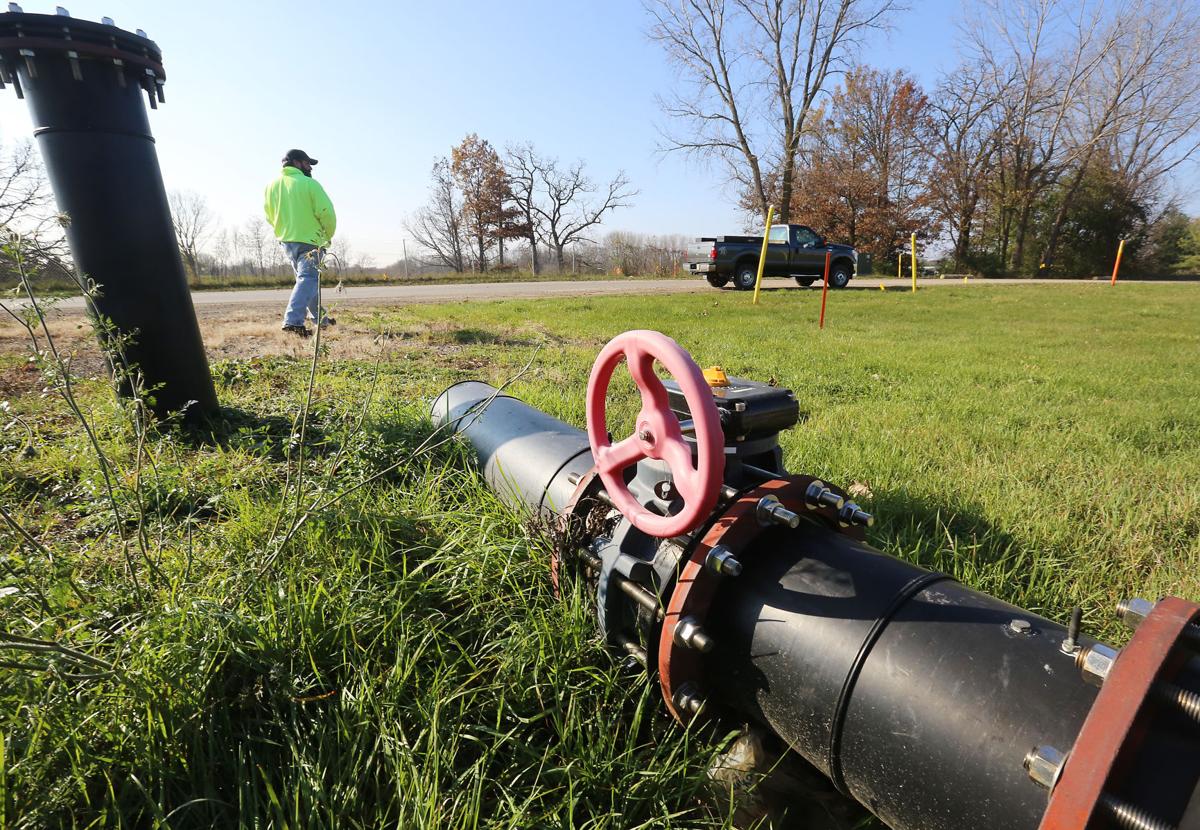 Dane County's landfill collects gas and pipes it to on-site electrical generators. A small amount is processed for use as automobile fuel. Plans are under way for a larger processing facility to prepare the gas for sale through an interstate pipeline. 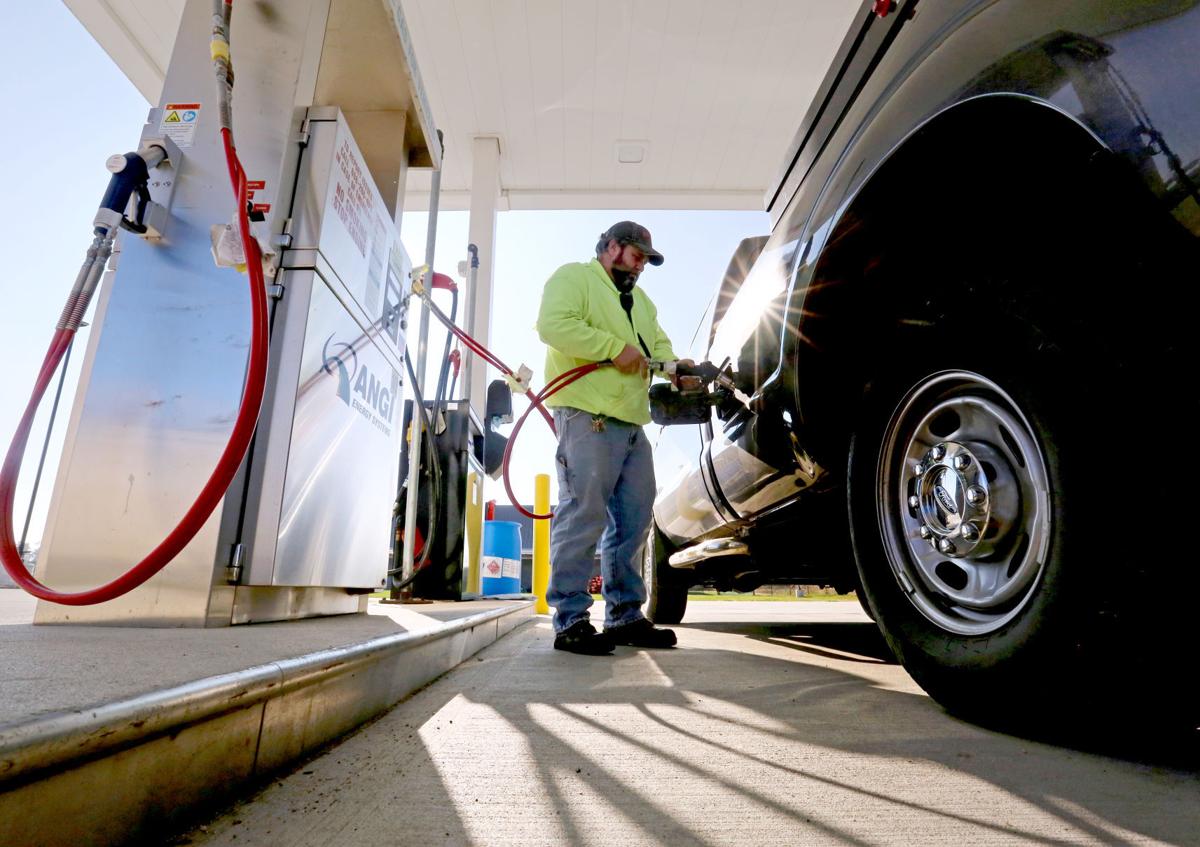 Dane County landfill manager Paul Howard fills his vehicle with compressed natural gas. The gas is collected from the landfill and compressed for use in specially-outfitted vehicles. The county plans to begin selling the gas through an interstate pipeline.