The Dane County deputy who died from COVID-19 Saturday tested positive for the virus “several weeks ago” and was hospitalized soon after, Sheriff Dave Mahoney said at a news conference Sunday.

The Sheriff’s Office has been practicing “very strict contact tracing” since the beginning of the pandemic, which includes identifying everyone with whom both jail inmates and employees who test positive have been in contact.

Mahoney did not say Sunday how Treadwell contracted the virus.

Treadwell died at St. Mary’s Hospital at about 4:30 p.m. Saturday. He is survived by his wife, daughter and two sons.

Mahoney said after Treadwell tested positive for the coronavirus several weeks ago, he was initially in isolation at home but eventually hospitalized.

A resident of Waunakee for many years, Treadwell began his career with the Sheriff’s Office in 1995. Most recently he was assigned to the training division, headquartered at the training center in Waunakee. He oversaw and taught the 720-hour course for new recruits at the basic academy, work that Mahoney said “drove Rick Treadwell every single day.”

Not only did Treadwell work to ensure the newest members were ready to serve, he held those already serving to high standards, Mahoney said.

“I’m in my 41st year with the Sheriff’s Office,” Mahoney said. “Each year I went into service, Rick made sure even I adhered to the curriculum to make sure that I was meeting the standard.”

In a statement Sunday, Attorney General Josh Kaul said Treadwell impacted each new generation of sheriff’s deputies in the training division, a service that made communities safer and will continue his legacy.

Mahoney said he received messages Sunday from some teachers at Waunakee High School, who spoke highly of Treadwell’s involvement with his children in school and his efforts to make sure they “had all they needed to be excellent as well.”

Jim Palmer, executive director of the Wisconsin Professional Police Association, said Treadwell’s death is an “enormous loss” in the community and across the state.

Palmer said he wouldn’t think an assignment in the training division would be of high risk. He said working in the jail or on patrol having to respond to a number of situations would seem more risky.

It is somewhat surprising, Palmer said, that COVID-19 has not taken more lives in the line of duty given all of the risk. That Treadwell is the first in the state reflects that the law enforcement community is taking all of the necessary precautions to limit the spread of the virus, he said.

“It just goes to show that despite all the measures that are taken by the Sheriff’s Office that someone could still contract it and die,” Palmer said. “If there’s anything to take away from this tragedy it should be a reinforced sense of vigilance not just for officers but for everybody to do their part in protecting themselves and others.”

Treadwell’s death “doesn’t change anything” in terms of how the Sheriff’s Office is handling the pandemic, Mahoney said, but is a reminder that everyone has a “responsibility to care for the community and prevent the spread.”

He said the Sheriff’s Office gives protective equipment to its entire staff, gives masks and cleaning materials such as hand sanitizer to inmates, practices social distancing and has an entire team dedicated to cleaning all three buildings within the organization.

In March, the Sheriff’s Office bought ultraviolet ray emitters, like those used in hospitals, to kill viruses in the air and on surfaces. They are used “around the clock” between the jail, Public Safety Building and Huber Center.

Mahoney said the Sheriff’s Office is working on a way to honor Treadwell and his 25 years of service. Staff who specialize in line-of-duty deaths are working with Treadwell’s family, who Mahoney has been in touch with, to ensure they receive the resources and benefits available.

Young girls, wearing T-shirts printed with photos of Anisa, cried as they held a banner that read “Black Children Matter” and “Do this for Anisa”. 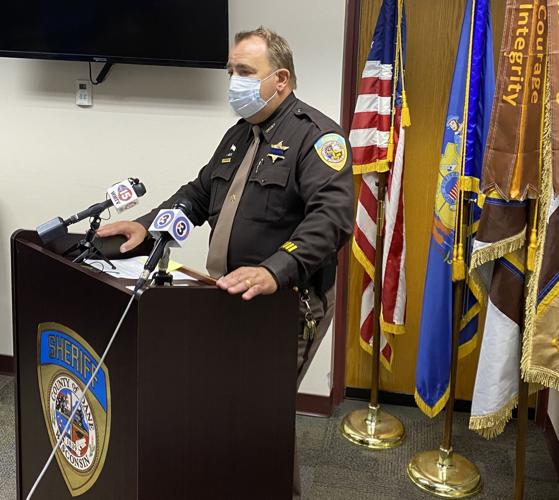 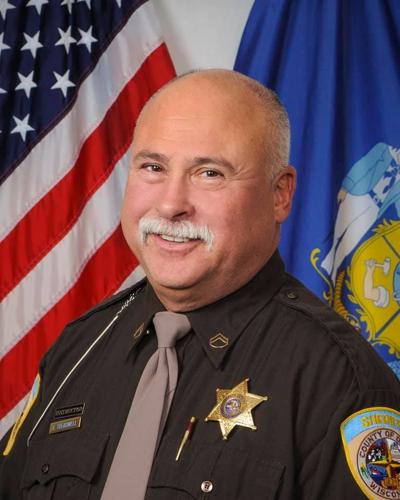