Dane County is terminating its relationship with its longtime partner at the Vilas Zoo, in part over the nonprofit organization’s cash reserves the county says have gotten too large and too far removed from zoo operations.

The Henry Vilas Zoological Society has worked with the county since the county took over the zoo’s operations from the city of Madison in the 1980s, and has been supporting the zoo for more than a century. The society currently operates all of the zoo’s concessions, carousel and train ride, and also manages fundraisers for the zoo, but all that will end March 31, said Josh Wescott, chief of staff for the county executive’s office.

It’s unclear whether the county can pass a budget amendment and hire staff to run those attractions before the end of the month or if the zoo will go without concessions and rides for a period of time.

In a letter to the society earlier this month, Wescott said the society has socked away too much money — in excess of $6 million, much of that in endowment and reserve funds — that county zoo staff cannot access.

“If the society’s intent was truly to support the zoo, dollars raised at the zoo and in the name of the zoo would go back to the zoo,” Wescott wrote. “Instead, funds raised in recent years have gone to accounts inaccessible to the zoo, without the zoo’s knowledge.”

Tom Hanson, chairman of the zoological society’s board, said the society has invested millions of dollars in the zoo during the partnership and has been a major funding source for the growing list of nationally recognized attractions at the admission-free zoo, including raising a little more than half of the money for the award-winning $9 million Arctic Passage exhibit.

Hanson said all of the money raised by the society is invested for current zoo operations and improvements, and future projects.

“All the funds that we raise either on the grounds or otherwise all go to the zoo,” he said, adding that was a requirement for the society as a nonprofit.

Hanson said discussions related to the society’s endowment and reserve fund were conducted in public board meetings attended by zoo director Ronda Schwetz, a county employee.

Schwetz did not respond to a request for comment.

Prange, who was not part of negotiations with the county, said the termination came as a surprise. She said county and society staff have worked well together, including finalizing a strategic plan that assumed continued cooperation.

“We had a terrific track record running the zoo together,” Prange said.

Under the strategic plan finalized last summer, the county would manage animal operations and be responsible for grounds and facilities maintenance and construction, while the society would continue to run the concessions, events and attractions.

The society has $1.5 million set aside in an endowment fund recently started when a donor provided the seed money, Hanson said. An additional $3 million has been amassed in a reserve fund to maintain funding for the zoo should it lose revenue from a drop-off in zoo visitors or donations.

The zoological society has partnered with the zoo since 1914, just three years after the zoo opened, to provide support with funding and personnel. In the past decade alone, the society has invested $17 million in zoo operations — including paying for some county zoo staff positions and creating the annual Zoo Lights event — and building improvements that have garnered national acclaim such as the Animal Health Center, Visitor Center, Arctic Passage exhibit and Wisconsin Heritage exhibit, which houses the zoo’s badgers.

Another point of contention, according to Wescott and Hanson, was the authority of the zoo’s director, Schwetz.

Wescott said the society would need to accept the director’s authority over all paid and unpaid workers at the zoo to remain accredited with the Association of Zoos and Aquariums (AZA). Hanson said AZA requires the zoo director maintain authority only over workers whose jobs involve animal care or welfare, not auxiliary functions like concessions or carousel rides.

AZA’s 2019 accreditation guidelines say, “The institution’s CEO/Director must have final authority over the support organization regarding the animals, exhibits, paid and unpaid staff, programs, long-range plan, and any matters affecting the institution.”

Hanson said the society and the county had seemed to be on track to approve a contract as of February, but those discussions went off the rails earlier this month when the county sent a new proposed contract that would remove the society’s presence from the zoo. It would have allowed the society to continue operating the zoo’s auxiliary functions through the end of the year. After that, the county would take responsibility for all operations, and the society would have to vacate its offices at the Visitor Center. The society would still raise money for the zoo and could hold special free or ticketed events at the zoo for fundraising purposes with the approval of the zoo director.

The society rejected that proposal Friday, saying it would not be able to adequately serve the zoo if it did not have on-site offices and operational control over the concessions and other non-animal functions.

“This is something we couldn’t take lightly,” Hanson said.

After 10 months of negotiations, Wescott wrote in this month’s letter, the county didn’t believe a different solution could be found.

Following the society’s rejection of the proposed contract, the county’s deputy corporation counsel, Carlos A. Pabellon, said its operations would have to end March 31, when the current contract expires. The zoo’s concessions, carousel and train will all close with the end of the contract, and the society will have to remove all of its possessions from the zoo, including from its offices in the Visitor Center.

All money raised by the society will need to be moved into a trust fund, Pabellon said, which the county suggests would be operated by the Madison Community Foundation.

Dane County Sup. Chuck Erickson, who represents the area around the zoo on Madison’s Near West Side, has sponsored a resolution to go before the County Board in the coming weeks that would modify the zoo’s budget and allow the county to hire nine full-time-equivalent positions to cover concessions and ride operations at the zoo.

Hanson and Prange said they don’t know what will happen to the society’s 13 full-time employees and about 50 part-time employees once the contract expires. Hanson said he hopes the society could continue to somehow financially support the staff for a short time to soften the blow.

“We want to demonstrate compassion to the employees because they did nothing to deserve this,” Hanson said.

Hanson said he is hopeful the county will work to continue the partnership with the society. He said the society’s board is willing to bring in a mediator to settle terms.

“We want to get back to the table,” Hanson said. “We’re optimistic that we can continue to improve the guest experience and advance the mission of the zoo.”

“At this point the county must move forward in a new direction in order to minimize the impact to Dane County families during the transition and to ensure that we abide by the AZA accreditation recommendations,” Wescott said. “The county will always be grateful for the work that the society has done for the zoo throughout the years.”

The Henry Vilas Zoological Society has partnered with the zoo since 1914, just three years after the zoo opened, to provide support with funding and personnel.

The Henry Vilas Zoological Society has partnered with the zoo since 1914, just three years after the zoo opened, to provide support with funding and personnel.

Madison lights up for the holiday season

Visitors to the zoo's exhibit, which was recently named the eighth best in North America, can see polar bears, grizzly bears and harbor seals.

Henry Vilas Zoo visitors won't have to wait as long for a restroom or an ice cream cone, thanks to the opening of a new facility on Wednesday.

The inaugural Zoo Lights at Henry Vilas Zoo exceeded the expectations of organizers and is set to be even bigger this year.

The cubs were born in late February and could be on display by the end of May once they are big enough.

In what seems like an incredibly hasty decision, Dane County has cut ties with the Henry Vilas Zoological Society, which has supported Dane Co…

"Concessions will operate. The Carousel will turn," Parisi said.

The county is recommending Centerplate, which does work at the Alliant Energy Center, take over operation of the zoo's concessions and rides.

The trust fund would be co-managed by the county and Henry Vilas Zoological Society. The society's fundraising money would go to the fund after its contract with the county expires March 31.

The consultant, Mike Gill, will advise the county as it takes over fundraising duties and additional operations from The Henry Vilas Zoological Society.

A Dane County committee on Tuesday night endorsed resolutions to hire more staff and to operate concessions at the Henry Vilas Zoo. 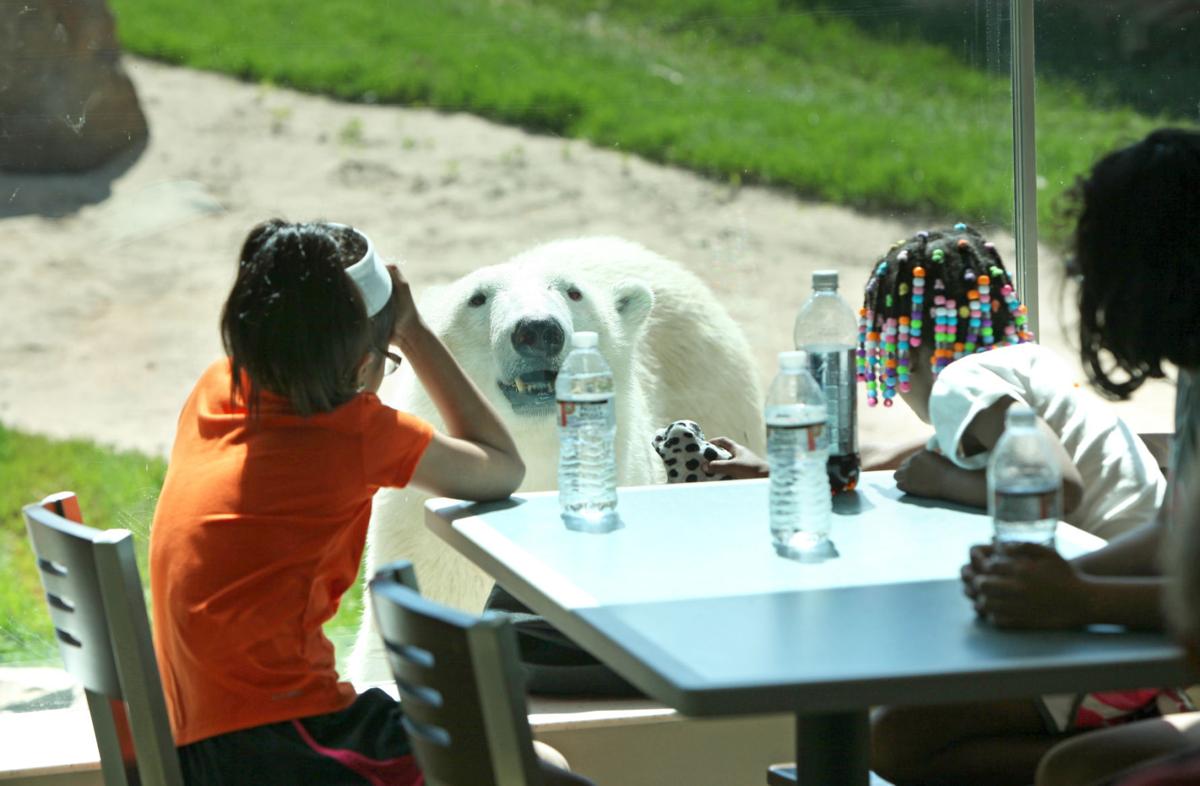 Cecilia Endres, left, and her sister, Amira, of Waunakee, get a visit from a polar bear at Glacier Grille, part of the award-winning Arctic Passage exhibit at the Vilas Zoo. Dane County says it is ending its longtime relationship with the Henry Vilas Zoological Society, which has raised millions of dollars to help fund zoo operations and projects, including Arctic Passage. 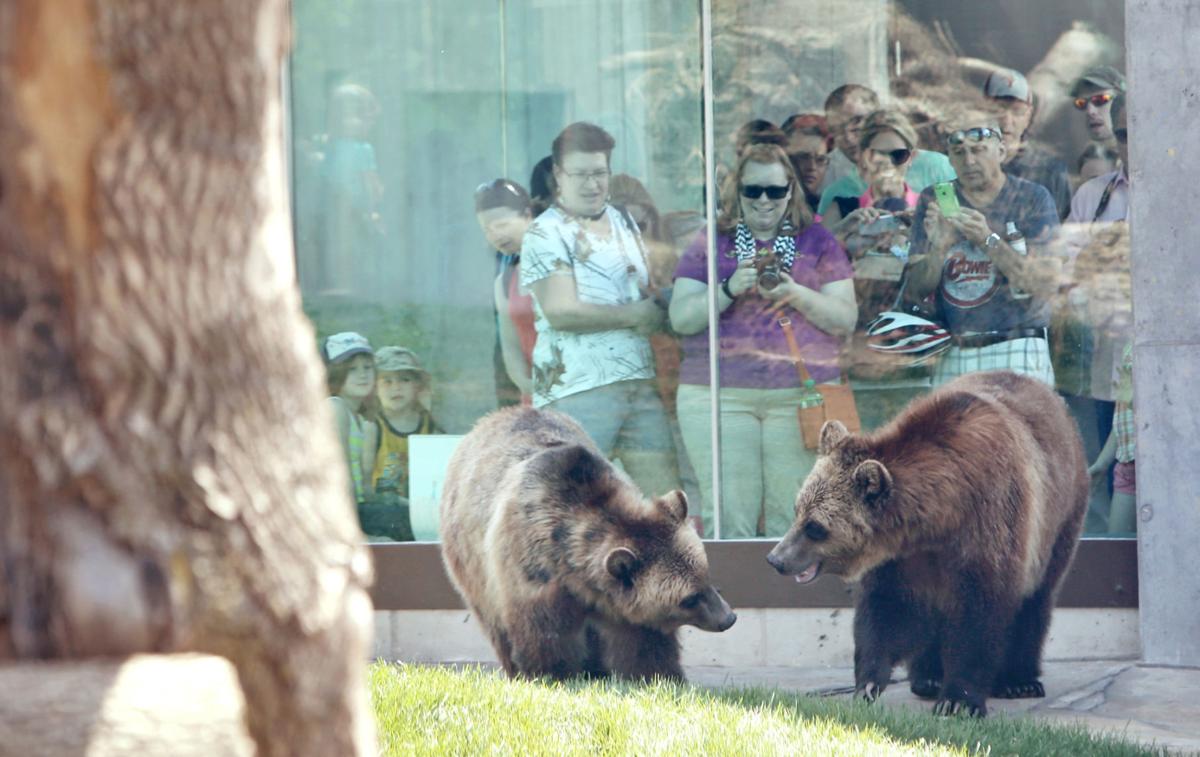 Grizzly bears make their home in the Arctic Passage at Vilas Zoo. The Henry Vilas Zoological Society, which has supported the zoo for more than a century, raised a little more than half of the award-winning exhibit's $9 million price tag. 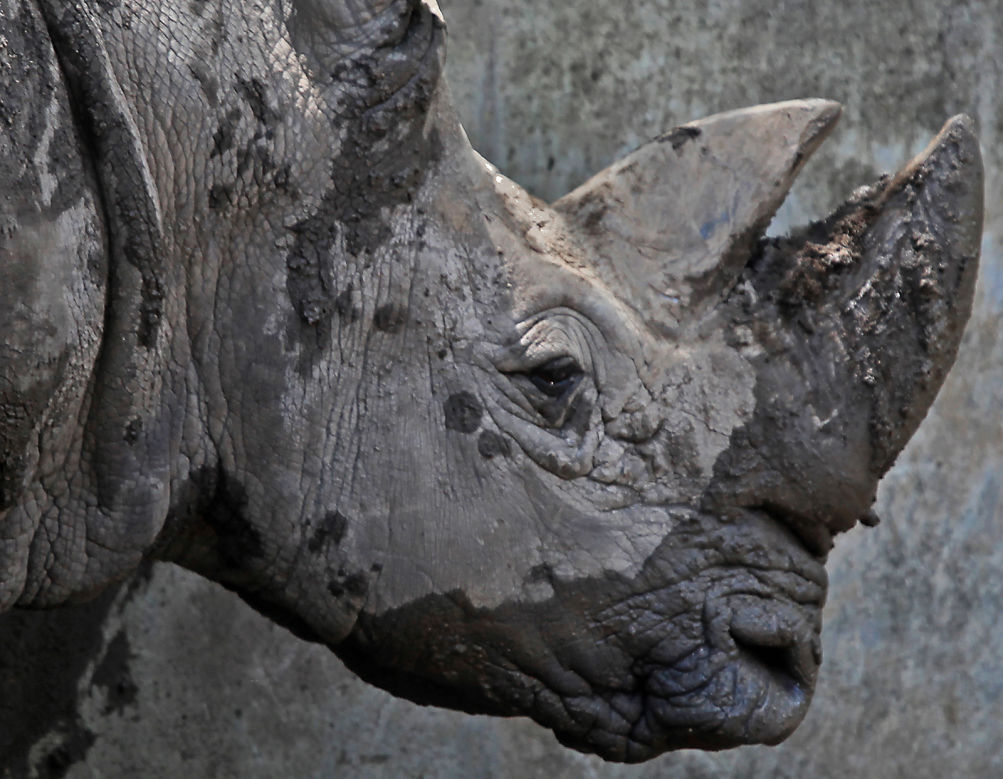 Parially-covered in mud, a white rhinoceros blends into his concrete surroundings at the Henry Vilas Zoo. 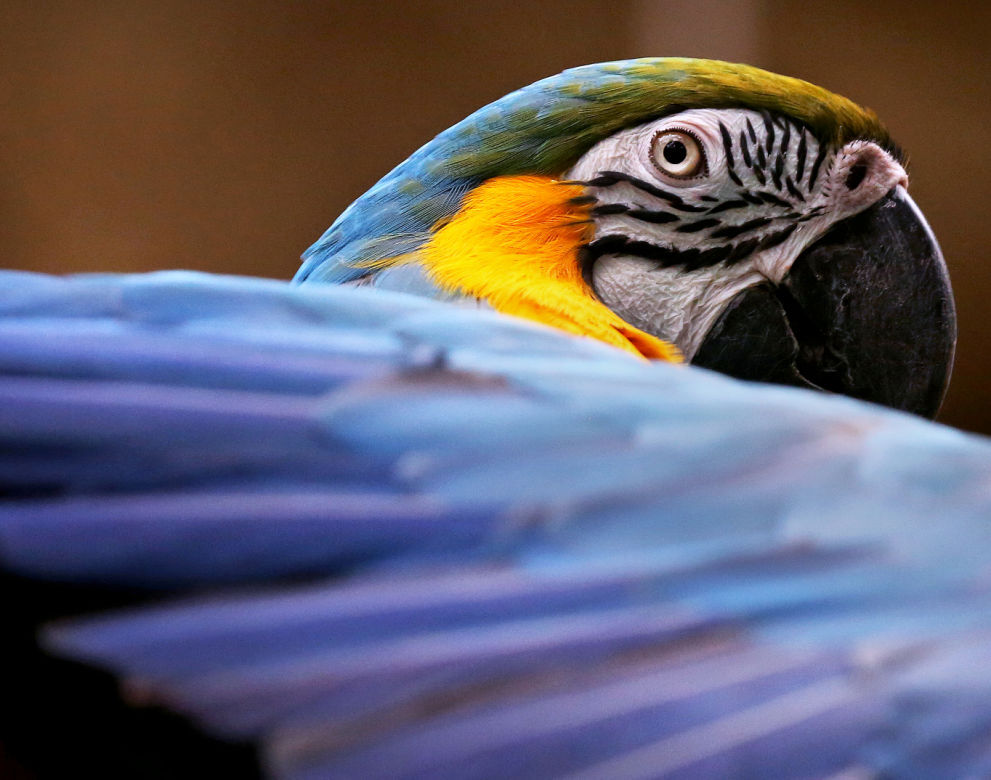 A macaw peers toward a visitor from his perch at the Henry Vilas Zoo.