Engineering consultants reviewing a Downtown Madison building — which the city ordered closed last week due to structural concerns — had observed degrading conditions in the underground parking garage for years to the point that in July they warned of “significant risk and danger to occupants,” according to public records.

On Friday, two months after the warning, the Building Inspection Division issued a no occupancy order for the 12-story commercial building at 131 W. Wilson St., which is home to Paisan’s and several law offices, after tenants reportedly felt swaying and shaking inside the building that morning.

The city said the order was issued out of “an abundance of caution” as work is underway to shore up the structure. The 50-year-old building is not in danger of “imminent collapse,” according to the city.

The email detailed Pierce Engineers’ involvement in monitoring the condition of the three-level parking garage underneath the building and outlined steps to shore up the degrading garage, which has been on the city’s radar for years.

“(Pierce) is concerned about the condition of the parking slab systems in the 131 building, and simply wishes to express the urgency of needed repairs and strategies to protect the safety and welfare of patrons to the building,” the company wrote to the city last month. “We would encourage further dialogue to better explain the serious nature of existing conditions and potential next steps for the parking levels.”

Conditions in the garage include broken and cracked concrete, exposed and deteriorated rebar, corroded steel and “expansion joints severely compromised,” according to Pierce.

A representative for Pierce, which has offices in Madison, Milwaukee and Chicago, declined to comment Tuesday, citing advice from the company’s attorney. Greg Rice, president and CEO of Executive Management and the registered agent for Rice Investors LLC, which is listed as the property owner for 131 W. Wilson St., declined to comment Wednesday.

The August email included four letters to Executive Management dating back to 2016 sent by either Pierce or a former consulting firm it acquired in 2017.

In a July 13 letter to Executive Management, Pierce recommended immediately vacating the parking garage and barricading entrances to prevent vehicles from entering based on observations from a walkthrough the day before. The consultant also recommended an immediate shoring of the garage.

“There is significant risk of partial/progressive collapse resulting in significant risk and danger to occupants,” the company wrote to Executive Management in July. “Please understand the severity of this situation and take appropriate steps to secure the safety and well-being of occupants.”

Executive Management retained Pierce to come up with a shoring plan on July 20. Pierce observed the garage had been “largely barricaded” by Aug. 18 and intended to lay out the shoring design by Aug. 27, according to the company’s email to the city. Tucker has said work on supporting the structure began earlier this month.

While shoring the garage, which involves installing thousands of temporary support posts, would return it to a safe condition, a permanent fix of the garage could cost three quarters of the cost of the entire building’s assessed value.

A 2016 structural condition study of the parking garage prepared by a former consulting firm estimated repairs to the garage and a plaza deck at $7.9 million. The city assessed the property in 2021 at $10.3 million.

Before the no occupancy order was issued, Downtown Ald. Mike Verveer said he had recently met with Executive Management about a plan from the company to redevelop the property “sooner rather than later.” 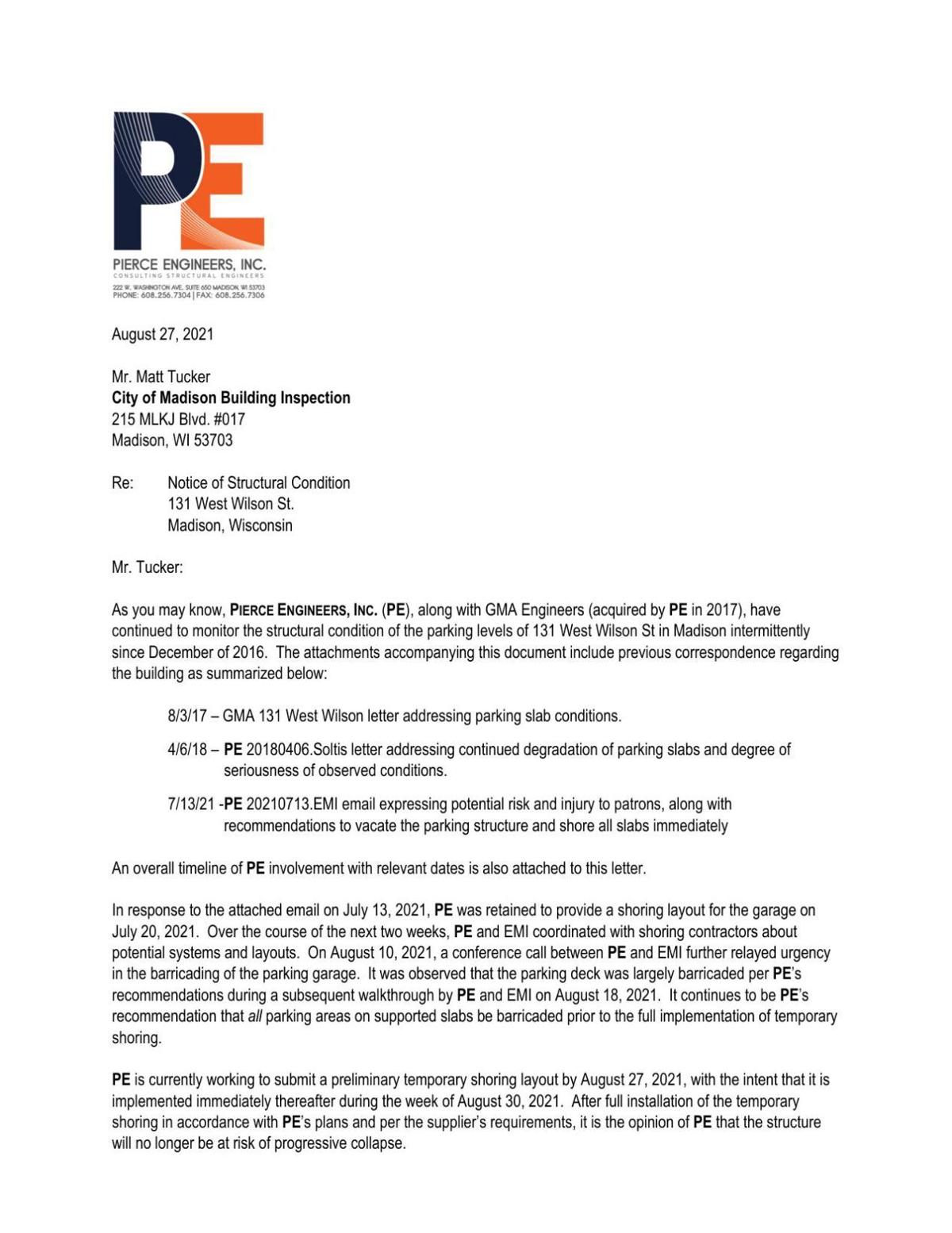 In an April 2018 letter, which was attached to Pierce’s email to the city, the company contacted Executive Management after acquiring the firm that conducted the 2016 study, offering its own recommendations for the parking garage based on the previous assessment.

The firm said repair work done on the garage around 1990 that increased overall slab thickness and a reduction of the original slab strength “greatly reduces” the capacity to support intended occupancy loads.

“Further, if allowed to continue to deteriorate, additional loss of structural integrity will accelerate and greatly increase the risk of localized failure of slab systems,” the company wrote.

At that time, Pierce said it “strongly recommends” repairs to the concrete slabs in the garage be “initiated immediately.” A timeline attached to the letters sent to the city indicates the 2018 letter was the last time Pierce was in contact with Executive Management until the July 12 site visit this year.

About two months before the April 2018 letter was sent, Building Inspection opened a case on the garage based on complaints about insulation falling apart, wires hanging from the ceiling, standing water, peeling paint and exposed rebar.

It was inspected in February 2018. A reinspection occurred in September 2019 and again in February 2020, after which Building Inspection referred the case to the City Attorney’s Office for prosecution in Municipal Court. According to a timeline of the case, though, the referral was not processed.

City Attorney Michael Haas, who started in his position in May 2020, said he doesn’t know why the request for prosecution wasn’t processed last year, adding the office’s prosecution team has been short-staffed and COVID-19 created delays as the court transitioned to an online setting.

After a July 1 inspection this year, Building Inspection again asked for prosecution. In mid-July — around the time Pierce was assessing the garage — the City Attorney’s Office filed a complaint in Municipal Court, alleging three counts of violating city ordinances.

The property owner entered a not guilty plea in August, Haas said, and a pretrial meeting scheduled for Wednesday was postponed.

The city regularly receives complaints about the condition of buildings about problems like broken windows, missing locks and other ordinance violations, Tucker said.

Haas said his office can receive up to three or four prosecution referrals a week from Building Inspection. The Municipal Court can only assess forfeitures for building violations, Haas said, but the city’s main goal is compliance.

It’s also common for the city to issue no occupancy orders, in such cases as buildings damaged in a fire or homes with no heat, Tucker said. But he said that during his 16 years working for the city’s Department of Planning, Community and Economic Development he doesn’t recall a closure as large as 131 W. Wilson St.

“I’m not aware of another time during my tenure here that we have closed down a building of this magnitude,” he said.

Highs will crack 80 Thursday and Friday and reach the mid-80s Sunday and Monday for southern Wisconsin, according to forecasters.

A resolution adopted Tuesday calls for the same percentage raises be given to nonunion workers as those received by union-represented firefighters and police through 2024.

The vacant store at 2002 Zeier Road is "highly unlikely" to be recommended as a permanent shelter as staff continue to vet several other properties, said community development director Jim O'Keefe.

"It just generally shows a lack of regard and incompetence toward the unique student issues that we face here," Ald. Juliana Bennett said of the two maps.

Aberration or pattern? Several factors at play in 6 deaths on East Washington Avenue

Five of the six deaths occurred at night, and alcohol, speed and inattentiveness on the part of drivers and pedestrians likely factored into the deaths as Dane County experiences a high year for traffic fatalities.

The underground garage at 131 W. Wilson St., which is the area of concern, will remain closed until a permanent fix is completed, the city said Wednesday.

Wally Borowski and his partner, Ed Shinnick, had 50 employees when they had to close, and Borowski said he's unsure how many of them will return. 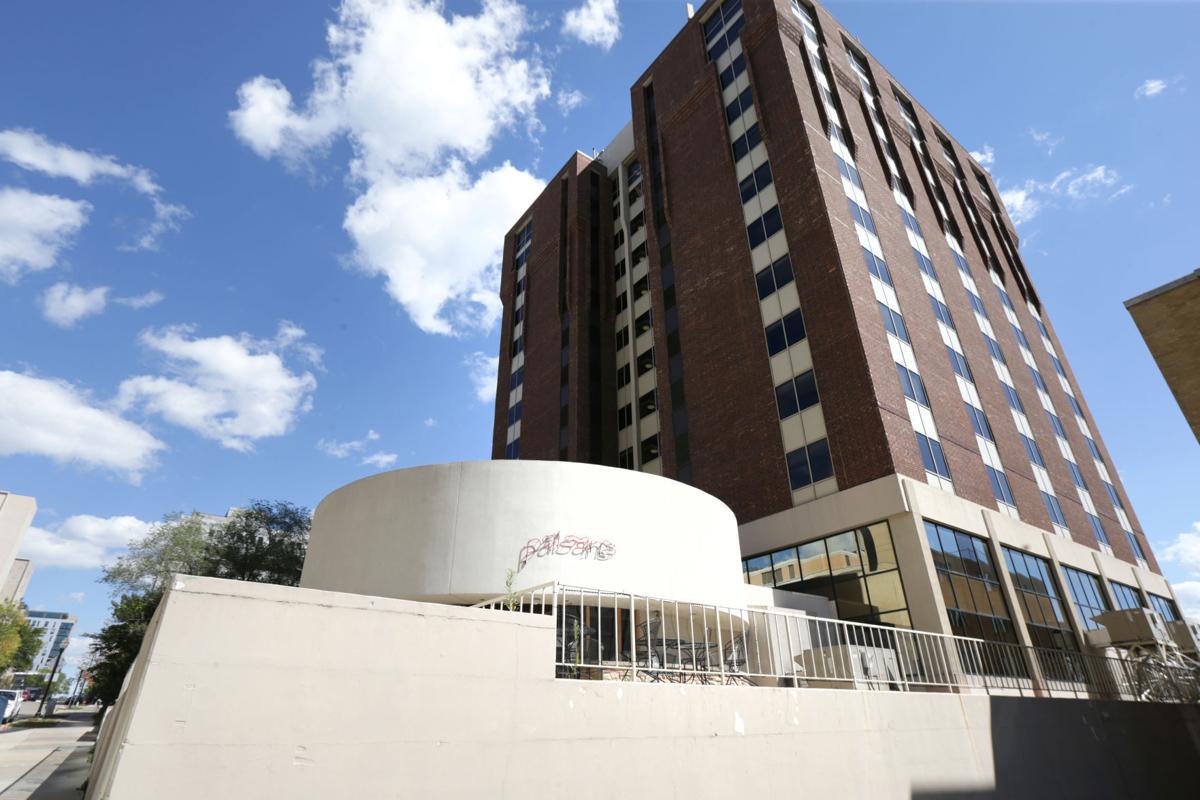 An engineering consultant for the management company of a Downtown building at 131 W. Wilson St., which was ordered closed by the city last week, warned in July the condition of the underground garage posed "significant risk and danger to occupants." 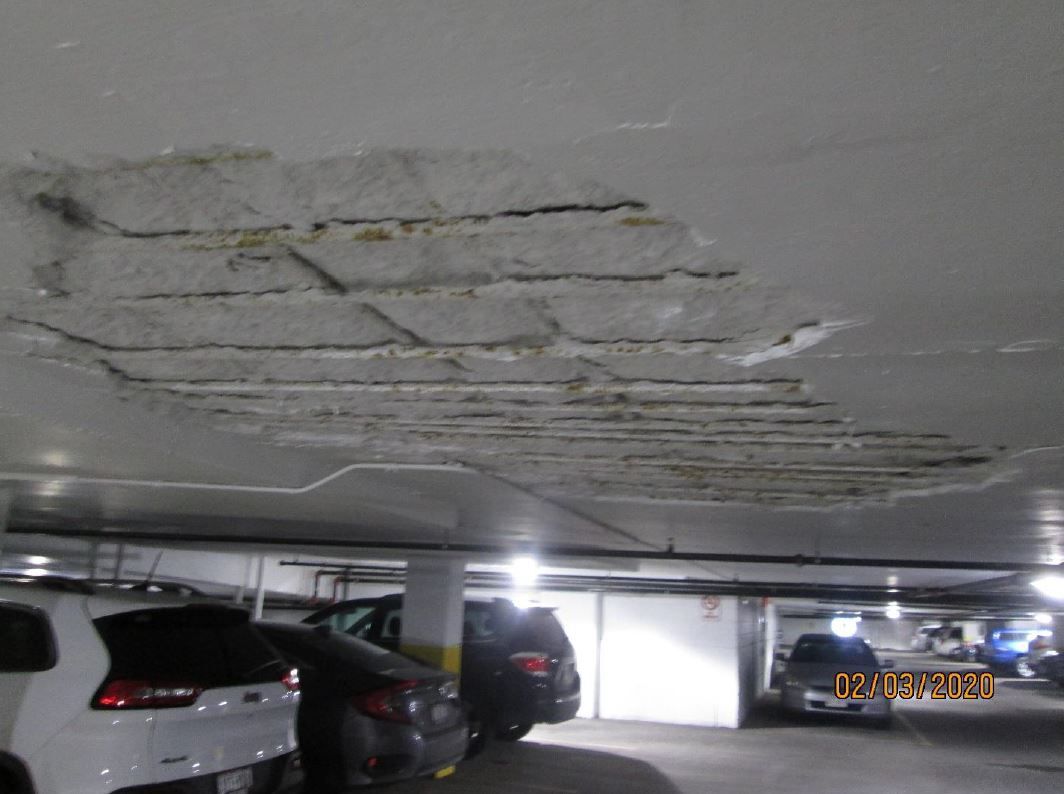 Degraded conditions in the garage at 131 W. Wilson St. include fallen concrete and exposed rebar, such as seen in this photo from February 2020 taken by the city's Building Inspection Division. 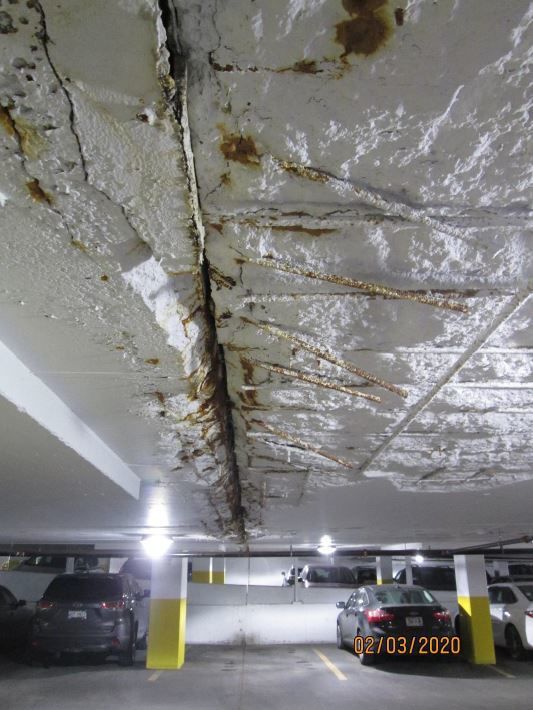 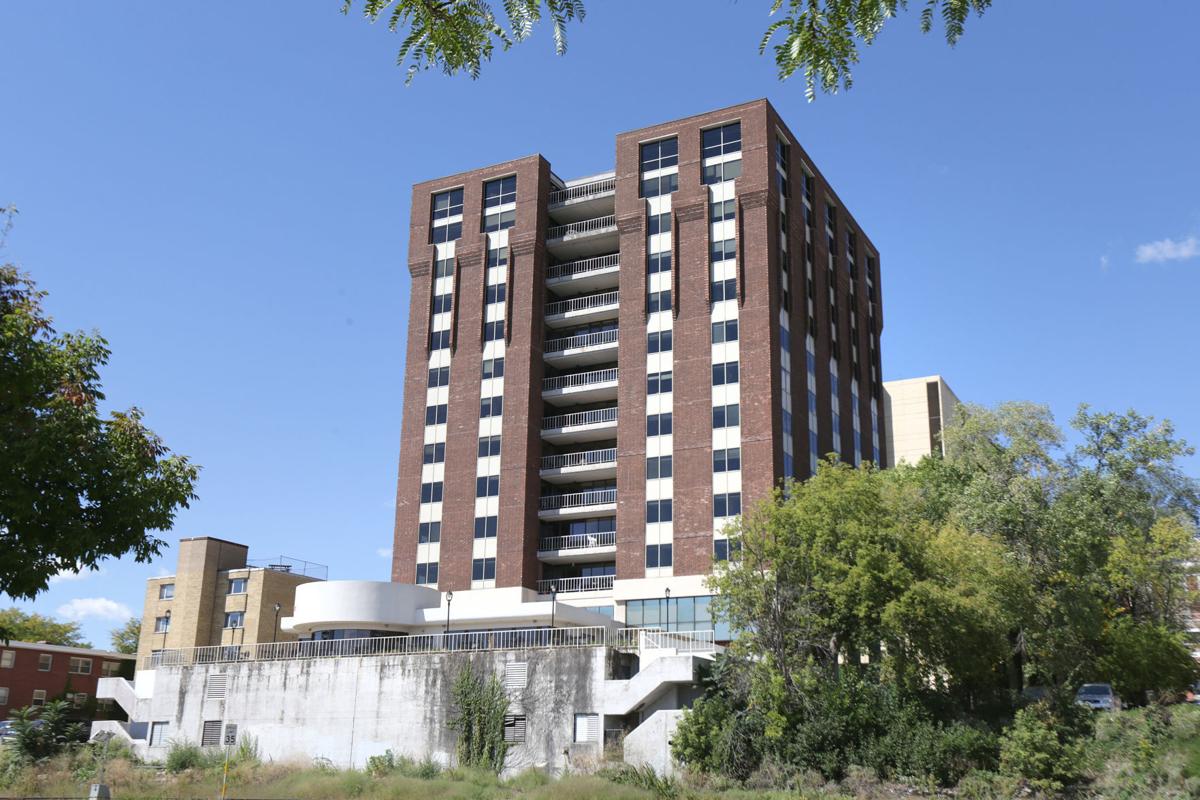 The building at 131 W. Wilson St., which houses Paisan's and several law offices, was built in 1971, and the condition of its parking garage has been on the city's radar for years.