Members of the conservative-backed majority on the Wisconsin Supreme Court Wednesday pummeled attorneys challenging laws passed during a lame-duck session in December that strip power from the governor and attorney general.

Liberal-backed members of the state’s highest court signaled agreement with those challenging the laws passed by the Republican-controlled Legislature in a case that could have significant implications for the balance of power in state government.

Rulings from lower courts in the case brought by the League of Women Voters, Disability Rights Wisconsin, Black Leaders Organizing for Communities and other liberal groups, have thrown state government into disarray in recent months. The state Supreme Court is likely to decide the case by the end of June.

Full report: Read the latest coverage of the GOP lame-duck laws and efforts to block them

The case focuses on the legitimacy of the extraordinary session Republicans convened to pass their controversial legislation after Republican Gov. Scott Walker lost his re-election bid in November but before his successor, Democratic Gov. Tony Evers, was sworn in.

Lawyers wanting the lame-duck laws thrown out argue extraordinary sessions, in which lawmakers call themselves into action outside of a regular session, are invalid and not sanctioned by law or the state Constitution.

Such actions include establishing the constitutional terms of district attorneys and sheriffs and, as a result, criminal convictions they have won. They also include public funding for Milwaukee’s Fiserv Forum — the Milwaukee Bucks’ home arena and the site hosting the Democratic National Convention in 2020 — which was approved in an extraordinary session.

A divided state Supreme Court in April granted the challengers’ request to take up the case and circumvent a state appellate court, signaling the high court’s interest in quickly adjudicating the case. Dane County Circuit Judge Richard Niess in March had agreed with the challengers and blocked enforcement of the laws, allowing Evers to rescind 15 Walker board appointments the Senate had confirmed during the lame-duck session. A state Appeals Court eventually stayed Niess’ decision, and the Supreme Court later restored the 15 Walker appointments.

While the effect of Niess’ ruling was stayed, another Dane County judge in a separate case brought by unions against the lame-duck laws suspended several of their provisions, and that decision remains in effect.

In oral arguments Wednesday, three of the four conservative-backed justices — Chief Justice Patience Roggensack, Rebecca Bradley and Dan Kelly — grilled Jeff Mandell, the attorney for those challenging the lame-duck laws, prodding him to answer how the Legislature does not have the authority to meet when it wants, one of the central questions of the case.

“Don’t you find it extraordinary that nobody has raised this issue before this court in over four decades?” Bradley asked before Mandell began his opening argument.

Roggensack questioned Mandell about the constitutionality of the Legislature’s ability to meet as it wants, suggesting the state Constitution affords the Legislature the authority to make its own rules for when it meets.

After Mandell told the chief justice he didn’t understand her question, Roggensack replied, “I don’t understand you either, so we’re on the same page.”

Kelly criticized the challengers’ central argument that the Constitution bars the Legislature from meeting at a time not “provided by law.”

“There are no laws that provide for floor periods, either,” Kelly said. “Has the Legislature not been acting constitutionally in anything it’s done?”

Two of the liberal-backed justices on the court, Ann Walsh Bradley and Rebecca Dallet, welcomed the plaintiffs’ argument the Legislature did not convene legally because no law existed giving them such authority. Dallet contended the only law that governs when the Legislature may meet refers to regular sessions, not extraordinary sessions.

“Where is the law that tells us you can call this extraordinary session?” Dallet said. “And if you wanted such a law, why can’t the Legislature pass one?”

The fourth conservative-backed justice, Annette Ziegler, and the third liberal-backed justice on the court who is retiring at the end of the term, Justice Shirley Abrahamson, did not ask questions.

After oral arguments ended, Abrahamson, the state’s first woman Supreme Court justice, was honored by her colleagues with a standing ovation for her record 43 years serving on the court.

The state's highest court in a split decision opted to take up the appeal of the case voluntarily, without a motion from any of the parties involved, a relatively rare move.

The court granted the plaintiffs' request to circumvent the state Court of Appeals and set up a swift timeline scheduling oral arguments in one month.

One of former Gov. Scott Walker's appointees tried to return to her job Thursday after a state appellate court stayed a court ruling invalidating her appointment and dozens — only to be turned away at the door.

Democratic Gov. Tony Evers and GOP lawmakers sparred Wednesday about who is at fault for the chaos and clashed over the status of 82 state government appointments made by former Gov. Scott Walker.

A state court pilot program for business law is coming to Dane County, and some say it usurps authority from local courts. 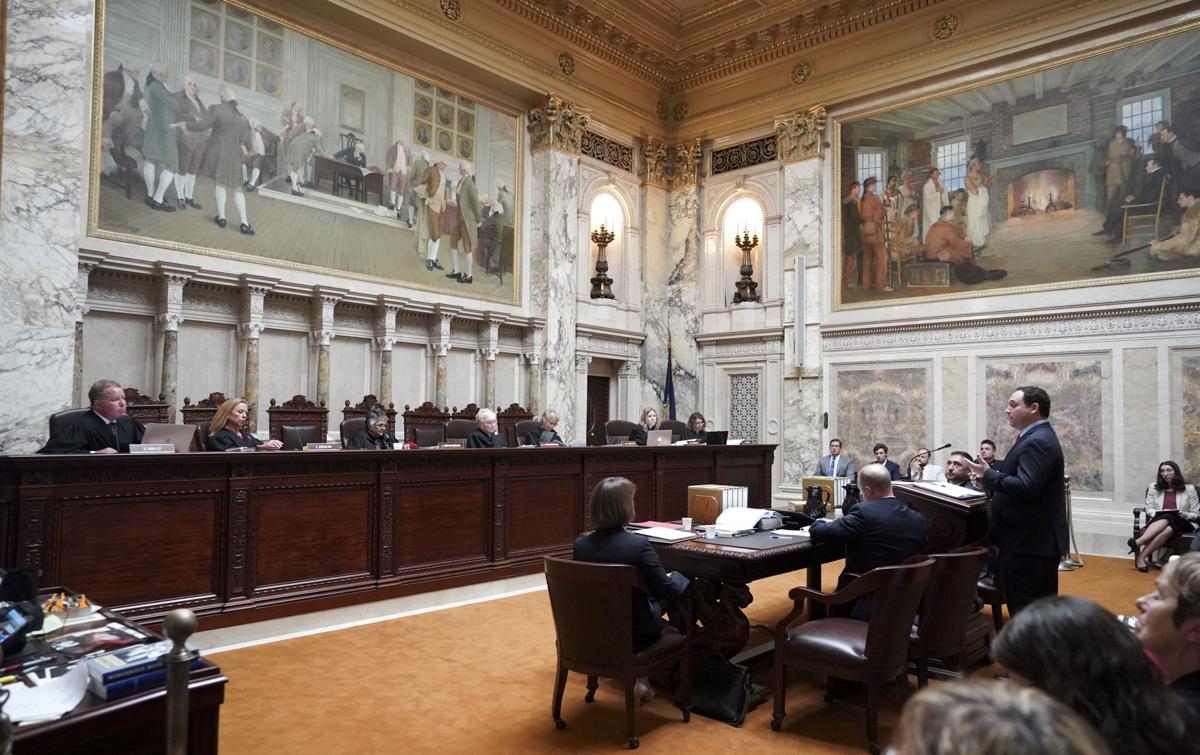 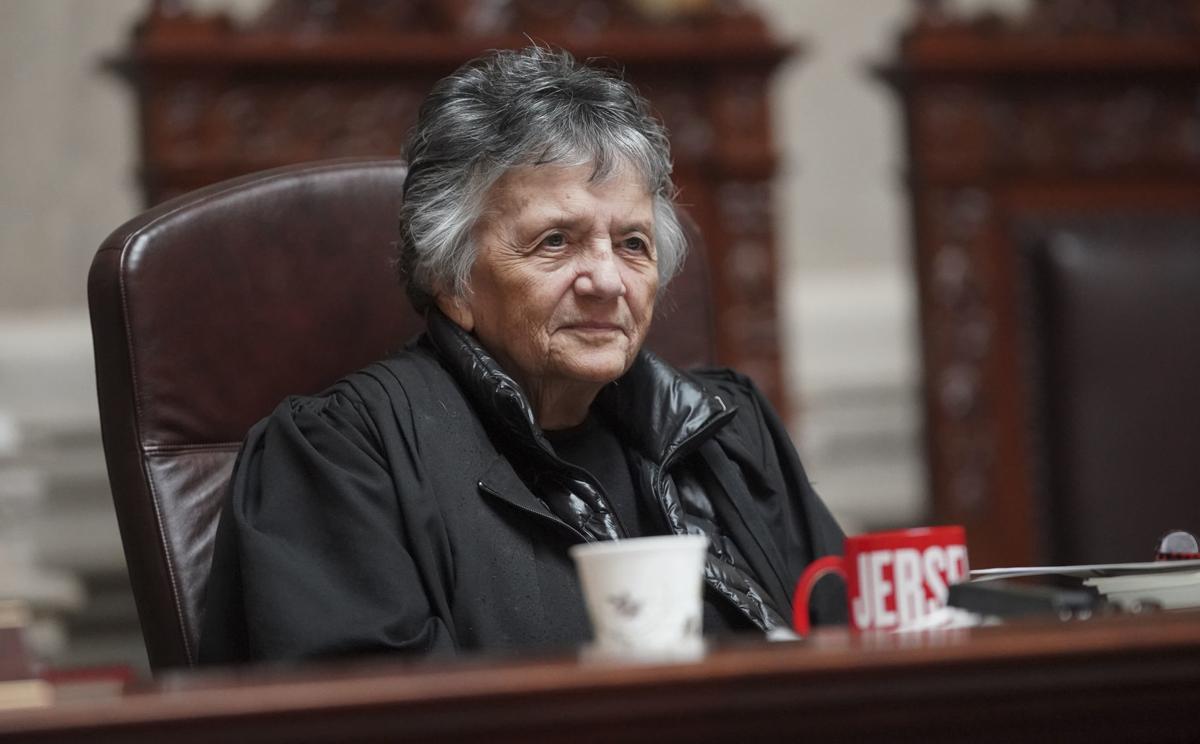 Retiring Wisconsin Supreme Court Justice Shirley Abrahamson is recognized by other justices after the conclusion of her last oral arguments. In honoring her colleague, Justice Ann Walsh Bradley noted Abrahamson was listed among 100 "Great American Judges" in a 2003 book of the same name alongside historical figures such as John Marshall and Oliver Wendell Holmes. 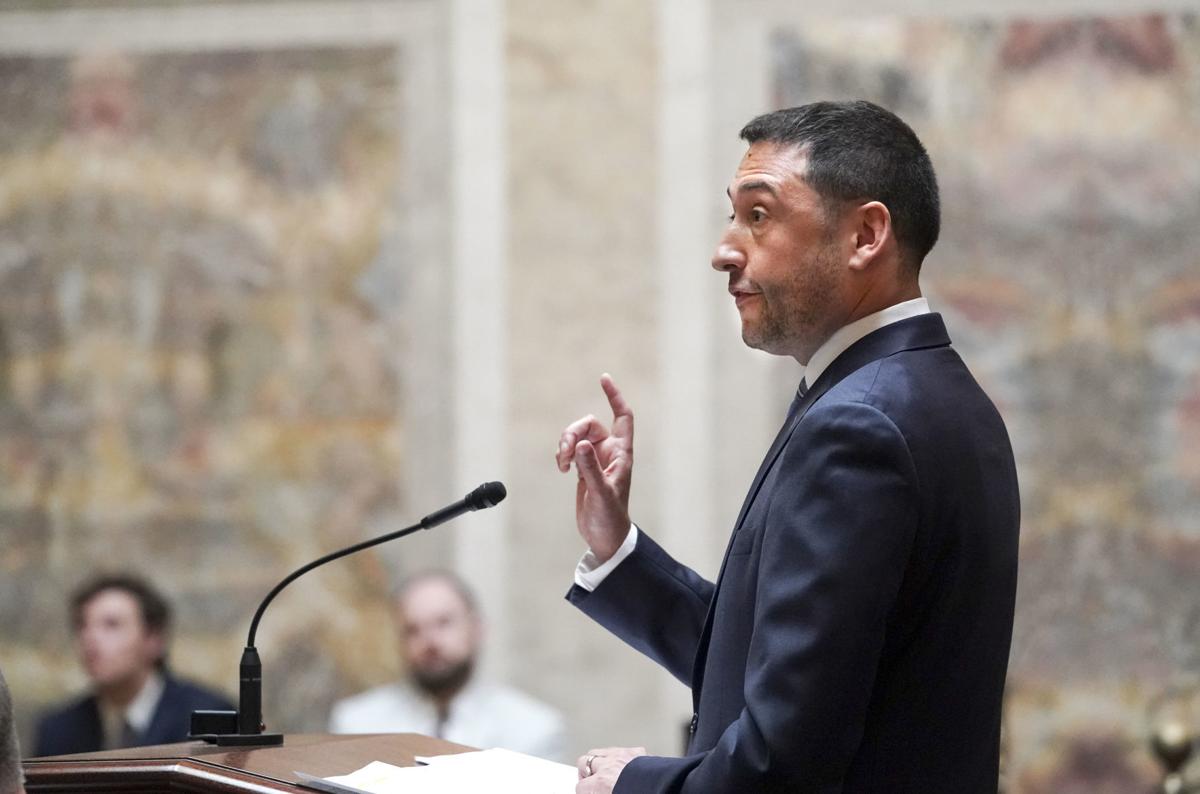 Misha Tseytlin, a lawyer representing the Republican-controlled Legislature, makes his case during oral arguments Wednesday before the Wisconsin Supreme Court.