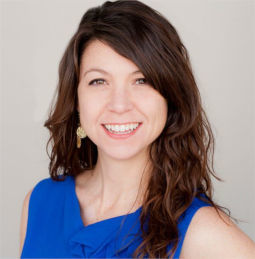 Two more secretary picks by Gov. Tony Evers have received nods of approval — yet questions linger regarding if and when the Republican-controlled Senate will formally confirm the Democratic governor’s growing cabinet.

Frostman, a former Democratic senator from Sturgeon Bay, is the former executive director of the Door County Economic Development Corp. He was elected to the Senate in a 2018 special election, but lost that November to Republican Rep. Andre Jacque.

Meaney was the chief marketing and development officer for Milwaukee Film. She also worked as advertising agency BVK’s managing director.

Until they are approved by the Senate, Evers’ cabinet can be removed by GOP leadership. Albeit an unlikely scenario, some Democratic lawmakers have said a lack of approval from the full Senate creates uncertainty for new cabinet members.

Sen. Patty Schachtner, D-Somerset, said she is “optimistic” that Evers’ appointments will be approved.

“I think Gov. Evers put together a really good team,” Schachtner said. “I hope that we can get this taken care of so we can get on to some other work.”

Under state rule, cabinet secretaries are appointed by the governor, but the Senate provides final approval.

Wisconsin’s constitution doesn’t define when a Senate vote must occur, so the chamber can vote at any time to approve or turn down any secretary or other member who requires Senate approval. An appointed cabinet member could technically serve all four years of a governor’s term without Senate approval.

Alec Zimmerman, spokesman for Sen. Majority Leader Scott Fitzgerald, said the senator expects to discuss all nominees with his caucus before the fall session to determine the level of support for each cabinet member.

Last week, Evers appointed Organic Valley executive Melissa Hughes as secretary of the Wisconsin Economic Development Corp. A law passed by former Gov. Scott Walker and Republicans in December prevented Evers from making a WEDC appointment until the beginning of this month.

Only 5 of Tony Evers' cabinet appointments on Senate schedule

Several key appointments by Gov. Tony Evers' are not poised for debate in the Republican-led Senate's upcoming session.