A proposal to place a statue of the late Vel Phillips, Wisconsin’s first woman and first African American elected to statewide office, on the Capitol grounds has been approved.

The state Capitol and Executive Residence Board (SCERB), which is in charge of decorations at the Capitol, voted unanimously Monday to erect a statue of Phillips at the South Hamilton Street entrance to the Capitol, up the street from the Dane County Courthouse. Officials said when completed, it will be the first statue in the nation on a state Capitol’s grounds honoring an African American woman.

“This has been a historic day for all of us … she’d be proud and she would be warmed by your words,” Phillips’ son Mike Phillips said during a press conference following Monday’s vote. “My mom certainly has done a lot of firsts and we know that, but this is a moment to look forward to some of the firsts we can anticipate. This monument should be for those folks going forward.”

Phillips was the first Black woman to graduate from the UW-Madison School of Law in 1951. She was the first African American, as well as the first woman, to serve on the Milwaukee City Council and to become a Wisconsin judge. Phillips was also a leader in the civil rights movement and, in 1978, she was elected the state’s first female and first non-white secretary of state.

Michael Johnson, CEO of the Boys and Girls Clubs of Dane County, began the push for a statue of Phillips last year in the wake of Black Lives Matter protests over police brutality.

“Last year this was just an idea,” Johnson said Monday. “But the people behind me and the people in this crowd decided it would be more than an idea and because of them today … Vel Philips will become the first black woman in America to have a statue at a state capitol.”

A cardboard cutout of Phillips stood near the future statue’s home during Monday’s press conference. Officials said they hope to have the statue installed by the end of 2022 or early 2023.

“Once installed, the Vel Phillips statue will have a place of honor at our state Capitol, which is arguably the most beautiful state Capitol in the country,” the committee’s legislative chairperson Rep. Amy Loudenbeck, R-Clinton, said in a statement.

“SCERB was created for moments such as this, and I am proud of our careful work and consideration leading up to this historic vote,” Loudenbeck added.

When completed, the statue of Phillips will join the “Forward” and Col. Hans Christian Heg statues, which were reinstalled in September after being torn down by protesters in June 2020. Heg was an abolitionist who died in a Civil War battle, and the “Forward” statue has come to represent women’s rights. The fourth corner of the Capitol grounds features a memorial to fallen law enforcement officers.

State officials said it cost a little more than $82,000 to restore both statues. The statue of Phillips is being donated by the Vel Phillips Statue Task Force.

The poll, which sampled Wisconsin registered voters, comes one year before Wisconsin voters cast ballots in the 2022 midterm election, which is expected to have contested races for both governor and U.S. Senate.

The potential for a protest appears to stem from an incident last week when a teacher is alleged to have taped a facemask to a student.

The refurbished statue of Col. Hans Christian Heg, torn down by protesters at the state Capitol on June 23, 2020, honored a Norwegian immigrant from Wisconsin who died fighting for the Union Army in the Civil War. 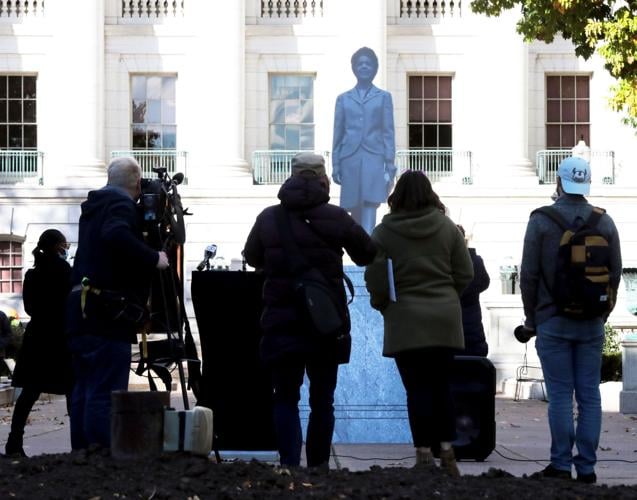 A cardboard cutout of civil rights pioneer Vel Phillips stands in for a future statue on the grounds of the Wisconsin State Capitol on Tuesday, the same day a state board approved the honor. 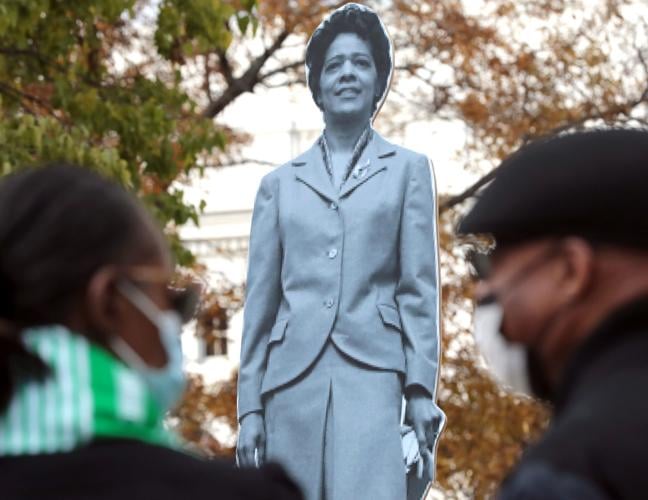 The Wisconsin State Capitol and Executive Residence Board unanimously approved the placement of a permanent statue to honor Vel Phillips, the first woman and African American elected to statewide office in state history. 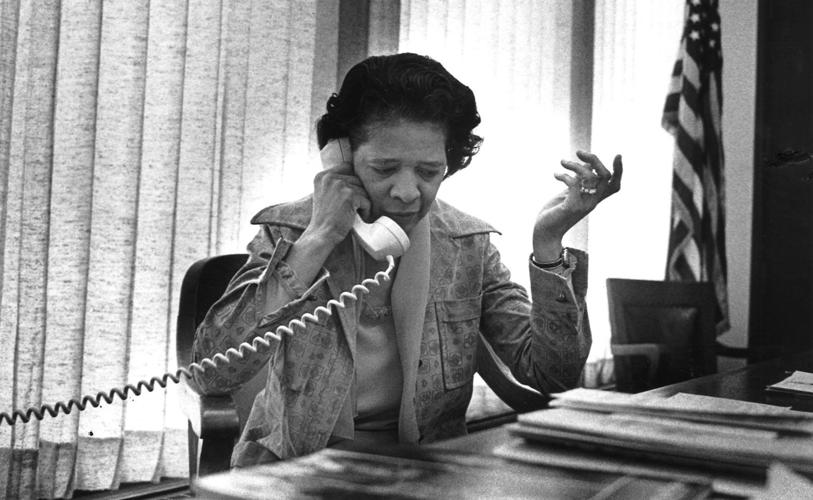 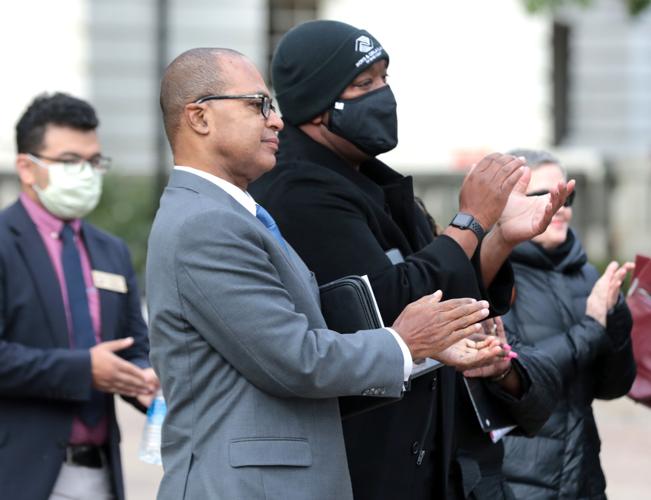