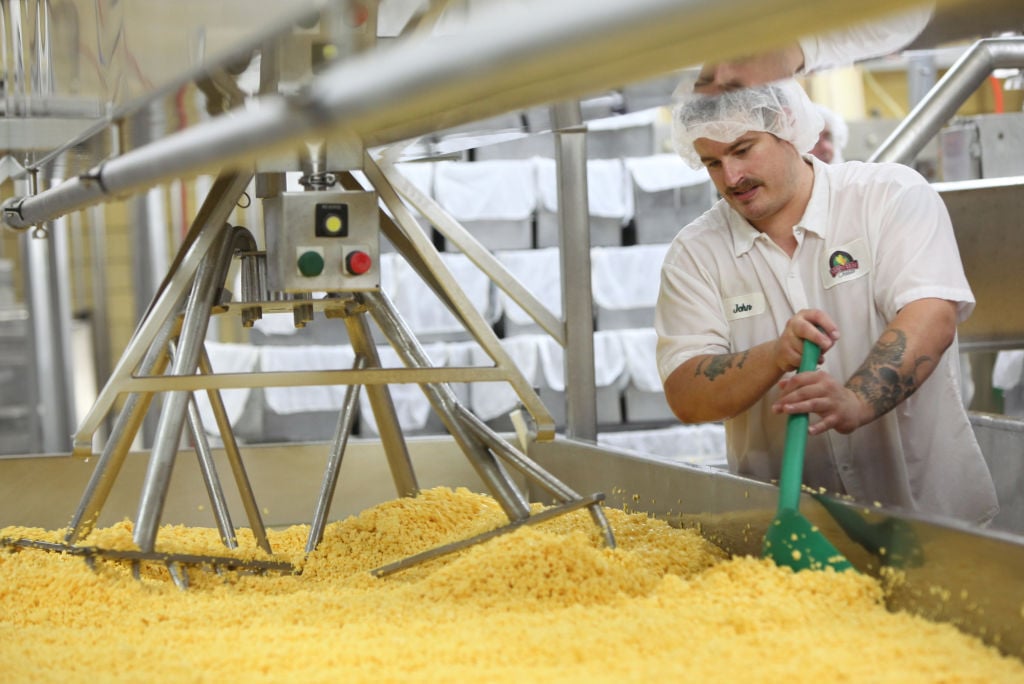 A bill in the Wisconsin Legislature would recognize Colby as the official state cheese. 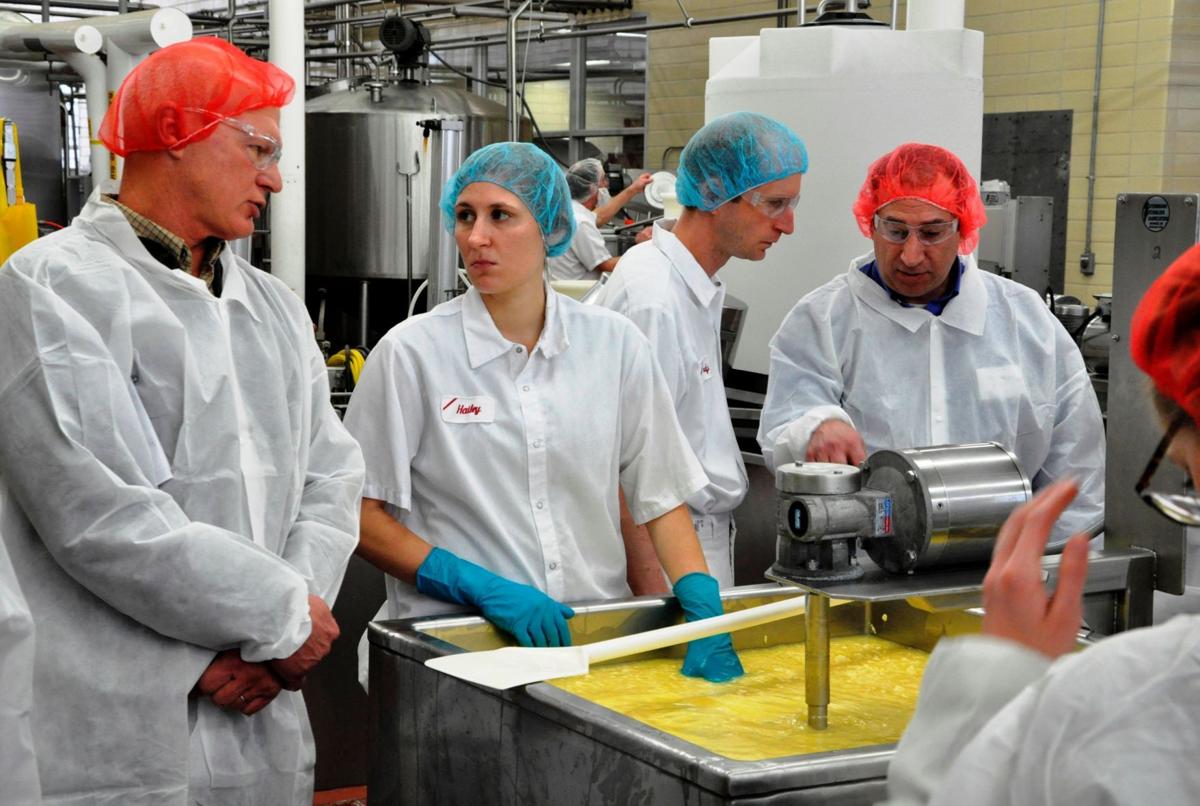 Andy Johnson, left, cheese coordiantor for the Center for Dairy Research, makes Colby cheese with Hailey Orsted, a student intern at the center. A bill would make Colby the official state cheese.

But believe it or not, in a state that produces more cheese than any other, at 3.4 billion pounds each year, there is no official state cheese.

A bipartisan bill heard by a state Assembly committee on Wednesday would change that.

The measure makes Colby, which was created in Wisconsin more than 100 years ago, the official cheese. Colby may be as “gouda” choice as any, but the choice threatens to turn fans of cheddar, Swiss, provolone and other varieties red, or perhaps blue, in the face with rage.

Colby also holds a special place in Wisconsin cheese history. It was created in the central Wisconsin city of, you guessed it, Colby in 1885. Joseph Steinwand created the cheese and named it after the township where his father built northern Clark County’s first cheese factory, according to a state historical marker in the city located about 40 miles west of Wausau.

Colby isn’t the most-produced cheese in Wisconsin. Mozzarella is tops, followed by cheddar and some Italian varieties, according to the U.S. Department of Agriculture. Still, more than 45 million pounds of Colby is produced at Wisconsin’s 150 cheese plants each year.

For the unfamiliar, Colby is generally thought of as a milder form of cheddar but has more texture and tastes sweeter.

The bill has been introduced several times, including in 2019, but never passed due to concerns that naming just one official cheese would hurt the sales, or reputation, of others.

“I just have an issue making one cheese the state cheese,” said Rep. Rick Gundrum, R-Slinger. “There is a wide variety of stores and shops in my district that have a wide variety of cheese that they sell. Cheese is very popular in the state of Wisconsin, as is sausage. I can’t get behind it.”

Backers, who tried and failed to pass the bill last session, said recognizing Colby is not about saying it’s the best or most popular in Wisconsin, but recognizing its unique state history.

The bill would have to clear the state Senate and Assembly, and be signed by Gov. Tony Evers, before becoming law.

Southern Wisconsin won’t see highs back in the 80s until Tuesday, according to forecasters.

A bill in the Wisconsin Legislature would recognize Colby as the official state cheese.

Andy Johnson, left, cheese coordiantor for the Center for Dairy Research, makes Colby cheese with Hailey Orsted, a student intern at the center. A bill would make Colby the official state cheese.