Madison wants a developer to scatter subsidized apartments throughout a Downtown housing tower — including top floors with sweeping views — rather than segregate them on three floors in part of the massive Judge Doyle Square project. But doing so will likely mean fewer low-cost units at a higher cost to taxpayers, the developer said.

Under one new option from Gebhardt Development, distributing the originally proposed 78 units throughout the building while restricting them to those making no more than 60% of Dane County median income, or $54,240 for a family of three, could cost the city up to $2.4 million more than planned. Other options would reduce the number of low-cost units but still increase the public cost up to $720,000.

“While the City has a preference for achieving the largest number of affordable units, (neither) the city negotiating team nor I have a preference for any of the options that have been proposed until that analysis has been completed,” she said.

Downtown Ald. Mike Verveer, 4th District, who represents the site, said he wants to do “everything possible, within reason, to allow for maximum possible affordability in the project. We have quite a hefty decision to make on how to proceed.”

The city’s Finance Committee is due to take up this latest twist in the ongoing Judge Doyle Square saga on Aug. 12.

The city is moving to redevelop parts of two blocks that now hold the Madison Municipal Building and Government East parking garage south of Capitol Square, but has faced multiple complications and setbacks on private pieces of the project, which now has separate developers for each block.

Currently, the city is negotiating a deal with Gebhardt to build a roughly $50 million, nine-story tower with 197 apartments and 22,000 square feet of commercial space atop a $61 million public structure that includes five levels of underground parking and two levels of additional parking, retail space and a bike center now rising on the Municipal Building block.

Meanwhile, Beitler Real Estate Services of Chicago has sought delays on final city approvals to build a roughly 252-room hotel to serve Monona Terrace, one of two glass-sheathed buildings it eventually hopes to construct on the Government East block.

Gebhardt, selected by the city over two other suitors to build on the Municipal Building block after the city parted with Beitler on that portion of the project, had proposed 78 of 197 apartments be restricted to those making no more than 60% of the county median income.

Originally, nonprofit Wisconsin Housing Preservation Corp. was to own the 78 units on three floors of the tower as a single condominium. The units would have comparable design and be of similar quality as the other 119 market-rate units and share a common entrance. All residents would have access to the building’s amenities.

Gebhardt had planned to seek a $1.75 million loan from the city’s Affordable Housing Fund and federal low-income housing tax credits through the Wisconsin Housing and Economic Development Authority to finance the units.

After parting with Beitler, the city’s request for developer proposals for the Municipal Building block placed a premium on affordable housing but did not address whether those units could be concentrated in part of the building or dispersed throughout. When the council chose Gebhardt, however, it raised the issue of dispersing the units as a priority, and Gebhardt promised to explore options.

Ultimately, however, Gebhardt decided on the condominium approach because dispersing the subsidized units made financing the project too complex, Gebhardt development manager Lee Christensen said.

On July 8, in reviewing the Gebhardt proposal, the city’s Finance Committee again raised concerns about segregating the low-cost units from market-rate units and asked Gebhardt to seek ways to disperse the units in the building.

“This is very troubling to me,” Ald. Donna Moreland, 7th District, said at the meeting. “How will people be made to feel being on separate floors that are segregated.”

Now, Gebhardt has revised its proposals, but the changes come at a cost.

Under the new plan, Gebhardt would still seek $1.75 million from the city’s Affordable Housing Fund, but no longer pursue the federal tax credits because dispersing the low-cost units throughout the building would have little chance of securing credits, Christensen said.

The three options for dispersing the subsidized units throughout the building now would:

Those residents would spend no more than 30% of their income on rent.

The subsidized units would be dispersed throughout the building on every floor and still have the same level of finishes, and Gebhardt would own the entire development. The rent restrictions would last 30 years rather than permanently under the condo option owned by the nonprofit.

If the city chooses to disperse the units, it could cover the extra public cost through a reduction of the purchase price, tax incremental financing or some other means, Christensen said.

The city Finance Committee went into closed session Monday to discuss strategies to achieve low-cost apartments in Gebhardt Development's proposed piece of Judge Doyle Square, as well as modifications to the base of the structure to accommodate construction above it.

Mark Richardson connects "talent" — the prospective employees he coaches — with "opportunity" — potential employers — by relying on connections he's made in the Madison area.

Another setback for Judge Doyle Square, as city calls for new developer for portion of project

The committee recommended the city go with Stone House Development, which the city's negotiating team had initially chosen for part of the project, instead of Gebhardt Development. 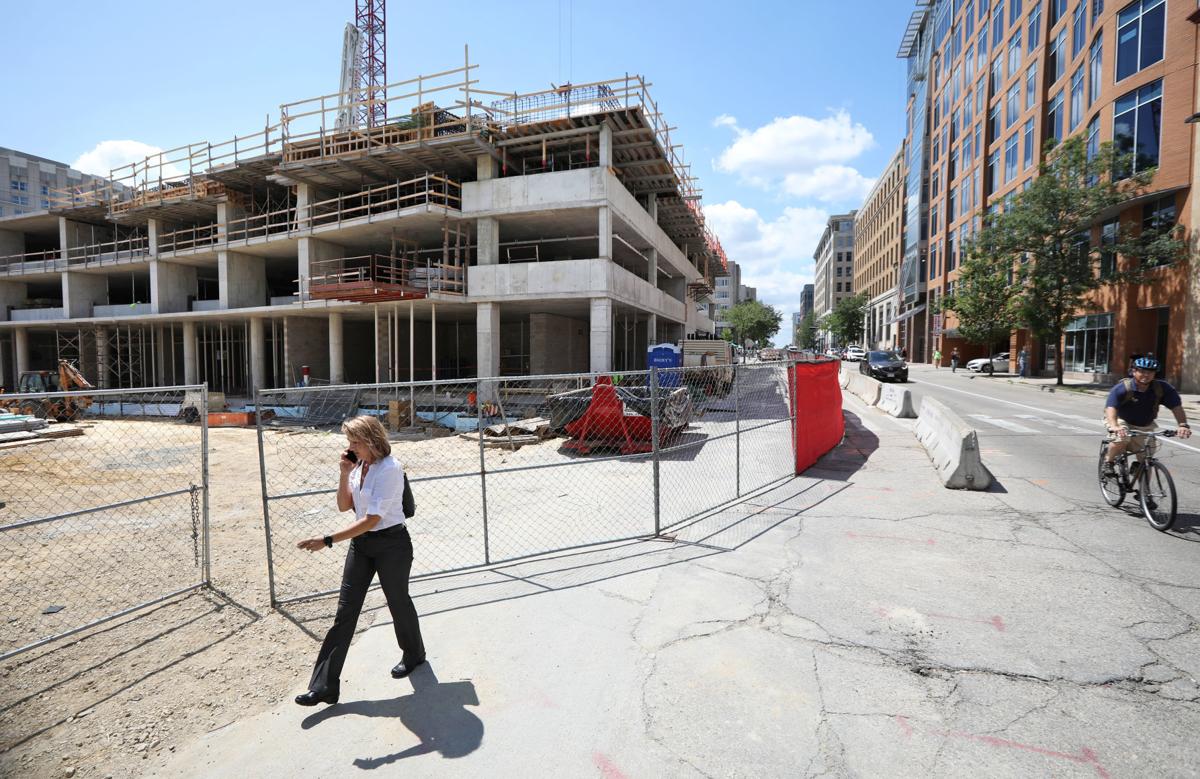 Construction continues along West Doty Street on the massive Judge Doyle Square project. The city is now facing tough choices about how many subsidized apartments should be included -- and where they should go -- in the apartment building to be built above a public parking garage and retail space on the block that holds the Municipal Building. 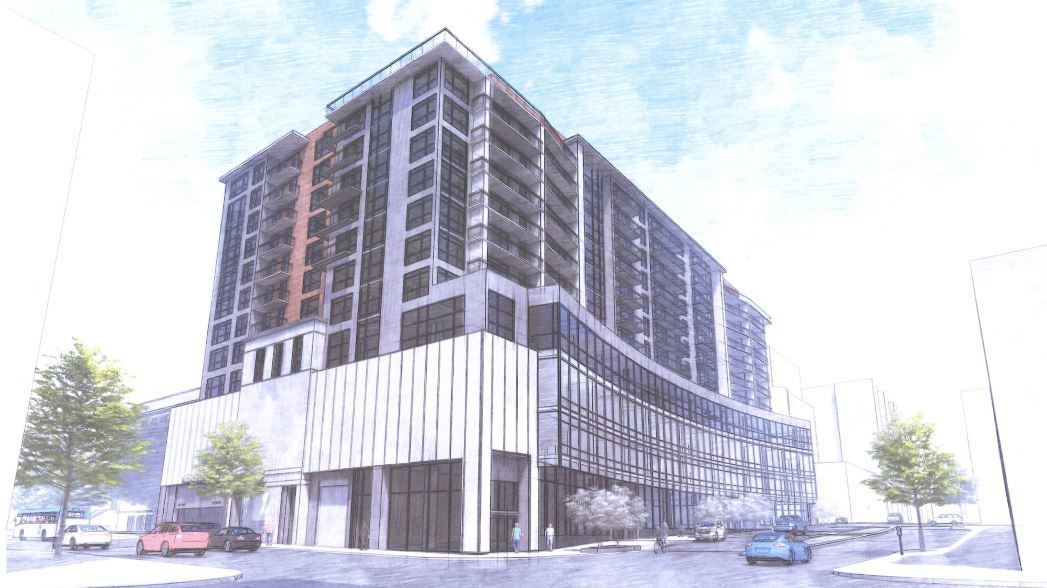