Public Health Madison and Dane County in September installed a Mamava-brand mobile lactation space in the lobby of the Hawthorne branch library on East Washington Avenue, and last year installed one at the agency’s offices in the Village on Park shopping center on South Park Street.

Both locations are in “first food deserts” — areas where support for breastfeeding is lacking because they lack places to breastfeed or policies and cultural norms that embrace the practice.

Both areas also have racially diverse, lower-income populations, and research has shown younger, black, lower-income and less-educated mothers are less likely to breastfeed their children, even though breast milk is considered the healthiest option during the first year of life.

“There are few private spaces for pumping in the area(s),” said Kristine Omen, a pregnancy and child health navigator with the public health department. The pods are “located near community meeting spaces, which can alleviate the stress of folks having to plan their attendance around their pumping schedule — a story we’ve heard far too often of meeting and conference spaces around the county.”

Women who want to use the locked units get keys from the library and public health department front desks.

There are at least two other Mamava lactation spaces in Dane County, at the Dejope Residence Hall and the Field House at UW-Madison. The first was installed in the summer of 2017 and the second in mid-July. The first is not locked but can be locked from the inside while in use. Users of the second need an access code from Field House staff or can use the Mamava app to get in. Both are handicap-accessible.

Mike Kinderman, an associate director with University Housing, said the unit at Dejope cost $19,500, and the Athletic Department said the one at the Field House cost $20,500. Public health department supervisor Katarina Grande said each of her agency’s units cost $14,900. The first was paid for with a federal grant and the second with money from a private donor, she said.

Kinderman said the Dejope pod and a lactation room on the second floor of the Gordon Dining and Event Center see “heavy use” during the summer, when both facilities host a number of conferences.

“It gets a lot of outside traffic,” he said.

UW Athletic Department director of external engagement Daron Jones said the department has averaged between 20 and 30 mothers going to guest services looking for a place to pump or breastfeed during each home football game.

“We take the majority of these guests to the Mamava pod, but at peak times we have a backup private location set up for breastfeeding that we escort the guests so they don’t have to wait too long,” he said.

Use of the Village on Park pod has fluctuated, Omen said. At the Hawthorne library branch, it’s too early to gauge activity because staff received a key to the unit only in late October.

To that end, the public health department in mid-2018 also started offering “micro grants” of up to $500 each to companies or organizations interested in creating lactation or nursing spaces in their facilities.

The department asks grant applicants “what would you need to make this space work?” Omen said, and then purchases furniture, mini-fridges and other items women need to feed their infants or pump and store breast milk. Grande said that as of early November, 16 grants totaling $5,018.57 had been awarded, with an average award of $313.66. The department can also provide model policies on accommodating nursing.

The department also launched an interactive Google map about a year ago of nearly 100 “public lactation rooms” in the Madison metro area. About half of them are clustered on the UW-Madison campus and Downtown; there are also sites in Waunakee, Cottage Grove and Verona.

Public Health built its map from a list of Madison-area “pumping-friendly” sites compiled since 2012 by the Breastfeeding Coalition of South Central Wisconsin. UW-Madison also provides its own map of almost 50 lactation rooms on campus.

The next chance for precipitation for the area isn’t until Sunday into Monday, according to forecasters. 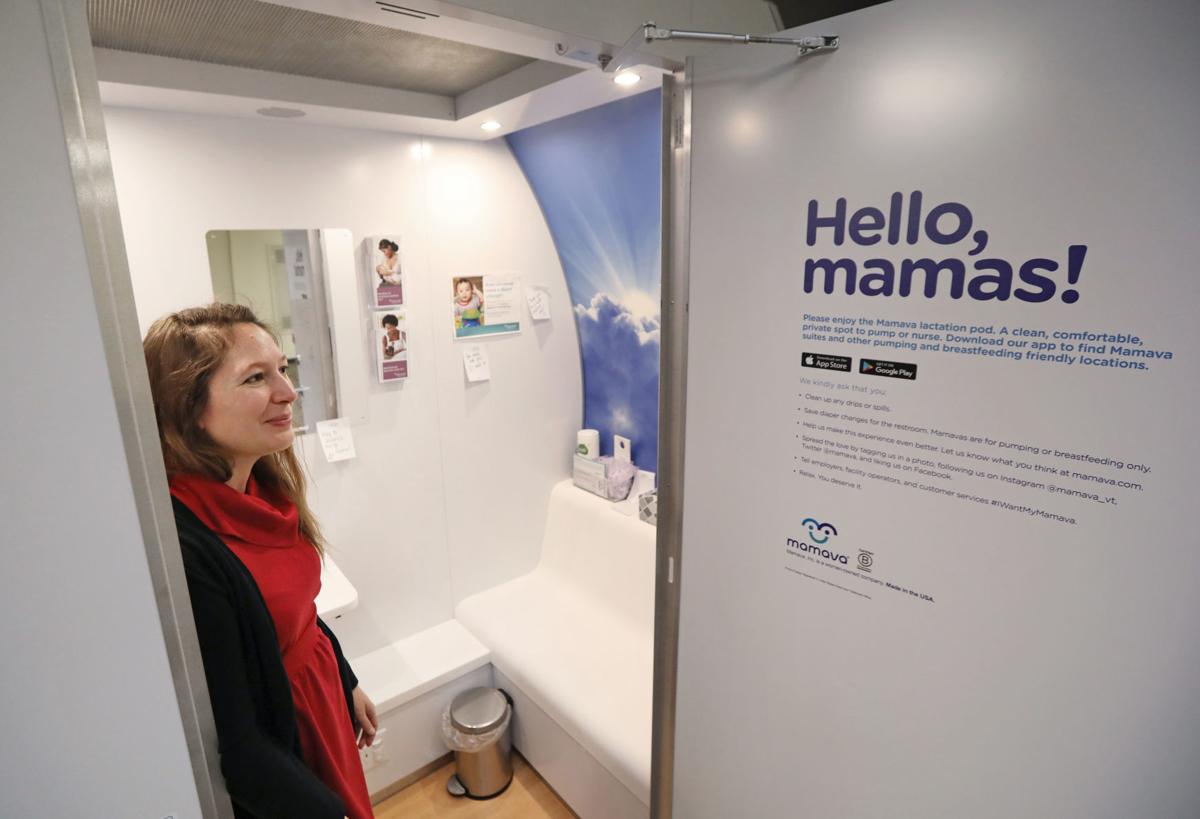 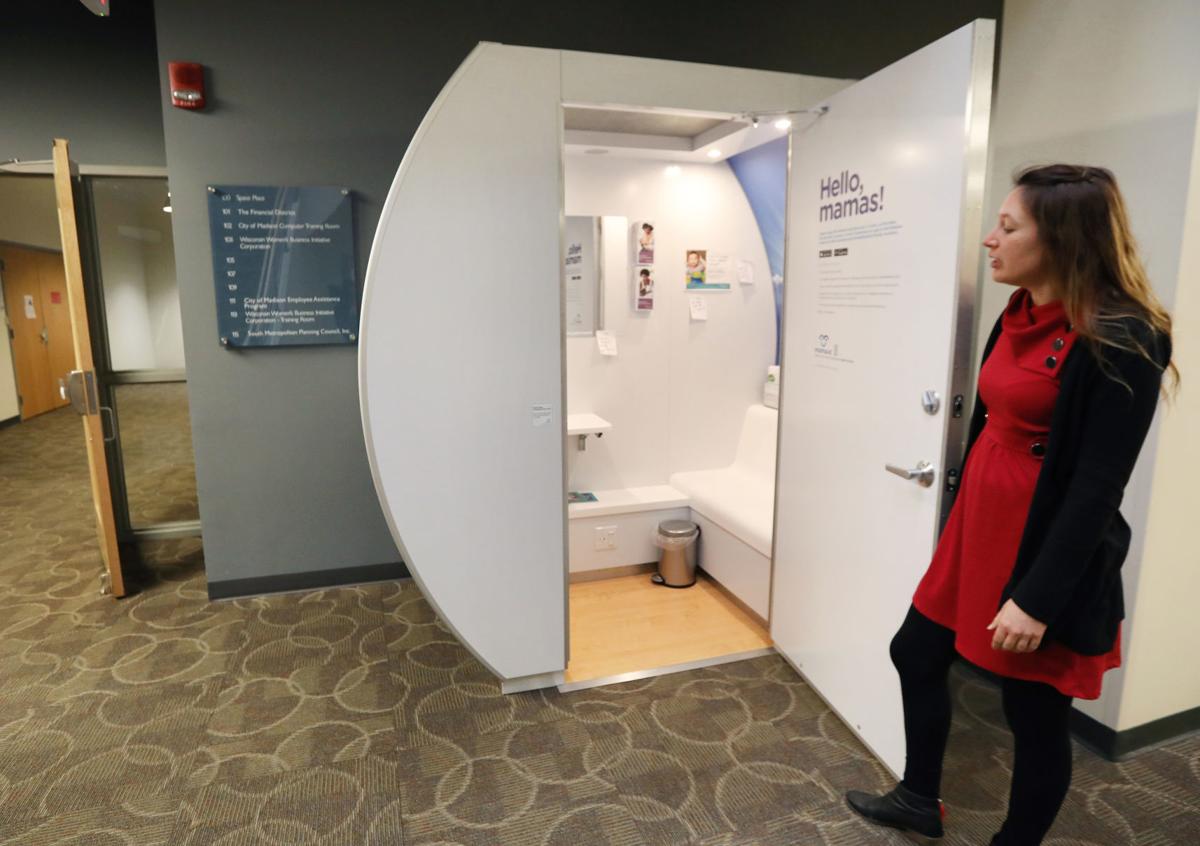 Public health supervisor Katarina Grande with one of two Mamava-brand lactation pods the agency has purchased for public use. 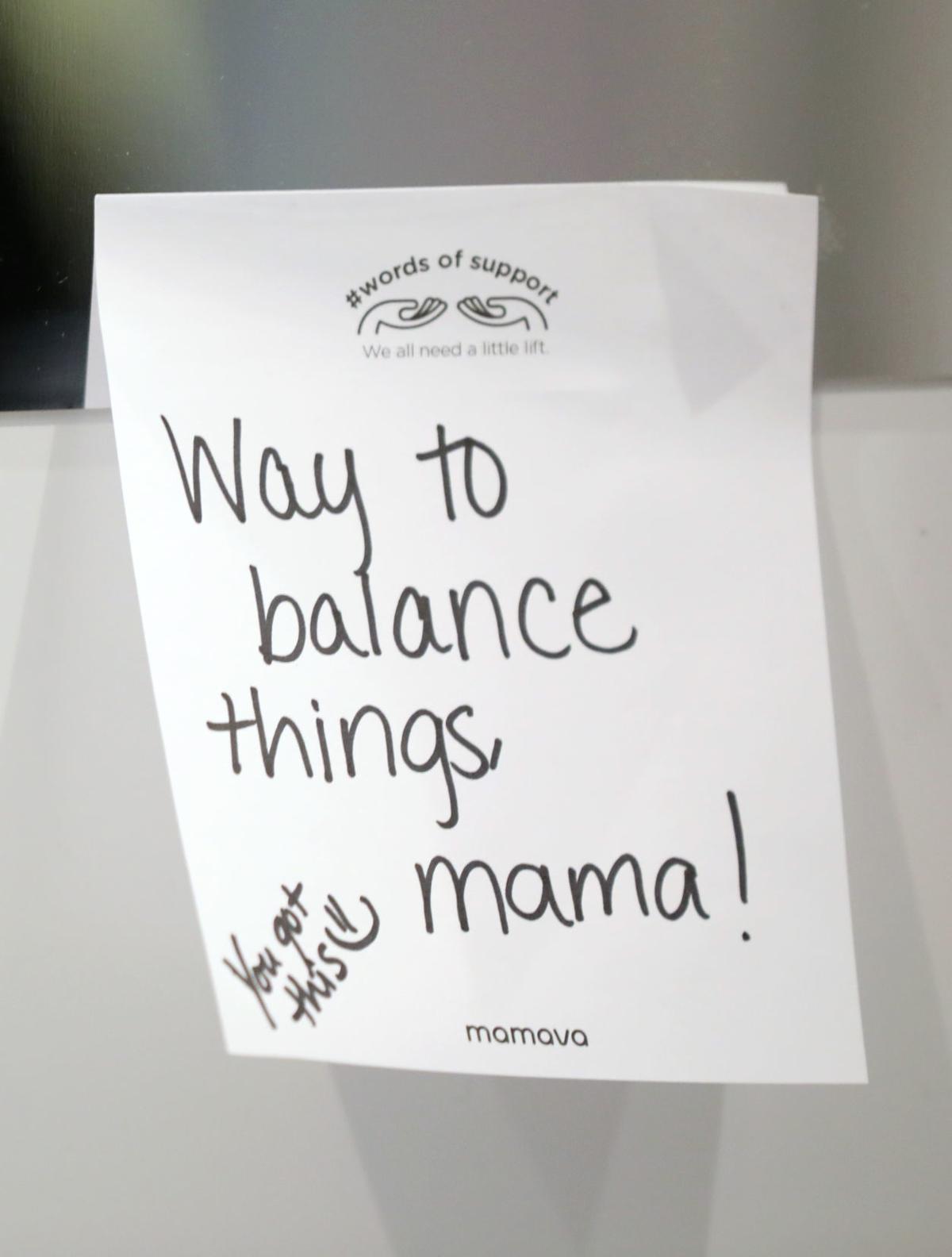 A handwritten sticky note adorns the inside of one of the lactation pods.