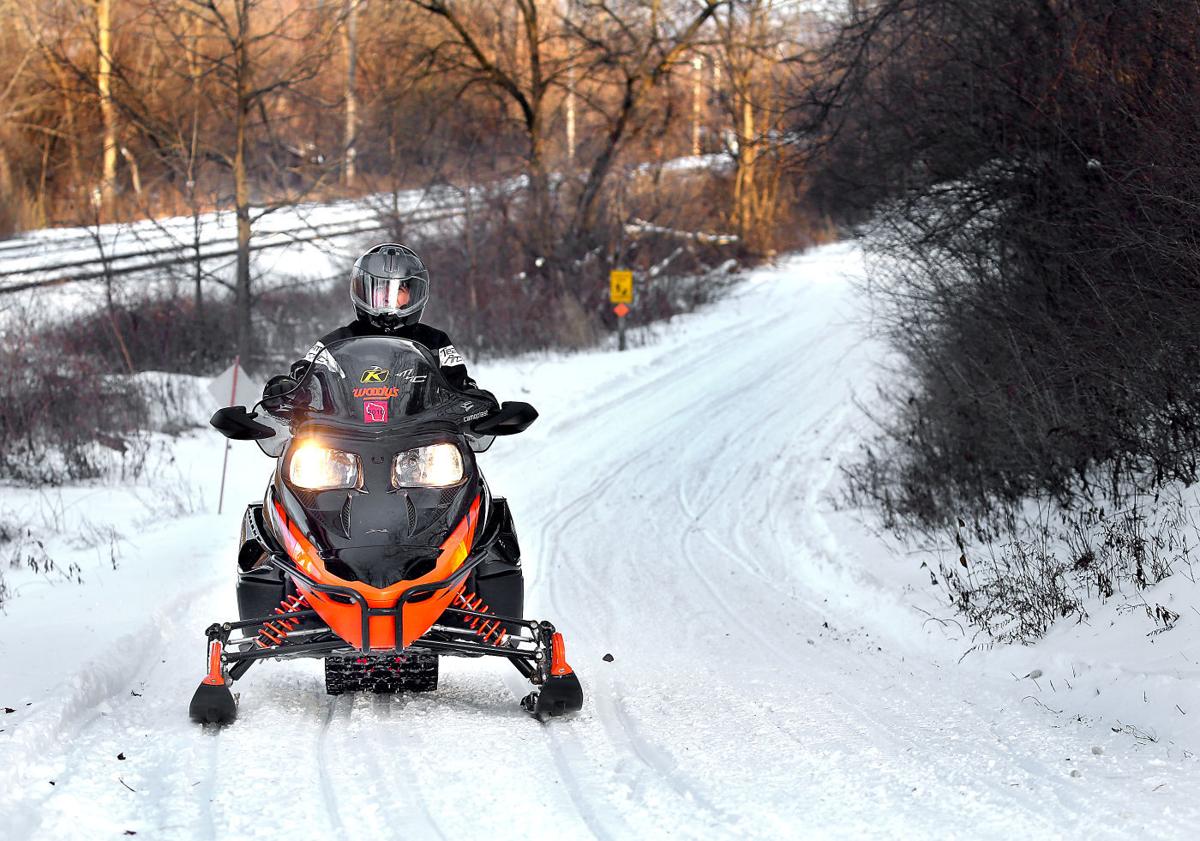 The Department of Natural Resources will ask its policy board to reconsider a decision to allow snowmobiling in Blue Mound State Park after legal challenges to the change. 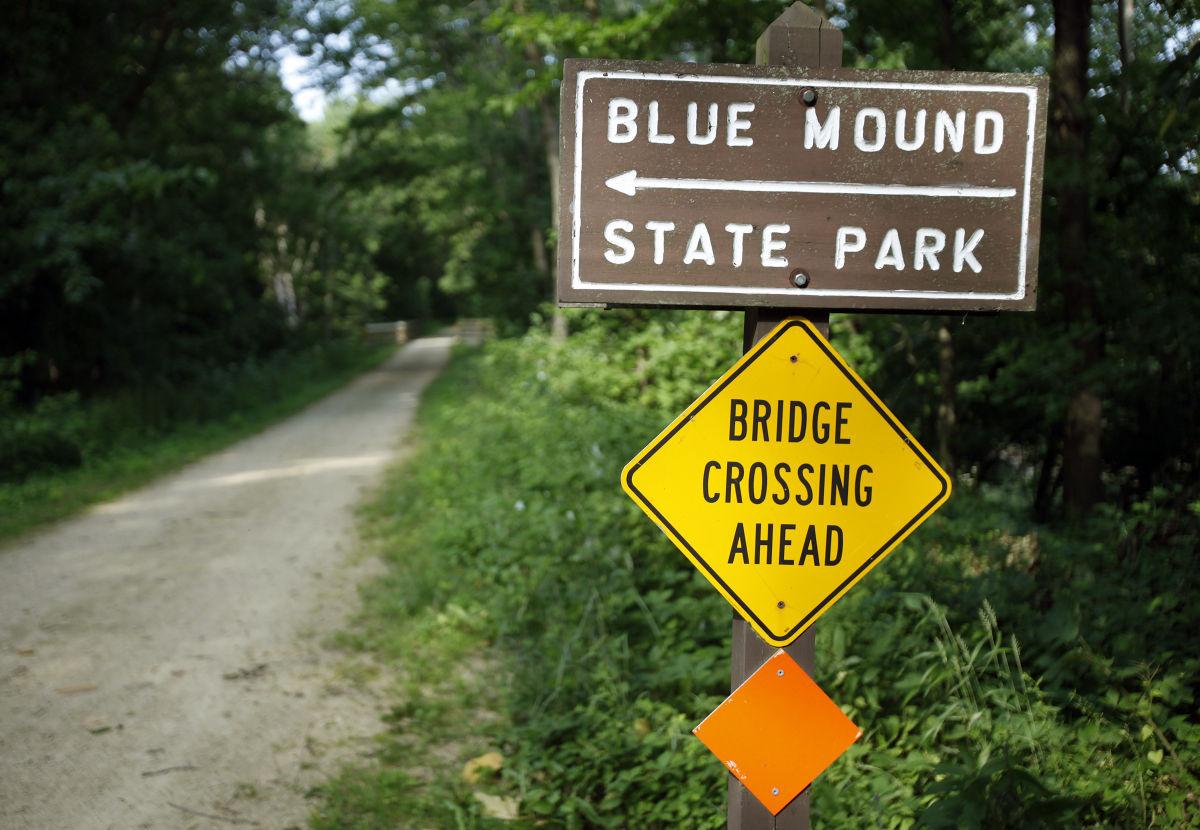 The DNR is asking its policy board to reconsider a decision to allow snowmobiling in Blue Mound State Park.

The state Department of Natural Resources will ask its policy board to reconsider a controversial decision to allow snowmobiling in a state park known for silent sports, a DNR spokesman said Thursday.

And the Natural Resources Board will stop holding dinner meetings like the one on Jan. 26 that drew a formal complaint alleging that it was used to illegally shut the public out of board decision-making on the changes at Blue Mound State Park, the spokesman said.

“While the DNR believes there have been no violations of the open meetings law, we have decided, in a desire for utmost transparency in all Board actions, to no longer schedule social dinners with Natural Resource Board members for the night before (publicly) noticed board meetings,” spokesman Jim Dick said in an emailed statement.

The DNR will bring the snowmobiling decision back to the board in December “based on additional significant public interest and concerns expressed over opportunity for public input,” Dick said.

A month later, a lawsuit was filed in Dane County Circuit Court challenging the park decision. In September, a complaint was lodged with the county district attorney’s office alleging that the board violated the state open meetings act.

The lawsuit alleges a violation of rules that require the board to consider findings on how the change would affect the environment and surrounding property owners.

After filing the suit, Madison attorney Christa Westerberg submitted an open records request to the DNR because she and the department didn’t agree on which records the agency should hand over as part of the court action.

The records request produced emails indicating DNR staff members tried to head off opposition to the park plan by repeatedly offering board members briefings and by meeting with them at the dinner gathering on Jan. 26, the night before the vote, Westerberg said.

The proposal to better accommodate snowmobiles in the park had unleashed a torrent of criticism from cross-country skiers, mountain bikers and other park users.

The park’s original 1984 master plan said 35,000 people visited annually for hiking and cross-country skiing. It referenced an existing 2-mile snowmobile trail, but didn’t call for future motorized use. Mountain biking and snow-shoeing were added to the plan in 2000.

In 2014, the Association of Wisconsin Snowmobiling Clubs petitioned for a route allowing them to pass through the park from the Military Ridge State Trail on the park’s south boundary to private land to the north.

Hundreds of opponents registered comments citing concerns about safety, noise, exhaust emissions and the absence of nearby alternative sites for non-motorized recreation. The DNR reported roughly equal numbers of people commenting for and against the change.

The board voted to approve a 12-foot-wide, 1.4-mile snowmobile trail at a cost of $180,000, and relocation of a ski trail that involved a road crossing, at its Jan. 27 business meeting as part of an update to the master plan for the park, which is about 25 miles west of Madison.

The lawsuit said the plan amendment would degrade the quality of the park, and it failed to properly take into account uncertainty about long-term access for snowmobiles to the private land.

The DNR’s decision to resubmit the snowmobile plan and end the dinner meetings was first reported by the Milwaukee Journal Sentinel.

The open meetings complaint, filed by Westerberg, cites a Jan. 26 email from DNR land division administrator Sanjay Olson drawing up strategy for staff members who would join the board for dinner that night.

“We want to re-brief as 215 comments came in, in opposition to the snomo trail. I feel Preston/ Terry/Gary understand this — but we want to answer any questions they have — as well and try to get in front of the others not yet briefed. Ben and I will both be attending the dinner tonight to answer questions as well,” Olson’s email said.

The email referred to board chairman Terry Hilgenberg and members Preston Cole and Gary Zimmer. The board is made up of seven members appointed by the governor.

State law requires public bodies to inform the public about when it will meet and what it will do in its meetings. The law is meant to allow the public to see how decisions are made, Westerberg said.

In September, the DNR spokesman said the department always provided public notice of the dinner meetings when they involved informational presentations or guests other than DNR staff and board members.

“Otherwise, these dinners are social gatherings,” Dick said. “This procedure was established in 2008 under the Doyle administration. There have been no violations of the open meetings law.”

Westerberg said the lawsuit and the complaint will not be withdrawn.

At its Wednesday meeting, the state Natural Resources Board approved a trail network amendment to the park's master plan that creates a 1.4-mile snowmobile route through the park.

A complaint filed Wednesday accuses Wisconsin DNR staff of "full-scale lobbying and polling of each Board member" to sway the decision to allow snowmobiles at Blue Mound State Park.

DNR plan appeases bikers at Blue Mound State Park; skiers not so much

Plans that would allow snowmobiling at Blue Mound State Park have been altered to appease mountain biking advocates, but the changes appear to leave the complaints of cross country skiers intact.

Two people who oppose a snowmobile trail approved to pass through Blue Mound State Park have filed a lawsuit alleging a violation of the state open meetings law by the state Department of Natural Resources Board.

The revisions mark the first updates to the management plan since 1980.

The Department of Natural Resources will ask its policy board to reconsider a decision to allow snowmobiling in Blue Mound State Park after legal challenges to the change.

The DNR is asking its policy board to reconsider a decision to allow snowmobiling in Blue Mound State Park.