It’s the first action to address sexual harassment taken by state legislative leaders in the wake of an avalanche of allegations against prominent lawmakers, entertainers and journalists. None have involved people in Wisconsin.

“The Assembly takes reports of sexual harassment very seriously and we want to make sure all staff are comfortable and familiar with how to make a report and explain the process that occurs if one is made,” Vos, R-Rochester, wrote in an email to staff last week.

The meeting comes at a time when Congress and state legislatures are grappling with allegations of sexual harassment and assault. Allegations have been leveled against U.S. Sen. Al Franken, D-Minnesota, U.S. Rep. John Conyers, D-Michigan, several state lawmakers and Republican Senate-hopeful Roy Moore of Alabama.

The claims of sexual misconduct and harassment made against lawmakers followed a cascade of similar allegations against movie producer Harvey Weinstein, comedian Louis C.K. and high-profile media figures such as Roger Ailes and Bill O’Reilly of Fox News and Charlie Rose of CBS and PBS.

In the email, Neitzel emphasized that state law allows employees to be fired instead of disciplined for harassing a person while on duty.

“While most harassment claims may not be as obvious a violation as some we have recently seen in the media, all allegations need to be taken seriously and appropriately reviewed,” he wrote.

Vos wrote in his email to staff that the Legislature’s human resources director will be at the Tuesday meeting in the Assembly chamber to discuss the Assembly’s procedures on reporting sexual harassment.

Lawmakers are not required to attend the meeting, but Vos said in the email that legislators are “encouraged” to attend.

A spokesman for Senate Majority Leader Scott Fitzgerald, R-Juneau, said the office would discuss whether to hold a similar meeting.

Complaints of harassment should be made to the Legislature’s human resources office, according to the policy, though the policy does not specifically address sexual harassment.

Staff are also given a pamphlet including the Department of Workforce Development’s complaint process for staff who feel they have experienced discrimination, which outlines the best methods for managers to handle allegations of harassment, Fuller said.

The pamphlet also defines sexual harassment — emphasizing sexual harassment can occur “when there is a disparity of power, not just when men and women work together” and that harassers can be supervisors, co-workers and also people who don’t work for the Assembly but communicate and work with Assembly staff.”

In the Senate, harassment and discrimination also are prohibited and staff are given policies regarding sexual harassment that specifically outline how to file complaints. According to Senate Chief Clerk Jeff Renk, staff making a complaint can file one through an informal process to resolve the unwanted situation or through a formal complaint that aims to “ensure that appropriate action can be taken right away.”

It defines sexual harassment as “verbal, visual, or physical.”

“It can be overt, as in the suggestion that a person could get a raise in salary or promotion by submitting to sexual advances,” according to the policy. “Sexual harassment can also consist of persistent, unwelcome attempts to change a professional relationship to a personal one.”

The Senate also prohibits retaliation against employees and establishes timelines within which supervisors and human resources staff must resolve complaints.

Fuller and Renk last week denied a request made by the Wisconsin State Journal under the state’s open records law for complaints of sexual harassment filed with their offices over the last 10 years.

“To the extent we have any records, release of any records responsive to your request would have a negative/chilling impact upon employees informing the Legislature of their concerns via the internal complaint process and the ability of the Legislature to be appropriately informed of and to timely respond to and resolve such concerns/complaints,” they wrote in each of their letters of denial. “The purpose of an employer internal complaint process is to instill employee confidence in his/her employer in resolving such concerns in an appropriate, timely and as confidential as possible manner (without having to file a formal, costly and public lawsuit).”

Fuller and Renk said releasing the records related to complaints and investigations “compromises the privacy rights of victims, witnesses, and others.”

“The increased level of embarrassment would have a chilling effect on future witnesses or victims coming forward, contrary to public policy,” they wrote.

Scott Walker shifts on Roy Moore, says he should step aside

The governor compares it to rumors that surfaced in the final days of the 2012 recall.

Garrison Keillor, the former host of "A Prairie Home Companion," said Wednesday he has been fired by Minnesota Public Radio over allegations of what the network called improper behavior.

"The decision to publicly share deeply personal and often difficult experiences should remain with the victims of sexual assault and harassment," Sen. Jennifer Shilling said.

Sen. Tammy Baldwin has returned two donations to men accused of sexual harassment while Republicans have not distanced themselves from a supporter of Alabama Senate candidate Roy Moore. 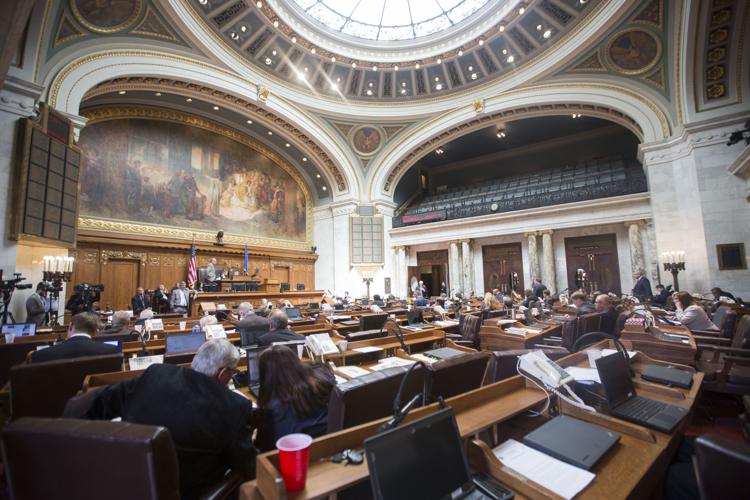 The Assembly will hold a meeting on sexual harassment Tuesday. 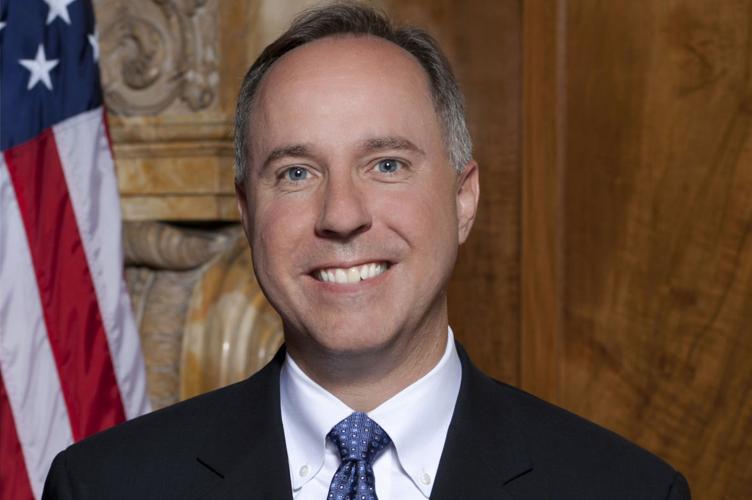