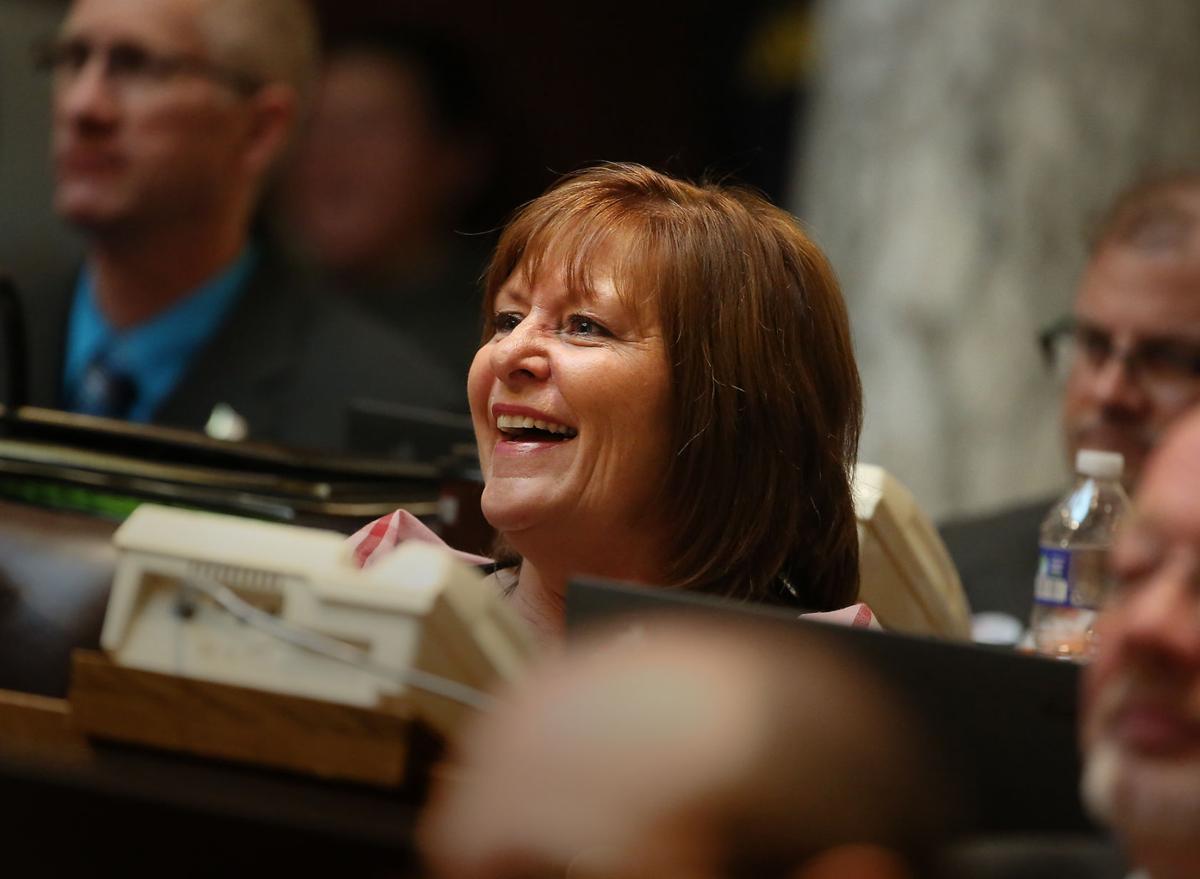 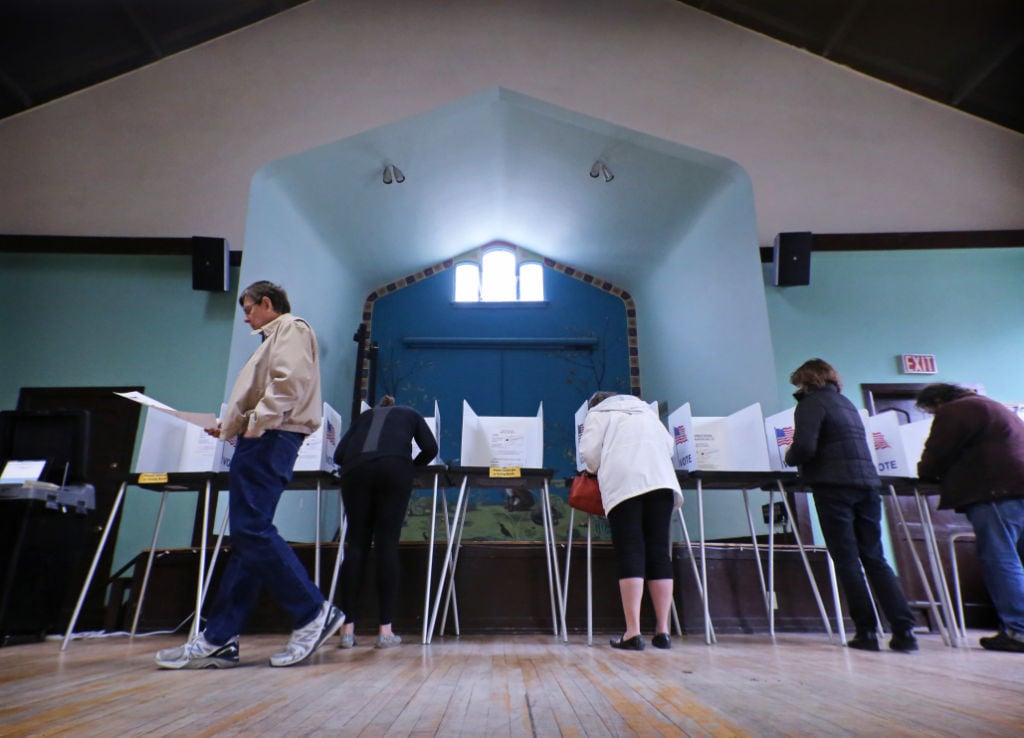 Voters cast their ballots at the Wil-Mar Neighborhood center on Madison's East Side in April.

The bill would make Wisconsin the 31st state in which online registration is permitted, a move that has broad support.

Supporters of the bill have dismissed concerns that it will halt registration drives. With online registration, they say special registration deputies no longer will be needed because anyone could help a voter register online using tablets or other mobile devices.

"I am shocked that my colleagues on the other side of the aisle are opposed to going paperless as it is saving trees and a progressive use of science and technology over the old way of doing business," Bernier said.

Opponents of the bill note that it requires voters registering online to have an ID that meets the state voter ID requirement. Voter groups less likely to have a driver's license or other ID, such as the very poor, elderly, students or minorities, would be excluded — and also are the voters most commonly served by the special deputies who lead registration drives, they have said.

The bill's Senate sponsor, Sen. Devin LeMahieu, has said voters who lack the proper ID could be given paper registration forms instead. Or they could register at the polls on Election Day, by which time they'll need an ID to vote anyway.

Rep. Terese Berceau, D-Madison, a longtime advocate for online voter registration, said she was torn by her vote against the bill. She said the bill wasn't gaining traction among Republicans before the elimination of special registration deputies, a sign the provision was all about politics.

"We are supposed to want people to vote," Berceau said. "You put me in a real bind here and that’s really… fun?

The bill passed 56-38 with all Democrats and a few Republicans opposed.

The bill passed the Senate last week on a 19-13 vote. The Senate has to vote on the bill again with the amendment before it heads to Gov. Scott Walker's desk.

Get caught up on everything that happened in the Legislature

Special deputies can keep registering voters through the fall election

Online voter registration won't be ready for prime time by the November election, meaning special deputies will remain until then.

Critics are taking aim at a provision they say would prevent civic groups from conducting voter registration drives.

Several Dane County lawmakers initially co-sponsored bill, but withdrew support after getting push back from colleagues.

Voters cast their ballots at the Wil-Mar Neighborhood center on Madison's East Side in April. 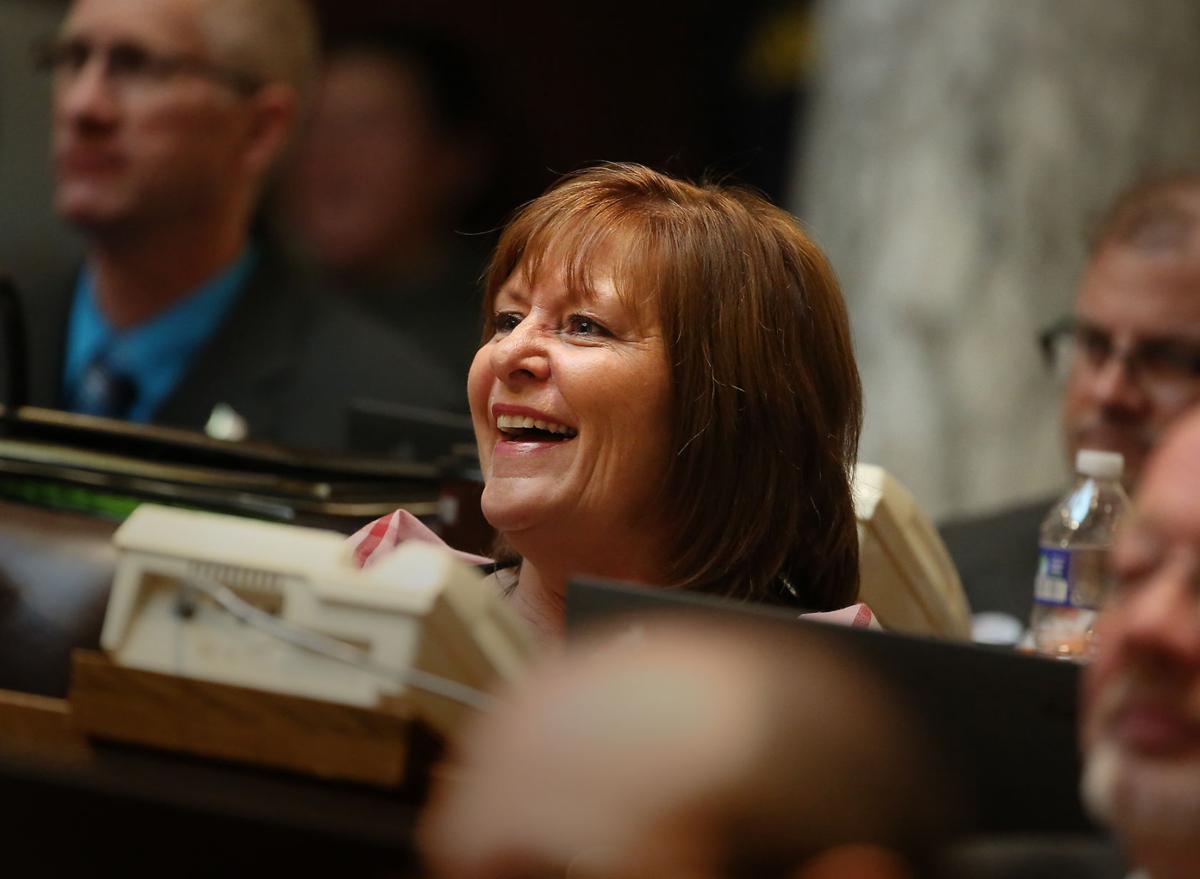