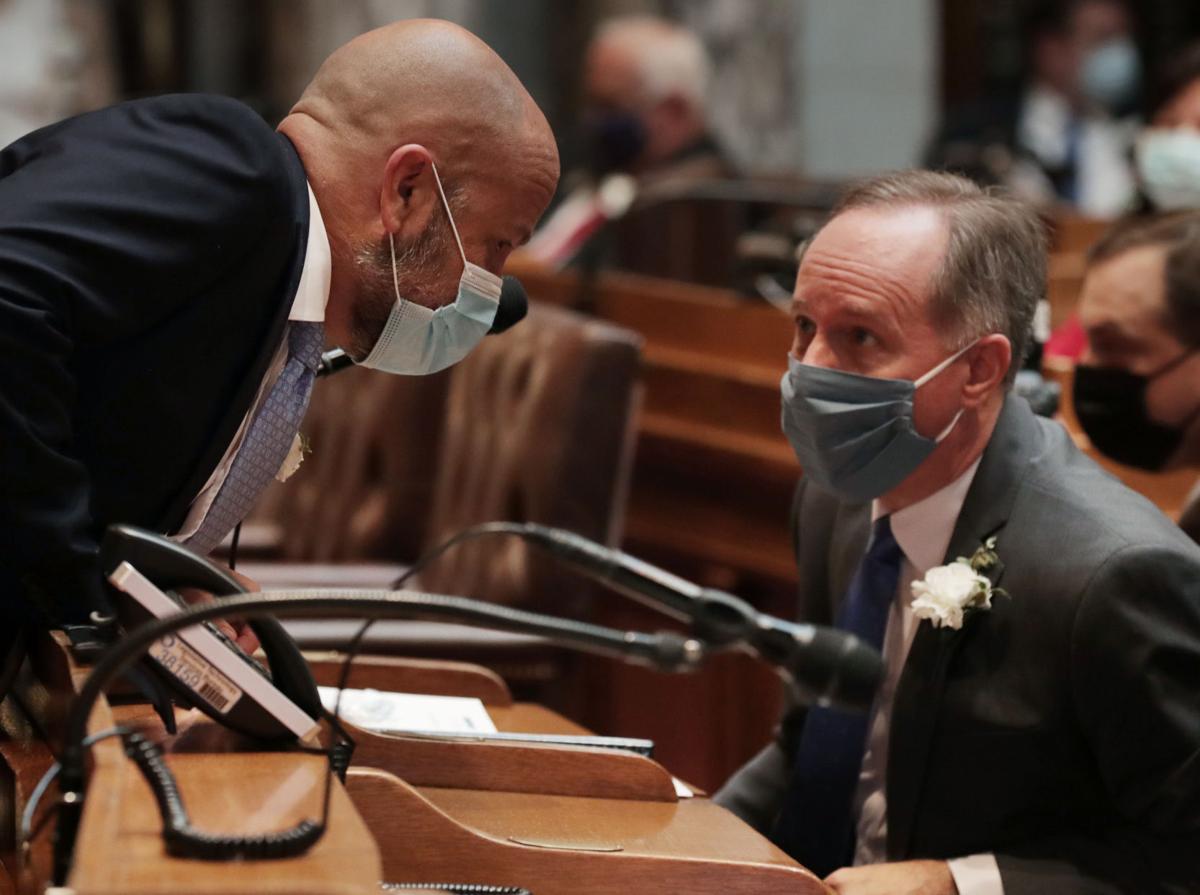 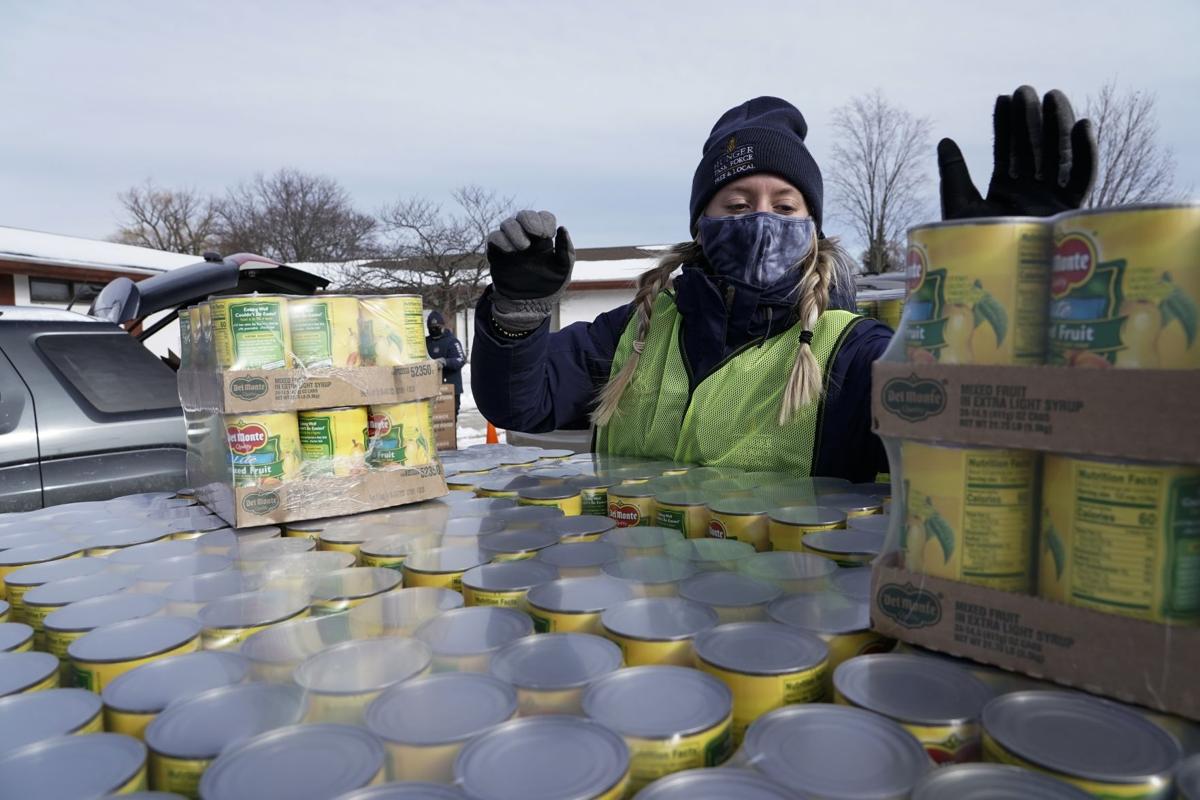 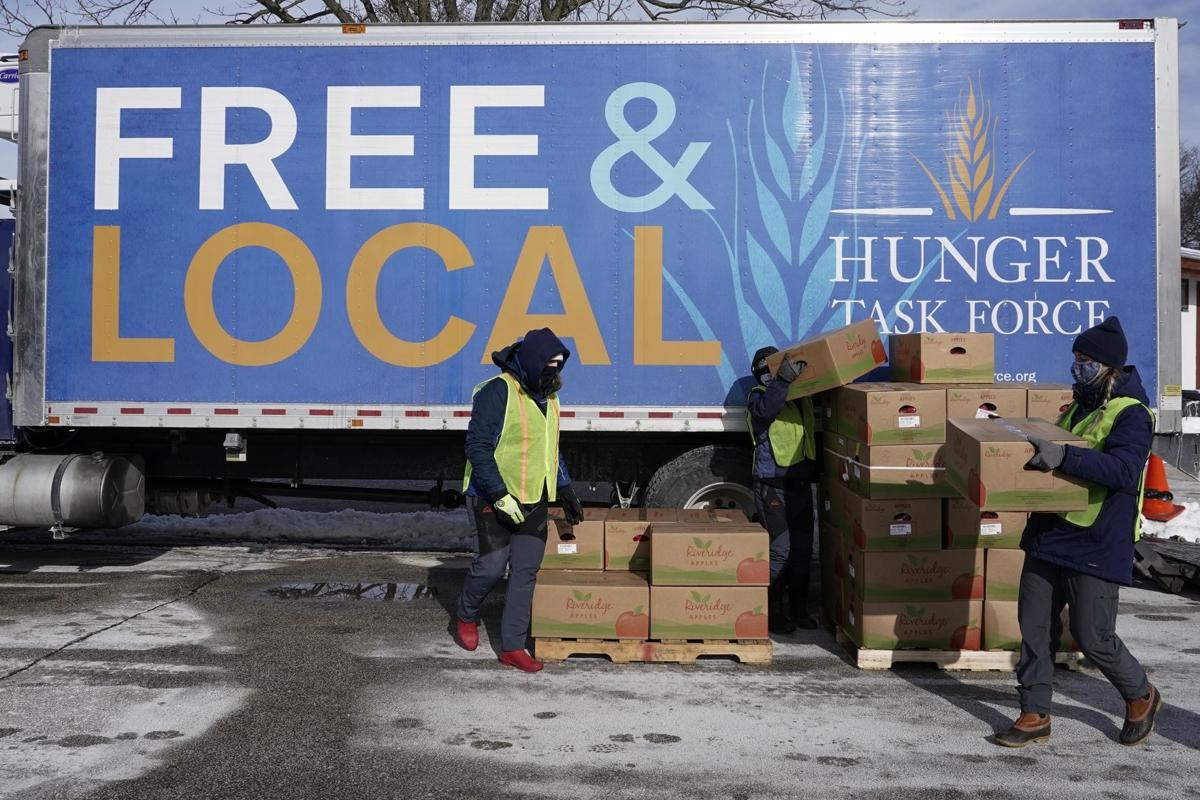 Assembly Republicans paused efforts to eliminate Gov. Tony Evers’ statewide mask mandate after reports surfaced that doing so could cut the state off from more than $49 million in federal food assistance for low-income families this month.

Assembly Speaker Robin Vos, R-Rochester, said the chamber postponed a vote originally scheduled for Thursday on a Senate-approved joint resolution that would effectively eliminate Evers’ emergency order and accompanying mask mandate. Vos said he still plans to pass the measure, which could reach a vote next week, but first wants to get a clear picture on any financial impact it may have on the state.

“Our job is to guarantee when we pass legislation that we know what the ramifications are,” Vos told reporters shortly before the Assembly convened. “Unfortunately, when our Senate colleagues passed it, they didn’t necessarily do the same level of due diligence. … We do not want to repeat that mistake.”

If the governor’s emergency order is repealed, Wisconsin could lose more than $49.3 million in FoodShare benefits, according to a memo from the nonpartisan Legislative Fiscal Bureau first reported by the Milwaukee Journal Sentinel.

The memo, requested by Rep. Evan Goyke, D-Milwaukee, states that federal COVID-19 aid passed last year provides assistance to households participating in food assistance programs as long as the state has an existing emergency health order in place. The state Department of Health Services estimates that more than 242,000 Wisconsin households will receive such emergency benefits this month.

Sherrie Tussler, executive director of the Milwaukee-based Hunger Task Force, said an average senior living in public housing in Wisconsin received $16 a month in FoodShare before the pandemic. With emergency funding from the federal government, recipients get $204 a month.

“That’s a big impact to our seniors,” Tusler said. “No one wants to think about grandma without food.”

Less than 24 hours after being informed that repealing Evers’ emergency order could put the federal funds in jeopardy, Senate Republicans passed an amended COVID-19 relief bill that would allow the Democratic governor to put in place future coronavirus emergency orders, but ban the inclusion of other pandemic-related measures such as future mask mandates.

Vos said he believes the Senate amendment “probably fixes the issue, but I don’t know that for sure.”

The amendment is attached to a legislative package that has ping-ponged between the GOP-led Senate and Assembly and could be heading for a veto as it includes several items Evers has opposed.

While the Senate had removed a handful of items authored by Assembly Republicans in an attempt to reach bipartisan support, the Assembly reintroduced several of those measures earlier this week. The Senate approved those additions on Thursday.

Items added back to the bill would prohibit employers from mandating vaccines for employees and allow local public health officials the ability to limit gatherings at churches and other places of worship. Another amendment would grant the state’s GOP-led budget committee authority over how the state spends future federal funds dedicated to the pandemic — a measure Evers has opposed.

The GOP-led Legislature has not sent a pandemic-related measure to Evers’ desk since April.

“We should have no reason to believe that this bill is going to see the light of day,” Senate Minority Leader Janet Bewley, D-Mason, said. “The emperor has no clothes — we aren’t doing anything. There can be no victory lap today.”

Sen. Steve Nass, R-Whitewater, who co-authored the joint resolution to repeal the state emergency order and the amendment passed by the Senate on Thursday, shifted the blame to Evers.

“If the governor were to veto this legislation, he would be the one killing $49 million,” Nass said.

Sen. Chris Larson, D-Milwaukee, urged the governor to veto the bill, which he said was “openly trying to skirt the intent of the federal legislation.”

Evers has not indicated whether he will veto the package.

As a joint resolution, the item just needs to pass both chambers and does not require the governor’s approval. Evers’ latest emergency order and mask mandate are slated to run until March 20.

Legislative Republicans have said the effort to eliminate the statewide mask order has nothing to do with masks, but rather concerns that the Democratic governor has overextended his authority by issuing repeated emergency orders for the same ongoing issue — the COVID-19 pandemic, which has killed more than 5,700 Wisconsinites.

Evers has made multiple extensions to his statewide emergency order and mask mandate since they first went into effect in August, while the Legislature has refused to extend those orders. The Democratic governor and public health officials have touted the mask requirement as a pivotal step in mitigating transmission of the COVID-19 virus.

Republicans say the Legislature, not Evers, has the authority to initiate a mask mandate beyond the governor’s 60-day limit, but so far have not proposed any such measure.

Members of the Evers’ administration have said the use of multiple emergency orders to extend the mask mandate is appropriate and necessary to adjust to the changing and ongoing pandemic. The Wisconsin Supreme Court has yet to rule on a challenge to the mask mandate.

If the state mask rule is eliminated, local orders, like those in Madison and Milwaukee, would remain in effect. Dane County’s local order requires everyone age 5 and older to wear a mask when indoors, with some exceptions.

More than 35,000 doses of COVID-19 vaccine were given in Wisconsin Wednesday and more than 26,000 were administered Tuesday, according to preliminary data Thursday by DHS.

In all, 432,102 doses have been given since vaccination started in mid-December, including 83,055 booster shots to people fully immunized with two doses.

Wisconsin continues to rank near the bottom among states in doses given by capita, according to the Centers for Disease Control and Prevention, which doesn’t include the high numbers in recent days. State health officials have said the low ranking is largely because they had to set aside more doses for assisted living facilities, where vaccination began in earnest this week.

During a media briefing Tuesday, DHS Deputy Secretary Julie Willems Van Dijk said “this is no time to remove a mask mandate in our state.”

The Assembly on Thursday passed a bill that would provide pharmacy technicians authority to administer COVID-19 vaccinations and legislation that would allow the general public the ability to schedule vaccine appointments by mid-March. Democratic lawmakers have criticized the second bill because such a vaccine deployment would require a considerable increase in allocations to the state.

Track COVID-19 testing progress across the US

While confidence is increasing that accumulating snow will fall Saturday and Sunday, there still is considerable uncertainty regarding amounts and the timing of the snow, according to forecasters.

Snow blocking a furnace vent caused a carbon monoxide emergency at a South Side residence Tuesday morning, the Madison Fire Department said as it warned people to make sure their vents are clear.

Next snowstorm set to hit southern Wisconsin Saturday into Sunday. See how much will fall and when

Like the snowstorm earlier this week, the heaviest snow is predicted to fall in Wisconsin’s southern and southeastern tiers of counties, which are under a winter storm watch, according to forecasters.

Alex Lasry, the son of Bucks co-owner Marc Lasry, tweeted that "My wife got a call from her uncle that works in a facility that had extra doses that were going to go to waste if not used right away."

Republican leaders say they want to kill the mandate not because they don't believe masks work in the fight against the coronavirus but because Evers is trampling their constituents' personal liberties.

The state last week administered more than 200,000 first and second doses, including a record of more than 46,000 on Wednesday.

Evers' budget will have to go through the GOP-led Legislature at a time when Democrats and Republicans can't agree on a COVID-19 relief bill.

An amendment would mark yet another delay to the state's COVID-19 relief package, which has ping-ponged between the GOP-led chambers for a month and could be heading for a veto as it includes several items Evers has opposed.

Wisconsin now ranks 10th among states in the percentage of people who have received at least one dose, up from near the bottom last month.