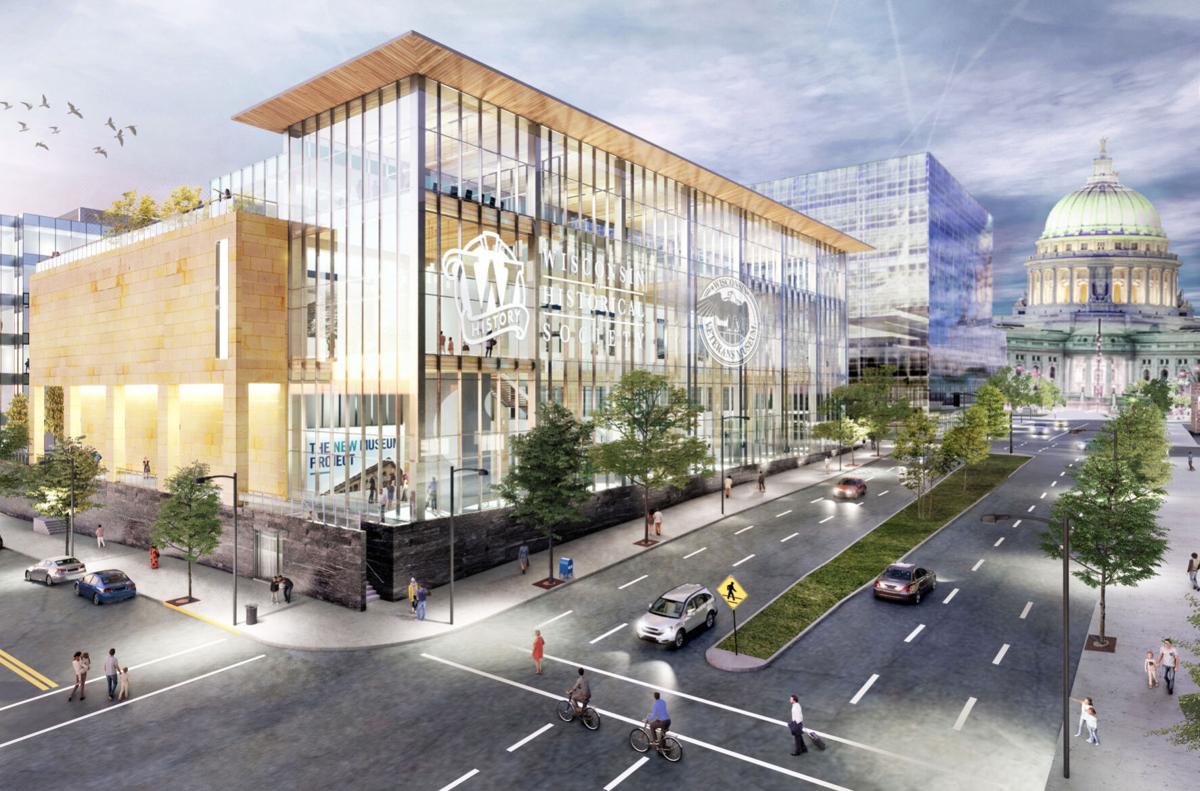 A preliminary concept for side-by-side Wisconsin Historical Society and Veterans museums on a redeveloped 200 block of East Washington Avenue.

New Wisconsin Historical Society and Veterans museums could be sheathed in shimmering glass facades on East Washington Avenue as part of a larger, $276.8 million redevelopment a block from Capitol Square.

Coupled with new guidance on the future of state facilities that could involve the sale of the historic State Office Building at 1 W. Wilson St. and other moves, Gov. Tony Evers’ “Vision 2030” strategic plan, released Wednesday, promises to reimagine a large part of Downtown.

Under the plan, the two museums now located at the top of State Street would be moved to a new site, called Block 108, bounded by the 200 blocks of East Washington Avenue and East Main Street, and 10 blocks of South Butler and Webster streets.

The redevelopment would require the demolition of the unloved, four-story, 271,493-square-foot General Executive Facility, or GEF 1, which was built in 1971-72 in the Brutalist style and has housed the Department of Children and Families, Workforce Development and a parking garage.

The strategic plan also envisions redeveloping the current GEF 2 and GEF 3 buildings to create space for the departments of Administration, Natural Resources, Public Instruction and Health Services, Office of the Commissioner of Insurance and perhaps others on a site called Block 107 bounded by East Main, South Webster, South Butler and King streets.

“We’re thrilled to be able to invest and build a beautiful Historical Society Museum on one of the most visible locations in Downtown Madison,” DOA Secretary Joel Brennan said. “Wisconsin Veterans Museum would benefit greatly from a significantly larger footprint for their new facility. The proposed museum site at Block 108 would include more than three times the exhibit space and a total square footage of more than 47,000 square feet.”

The relocation of the museums also creates redevelopment or reuse possibilities for two prime properties at the top of State Street.

The strategic plan, which anticipates more employees working from home and decreasing the state’s real estate portfolio, could also mean the eventual sale of the State Office Building, an 11-story, Art Deco structure next to Monona Terrace with commanding views of Lake Monona that now houses the Department of Health Services.

The state is also pondering relocating employees and the future of the 10-story Department of Administration Building at 101 E. Wilson St., set between the historic Madison Club, 5 E. Wilson St., and the State of Wisconsin Investment Board building, 121 E. Wilson St. SWIB has already announced it is moving from its two-story office building for larger, new facilities at the massive Madison Yards redevelopment on the city’s West Side.

“It all has the potential, if fully realized, to very much reshape the Downtown, overall in a very positive way,” longtime Ald. Mike Verveer, 4th District, said, adding that the main drawback would be the loss of state employees in the central city. “It could be a very big deal.”

The immediate buzz is about the museums, with the state announcing for the first time Wednesday that the Veterans Museum would also be relocating to the GEF 1 block.

Each entity would have its own parcel and entrance with only sky above the structures, which reduces risks to the museums’ historic artifacts from a major water leak at the office building.

The museums would have adjoining, three-story atriums facing East Washington Avenue with a cafe/dining space at the front of the Historical Society museum space, and three levels of underground parking with 542 vehicle spaces.

“The Wisconsin Historical Society’s Board of Curators approved moving forward with Block 108 as the preferred site for the museum with the caveat that the museum would remain separate and distinctive from the other development on the site, and that the museum open no later than 2026,” spokesperson Kara O’Keefe said.

The next step in the planning process is approval from the Joint Committee on Finance of $4 million in the governor’s capital budget recommendations to allow DOA to further plan and design for the Block 108 project, Brennan said. A design could be completed in 2023, the project included in the 2023-25 capital budget, and construction could be completed in 2025, he said.

Both the Historical Society and the Veterans museums would be required to raise private funds to complete the interior and exhibits for their facilities, Brennan said.

The two existing museum sites are in prominent locations and are “prime redevelopment opportunities,” Verveer said, noting he has had conversations with developers in recent years on both properties.

As part of that plan, Evers wants to decrease overall office space in state facilities by 10% over the next decade through lease consolidations and a reduction in the number of state-owned facilities. By 2030, the administration wants to increase the number of state employees living outside of the city of Madison by at least 5%, a goal DOA believes is attainable by offering permanent work-from-home options when conditions allow.

The governor’s proposals could bring many other changes Downtown.

To move forward on those concepts, the Legislature would need to invest in the redevelopment of Block 107 to create modern, flexible workspaces, which would allow DOA and DHS to move out of 1 W. Wilson and 101 E. Wilson, Brennan said. Funding for those proposals are not part of current budget deliberations and would be included in future capital budgets, he said.

The building was designed by state architect Arthur Peabody, who oversaw the first two phases of construction, she said. The north section began construction in 1929, the center section in 1939, and the south section came much later in 1959. The 1939 phase of the building was partially funded by the New Deal’s Public Works Administration. The Wisconsin Historical Society nominated the building to the National Register of Historic Places for its architecture, and the National Park Service designated it in 1982, she said.

“It is a monumental piece of public architecture and public art,” Bailey said, adding that the property does not have a local landmark designation.

The building has more than $100 million in deferred maintenance that would otherwise have to be addressed in future capital budgets, Brennan said.

“The opportunities are limitless for adaptive reuse of the building,” Verveer said, cautioning that some may be reluctant to sell the property because of its history.

The building at 101 E. Wilson St., built in 1991, is also in a prime location, and attractive for reuse or redevelopment, he said.

“If, after evaluating whether there is another public use for those properties, the state could elect to redevelop or sell either property,” Brennan said. “Both are located with stunning views of Lake Monona and would likely be attractive sites for redevelopment and increase of tax base for the local community.”

Highs Friday again will be around the normal lows for southern Wisconsin, and areas north and west of Madison are likely to see frost overnight, according to forecasters.

"There is something about gathering with a group of people that I think is impactful and powerful," said Dane County Board Chair Analiese Eicher.

The GOP plan essentially directs the Historical Society to find a location other than the block that now holds the state's General Executive Facility building, or GEF 1, DOA officials said.

In another dramatic twist, the Wisconsin Historical Society has a new site for a dynamic, $120 million standalone museum, returning to its ori…

The Wisconsin Historical Society's early concepts for a new $120 million museum show a four-story structure with a glass facade and a rooftop deck offering sweeping views to the State Capitol.

A preliminary concept for side-by-side Wisconsin Historical Society and Veterans museums on a redeveloped 200 block of East Washington Avenue. 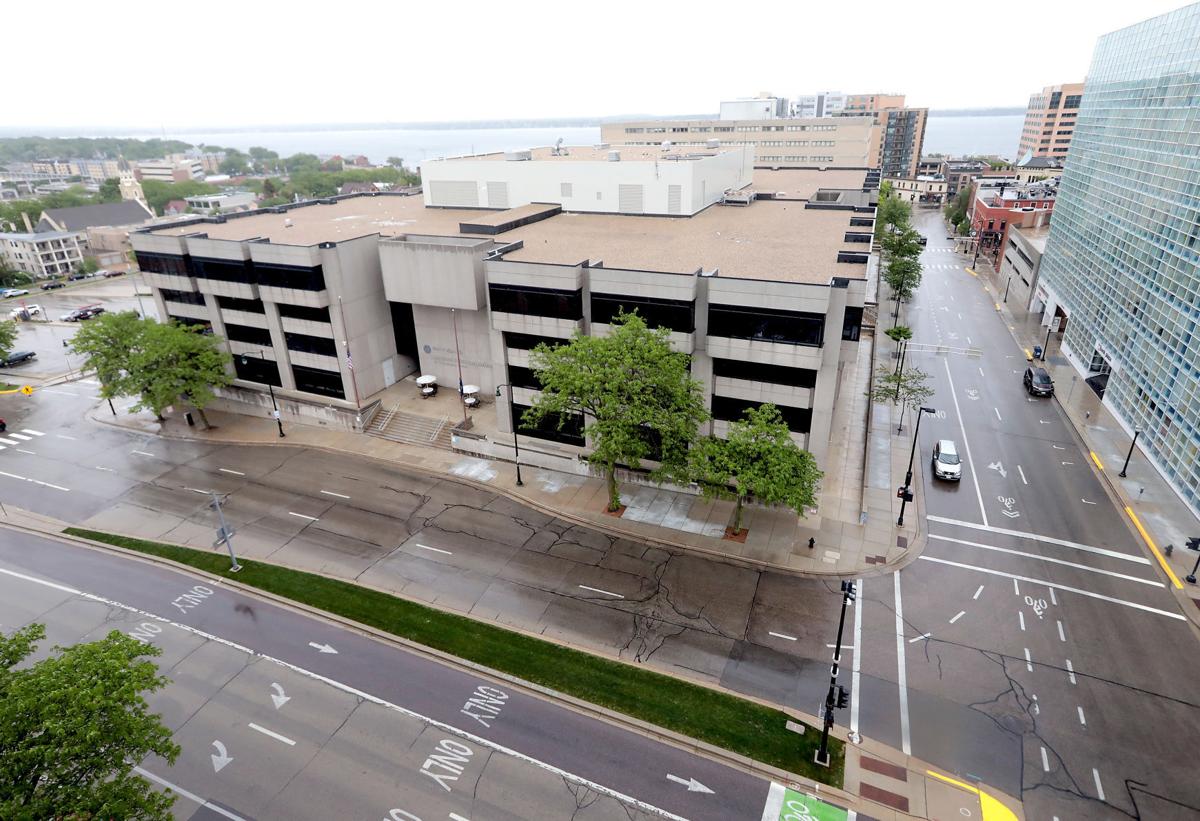 The GEF 1 building would be demolished to make way for the new museum building. 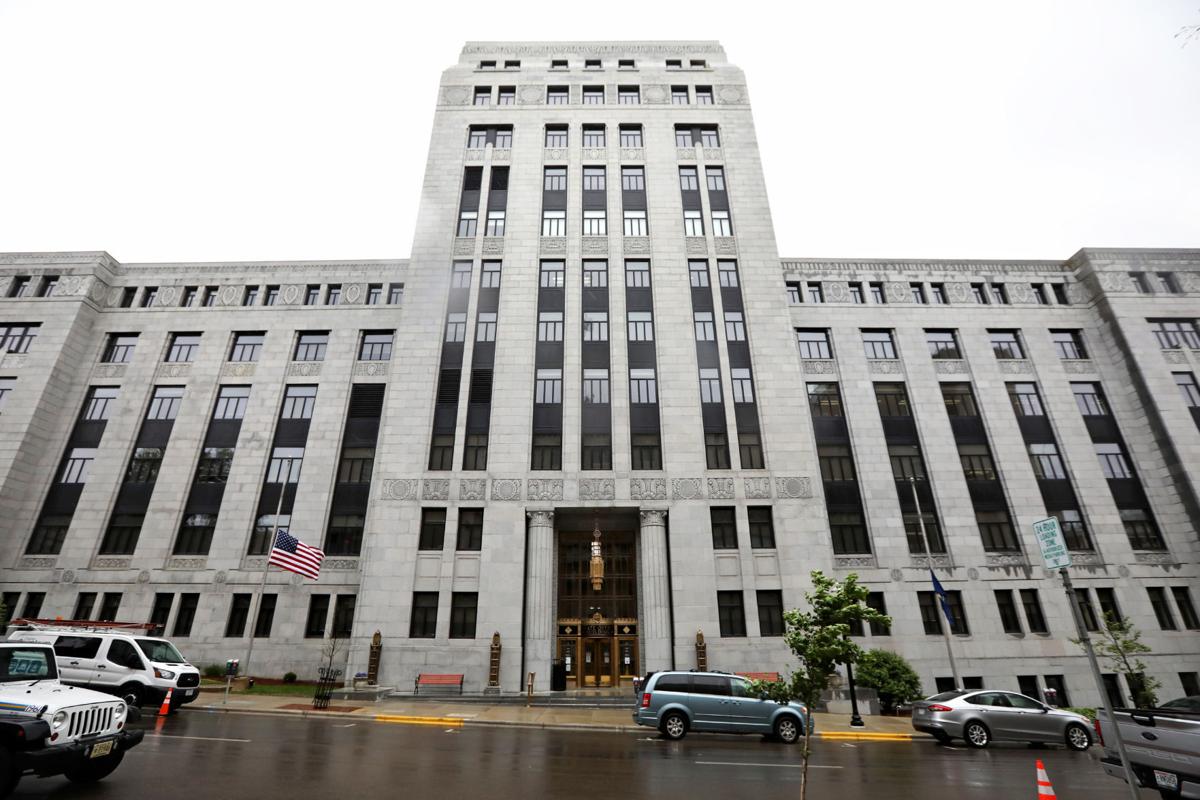 The Art Deco State Office Building at 1 W. Wilson St., which now houses the departments of Administration and Health Services, could eventually be sold if the state adopts a plan that would relocate employees to new facilities. 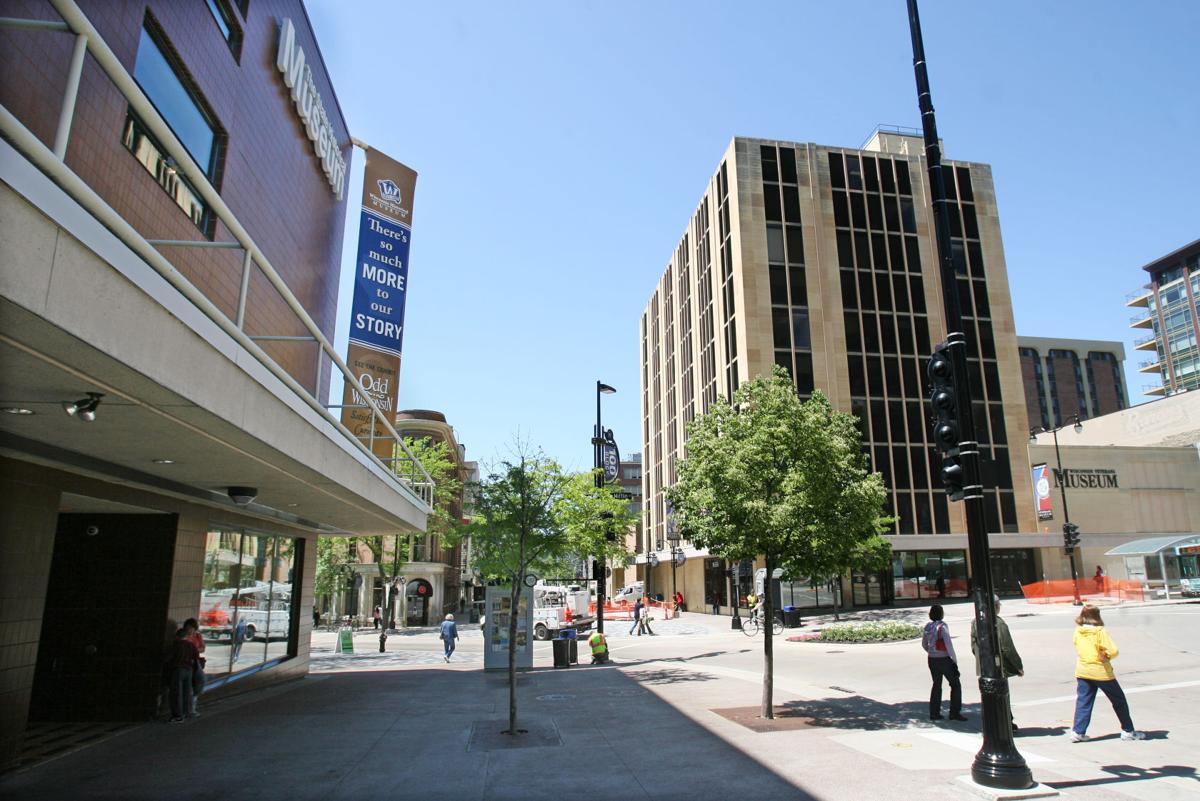 The current Wisconsin Historical Society and Veterans museums at the top of Capitol Square.