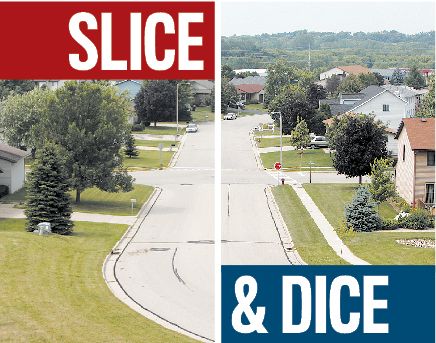 The GOP-led Legislature's proposed redistricting cuts through the village of DeForest, literally cutting a line down the middle of neighborhoods. Old Indian Trail serves as the boundary in this area, with the 37th District at left and the 42nd District at right 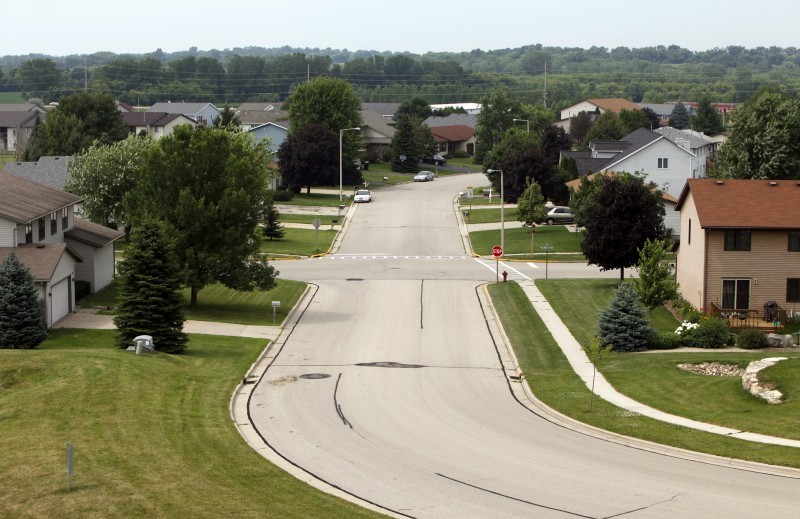 The GOP-led Legislature’s proposed redistricting cuts through the village of DeForest, literally cutting a line down the middle of neighborhoods. Old Indian Trail serves as the boundary in this area, with the 37th District at left and the 42nd District at right. 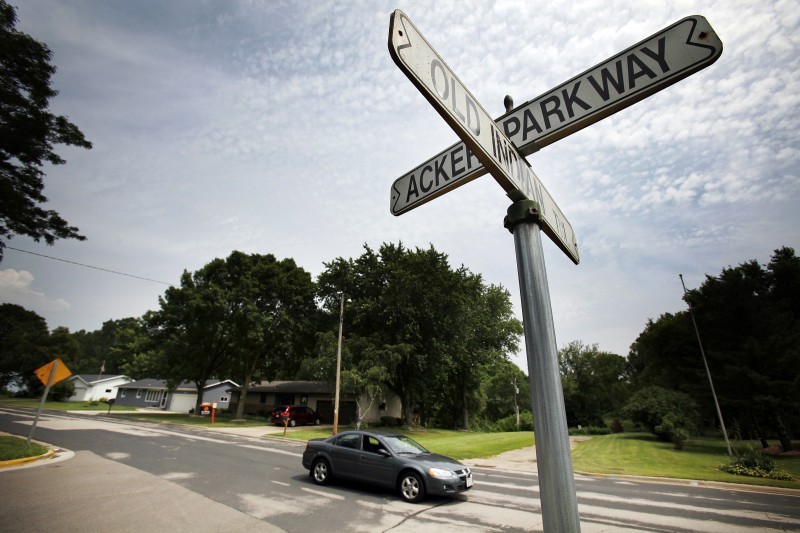 The intersection of Acker Parkway and Old Indian Trail in DeForest serves as one of the boundaries for a new set of controversial state Assembly district lines that cut up the traditionally linked communities of DeForest and Windsor.

TOWN OF WINDSOR — Anna Storkson lives on Oak Springs Road, a quiet neighborhood street in a tiny sliver of Windsor practically surrounded by the village of DeForest.

For as long as Storkson can remember, the odd locale has meant little when it came to representation in the state Legislature. The village of DeForest and surrounding town of Windsor share many of the same problems and, as such, share one member of the Assembly, representing the 47th District.

But that could change dramatically under the new redistricting maps debated in the Capitol the last few weeks. If signed by the governor, the Republican-authored bill would split Windsor into three Assembly districts (42nd, 37th and 79th) and DeForest into two (42nd and 37th).

Republican leadership is saying little specific about the new maps, other than to point to a sort of political butterfly effect; population changes in one place shift the map in such a way that odd things happen elsewhere.

But critics of the new maps say Republicans are ignoring some historic “communities of interest” in an effort to secure their power base. The state constitution stipulates that district lines be drawn to preserve such communities and keep districts as contiguous and compact as possible.

“There is absolutely no reason to split such small communities like DeForest and Windsor,” said Mike McCabe, director of the Wisconsin Democracy Campaign, a government watchdog group that recently released an alternative redistricting plan. “These kinds of changes are clearly politically motivated.”

The Republican-controlled Assembly approved the maps Wednesday night. Next stop is the governor’s desk, and then likely the courts.

The state Legislature is required to redraw Assembly, Senate and congressional districts after every 10-year census.

The new maps split 62 communities into multiple districts, up from 50 on the current map. Along with DeForest and Windsor, the new maps also split Marshfield, Beloit, West Allis, Clintonville, Racine and Kenosha.

Population changes force the Legislature to alter the map, and sometimes splitting communities is unavoidable, but the party out of power usually accuses the map’s authors of manipulating district lines for political gain.

Democrats have accused Republicans of manipulating the district lines in the area to protect a potentially vulnerable Republican. Rep. Keith Ripp, who lives in the town of Dane, won the seat by a razor-thin 23 votes in 2008. Though re-elected by a significant margin in 2010, Democrats have targeted Ripp’s seat as one they could reclaim in 2012.

Under the new map, Ripp would now represent the 42nd District, which has only a part of DeForest, along with a large section of rural farmland and smaller communities, traditionally more conservative. The rest of DeForest and Windsor, which have shown a slight Democratic tilt, would be separated into the 79th and 37th districts.

Rep. Sondy Pope-Roberts, D-Middleton, represents the 79th. The 37th District, as configured in the proposal, would not have a sitting representative.

“What will happen in DeForest is you will go from having one person represent a fairly contained group of people to having three people representing portions of that area,” said Joel Gratz, a Democratic political consultant who has analyzed the proposal. “Any way you look at it, DeForest and Windsor lose in that scenario.”

The office of Senate Majority Leader Scott Fitzgerald, R-Juneau, said Tuesday the changes were a necessary trade-off to get a lower population deviation between districts.

“The reality of drawing a line means that there are always going to be people on opposite sides,” said Andrew Welhouse, a Fitzgerald spokesman. “We aimed for compact, contiguous districts of equal population, that are constitutional and mindful of minority populations.”

This is not a new situation. Every 10 years the same arguments emerge, no matter the party in power. The state’s past three redistricting plans, which took place with divided leadership, were decided in court. Frustration over this situation led former state Rep. Spencer Black, D-Madison, to introduce legislation that would change Wisconsin’s to a nonpartisan system similar to Iowa’s.

There, an arm of the Legislature draws the maps, using computer programs to create compact, contiguous districts without regard to partisanship and incumbency. Lawmakers approve them with a straight vote. Amendments are not permitted.

Black, who retired in January after 26 years in the Assembly, proposed his bill five times, the last one in 2010. It never got any traction. Black’s successor, state Rep. Brett Hulsey, D-Madison, introduced a version of that plan this month.

“They’ve been doing it for 30 years in Iowa, and it seems to work fine,” Black said. “We waste a whole lot of money on this every 10 years. It’s time we stop this.”

Fitzgerald said the proposal meets all of the constitutional requirements. “Because of this, Wisconsin can avoid what’s happened in previous decades: partisan gridlock and long, expensive court battles costing millions of dollars,” he said.

A panel of federal judges in Milwaukee refused Thursday to wade into Wisconsin's political redistricting fight, rejecting a request to take over the process from lawmakers.

Republicans in control of the state Assembly passed a bill Wednesday redrawing political boundary lines in Wisconsin with no support from Democrats, who called it an unconstitutional plan that will not survive in court. The proposal, which passed the Senate on Tuesday also along party lines, now heads to Republican Gov. Scott Walker.

The area being cut into three Assembly districts has a slight Democratic tilt:

GOP redistricting maps passed 19-14 in the Senate on a party line vote. But Democrats signaled the redistricting fight is far from over.

Madison officials on Monday ripped Republicans in the state Legislature for imposing new political boundaries on municipalities that they say ignore long-standing ties within neighborhoods and will raise the cost of conducting elections.

As debate over drawing new maps for Wisconsin’s congressional and legislative districts rages on, Republican lawmakers now face criticism that their plans overstep the Legislature’s powers by requiring the state Supreme Court to create a panel to decide redistricting lawsuits.

The GOP-led Legislature's proposed redistricting cuts through the village of DeForest, literally cutting a line down the middle of neighborhoods. Old Indian Trail serves as the boundary in this area, with the 37th District at left and the 42nd District at right

The GOP-led Legislature’s proposed redistricting cuts through the village of DeForest, literally cutting a line down the middle of neighborhoods. Old Indian Trail serves as the boundary in this area, with the 37th District at left and the 42nd District at right.

The intersection of Acker Parkway and Old Indian Trail in DeForest serves as one of the boundaries for a new set of controversial state Assembly district lines that cut up the traditionally linked communities of DeForest and Windsor.