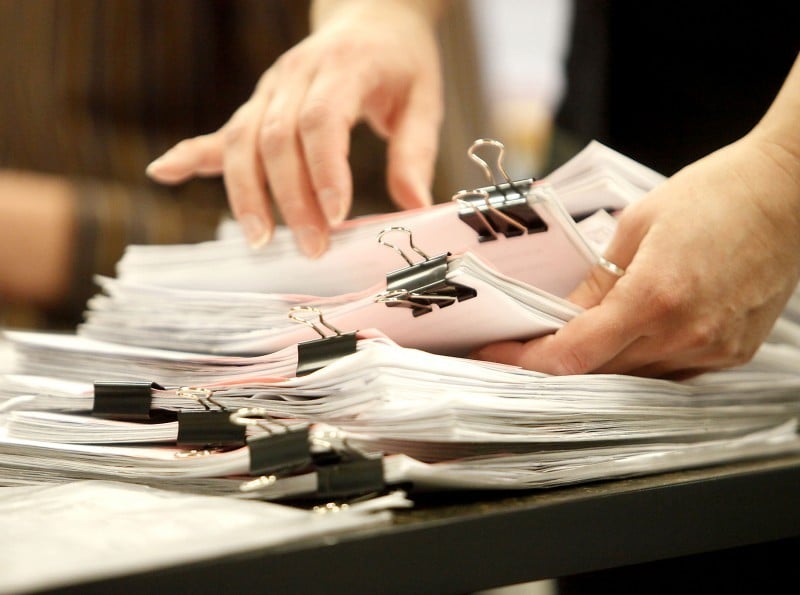 The state Government Accountability Board is inundated these days as the agency deals with an unprecedented number of recall elections. So far officials have submitted recall signatures for eight senators — five Republicans and three Democrats. 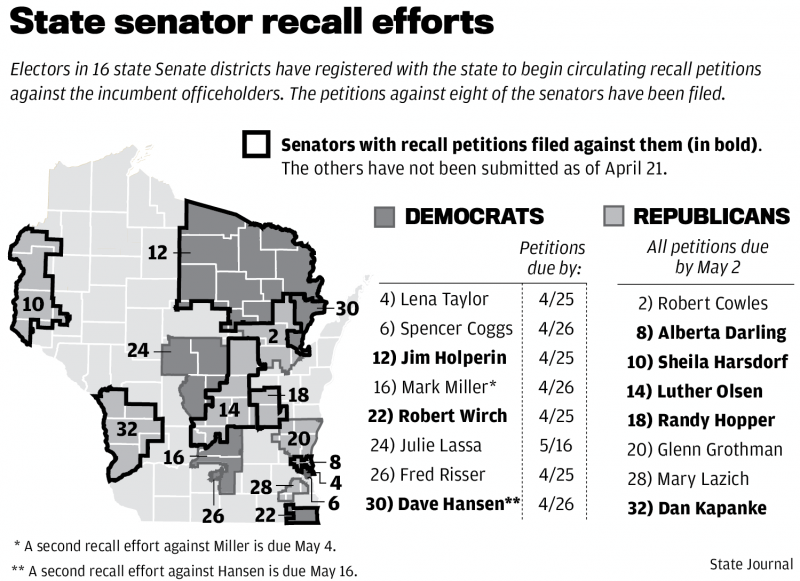 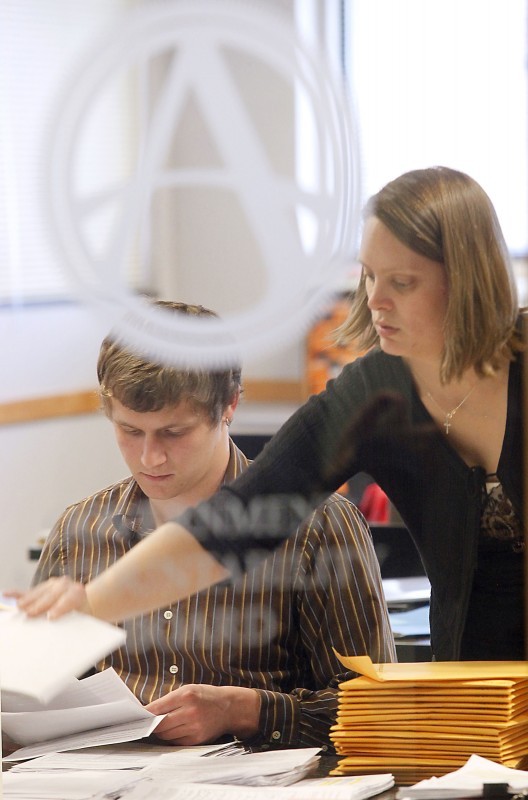 Workers inside the Government Accountability Board, including Gregor McNish and Angela Steinhauer, sort through thousands of recall petitions submitted to the office in recent weeks. Sixteen senators are eligible for recall.
CLAY BARBOUR | | 608-252-6129

The third-floor offices of the Government Accountability Board are a blur of activity these days as the state’s election watchdog works through an unprecedented number of recall petitions.

On Thursday, the busiest day in what has become the busiest recall year ever, officials submitted the signatures for four state senators.

The filings push GAB deep into uncharted waters. The agency has never dealt with more than a single recall election at one time. But after Thursday, it now faces eight — a number that could easily grow by mid-May, the last deadline for the remaining eight senators targeted with recalls.

Meanwhile, the agency is preparing to conduct a recount of this year’s state Supreme Court election.

“It’s supposed to be slacking off now, but it isn’t,” said GAB spokesman Reid Magney. “Not this year.”

The tumultuous atmosphere that led to the current recall frenzy started with the introduction of Gov. Scott Walker’s controversial budget repair bill. The law, which would severely curb collective bargaining for public employees if it survives a court challenge, led to weeks of protests at the Capitol and a slew of recall efforts against Democrats and Republicans.

Officials are unsure how long it will take to prepare for the recalls, how much the process will cost and how many workers are needed to pull it off.

The agency has requested $40,800 from the Legislature’s Joint Finance Committee to pay for additional supplies and temporary workers to handle the workload.

The process is labor-intensive. Working behind closed doors, a handful of workers are poring line by line over thousands of names and addresses in an effort to validate recall petitions.

GAB workers give the petitions a “facial exam,” making sure the dates are correct and names have signatures and addresses. They don’t, however, confirm that a person lives at the listed addresses. That job falls to the campaigns of the candidates being recalled, which are expected to challenge the signatures.

The board has 31 days to review the petitions after they’re filed. But it plans to go to court next week to request an extension to allow for more time to handle the counts and attempt to synchronize the recalls so as many elections as possible can occur on the same day.

A recall effort targeting two Democratic state senators has fallen short at the deadline. Organizers had until Monday afternoon to turn in petitions to recall Sen. Lena Taylor of Milwaukee and Sen. Fred Risser of Madison. But the organizers failed to meet the deadline.

Organizers have come up short on recall efforts of two Democratic senators targeted after leaving the state in protest of Gov. Scott Walker's anti-union bill.

Organizers for the committee to recall Sen. Glenn Grothman of West Bend say in a statement that they collected only 15,000 signatures by the Monday deadline. Organizers needed at least 20,000 valid signatures to trigger a recall election.

OSHKOSH — The University of Wisconsin-Oshkosh says it has taken "corrective action" after a professor was accused of urging students to sign a recall petition during class.

Wisconsin recall organizers Thursday added three Democratic state senators and one GOP senator to the list of lawmakers in line for recall elections over their opposition to or support of Republican Gov. Scott Walker’s law curtailing collective bargaining rights for public employees.

The state Government Accountability Board is inundated these days as the agency deals with an unprecedented number of recall elections. So far officials have submitted recall signatures for eight senators — five Republicans and three Democrats.

Workers inside the Government Accountability Board, including Gregor McNish and Angela Steinhauer, sort through thousands of recall petitions submitted to the office in recent weeks. Sixteen senators are eligible for recall.
© Copyright 2021 Madison Media Partners Inc., madison.com , 1901 Fish Hatchery Rd Madison, WI | Terms of Use | Privacy Policy
Powered by BLOX Content Management System from TownNews.com.
You don't have any notifications.