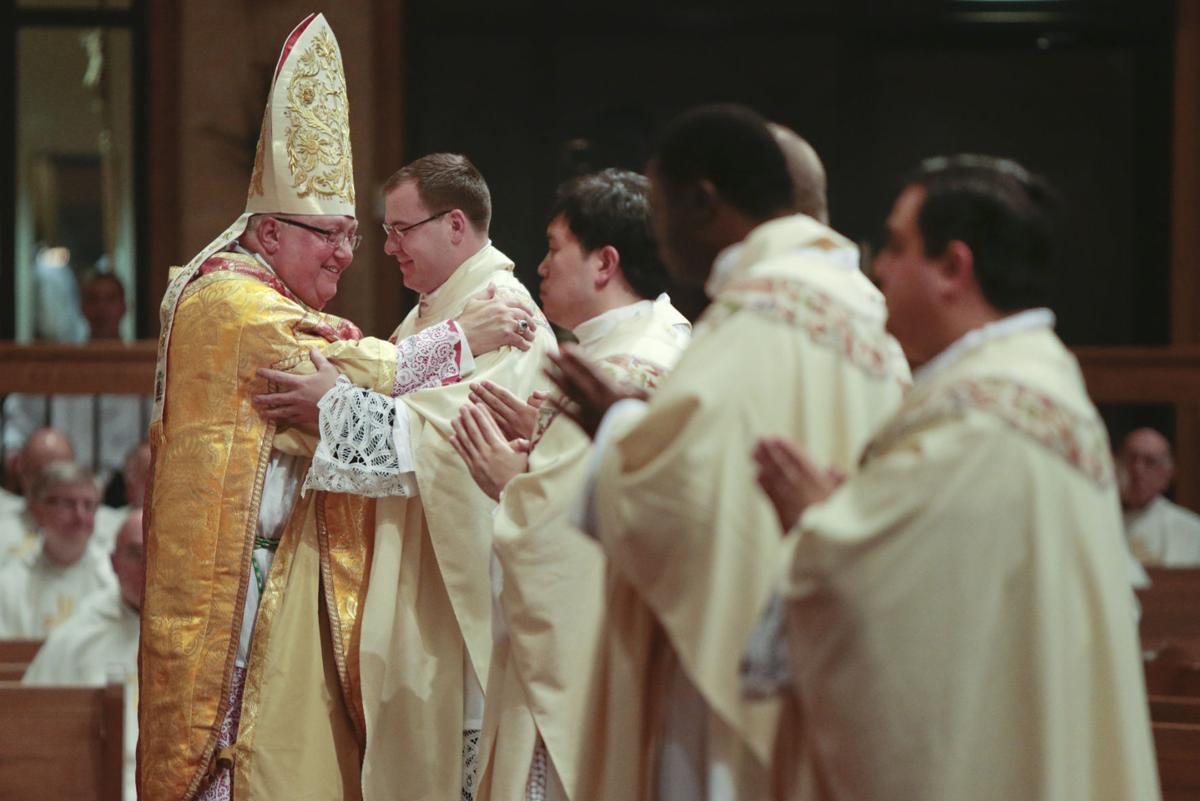 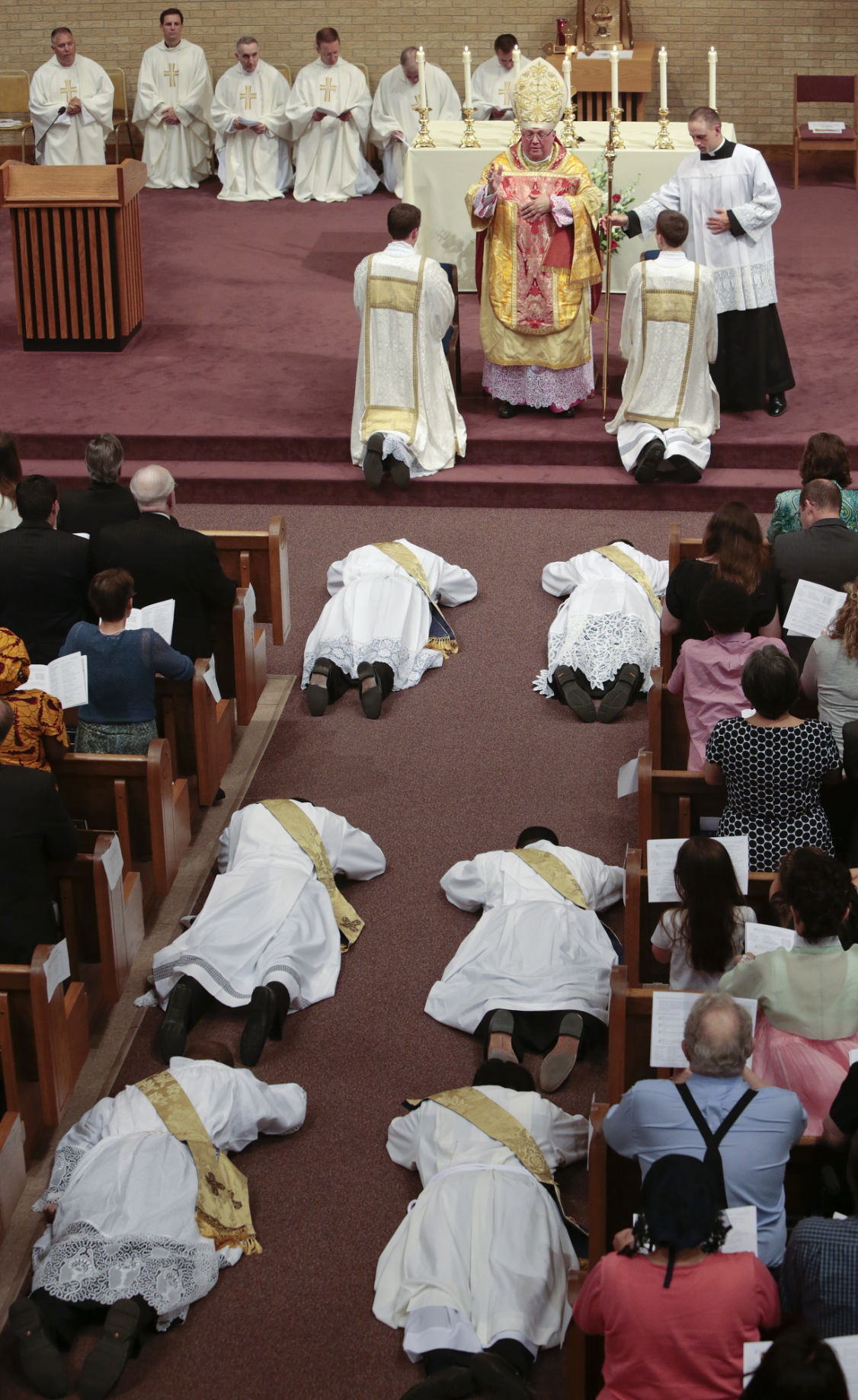 A $30 million campaign by the Madison Catholic Diocese for money to train future priests greatly exceeded its goal, bringing in pledges of $43.7 million, according to the diocese.

The just-ended effort was the first diocesanwide capital campaign in more than 50 years.

Church officials attribute the robust response to several factors, including the intrinsic value parishioners place on seminarians, or priests-in-training. Parish priests are considered the lifeblood of the church, though their numbers nationally are down sharply from the peak years in the 1970s.

The campaign’s slogan was “The Church is Alive!”

“I almost think it was like the people of the diocese had a chance to give a great ‘Amen!’ to their beliefs,” said Monsignor Daniel Ganshert of St. Joseph’s Catholic Church in Dodgeville.

The campaign was helped by a built-in incentive allowing parishes to keep a portion of the money collected if they exceeded their individual fundraising targets. About 90 percent of parishes exceeded the target goals and will be getting a “rebate,” said Monsignor James Bartylla, the diocese’s second-in-command.

Many parishes plan to use the money for building maintenance or to retire debt from prior upgrades, he said.

The diocese encompasses 134 parishes and worship sites in 11 counties. It has about 140 active and retired priests.

The campaign became a necessity because, unlike many U.S. dioceses, Madison has had considerable success recruiting seminarians. Bishop Robert Morlino made priestly vocations — the spiritual call to serve — a priority upon his arrival in 2003.

Last year, the diocese had 33 men studying to be priests. In June, six of them became priests, the largest ordination class in the diocese in 42 years.

“It’s a nice problem to have,” Bartylla said. “We’ve got the men, now we need the funds to support them.”

Nationally, there were 59,192 priests in 1970, according to the Center for Applied Research in the Apostolate at Georgetown University. This year, there are 37,578.

The Madison Catholic Diocese picks up much of the tab for a priest’s training, which typically can cost $250,000 to $300,000. Diocesan priests must attain the equivalent of an undergraduate degree in philosophy, followed by a graduate degree in divinity from a Catholic theology school.

A $30 million endowment should produce enough interest income to cover the diocese’s annual costs to run its vocations program for a long time, Bartylla said.

While reaching just the $30 million fundraising goal would have been satisfying, in reality, the diocese needed to exceed that amount in order to end up with a $30 million endowment, he said.

That’s because there were costs to run the campaign, and because the rate of collection can be less than the amount pledged, Bartylla said. Parishioners were asked to pledge over a five-year period. People’s lives can change during such a period due to such events as job losses, illnesses or death, he said.

Also, a significant portion of the pledged amount will be returned to individual parishes because they exceeded their fundraising goals.

When all is said and done, the actual size of the diocesan endowment for seminarian training probably will be around $32 million, Bartylla said. Donors were assured that the money would be used only to train priests, he said.

Individual parish goals were based on a church’s size and the recent giving trends of its members.

St. Francis Xavier Catholic Church in Cross Plains, with about 900 families, was among the high achievers. Its members pledged $1.3 million, nearly double the parish’s target of $680,000.

“There was a bit of parish pride involved — you didn’t want to be the one not to make your goal,” said its priest, the Rev. Tom Kelley.

More broadly, “I think, in general, people really do love their priests, and they certainly knew they wanted to support this cause,” he said.

Beyond the effort’s financial success, there was value in bringing people together for a central cause, Bartylla said.

“You wouldn’t necessarily think that trying to raise money would unify people, but it did,” he said.

Madison Catholic Bishop Robert Morlino has directed priests to move the tabernacle to the front of the sanctuary.

St. Paul's University Catholic Center is to be replaced with a larger facility.

Wadas has been hired as executive director of the Wisconsin Catholic Conference, based in Madison.

The class also is the most diverse in the diocese's history, with the six seminarians hailing from four continents.