As the CEO of Madison Boats, Tyler Leeper is “highly invested” in ensuring the many water bodies that define Madison stay healthy.

Since the 1960s, the lakes and streams shaping the Madison landscape have been getting saltier, with one clear front-runner — Lake Wingra. Wingra, the drainage basin for much of Madison’s West Side, has a chloride concentration of over over 100 milligrams per liter. While chloride concentrations in Lake Wingra are just over one-quarter of the state surface water standard, the levels continue to rise, increasing 200% since the 1980s.

The majority of the chloride entering Madison lakes comes from road salt, an issue the city has been trying to address since the late 1970s through reduced salt-use and de-icing alternatives.

A lesser-known culprit in the salting of Wisconsin waterways is the common water softener. Allison Madison, coordinator for Wisconsin Salt Wise, said the salt put in water softeners goes straight down the drain to the sewage treatment plant. Most people may assume the sodium and chloride ions are then filtered out, but Madison said the ions are far too small. The only way to remove the ions would be through reverse osmosis, a process that is both financially and energetically expensive. In Dane County, the waste water treatment plant discharges into Badfish and Badger Mill creeks, which connect to the Sugar River and, eventually, the Mississippi.

“It all goes to our water. It is a permanent pollutant so it doesn’t biodegrade at all and concentrations are increasing,” Madison said. “Instead of just putting it down and thinking more is better, we really need to only use salt as needed.”

Using salt as needed means upgrading and optimizing water softeners. In Southern Wisconsin, where groundwater is hardened after sitting in limestone, many rely on water softeners. Soft limestone formations dissolve into aquifers, filling water with minerals that calcify and cause buildup on pipes.

Madison said households that want to maintain soft water while reducing salt use should trade out their softener if it is more than 15 years old. Older water softeners are often timer-based, regenerating and emptying the tank after a few days, regardless of how much water is used. Madison said the timer model is highly inefficient, using far more salt and water than necessary.

“It would be like emptying your gas tank every Sunday regardless of how much gas is used, you just dump your gas out and you refill the tank,” Madison said.

Newer water softeners regenerate based on use. Madison said water softeners can even be calibrated to a specific regional water hardness, using less salt in areas with softer water.

The Madison Metropolitan Sewerage District is currently piloting a water softener efficiency program in the town of Dunn, McFarland and Pleasant Springs Sanitary districts. The program will evaluate residents’ water softeners and, if necessary, provide a discount on an upgrade. Madison said if the program is a success, it might be expanded to other local sanitary districts.

Despite recent efforts to raise awareness about the impact of water softeners, the issue is still “invisible” to many, said Casey Hanson, executive director of Friends of Lake Wingra.

“You don’t experience the direct consequence of what is happening,” Hanson said. “Chlorides are increasing, but I can’t see it, I can’t taste it, I don’t see all of these dead fish coming up onto the shore.”

Madison residents might not feel the direct impacts of increased chloride levels yet, but groundwater infiltration could cause tap water to taste salty in the not-so-distant future.

The journey of aquatic pollutants is often associated with stormwater runoff and sewer systems, but in Lake Wingra, much of the chloride comes from beneath. Salt permeates the soil and enters groundwater, eventually polluting the many natural springs that feed the lake.

Salty soil also means higher chloride concentrations in Madison wells and eventually household drinking water. Salt infiltration has been observed at five of Madison’s 22 drinking water wells. Water begins tasting salty to most people when chloride levels reach about 250 milligrams per liter, a threshold Madison Water Utility said Well 14, which serves Madison’s West side, could reach in the next 15 years.

While chloride does not impact human health, it can completely alter aquatic life. Madison said chloride can kill zooplankton, the organism that eats algae — including the toxic blue-green algae that frequently shuts down activities on area lakes.

Chloride can also interfere with essential lake processes, Madison said. Several times a year, the top and bottom layers of lakes mix, sending oxygen-rich water from the surface down below. Chloride weighs water down, creating dense low-lying layers that refuse to mix. The interruption of seasonal mixing can create “dead zones” at the bottoms of lakes where there is no oxygen and little aquatic life.

Not even the city’s built environment is safe from the effects of salt. Chloride makes water more corrosive, damaging bridges, roads and the insides of buildings, if it’s tracked in on shoes.

While Dane County has seen increasing algal blooms and some damaged infrastructure, the more noticeable impacts of salt have yet to come down the pike.

“It might be a matter of noticing what that specific canary in the coal mine is for Lake Wingra, but at that point it might be too late,” Hanson said. “It’s like trying to steer a cruise liner — you can’t just flip a switch that quick.”

Wisconsin Salt Wise is trying to bring the issue of salt to the places it impacts most — out on the water.

Last year, Madison commissioned local artist Hannah Sandvold to adorn an old water softener with an idyllic scene of people boating across Lake Wingra. The art piece, which can now be found at the Wingra Boathouse, included information about rising chloride levels.

Building on the project, Madison collected three used water softeners, emptied the brine tanks and filled the bottoms with just the right amount of concrete. Wingra Boats employees then painted the recycled softeners with the Wisconsin Salt Wise URL and placed them in Lake Wingra. The softeners now resemble buoys, with the Salt Wise website visible right above the waterline.

“The hope is that it catches someone’s eye and they’re curious,” Madison said. “We need to be talking about salt if we want to start seeing changes.”

Changes may need to happen fast. Hanson said Friends of Lake Wingra would like to see the chloride concentration in the lake drop to 40 milligrams per liter, less than half of the current concentration. Reducing chloride concentrations can be difficult as it does not biodegrade. The only hope is to dilute levels through rain and lake outflow.

Tackling chloride will take communitywide advocacy that goes beyond individual watersheds because the flow of pollutants doesn’t stop at county or even state boundaries, Hanson said.

“It requires a new way of thinking about water,” Hanson said. “I think there’s a general shift happening in the water community where people are trying to break down these silos that they operate in ... realizing they’re all connected.” 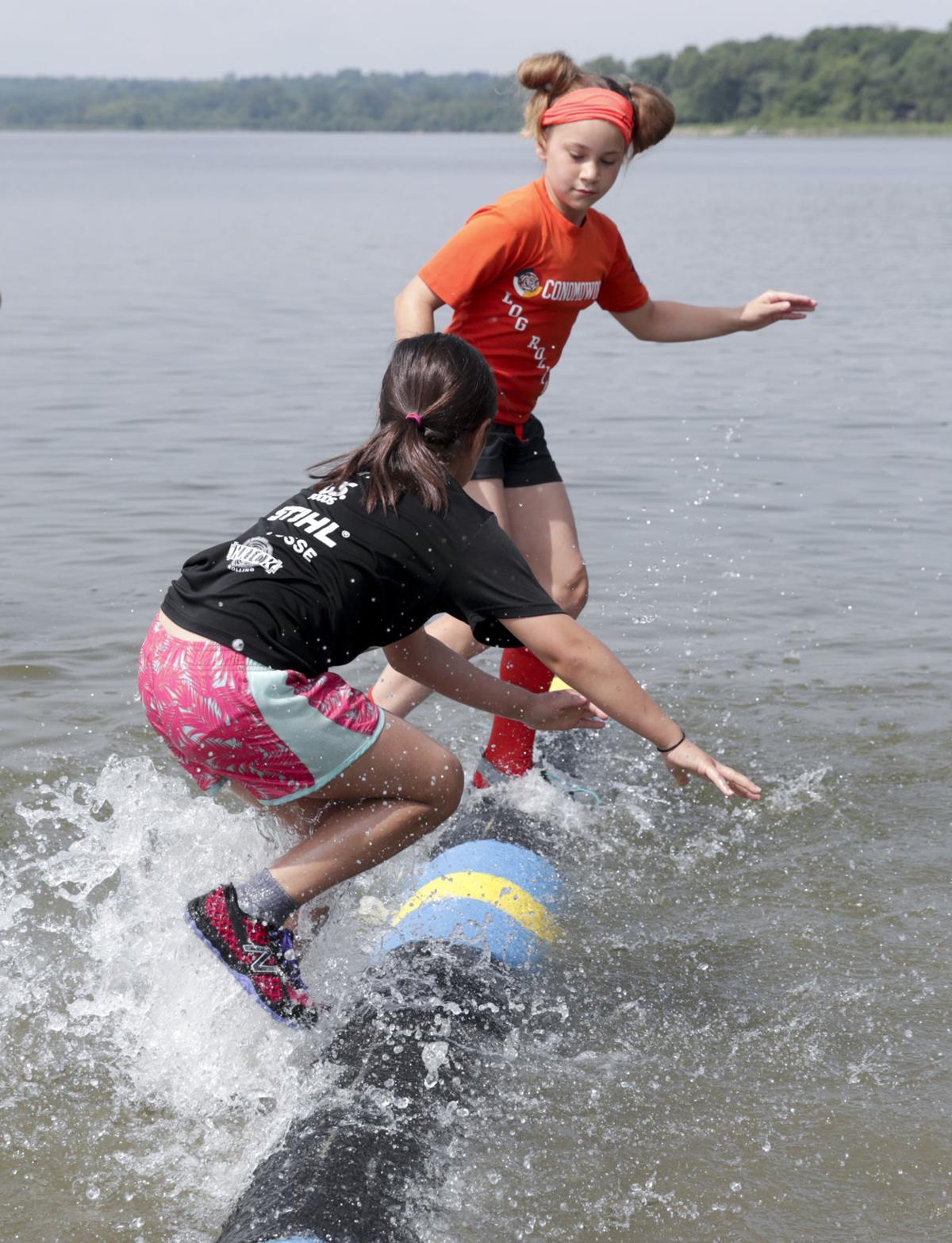 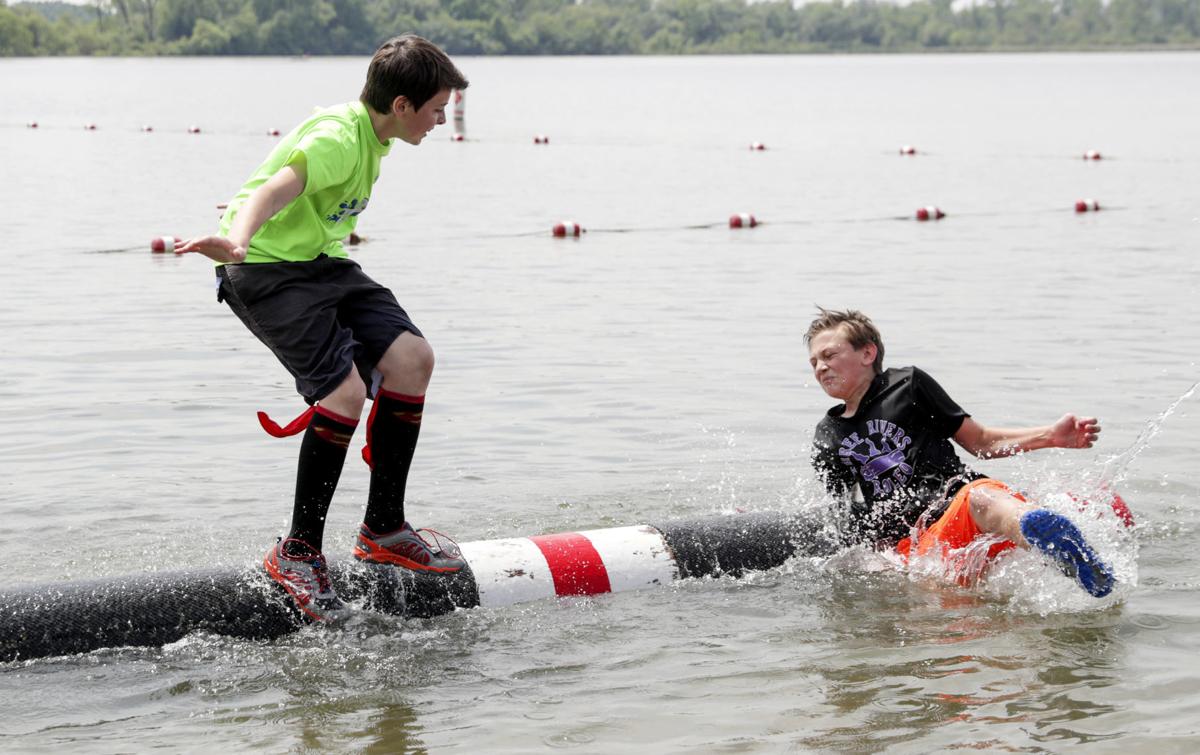 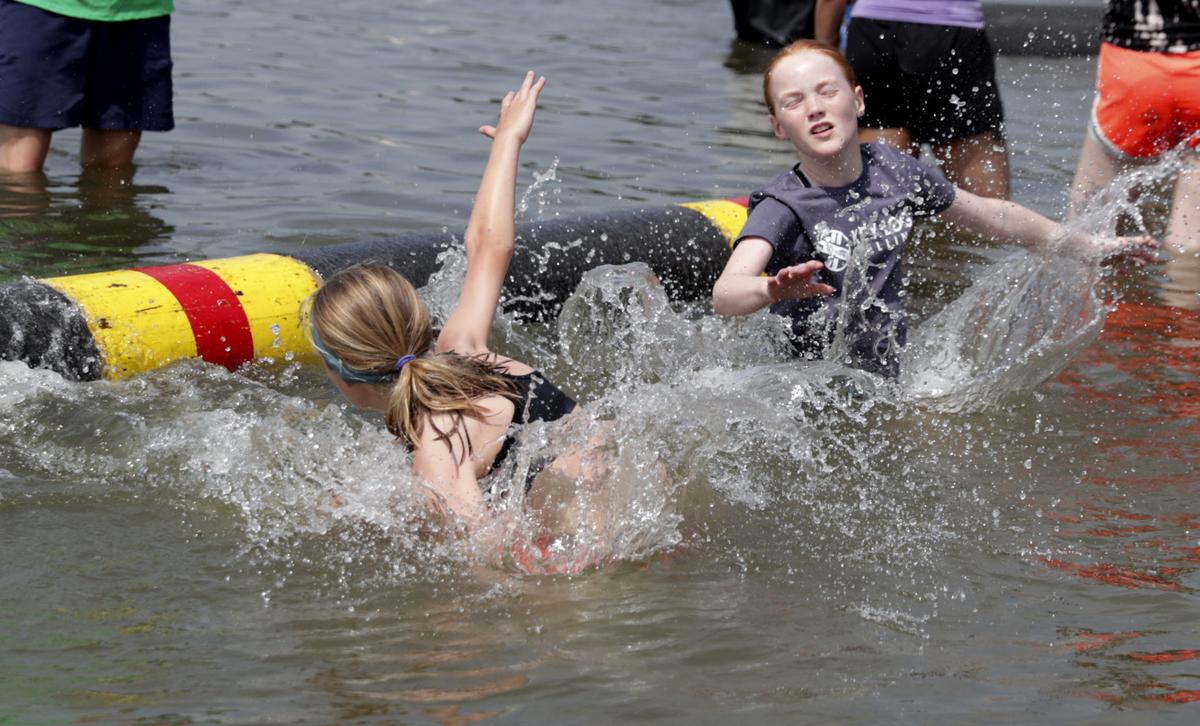 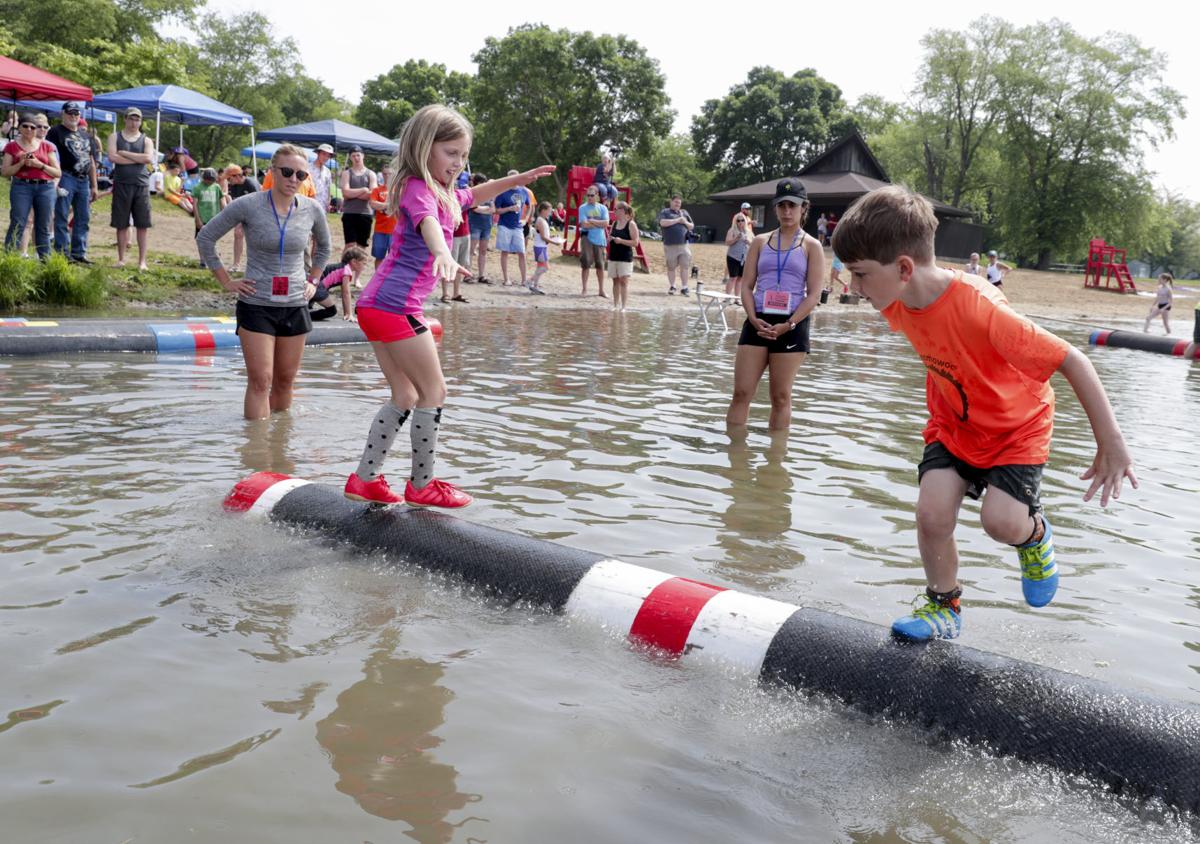 Briella Joas, 8, left, and Mason Roehl, 7, compete in the Under seven coed division. Both are from Oconomowac The Midwest Log Rolling Championship was held June 9, 2018 at Vilas Beach in Madison, Wisconsin. STEVE APPS, STATE JOURNAL 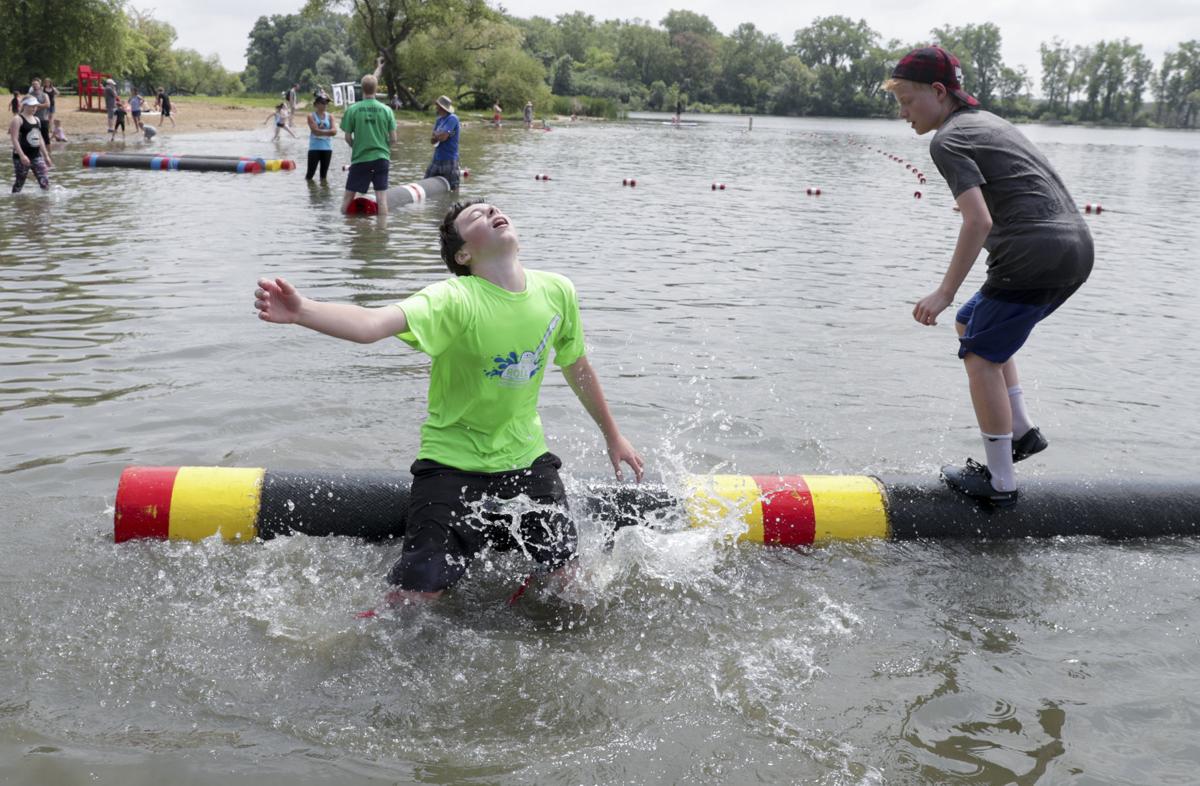 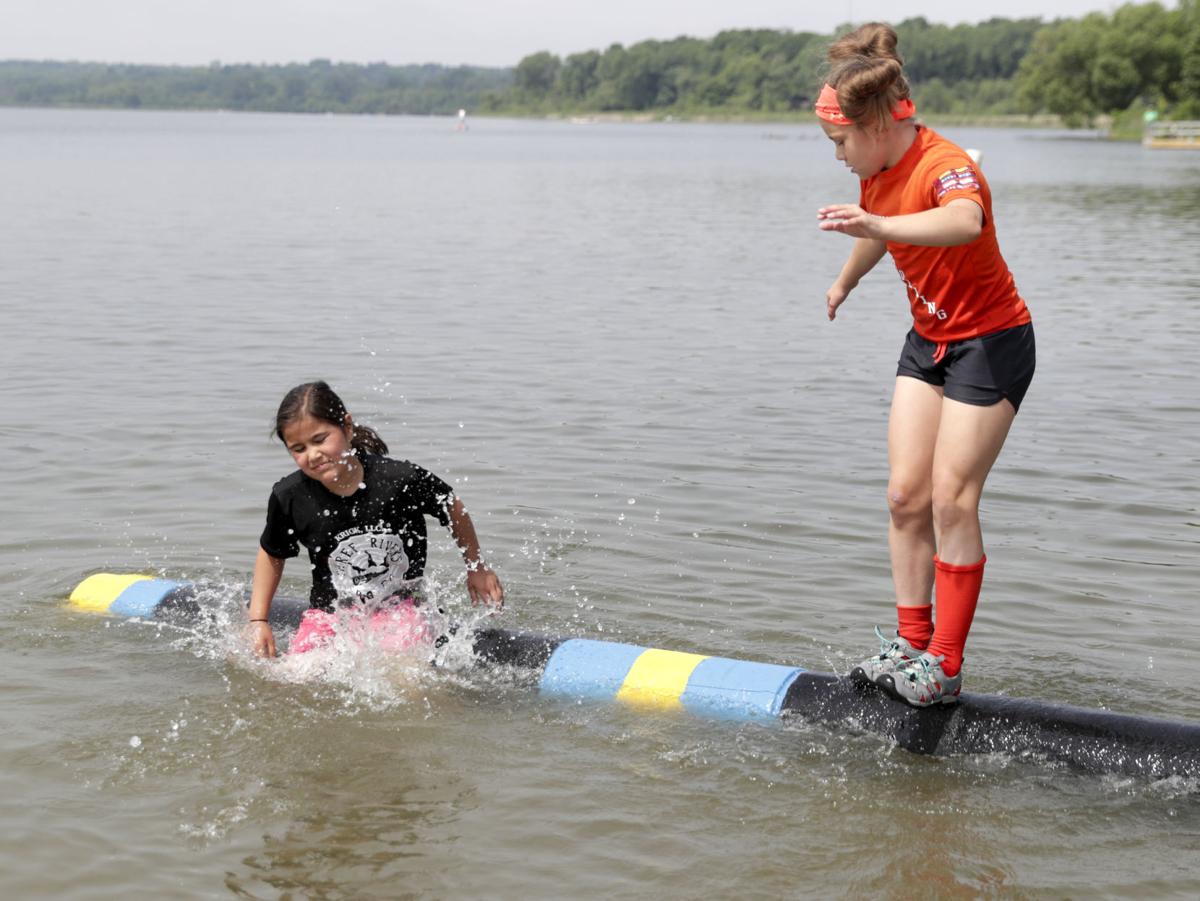 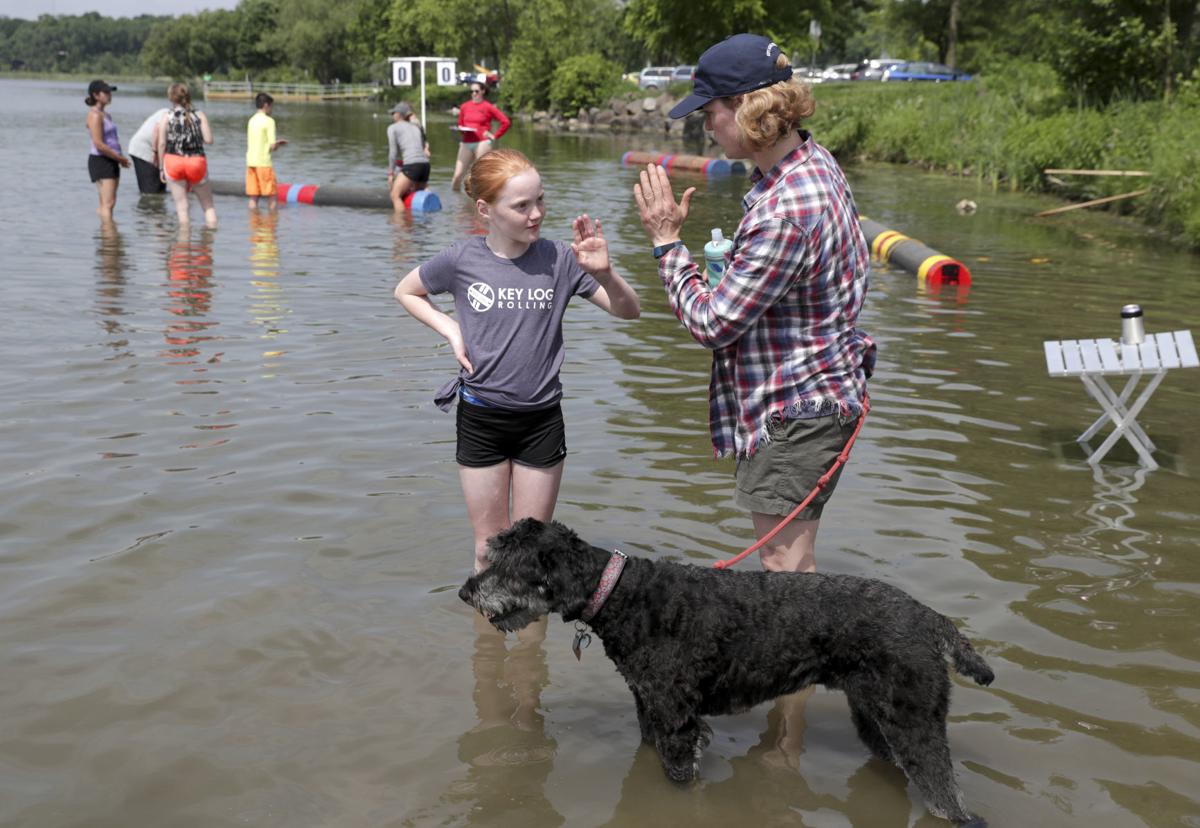 Julie Colby, right, Minneapolis, talk to her daughter Suzanna Priest, 11, during a break in the Thirteen and Under category. The Midwest Log Rolling Championship was held June 9, 2018 at Vilas Beach in Madison, Wisconsin. STEVE APPS, STATE JOURNAL 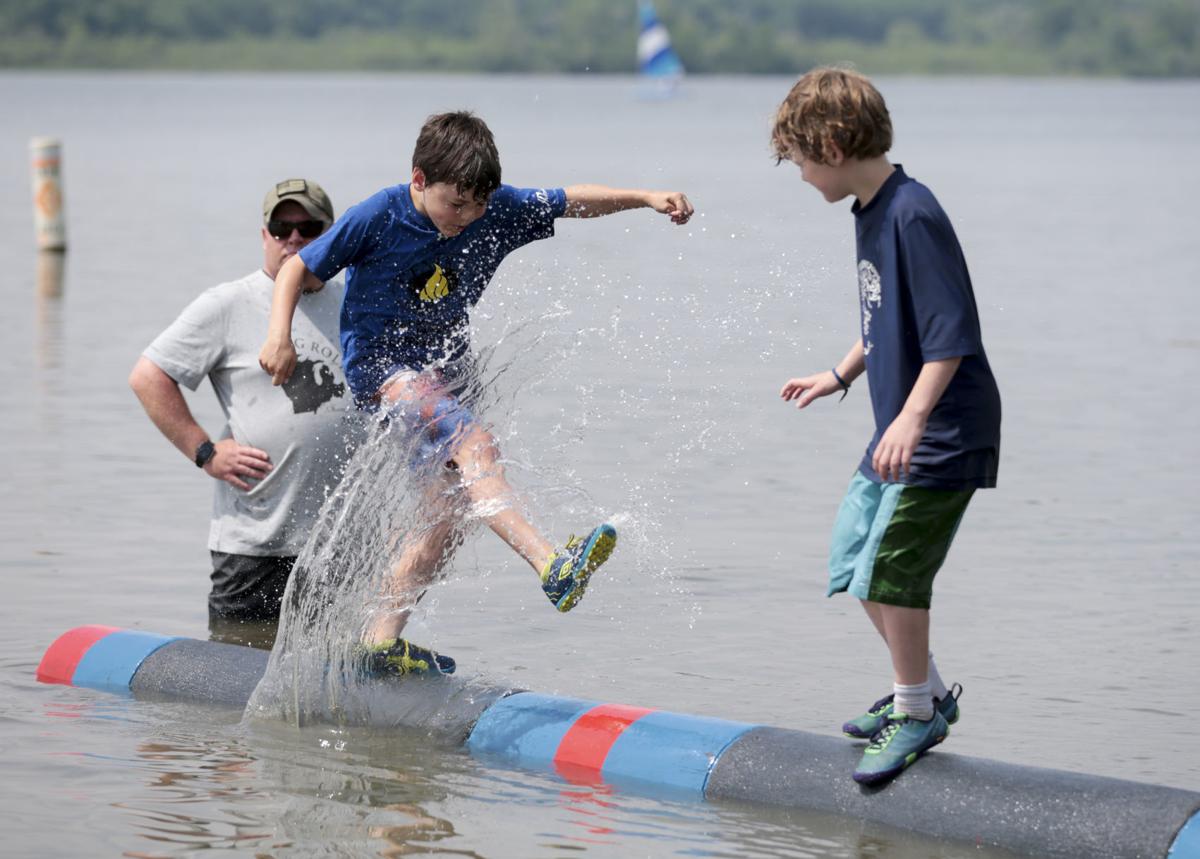 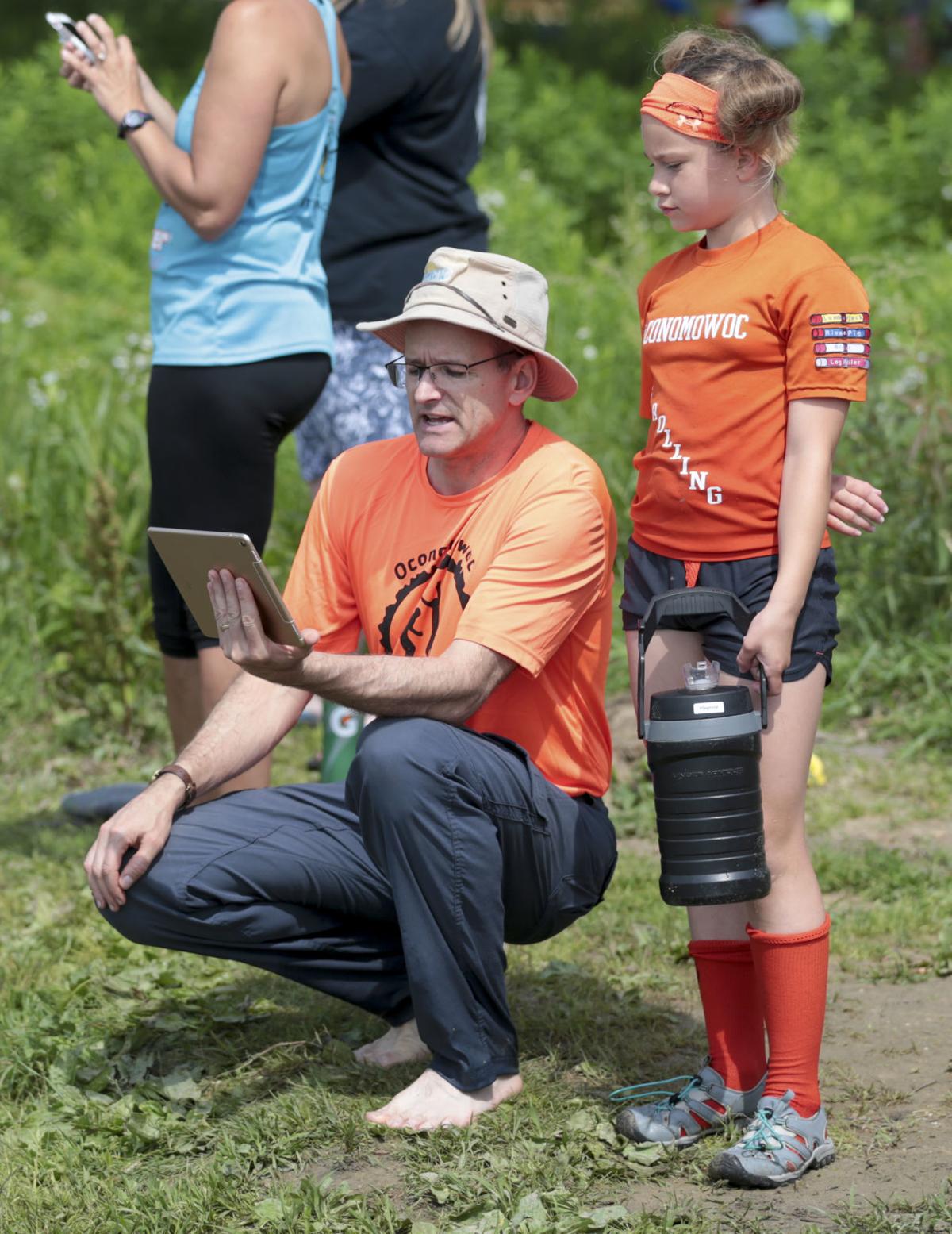 Libby Magnone, Oconomowac, right, talking to her coach John Hallett during a break in the Girls Ten and Under competition. The Midwest Log Rolling Championship was held June 9, 2018 at Vilas Beach in Madison, Wisconsin. STEVE APPS, STATE JOURNAL 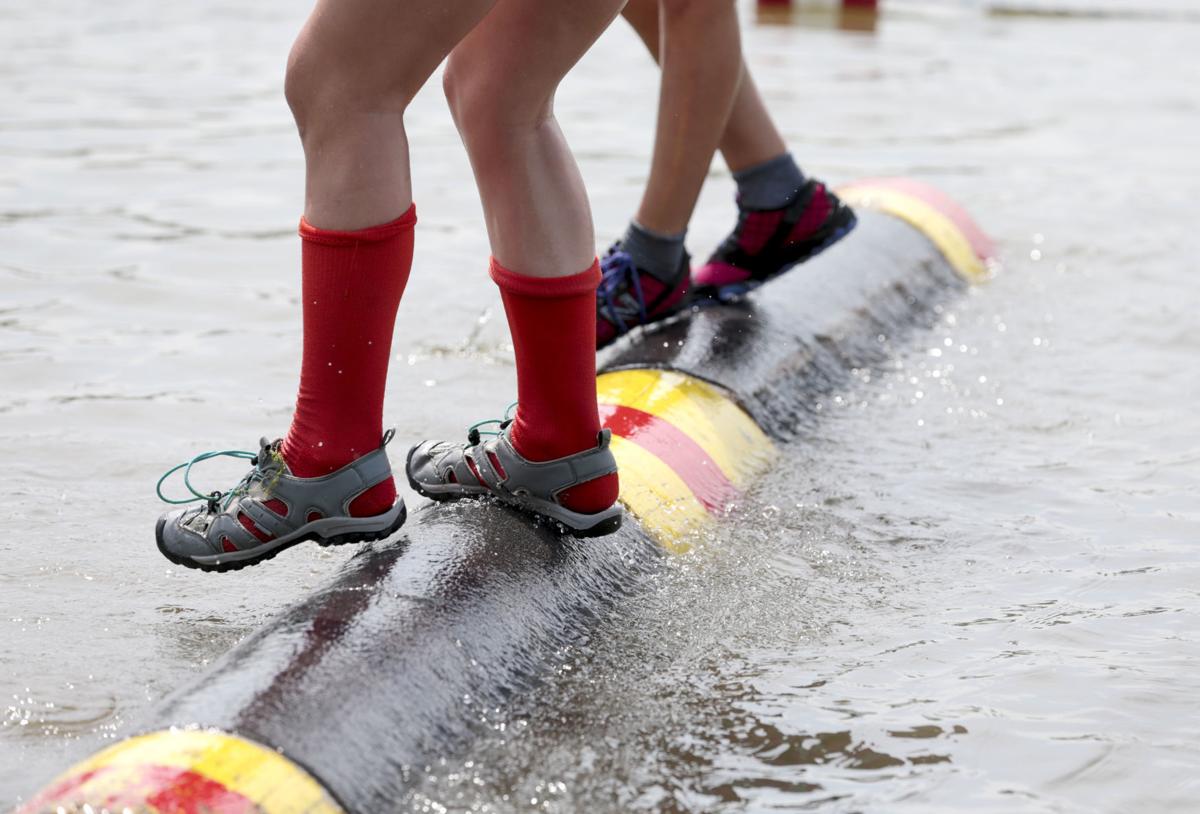 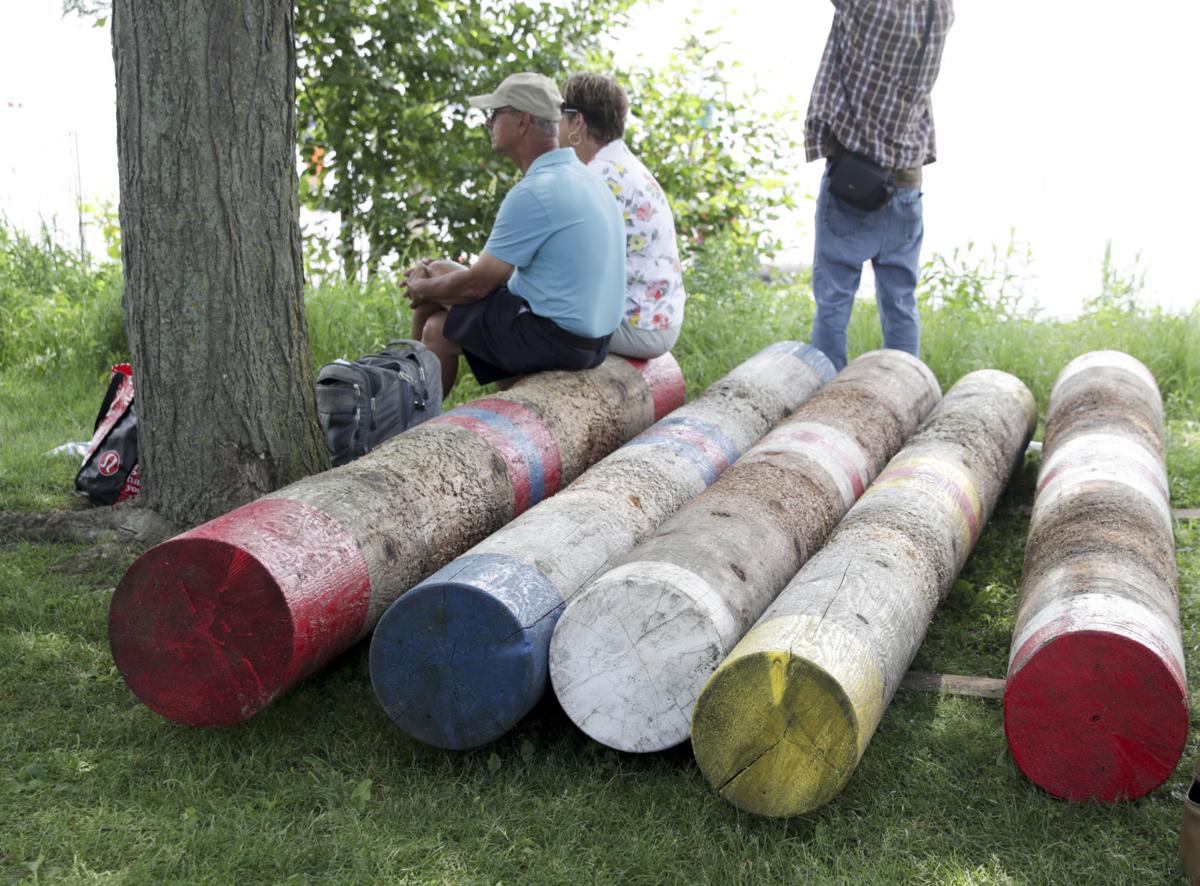 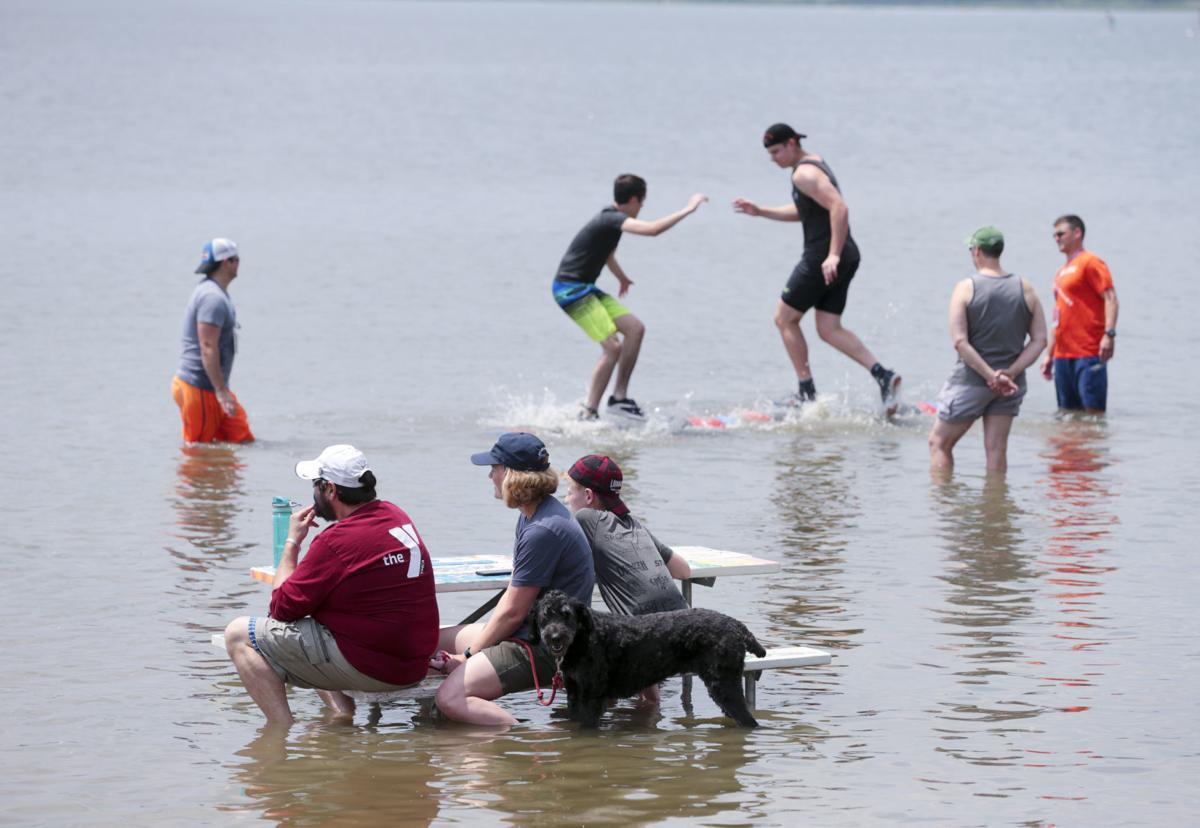 Briella Joas, 8, left, and Mason Roehl, 7, compete in the Under seven coed division. Both are from Oconomowac The Midwest Log Rolling Championship was held June 9, 2018 at Vilas Beach in Madison, Wisconsin. STEVE APPS, STATE JOURNAL

Julie Colby, right, Minneapolis, talk to her daughter Suzanna Priest, 11, during a break in the Thirteen and Under category. The Midwest Log Rolling Championship was held June 9, 2018 at Vilas Beach in Madison, Wisconsin. STEVE APPS, STATE JOURNAL

Libby Magnone, Oconomowac, right, talking to her coach John Hallett during a break in the Girls Ten and Under competition. The Midwest Log Rolling Championship was held June 9, 2018 at Vilas Beach in Madison, Wisconsin. STEVE APPS, STATE JOURNAL

Madison has struggled with rising chloride levels in its lakes since road salt use began in 1959, and the Madison water utility says groundwater infiltration could cause tap water to taste salty within the next 15 years.

As salt prices climb, Wisconsin looks to brine for a cheaper, better solution

The cost of salt, which represents 40% of the state's winter maintenance budget, has grown from less than $30 per ton in 2000 to nearly $78 per ton this year — marking a 167% increase over the last two decades.

The victim of Friday's fatal crash in Green County was identified as 25-year-old Tyler H. Hodgson.

Watch now: More people using 'green' burials to return to the earth when they die

"It removes the industry out of the industrial burial process that we have … it's more emotionally satisfying than that conveyor belt." 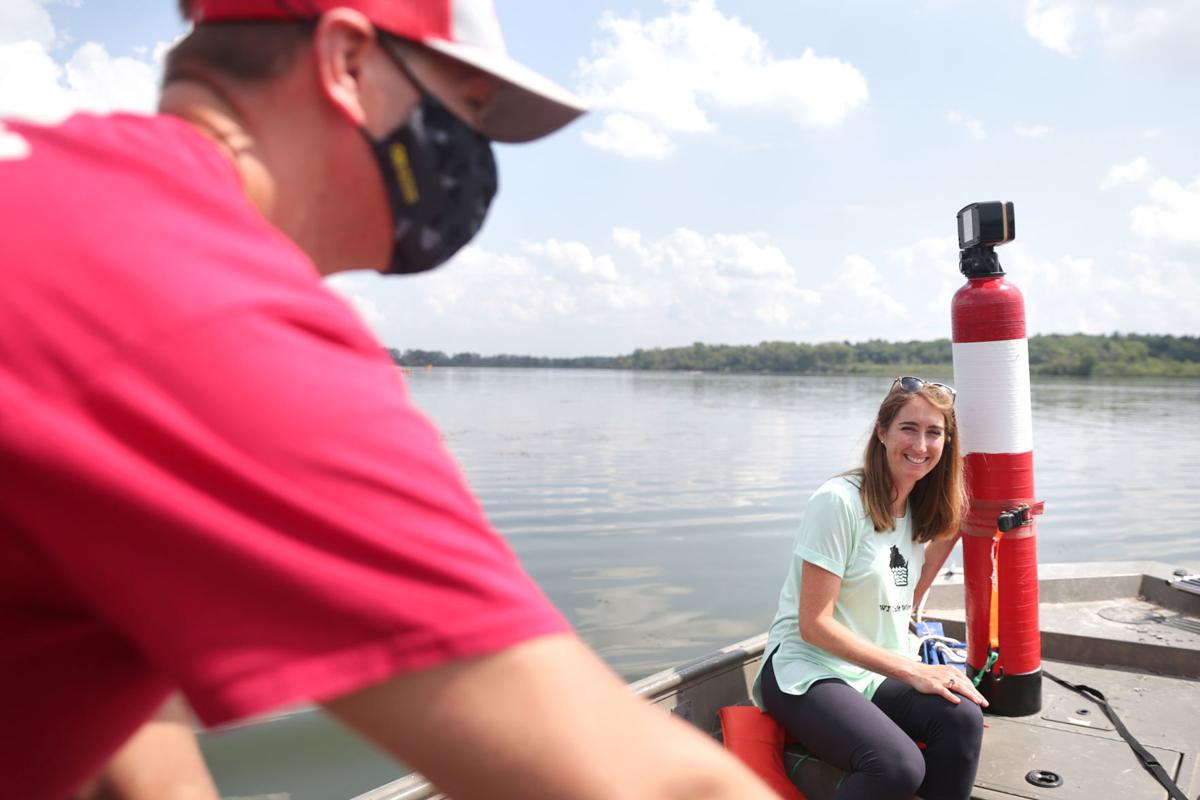 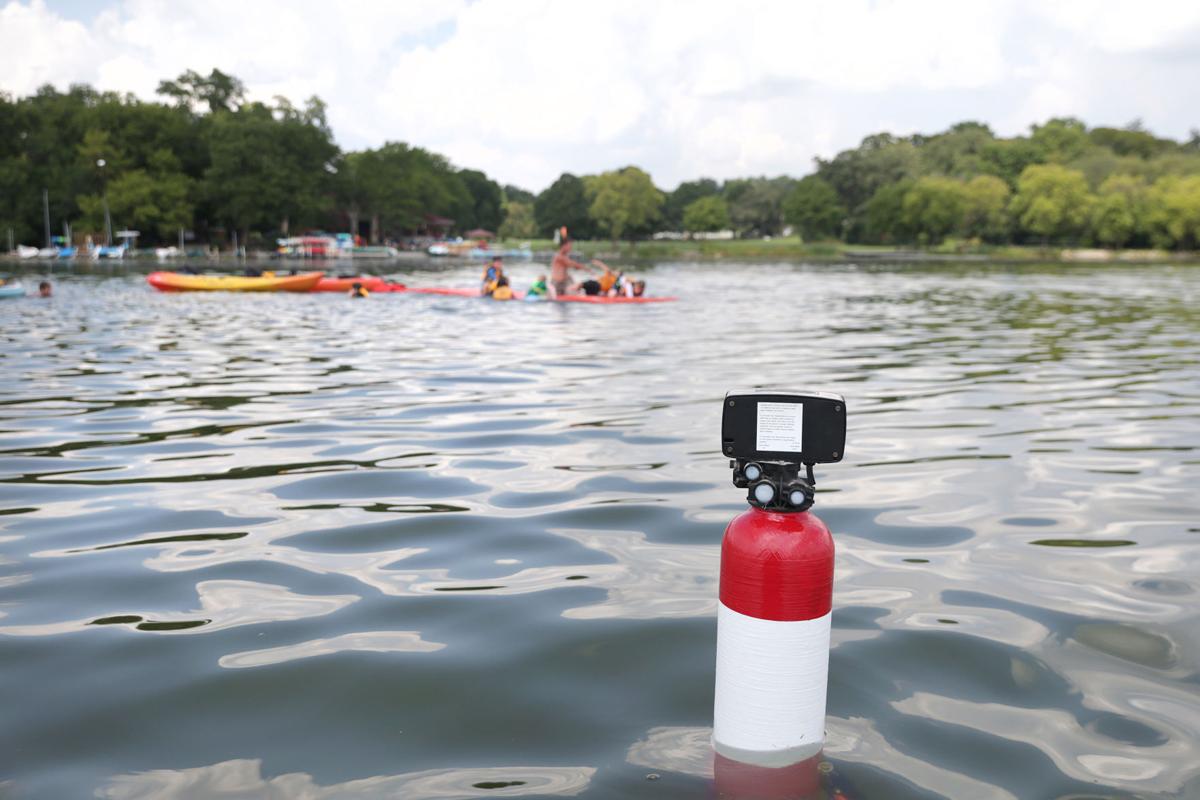 Water softener buoys have the Wisconsin Salt Wise URL painted on them so curious boaters and swimmers can learn more about the salt issue. 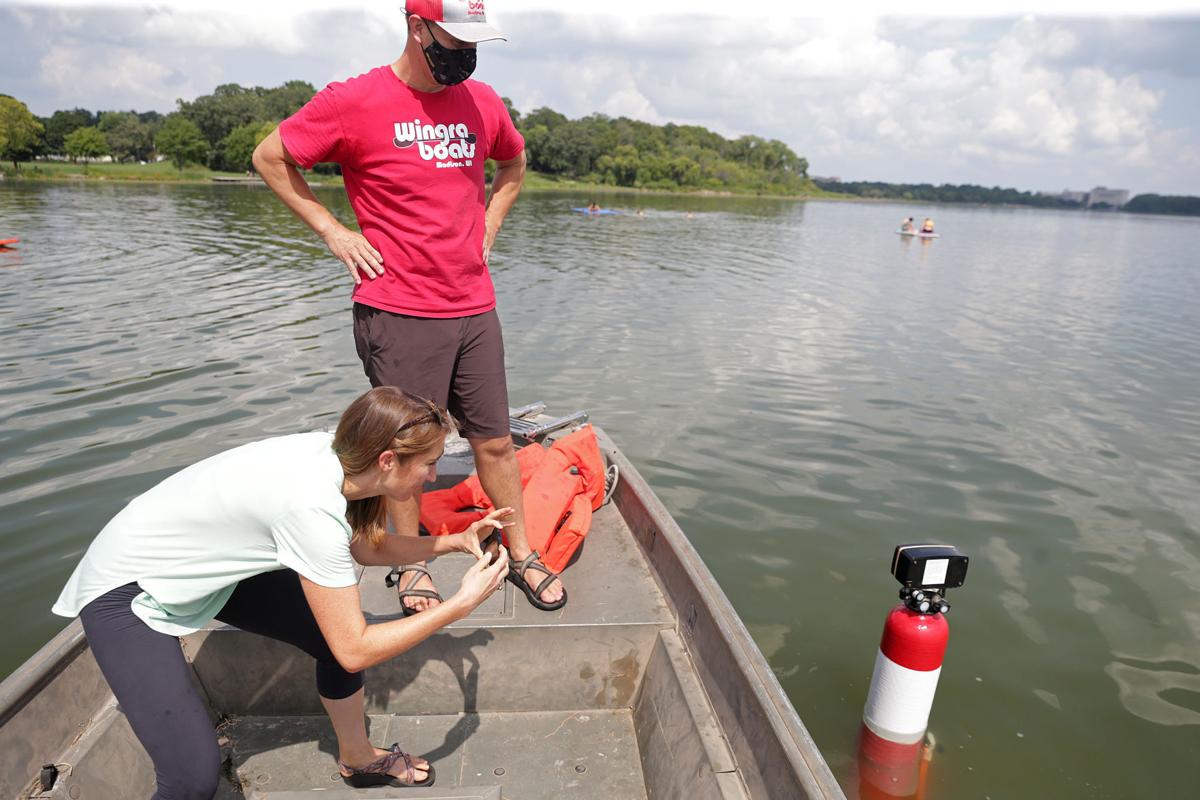 Lake Wingra, where water softener buoys have been placed, is the saltiest of the Yahara chain of lakes. 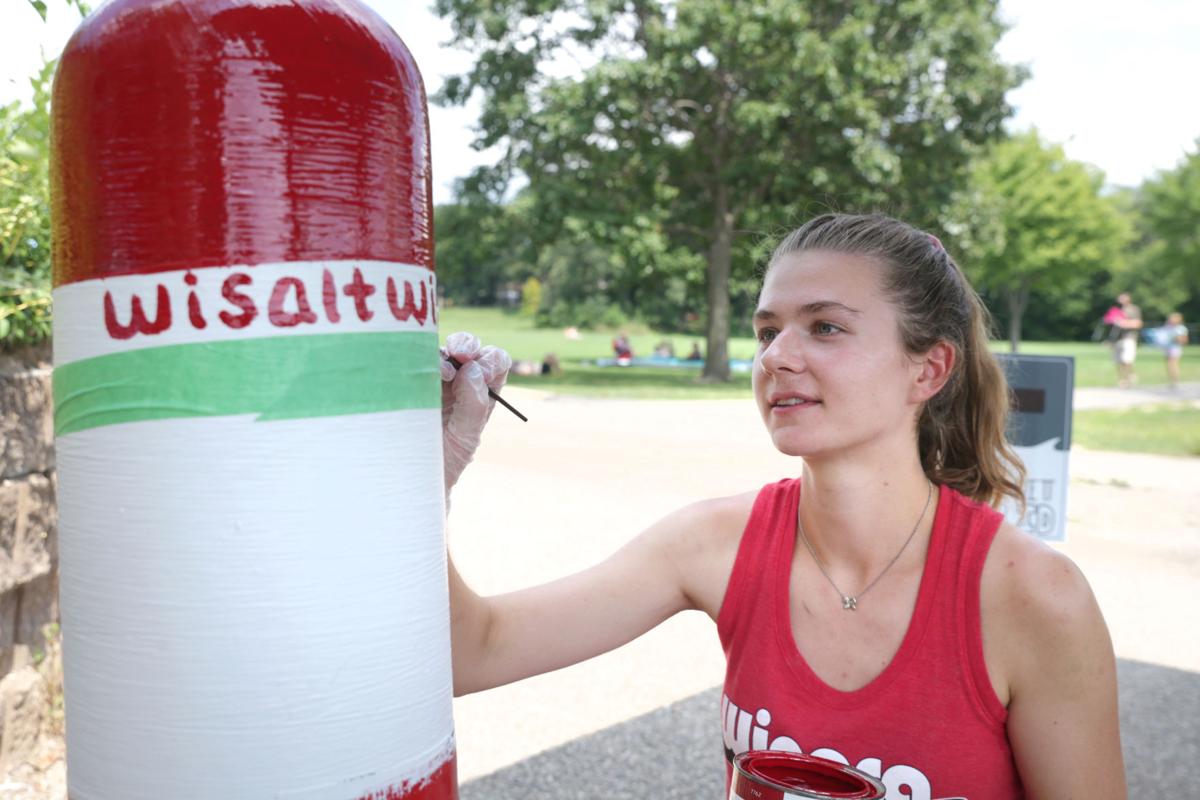 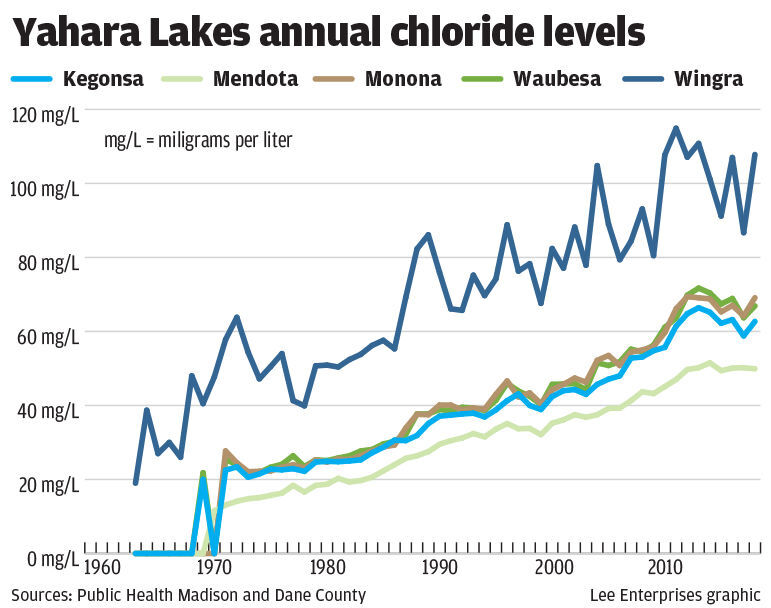 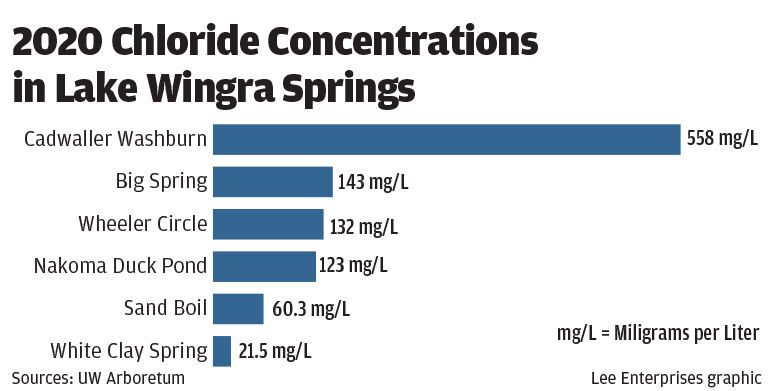