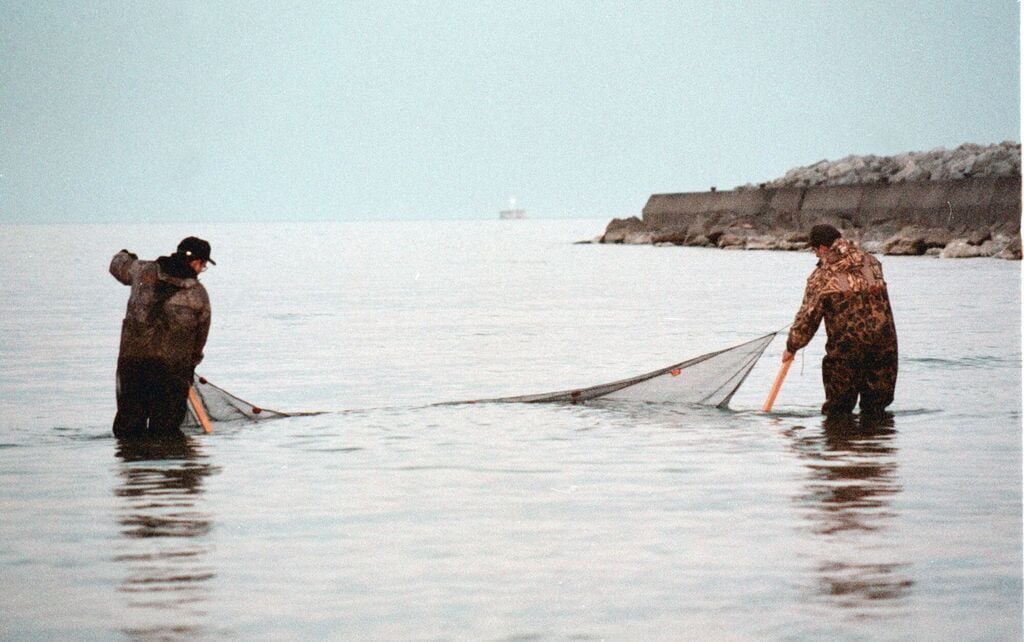 Two men pull a seine net through the waters of Lake Michigan off North Beach in Racine to catch smelt in 2001. 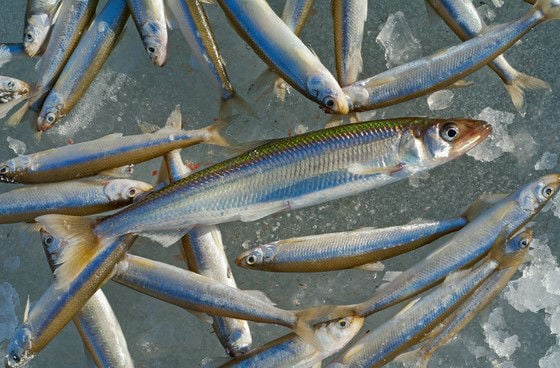 State officials are recommending people limit consumption of smelt from Lake Superior because of PFAS contamination.

As part of a statewide monitoring campaign, the Department of Natural Resources collected smelt from two locations about 30 miles apart in Lake Superior — one near the Apostle Islands, the other off Port Wing.

Fish from both locations had high levels of PFOS (perfluorooctane sulfonate), one of thousands of synthetic compounds known as “forever chemicals” that don’t break down in the environment and have been linked to cancer, liver disease and reproductive problems, and may interfere with the effectiveness of vaccines.

Based on the findings, the Department of Health Services recommends eating Lake Superior rainbow smelt only once a month.

An invasive species, rainbow smelt are popular among anglers, predator fish and birds. Some anglers will catch smelt through the ice, but the majority of smelt harvest occurs in the springtime as the fish migrate into nearshore areas to spawn.

Fish sampled had PFOS concentrations of 24.1 to 118 parts per billion, with an average of 63.4 ppb. The Great Lakes Consortium For Fish Consumption Advisories recommends eating fish with concentrations of 50 to 200 ppb no more than once a month.

The DNR and DHS say they are unaware of any other PFAS-based consumption advisories for other fish species in the Great Lakes.

The warning comes one year after officials reported high levels of PFAS in fish from Madison’s Starkweather Creek and Lake Monona.

The Department of Health Services recommends eating carp, largemouth bass, walleye and perch from those water bodies no more than once a month. The advisory includes all of Lake Monona, including Monona Bay, a popular destination for ice fishing.

An environmental contractor hired by the Dane County Regional Airport found combined levels of two chemicals -- PFOA and PFOS -- at more than 68,000 parts per trillion in water collected from a site near Darwin Road, according to a report submitted last week to the Department of Natural Resources.

House fire in village of Deforest leaves roughly $100,000 in damages

The family living in the home made it out safely based on initial reports from Deforest police.

The letter calls for “immediately” establishing quotas and the implementation of a wolf-hunting season in January.

Two men pull a seine net through the waters of Lake Michigan off North Beach in Racine to catch smelt in 2001.