NEW GLARUS — There are just four ingredients in a bottle of Spotted Cow. But turning water, barley, yeast and hops into a tasty and intoxicating brew also takes energy — lots of energy.

Millions of gallons of water have to be pumped out of the ground, boiled, cooled and treated. There’s beer to bottle and beer to chill.

That’s why New Glarus Brewing Co. invested nearly $100,000 since 2016 in energy-efficient lighting, refrigeration, compressors and pumps that are expected to save more than 7.5 million kilowatt hours of electricity, according to Focus on Energy, which helped finance the projects. The company has invested thousands more in other energy-saving equipment.

“We understand that making beer takes a lot of water and a lot of energy,” said Drew Cochrane, chief operating officer of the family-owned business. “We want to be as efficient as we can from a business standpoint and an environmental standpoint.”

New Glarus is one of more than 6,000 Wisconsin businesses and nearly 130,000 households that participated last year in Focus on Energy, the state’s utility-funded energy efficiency program.

According to an evaluation released Tuesday, the $100 million program delivered $3.66 in direct economic benefits for every dollar spent — including some $90 million in avoided annual electricity costs — and prevented more than 28.5 million tons of carbon dioxide from being pumped into the atmosphere.

A recent analysis by the Lawrence Berkeley National Laboratories found Focus on Energy is one of the nation’s most cost-effective efficiency programs.

“It’s really important that we be great stewards of ratepayer money,” said Erinn Monroe-Nye, program director for Focus on Energy.

The $149 million school project incorporates efficiency measures — including geothermal heating, smart ventilation systems and LED lighting — that are expected to cut the 600,000-square-foot building’s energy needs nearly in half.

The Verona school district expects to recoup the additional $4.8 million investment in less than 10 years.

And yet Wisconsin has fallen behind other states, said Kathy Kuntz, director of the anti-climate change organization Cool Choices.

In 2008, Wisconsin was ranked ninth in the nation for energy efficiency efforts by the American Council for an Energy Efficient Economy (ACEEE). As of last year, it was 29th.

“We haven’t updated our building codes, we haven’t increased our funding for energy efficiency ... While other states like Massachusetts have set aggressive goals we’ve been static,” Kuntz said. “We’re kind of the opposite of aggressive.”

Energy efficiency programs don’t just benefit the people who use the services and claim the rebates: Reducing overall energy demand can head off the need for expensive investments like power plants and transmission lines.

When viewed as a resource, the gains from customer-based energy efficiency programs cost about a third of new generation, according to ACEEE.

Even with the rapidly falling cost of renewable energy, efficiency is still the best bargain, said Dan York, an senior fellow with the council based in Madison.

[Editor's note: This story has been updated to reflect a correction. An earlier version incorrectly reported Wisconsin's spot in the 2008 energy efficiency rankings by the American Council for an Energy Efficient Economy. Wisconsin was the ninth best state that year.] 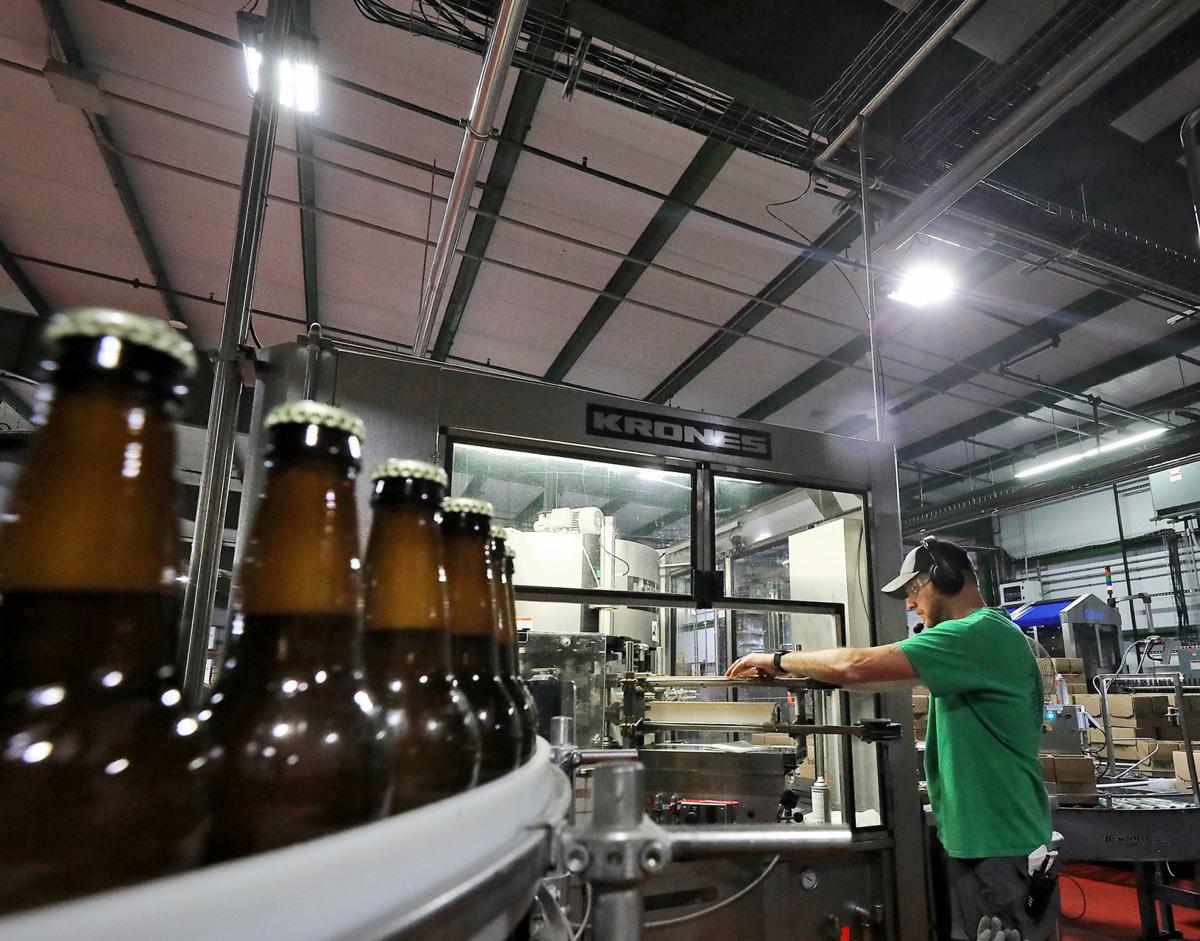 Working under energy-efficient LED lights in New Glarus Brewing's bottling facility, Ryan Wiefenberg adds labels to a labeling machine Tuesday at the company in New Glarus. The family-owned brewery was one of 18 businesses honored by the Focus on Energy program for efforts to reduce energy use. 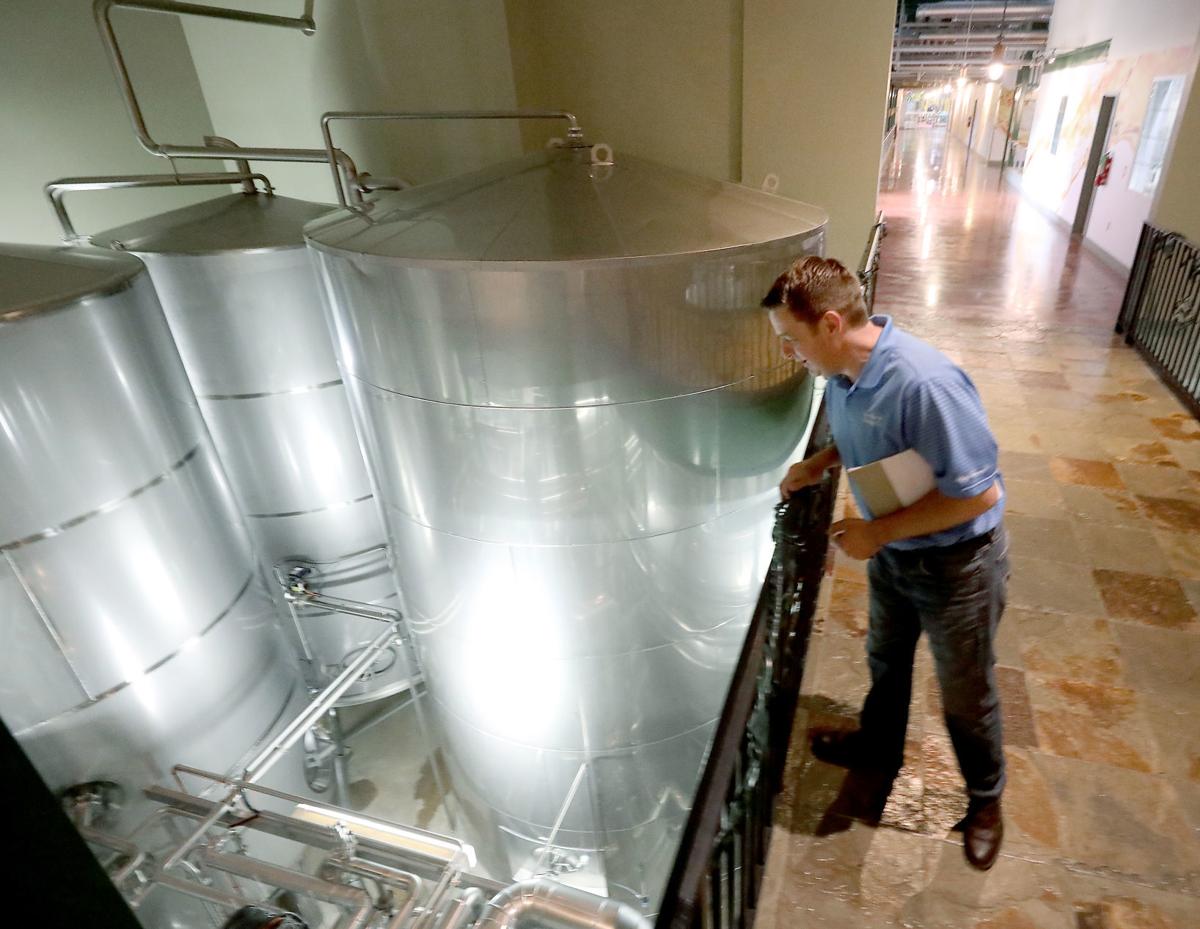 Drew Cochrane, New Glarus Brewing's chief operating officer and general counsel, looks over some of the company's water storage tanks. The brewery recycles hot water from the brewing process for use in cleaning.