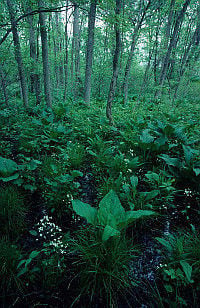 A state law that made it easier for developers to destroy wetlands also required payment for replacement wetlands in many cases. 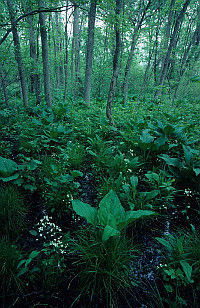 The Assembly was considering a law to make it easier for developers to eliminate wetlands.

Builders have been eliminating wetland acreage at the fastest pace in at least a decade under a controversial state law that eased protections for the ecologically important lands.

Cheered on by builders and developers who have long felt frustrated by water quality regulations, Republicans said Act 118 would put economic development needs in better balance with environmental protections.

But three and a half years later, a crucial element in the law’s provisions — replacement wetlands that were supposed to offset those eliminated by development — has been temporarily exhausted.

Some additional replacement acreage may appear next year to help offset losses in water purification, flood control and wildlife habitat; however, it could be years before larger tracts of replacement wetlands are functioning.

The main purpose of the law was to make it easier to eliminate wetlands under certain conditions while requiring developers to pay for creation of replacement of larger wetlands that are filled.

Since the statute took effect on July 1, 2012, developers have requested permission to fill nearly 1,180 acres, more than twice the average annual acreage requested in the previous 51/2 years.

Approved acreage increased, but at a slower pace, as the state Department of Natural Resources reviewed plans and followed provisions of the law requiring minimization of wetland destruction when it can’t be avoided.

Still, under the new law, the DNR approved elimination of about 370 acres, permitting wetland fill at nearly twice the rate of the period from Jan. 1, 2007, until the law was enacted, according to data the agency compiled at the request of the State Journal.

Agency spokeswoman Jennifer Sereno said the increase may not be as great as it appears because only a small number of acres were permitted for development before 2012. Sereno pointed out that wetland acreage requests have decreased somewhat after an initial spike, and that agency regulators are dedicated to enforcing protections in the law.

When Gov. Scott Walker signed the law on Feb. 29, 2012, at a meeting of the Wisconsin Realtors Association in Madison, he was greeted by a standing ovation.

But some Realtors remain unhappy because increased options to write a check for replacement wetlands apply only to commercial business expansions, not new construction, and because there has been a shortage of replacement land.

“We haven’t heard a lot of positive comments,” Realtors association lobbyist Tom Larson said. “I think now that the economy has started to pick up again, you are going to see more concerns raised.”

Meanwhile, scientists say they’re worried that even after more replacement wetlands become available, they may not adequately filter pollutants out of water before it reaches lakes, streams and the aquifer, and they won’t maintain wild plant and animal species that depend on marshy land.

“More wetlands are being created than are being destroyed (nationally), which is good news until you look at the fine print, which was most of the ones being created are shallow ponds,” said Quentin Carpenter, a senior lecturer at UW-Madison’s Nelson Institute for Environmental Studies. “Sedge meadows take millennia to create. There’s no way to hurry that process.”

First, it created a new type of permit that limits the time the DNR can take to review a project. The new general permit is available for projects affecting wetlands of less than 10,000 square feet and those judged by DNR scientists to have relatively little value.

General permit requests made up about two-thirds of acreage requested for development under the law and half the acreage approved.

For larger wetlands, the new law relaxed a previous requirement for avoiding sensitive sites. Under the previous statute, a construction project could be required to seek a different location, even if other available sites were some distance away.

Under Act 118, a developer must look no farther than adjacent land parcels for an alternate site if the project offers a public economic benefit or is an expansion of an existing commercial facility or industrial park. And if no adjacent site is suitable, the wetland can be destroyed as long as it is replaced, Peterson said.

Replacement of these larger filled wetlands is mandatory under the new law. The preferred method calls for landowners to buy credits from one of several wetland banks around the state where investors had purchased land and restored degraded wetlands or protected wetlands facing a demonstrable threat, said Pam Schense, DNR wetlands mitigation coordinator.

Most of the banks are established on the state’s plentiful stock of former wetlands that were drained decades ago for farming. Managers block ditches and break up the underground tile conduits that have kept the land dry. Then they kill off invasive plant species and sow native flora, Schense said.

While wetland bank acreage expanded after the law changed, credits were quickly gobbled up. They have been difficult to find for some time in certain watersheds, and the last of them all but disappeared during the last 12 months, Schense said.

Some banks may make more credits available next year if they can show that their restoration efforts have created more functioning wetlands, Schense said.

Dozens of others banks are being proposed, but many are small — under 25 acres — and it’s not clear they will be approved. A 200-acre bank has been proposed near Tomah, but approval will take months, Schense said.

When a new bank is approved, typically 10 or 20 percent of its potential credits are immediately available for sale. The state monitors them for five to 10 years.

The best alternative to wetland credits under the law are in-lieu payments, she said.

Since then, about three dozen developers have paid $5.4 million into the fund. In the next few months the DNR plans to issue a request for proposals aimed at offsetting the water quality and wildlife habitat losses that accompany wetland destruction, Matrise said.

The largest payment was made by BNSF Railway for its controversial second track through the La Crosse River marsh, he said.

The law requires 1.2 acres of replacement wetland for each acre filled. The in-lieu program typically increases the ratio to 1.45 to account for the loss of wetland benefits to the state before the money is spent, Matrise said.

The wetland banking program can increase the ratio to 1.7 acres depending on geography and the types of wetlands involved, Schense said.

A third alternative for replacing wetlands is for the developer to undertake restoration, but it’s not the preferred option because it is more difficult to administer a multitude of dispersed sites, Schense said.

Former DNR employees are writing in support of a petition asking the EPA to force better state control of water pollution.

The state's business lobby is backing several bills that contain dozens of provisions to provide 'certainty' for owners of sensitive lands.

Robin Vos gathers backing for an opinion about  a Supreme Court ruling that slowed permits for wells that critics say harm water quality.

Attorney General Brad Schimel says he may issue an opinion even though his office is involved in related court cases.

DNR chief Cathy Stepp ends use of 'do not respond' list

But one activist said Stepp's office placed her on the list, and the DNR delayed for months providing records on a large-scale dairy farm.

Park rangers seldom use guns or arrest powers, so they will no longer have those duties; conservation wardens will be called as needed.

HORICON | The Wisconsin Department of Natural Resources’ new interactive displays at Horicon Marsh aim to engage the eyes, ears and noses of v…

The state would no longer regulate wetlands or air pollutants except when required under federal law.

A state law that made it easier for developers to destroy wetlands also required payment for replacement wetlands in many cases.

The Assembly was considering a law to make it easier for developers to eliminate wetlands.