The developer of a proposed solar farm in Iowa County is planning a second solar farm in Kenosha County that could feature the first utility-scale battery storage in Wisconsin.

That’s larger than any battery currently deployed on the nation’s power grid and the first in the state of Wisconsin, according to data from the U.S. Energy Information Administration.

Invenergy has installed 31.5-megawatt batteries in Illinois and West Virginia, which account for most of the capacity in the company’s advanced storage portfolio.

“That is very big,” said Carol Werner, executive director of the Environmental and Energy Study Institute, a national nonprofit that promotes clean energy. “This is really, really significant. This would really give Wisconsin some real leadership points.”

Batteries enable renewable energy sources like wind and solar to deliver power on demand, similar to traditional fossil fuel generators. They can also contribute to grid stability and provide reserve capacity to meet peaks in demand.

“With batteries, it can compete in the marketplace in multiple ways,” said Andy Olsen, a senior policy advocate with the Environmental Law & Policy Center in Madison. “Not only on the power but when we get the power, which matters quite a bit.”

According to the engineering plans, the solar farm would occupy about 1,400 acres along the Racine County line in the town of Paris and could be connected to a storage system that could deliver 50 to 200 megawatt-hours of electricity.

According to the engineering study, the storage facility would occupy a roughly 12,000-square-foot building next to rows of transformers and inverters and would put out up to 146,000 megawatt-hours of electricity each year. That’s the equivalent power use of about 16,000 typical Wisconsin households.

Invenergy says it plans to submit a permit application to the Public Service Commission in April. Company spokeswoman Beth Conley said the Paris solar farm is being proposed as a developer-owned project but the company is in talks with potential utility buyers.

“I think we’re open to lots of commercial arrangements,” she said.

Invenergy is the developer behind the 300-megawatt Badger Hollow solar farm in Iowa County, which is under consideration by the Public Service Commission. The company is proposing to sell half that project to Madison Gas & Electric and Wisconsin Public Service Corp.

Utilities have used hydropower storage for nearly a century, pumping water into mountaintop reservoirs when energy demand is low and releasing that water to generate electricity at peak times. Compressed air thermal storage has also been used.

But while batteries have been around since the 19th century, they have not played a major role in the U.S. power grid until very recently thanks to rapidly-falling prices for lithium-ion batteries.

“The cost of storage has come down much more rapidly than most people anticipated,” Werner said. “We’re expecting to see that more and more.”

As of December, there were 119 utility-scale batteries with a combined capacity of 845 megawatts deployed nationwide, according to the EIA. Only two dozen of those are larger than 10 megawatts.

According to the International Energy Agency, storage is a crucial component to limiting the rise of global average temperatures.

The Wisconsin PSC is currently evaluating proposals for 300-megawatt and 150-megawatt solar farms and has received pre-application materials for three other solar projects with a combined capacity of 449 megawatts.

If all are approved, they would increase the state’s solar capacity nine-fold, according to Renew Wisconsin’s estimates.

Grid operators are studying more than two dozen solar projects — with a combined capacity of more than 4,600 megawatts — in Wisconsin, more than any other state in the Midwest.

The lead planner for American Transmission Company testified Monday that the company dismissed the potential for storage as too expensive to meet the goals of the high-voltage line known as Cardinal-Hickory Creek. 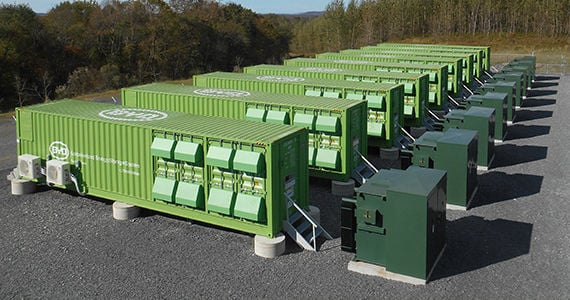 A 31.5-megawatt battery system provides electricity storage at Invenergy's Beech Ridge Wind Farm in West Virginia. The Chicago-based developer is proposing to build a 200-megawatt solar farm in Kenosha County that may feature a 50-megawatt battery, which would be the first in Wisconsin. 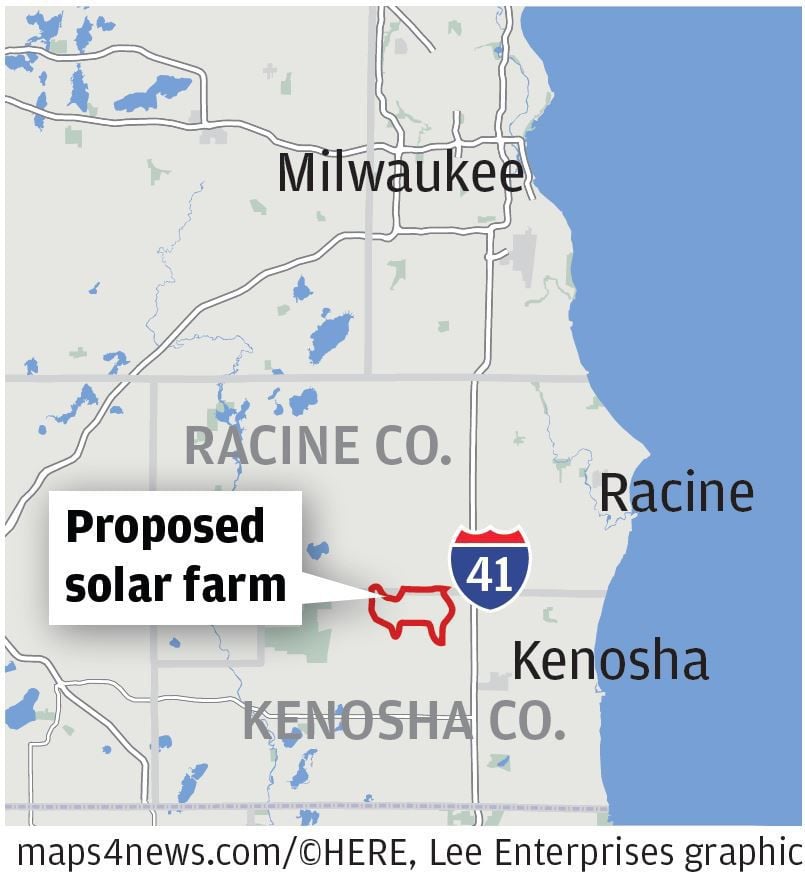 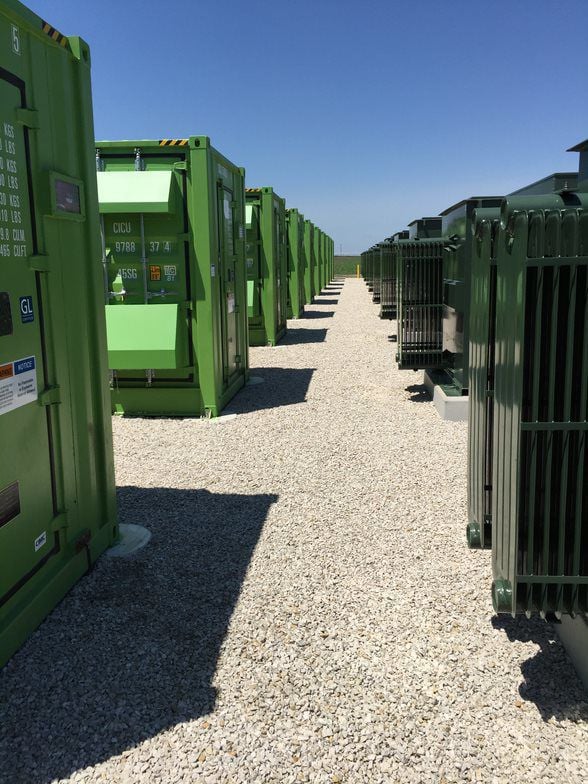 A 31.5-megawatt battery system provides electricity storage at Invenergy's Grand Ridge Energy Center in La Salle County, Ill. The Chicago-based developer is proposing to build a 200-megawatt solar farm in Kenosha County that may feature a 50-megawatt battery, which would be the first in Wisconsin.