Toxic PFAS compounds known as “forever chemicals” have been found in Madison’s sewage, including the treated wastewater dumped into local waters and sludge spread on area farm fields.

Tests completed in May found PFAS in the raw sewage — or influent — entering the plant as well as in the treated wastewater, or effluent, sent to Badfish Creek and Badger Mill Creek, according to a report prepared by environmental consulting firm TRC. Both creeks flow into the Yahara River.

PFAS were also found in the 37 million gallons of sludge — known as biosolids — spread on about 5,000 acres of cropland.

The Madison Metropolitan Sewerage District presented the long-awaited results to its board Thursday, calling them expected and “favorable.”

“Our PFAS sampling plan demonstrates our holistic, proactive approach to understanding and addressing emerging contaminants, even though we aren’t yet regulated for them,” director Michael Mucha said in a statement Thursday. “While the results of our initial sampling are favorable, they are just the first step in our investigation to ensure we remain good stewards of public health and the environment.”

But Maria Powell, founder of the Midwest Environmental Justice Organization, questioned why it has taken four years since utility leaders were first made aware of the potential for contamination and why the utility is not focused on assessing the risks to human health.

Marinette tested its wastewater two years ago, prompting the DNR to halt the spreading of biosolids.

“We’ve been spreading this sludge on farm fields for decades,” Powell said. “Who’s exposed to these (contaminants) right now? Why is no one even talking about that?”

“We’re not a source of PFAS but we reflect the communities we serve,” said Martye Griffin, the utility’s director of ecosystem services. “We receive these compounds, but we are not able to treat these compounds.”

PFAS levels in the effluent were below state surface water standards proposed this summer by the Department of Natural Resources though four times higher than a previous recommendation for PFOS, a compound that builds up in fish and human bodies.

There are no state or federal standards in place for PFAS in biosolids, though DNR wastewater section chief Jason Knutson said the agency is “actively working on analyzing and understanding” how PFAS move from biosolids to groundwater “to inform potential guidance on the topic.”

The utility treats about 41 million gallons of wastewater per day from communities across a 187-square-mile area around Madison that are home to more than 380,000 people and 19 “significant industries.”

The report does not specify any specific sources of incoming PFAS contamination, but potential sources include industrial discharges, landfill leachate, contaminated groundwater or surface water, which can infiltrate sewer pipes, as well as regular household and business wastewater.

Powell questioned why the utility is not moving more quickly to identify sources and use its powers to stop their release at the source.

Griffin said that will be the next step in the utility’s analysis, to be undertaken in 2022.

Without knowing what happens to PFAS compounds during the treatment process and how what enters the plant relates to their ultimate fate, Griffin said the utility can’t force a customer to treat their wastewater.

“Just because we’re pumping out PFAS does not mean there’s an exposure risk,” Griffin said.

With thousands of variations, PFAS have been used for decades in hundreds of products, including firefighting foam and water-resistant fabrics. Some compounds have been linked to cancer, liver disease and problems with the immune system.

The levels of PFAS were comparable to other treatment plants that don’t handle heavy industrial loads, according to the report.

“Our effluent really looks like what we would expect it to be based on our service area,” Griffin said.

The Nuclear Regulatory Commission this month gave EnergySolutions another year to complete cleanup of sites in Genoa, Wis., and Zion, Ill., projects that were initially expected to be completed years ago.

Six Ojibwe tribal governments claim the statutorily-mandated hunt is a “direct assault” on their treaty rights and would compound damages from a February hunt, in which state-licensed hunters killed the tribe’s share of wolves.

“It’s very hard to look at a dead bird on the ground and not feel the enormity of that loss. If we don’t have to lose these lives then why?”

A stretch of East Washington Avenue soon to be served by rapid transit is ripe for redevelopment. But the arrival of F-35 fighter jets in 2023 could subject much of the area to unhealthy levels of noise.

The DNR said Monday it has set the quota for the Nov. 6 hunting season at 130 wolves, the number agency officials initially recommended before the Natural Resources Board voted in August to set the quota at 300.

The board announced Thursday it will hold a remote, closed-session meeting Friday morning to confer with legal counsel about two pending court cases seeking to stop the hunt.

The city of Eau Claire has shut down almost half of its wells due to PFAS contamination.

The Madison Water Utility board last year postponed a review of its fluoridation policy, which was started in 1948 as a way to prevent tooth decay but has come under increasing scrutiny over its effects on brain development.

Under the direction of Gov. Tony Evers, the DNR is working to add some fluorinated compounds, collectively known as PFAS, to a list of regulated contaminants in drinking water, groundwater and surface water.

Judge William Hue sided with Wisconsin Manufacturers and Commerce, which sought to bar the DNR from testing for the unregulated chemicals that have been linked to cancer and other ailments.

County crews built a bridge of stones to help a tow truck drive into the river and pull out the excavator. 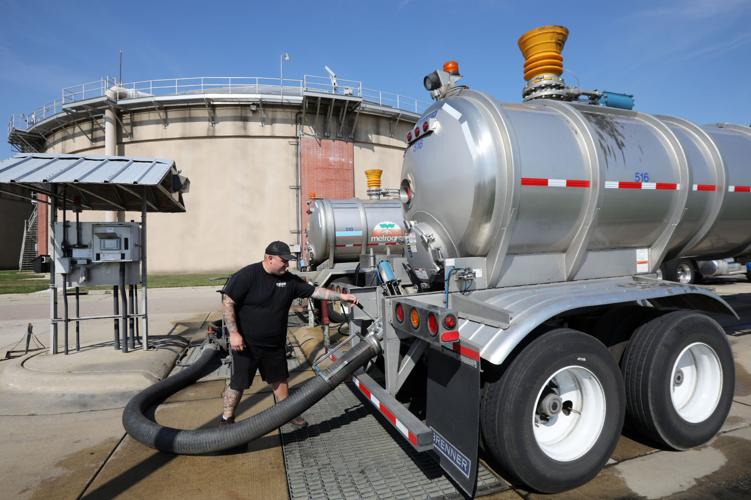 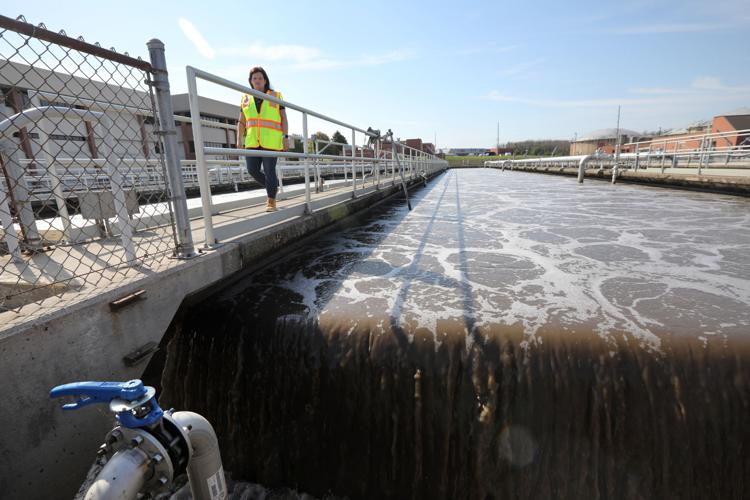 Aeration tanks promote microbial activity that breaks down pathogens in sewage at the Nine Springs wastewater treatment plant in Madison. However, the plant is not set up to treat synthetic PFAS compounds known as "forever chemicals." 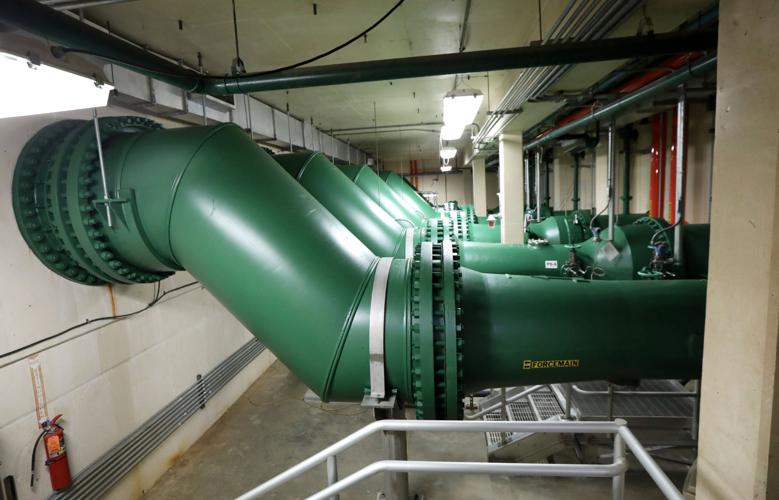 Pipes deliver sewage from across the Madison area to the Madison Metropolitan Sewerage District's Nine Springs treatment plant, where the water is cleaned of bacteria before being returned to local streams. 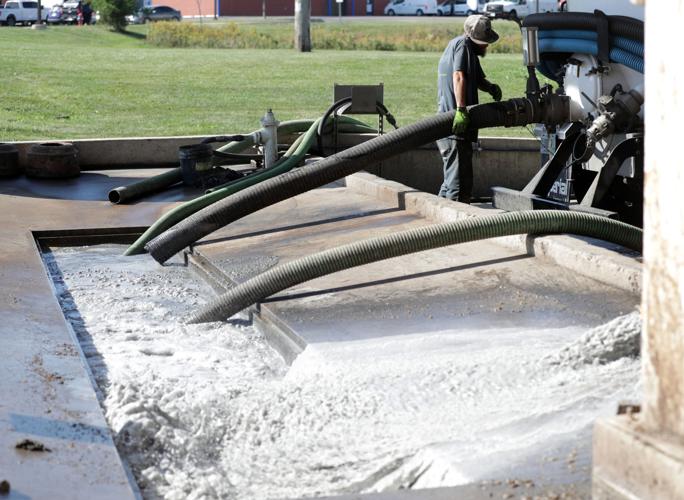 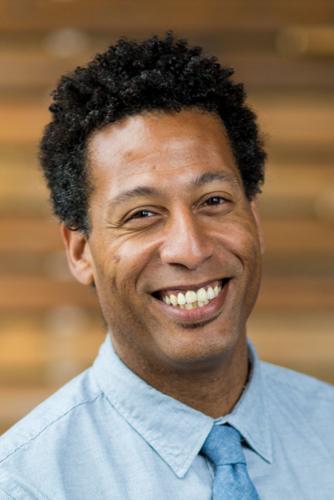