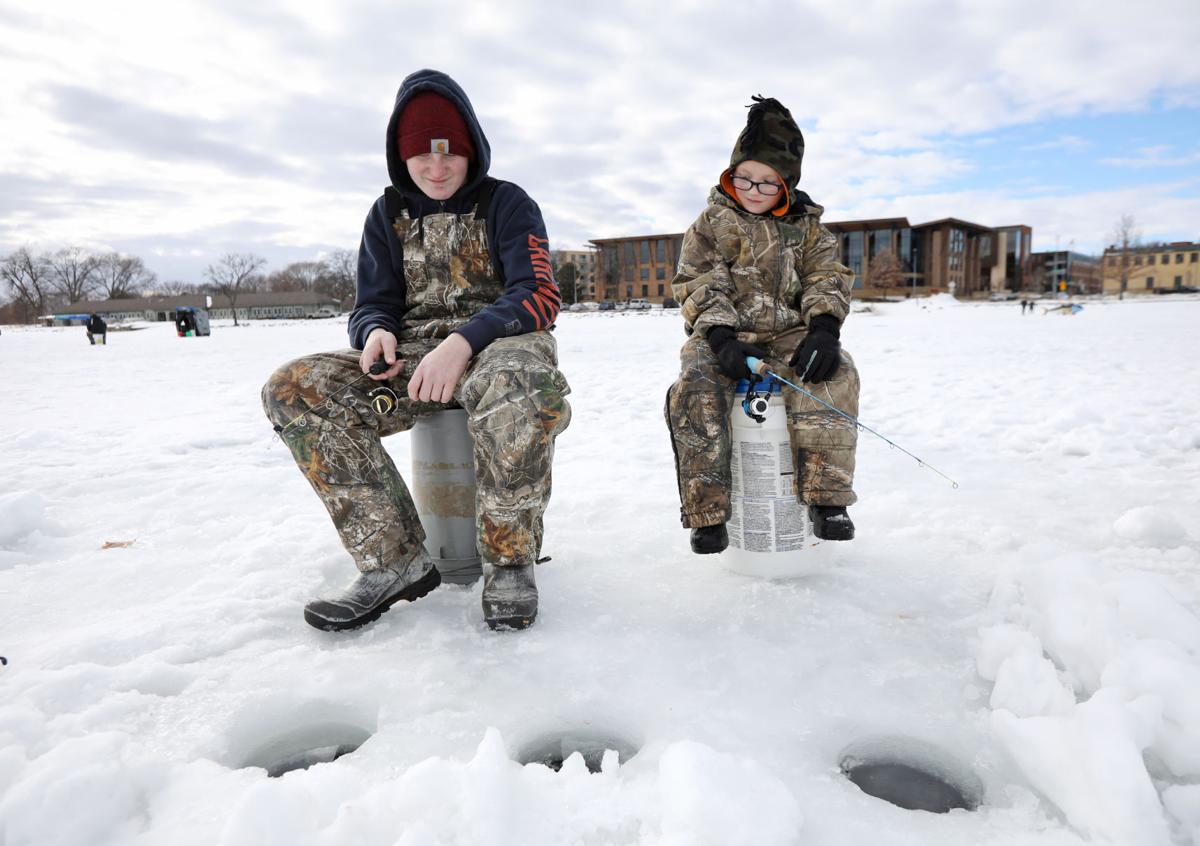 Stephen Bagley, 14, left, and his brother, Wyatt, 5, of Deerfield, fish on Monona Bay with their parents and two sisters Wednesday. A new report shows Wisconsin residents embraced outdoor recreation during the COVID-19 pandemic. 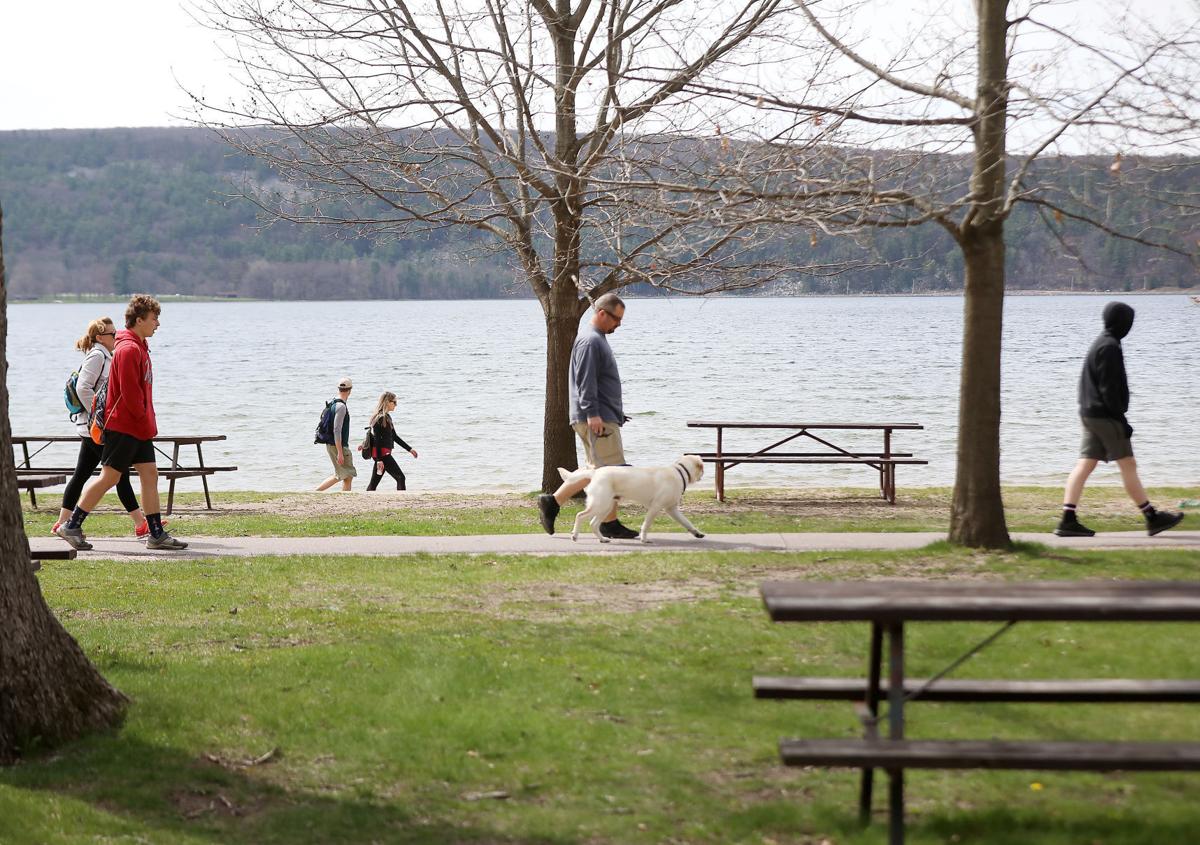 Visitors to Devil's Lake State Park in Baraboo walk along the shore of the park's north beach after parks reopened in May. Wisconsin ranks near the bottom in spending on state parks. 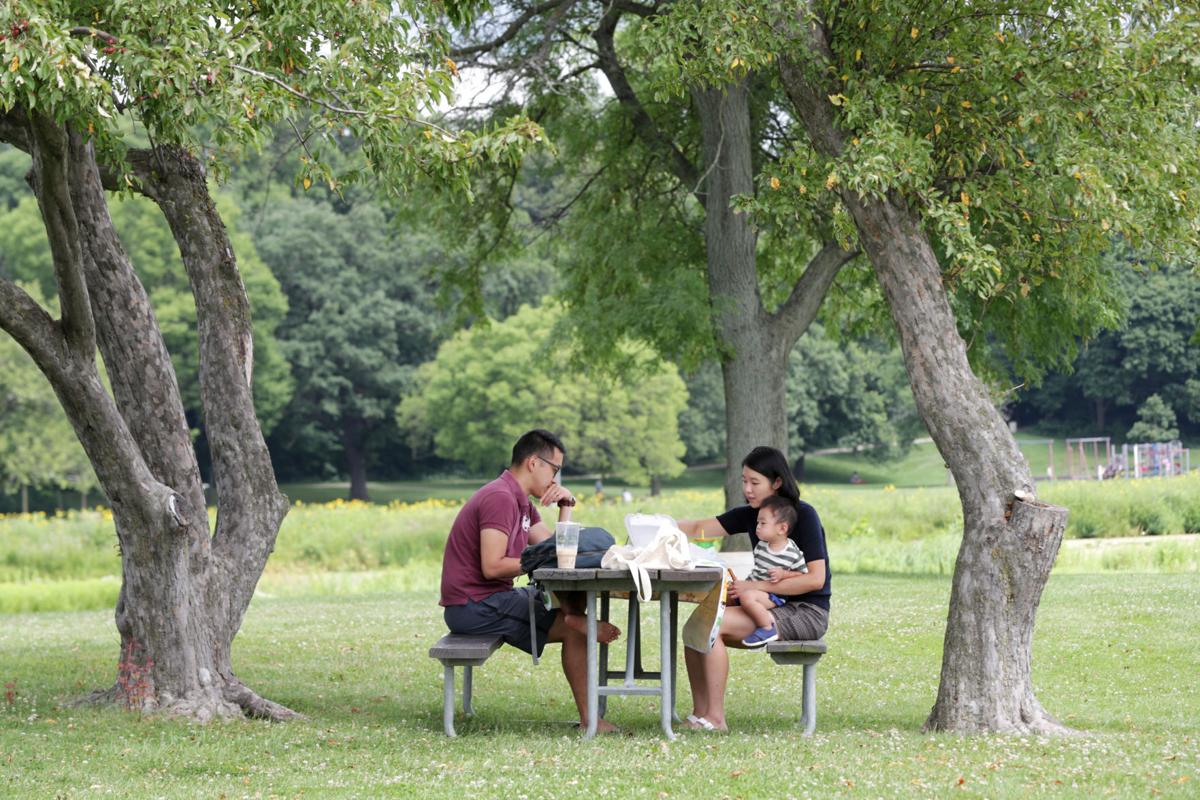 Jay Ong, of Madison, left, with his wife, Jean, and 15-month-old son, Kai, works from his computer as the family has a picnic lunch at Vilas Park in July. A new report shows outdoor recreation surged in the past year.

Jim Jenkins bought his electric bike several years ago, but he’s put a lot more miles on it in the past year — running errands, exercising and even getting together with family.

“There was nothing else to do,” the 73-year-old Madison resident said Wednesday afternoon as he headed out for a ride on the Southwest Commuter trail. “It’s good for your sanity, too.”

As the COVID-19 pandemic sent the state into lockdown last year, Wisconsin residents went outside in record numbers, raising questions about how state and local officials should prioritize spending.

While it’s unclear if the trend will hold, a new report from the Wisconsin Policy Forum says this renewed interest in the outdoors may signal a need to boost funding for public lands in a state that ranks near the bottom in spending on parks.

“You could just look at any park last summer. The state parks at times were really crowded with people,” said Jason Stein, research director for the nonpartisan group and lead author of the report. “I’ve also seen things like — this is more recent — sporting goods being picked over. You just look at all that and think, something’s going on here.”

Delving into data from the Department of Natural Resources, Stein found across-the-board increases in outdoor recreation and hunting, in many cases reversing years of downward trajectories:

The question is whether this new interest in the outdoors will stick once the public health crisis is under control and people can again go to the movies or their children’s soccer games.

Stein says the increase in sporting goods sales — and the investment of time to learn new skills — are indications they might.

“Once you have that knowledge you’re going to retain it,” he said.

Jenkins said since the pandemic he’s ventured out onto the state trail system and hopes to keep up his cycling habit in the coming years.

“I exercise outdoors an awful lot more,” he said. “I think it’s been a real improvement in that way.”

Despite its residents’ love of the outdoors, Wisconsin spends relatively little on parks.

According to Census Bureau data from 2017, Wisconsin ranks in the bottom half of all states when it comes to overall funding for parks and recreation and second to last — ahead of only Alabama — in per-capita state spending.

With more than three park visits for every resident, that works out to just $1.20 per visitor, the second-lowest among all states.

Stein said state funding has been eroding since 1995, when the Legislature eliminated a requirement that park operations be funded equally from the parks and general funds. The budget took a 28% hit in 2015, which was only partially restored with a $3.2 million increase in user fees.

As the Legislature begins work on a new two-year budget, lawmakers will have to decide whether to accept Gov. Tony Evers’ proposal to authorize $70 million a year in borrowing for the state’s land stewardship program.

Popular with the public and conservation groups, the stewardship program has been a target of GOP lawmakers who say it has racked up too much debt and taken too much land off the tax rolls.

Other funding alternatives include increasing user fees, replacing vehicle stickers and trail passes with individual passes, expanding private lodging in state parks or accepting more sponsorships and advertising. They could also look to Minnesota, where voters in 2008 approved a 0.375% sales tax to fund parks and conservation along with other priorities.

The report stops short of making recommendations, but Stein said it makes sense for policymakers to consider the increased popularity when making decisions.

“On one hand they’re discretionary programs,” Stein said. “On the other hand, they’ve turned out to be pretty important here lately.”

Photos: Take it outside

Southern Wisconsin likely will see light snow Friday night, but it won’t last long with highs in the 40s over the weekend, according to forecasters.

The Wolf Management Plan Committee will provide recommendations for a new scientifically and socially supported management plan for the animals, which were removed earlier this year from the federal endangered species list.

The ballot includes questions on a carbon tax, an oil pipeline and high-capacity wells, as well as hunting of albino deer and fish bag limits.

Stephen Bagley, 14, left, and his brother, Wyatt, 5, of Deerfield, fish on Monona Bay with their parents and two sisters Wednesday. A new report shows Wisconsin residents embraced outdoor recreation during the COVID-19 pandemic.

Visitors to Devil's Lake State Park in Baraboo walk along the shore of the park's north beach after parks reopened in May. Wisconsin ranks near the bottom in spending on state parks.

Jay Ong, of Madison, left, with his wife, Jean, and 15-month-old son, Kai, works from his computer as the family has a picnic lunch at Vilas Park in July. A new report shows outdoor recreation surged in the past year. 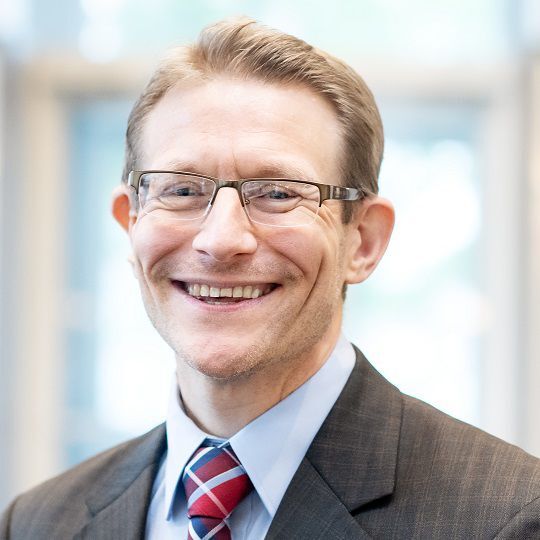 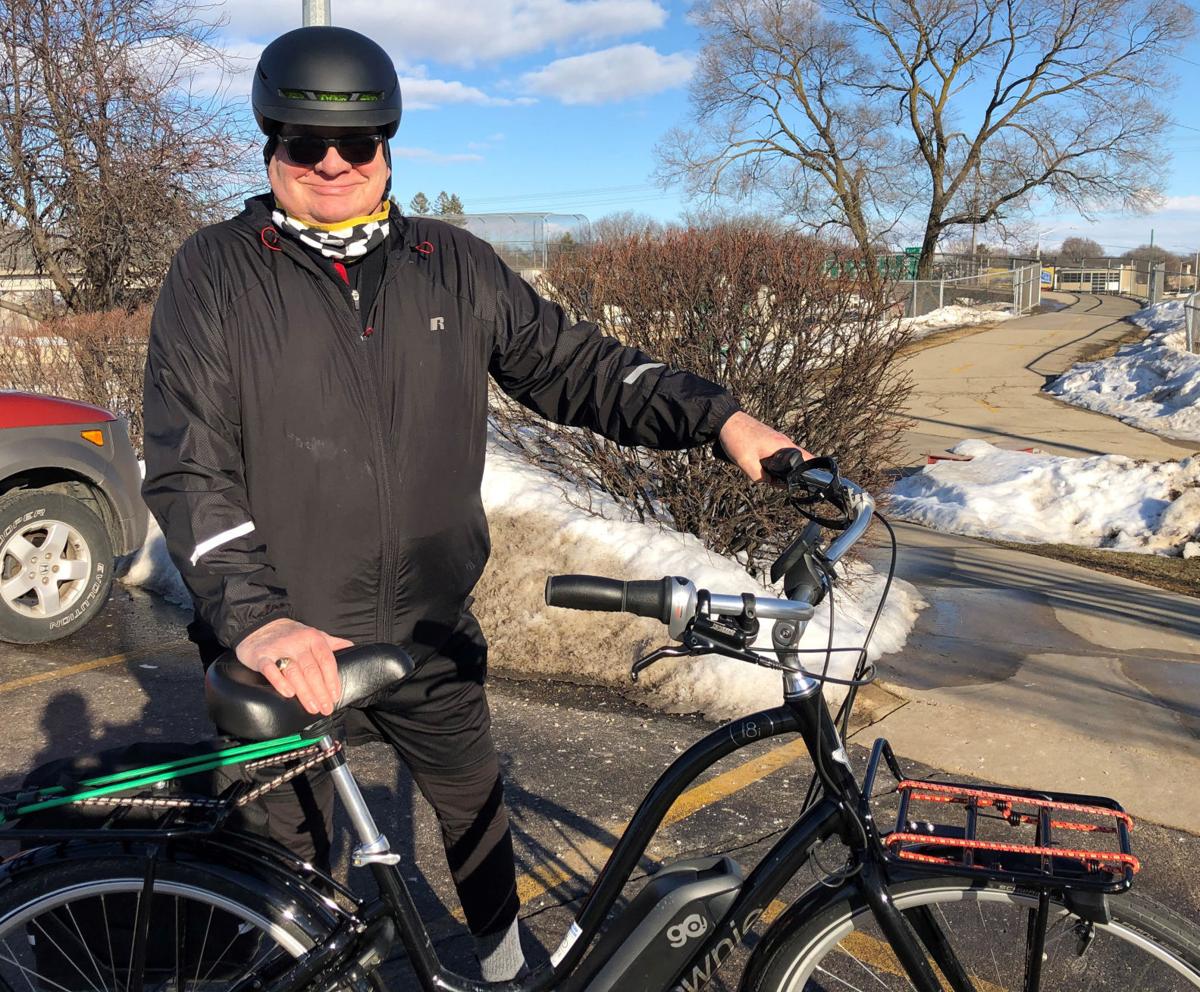 Jim Jenkins prepares to go for a ride Wednesday on Madison's West Side. Like many Wisconsin residents, Jenkins said he's spent much more time outdoors during the past year as the COVID-19 pandemic limited other activities, a habit he hopes to maintain as life returns to normal.