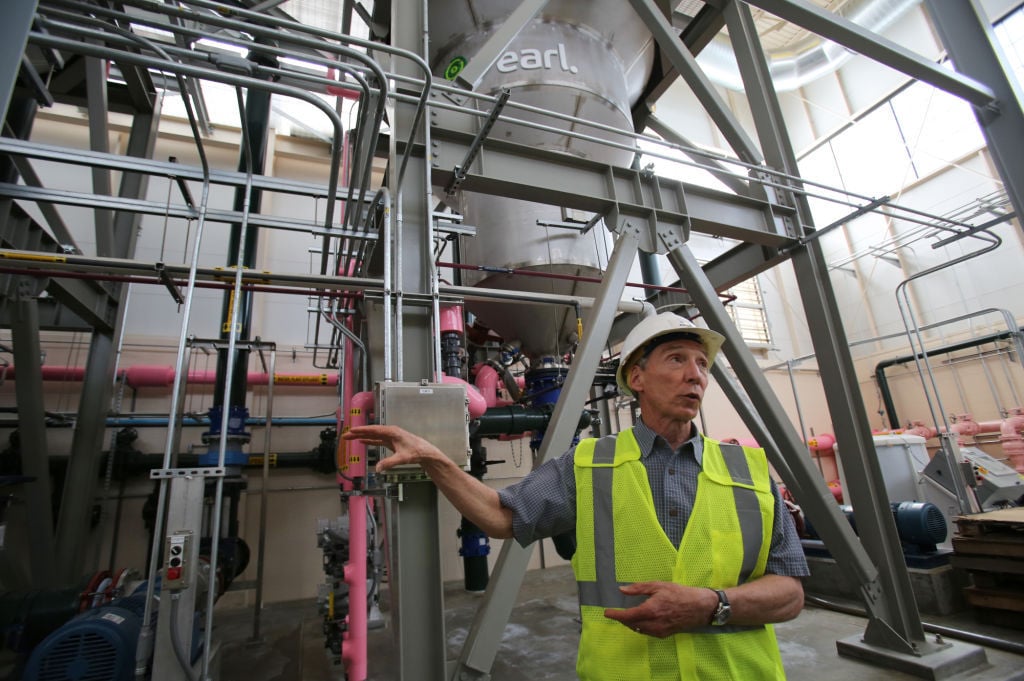 Steven Reusser, operations engineer with the Madison Metropolitan Sewerage District, describes how fertilizer pellets are being made from wastewater in the reactor behind him at the Nine Springs Wastewater Treatment Plant. 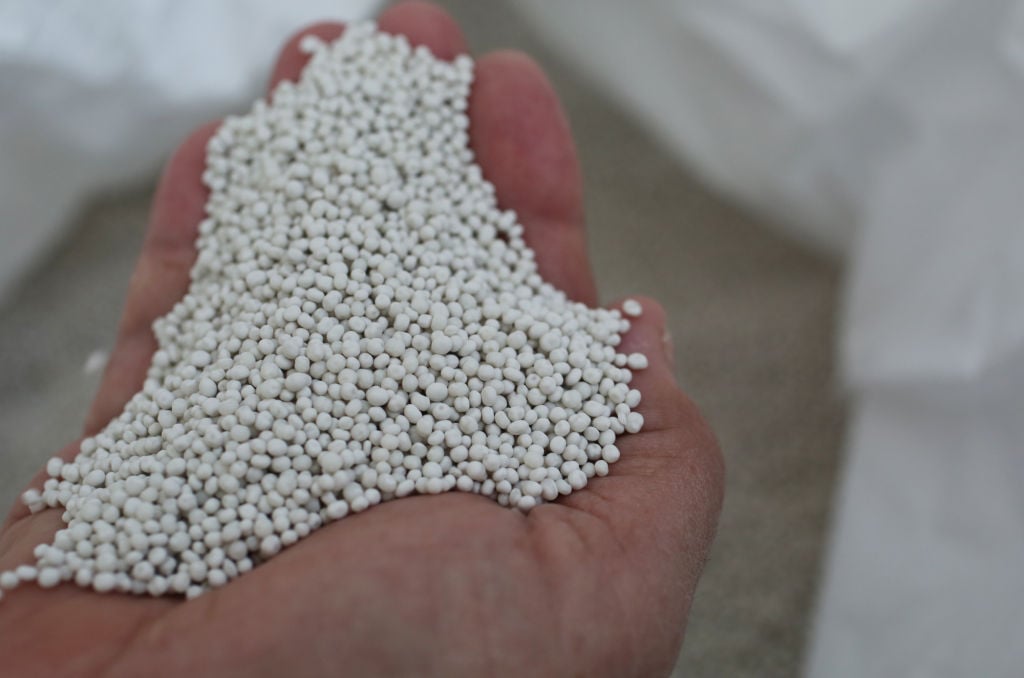 Michael Mucha, chief engineer with the Madison Metropolitan Sewerage District, displays a handful of nutrient pellets that will be used as a slow-release fertilizer. 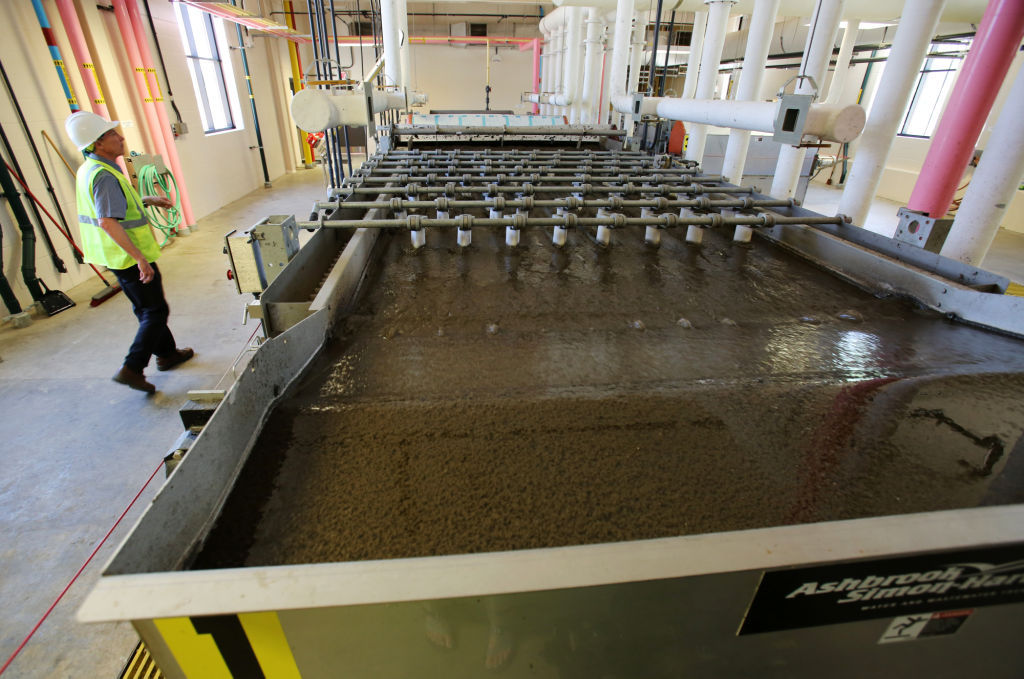 Phosophorus-laden water is removed from waste by new machinery at the Nine Springs Wastewater Treatment Plant. The water is sent to a reactor where nutrient pellets are formed. 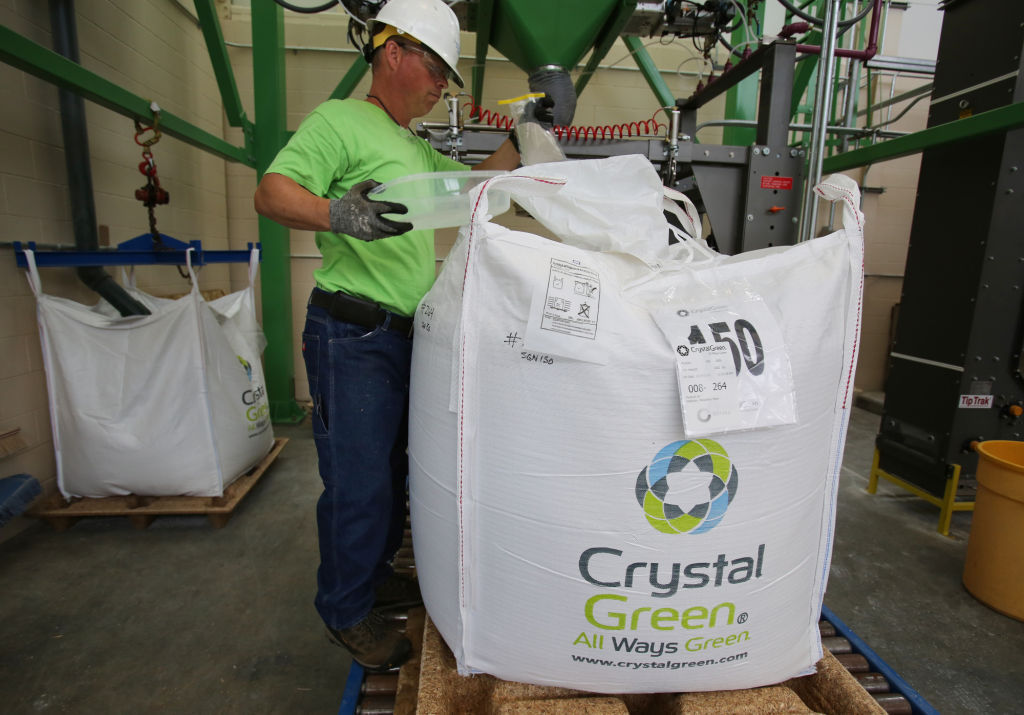 A new $3 million wastewater treatment process to be unveiled next week is designed to earn money for Madison’s sewage plant while reducing runoff of harmful nutrients into lakes and streams.

The pellets release phosphorus into the soil slowly so that it isn’t carried by rainwater into lakes where it creates foul growths of algae and weeds.

The Canadian company that licensed the process for extracting the “eco-friendly” nutrient pellets is buying them for $336 a ton, said plant operations director Paul Nehm.

“We’re producing a ton a day and hope to increase that amount,” Nehm said. “We could probably get two tons a day as we refine the process.”

The fertilizer will be mixed with other compounds and sold to golf courses, landscapers, garden centers and other customers, said Phillip Abrary, CEO of Ostara, the Vancouver company that is using technology developed at the University of British Columbia.

“Despite the source, this is a highly pure, clean product,” Abrary said.

The chemical reaction that creates the pellets excludes heavy metals and other contaminants that can make their way into other nutrient products from sewage plants, Abrary said.

Nutrients from the fertilizer are released when they come in contact with organic acids produced by the roots of plants, he said.

“As a phosphorus-based fertilizer, it is a lot more efficient than a lot of other products,” Abrary said. “This is unique in that it is more directly plant-activated than other products.”

Six more are in the works in the U.S., Canada and Great Britain, he said.

Extraction of the fertilizer from waste water provides two other benefits, said Michael Mucha, chief engineer of the Madison plant. It prevents nutrient buildup that reduces the flow through sewage plant pipes, Mucha said. And the nutrients that go into the Crystal Green brand fertilizer won’t end up in “Metrogro,” another sewage plant by-product that is injected in farm fields, Mucha said.

The plant pays farmers to accept the material, which contains excess nutrients that can run off into surface water, Mucha said.

Last year 36.9 million gallons were applied to 4,671 acres, mostly in Dane County, at a cost of $1.5 million when transportation costs are included.

The new process is part of a $40 million expansion of the wastewater plant that will be unveiled in a ceremony Wednesday that will feature local politicians and Robert F. Kennedy Jr., an environmental advocate who is a member of the Ostara board, said company spokeswoman Debra Hadden.

Hadden said the Crystal Green pellets soon will be available to gardeners and homeowners in an “all-purpose garden blend” created by Jackson-based Spring Valley and sold through retailers.

Madison and Dane County ordinances prohibit the sale, application or display of inorganic lawn and turf fertilizers with phosphorus. Exceptions have been made for new sod or seeded lawns, soil found to be deficient in phosphorous, parkland restoration and organic fertilizers such as Milorganite, which is made by the Milwaukee Metropolitan Sewerage District.

Dave Taylor, the sewerage district’s director of ecosystem services, said Ostara marketing officials had told him that very little if any of the fertilizer would be used in the Yahara River watershed.

Having the phosphorus exported from the Rock River basin would help in efforts to remove streams from impaired lists, Taylor said.

Steven Reusser, operations engineer with the Madison Metropolitan Sewerage District, describes how fertilizer pellets are being made from wastewater in the reactor behind him at the Nine Springs Wastewater Treatment Plant.

Michael Mucha, chief engineer with the Madison Metropolitan Sewerage District, displays a handful of nutrient pellets that will be used as a slow-release fertilizer.

Phosophorus-laden water is removed from waste by new machinery at the Nine Springs Wastewater Treatment Plant. The water is sent to a reactor where nutrient pellets are formed.