When Greg Nemet began studying solar energy in 2002, it was largely a novelty in the United States, popular with tree-huggers and niche markets, but not considered a viable alternative to traditional fossil fuels.

Today, large-scale solar farms are more cost-efficient than virtually all other sources, even in places like Wisconsin, where regulators recently approved projects that will result in a five-fold expansion of solar capacity.

So what caused the prices to plummet?

Nemet, a professor with UW-Madison’s La Follette School of Public Affairs, decided to figure it out.

In a book released this month titled “How Solar Energy Became Cheap,” Nemet explores the policies, programs and business models that made it happen and looks at how those could be applied to new technologies.

The first practical photovoltaic cell, which converts light into electrical current, was invented in 1954.

Nemet calculated it would have cost $300 (in 2017 currency) to produce 1 kilowatt-hour of electricity with those first commercial cells. Utility-scale solar farms today can generate that amount of energy for 3 to 4 cents.

"How Solar Energy Became Cheap: A Model for Low-Carbon Innovation"

The trajectory was anything but linear.

In the 1960s, the primary customer was the Department of Defense for use in its burgeoning space program; petroleum companies also embraced PV as a way to power offshore drilling rigs.

In the 1970s, U.S. energy policy led to fast advances and attracted experts from around the world. But when funding and interest dried up in the 1980s, those people went to places like Australia and Japan, where solar cells first were incorporated into electronics like calculators and watches and later on residential rooftops.

In 1998, the German Green Party came to power and helped pass renewable energy laws that fueled a surge in solar installations. This new demand provided a catalyst for PV suppliers to develop machines to automate the manufacturing process, which lowered prices.

China took notice and applied its organizational capacity, the ability to quickly ramp up large-scale production. The quality was a little lower, but the efficiency of scale cut the cost in half.

Nemet said Germany’s renewable energy law may have made the biggest difference, but he adds that alone wasn’t enough.

Stories behind the data

Nemet, 45, worked as a business consultant in the mid-1990s before moving on to a think tank where he studied innovation across health care, information technologies, consumer products and energy when he noticed something strange.

When comparing measures like employment, research and development funding and the number of patents, every other sector had 10 times the resources of energy.

“It was a huge difference,” he said. “It wasn’t quite the response it should be.”

That study led him to the University of California-Berkeley, where he earned a Ph.D. in energy and resources.

Nemet has watched solar prices throughout his academic career, but said he always felt there were factors that couldn’t be seen in the statistics.

So in 2017, with the help of an Andrew Carnegie fellowship, he set out to find the story behind the data, interviewing more than 70 people — including academics, policy-makers and entrepreneurs — in 18 countries.

“I learned a lot,” he said. “A lot was how knowledge — or know-how — moved from one country to another.”

While Nemet is not the first to study solar pricing, most of the academic and popular explanations deal with only one aspect, said Varun Sivaram, a solar energy scholar and chief technology officer for India’s largest renewable energy company.

“Nemet provides a holistic description of how solar became cheap, and man, is it complicated,” Sivaram said in an email. “Often, you will see market research firms trumpeting a simple relationship between the scale of deployment of solar and its cost. But that focus on ‘pull’ policies misses half the story and the nuances of the interplay between push and pull policies, the global nature of the solar innovation ecosystem, and the real lessons that should be learned for how to make other technologies that are badly needed for decarbonization cheap.”

Scientists say the world has about 10 years to cut carbon emissions in half and another 20 years to eliminate them completely in order to avoid the risk of catastrophic climate change by the end of this century.

That means we don’t have another 60 years for today’s emerging technologies — such as small-scale nuclear energy, batteries and carbon dioxide removal — to become cheap.

“We’re going to need to have more than just solar, electric vehicles and a lot of other things,” Nemet said. “So if we can learn what worked with solar and do it faster, that will help get it right the next time.”

The key lessons: start by investing in research and development for new technologies; build markets by exploiting niches and using public procurement; provide subsidies to help industry scale up to bring costs down.

Looking back, Nemet said, it’s possible solar prices could have bottomed out a decade or two sooner had the U.S. not slashed funding in the 1980s.

“Those (research and development) budgets got cut radically within a couple of years,” he said. “All that knowledge that was in people’s heads just got scattered to the wind.” 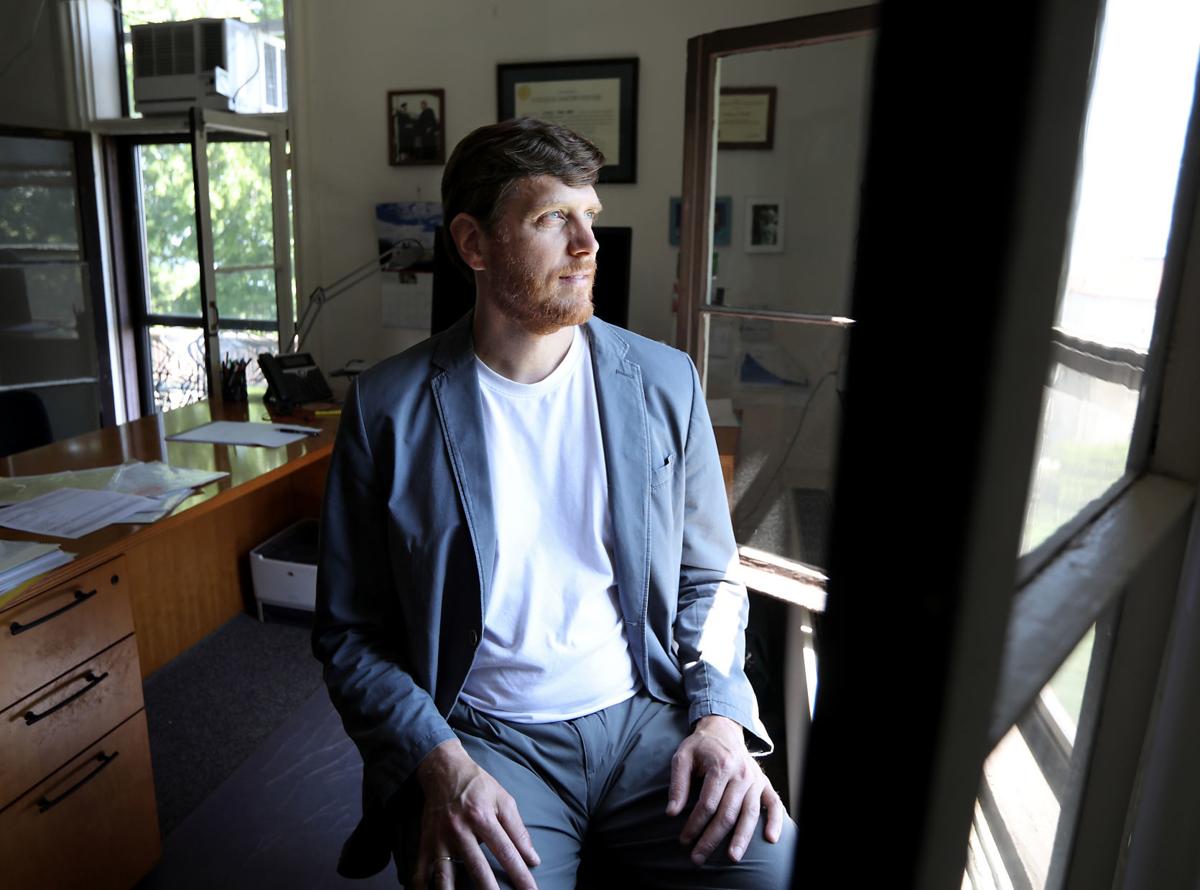 Greg Nemet, a professor with UW-Madison's La Follette School of Public Affairs, has written a new book on the global policy and market forces that combined to make solar electricity one of the cheapest forms of energy. 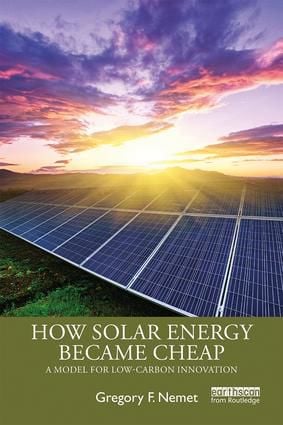