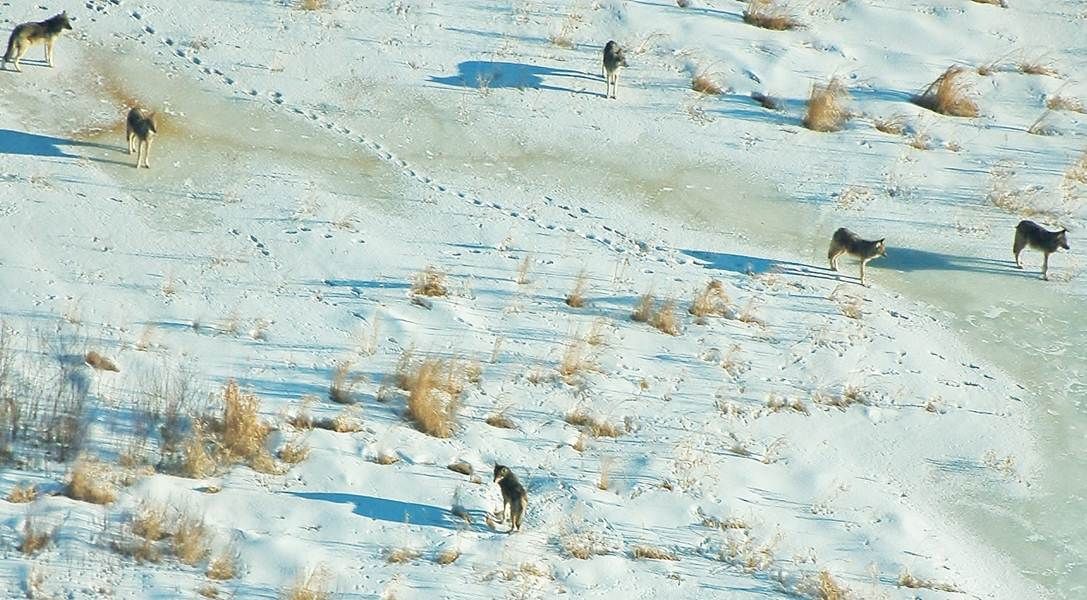 Wisconsin's wolf population is growing, and with it there have been more conflicts with hunting dogs that are run through areas where wolves raise pups. 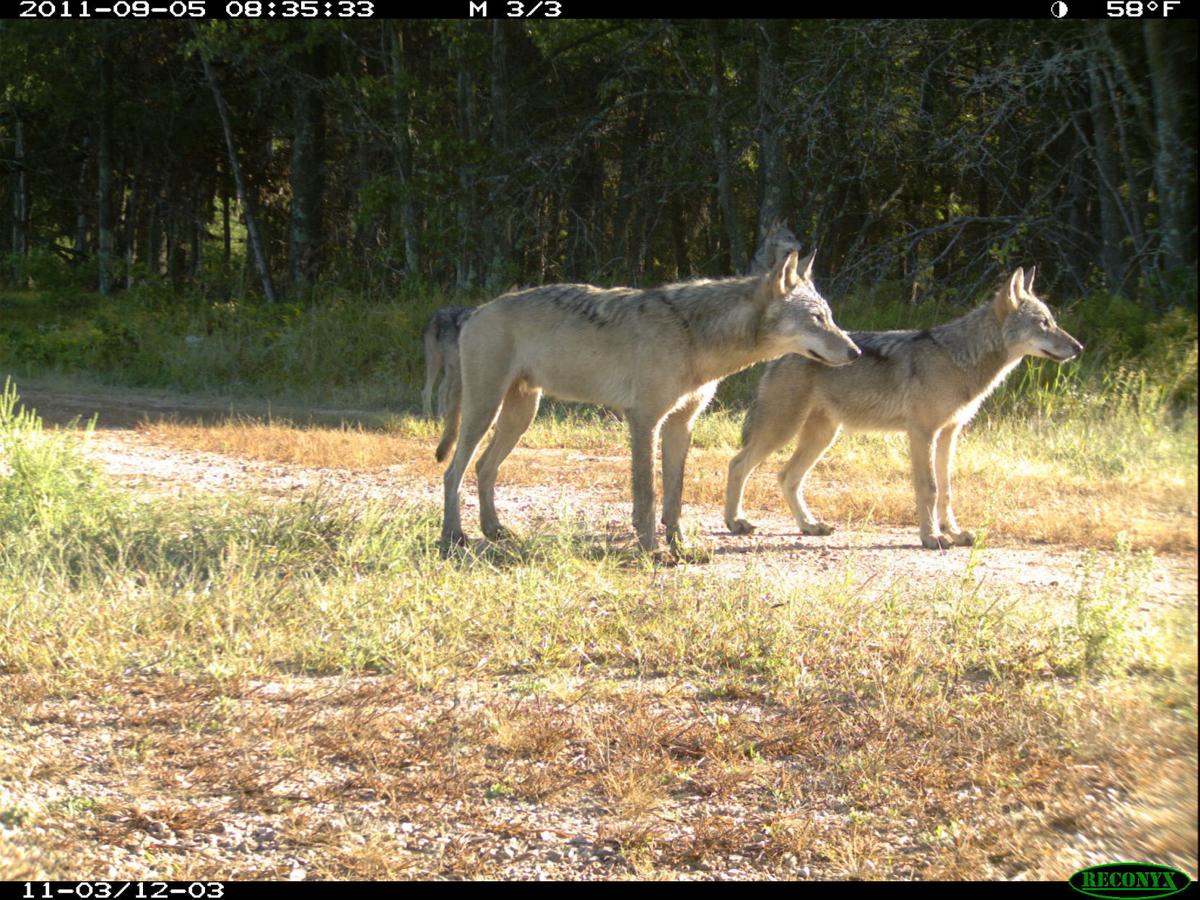 Forty hunting dogs were killed by wolves in Wisconsin this year. Above, two wolves are seen in an image captured by one of the more than 4,000 trail cameras being deployed by Snapshot Wisconsin, a collaboration of the Wisconsin Department of Natural Resources, NASA and UW-Madison. 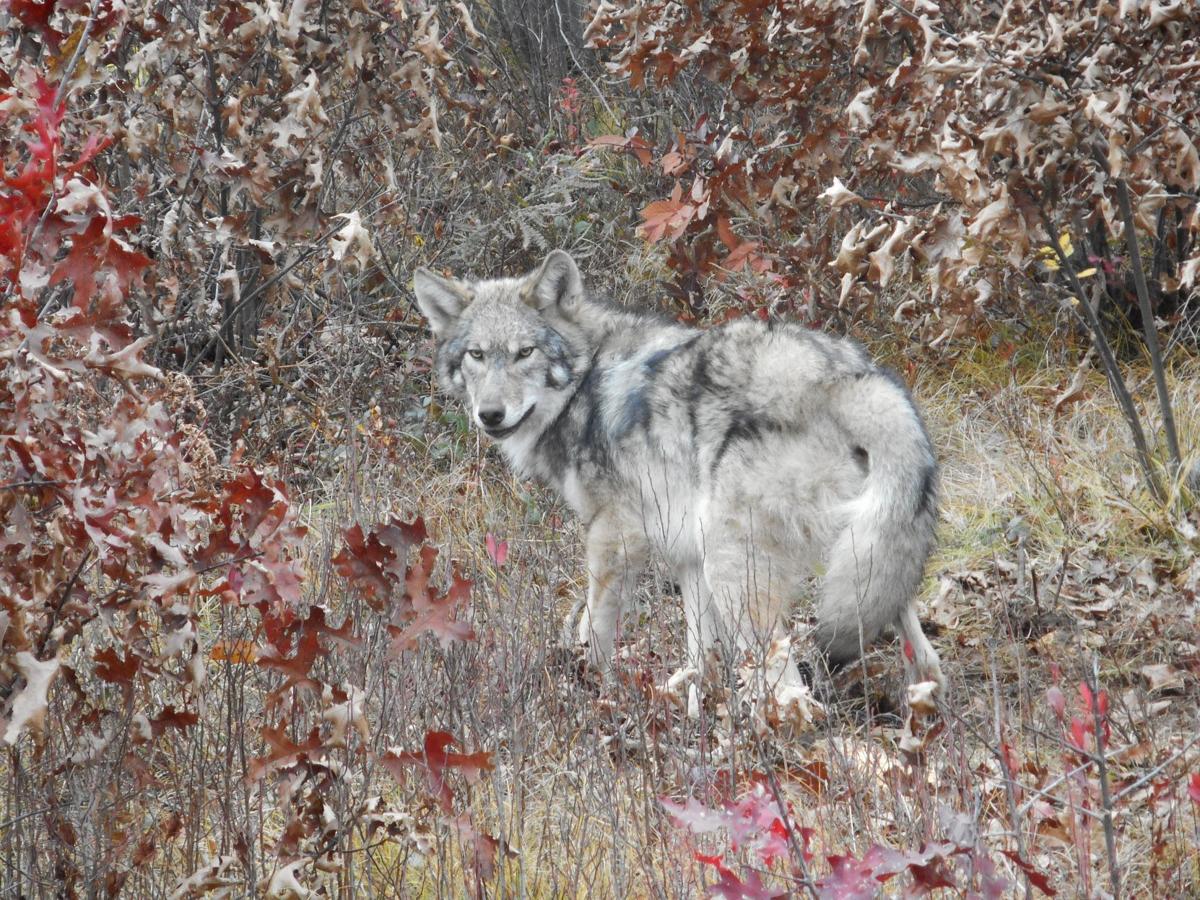 Wolves are increasingly coming into conflicts with bear hunters who use hounds in Wisconsin.

The state’s growing wolf population or possible increased hunting activity could have contributed to the number of dogs killed — or it could be an anomaly, said state Department of Natural Resources large carnivore specialist Dave MacFarland.

“We don’t have much to go on except speculation,” MacFarland said. “We know things are happening where there are a lot of wolves and dogs.”

Many hunters blame the end of the state’s wolf hunt, which has been followed by rapid growth in the wolf population.

Others say wolf numbers needed to grow to avoid a repeat of the disappearance of the animal from the state, and that bear hunters could protect their dogs by avoiding known “wolf caution areas” established by the state.

MacFarland said scientific study will be needed to determine what caused the higher death toll.

“Everybody can agree that we hope we don’t see a repeat of what we saw this year,” MacFarland said.

Although the hunt ended Tuesday, more hunting dog deaths could be reported to the agency on Wednesday.

Pat Quaintance, president of the Wisconsin Association of Sporting Dogs, said wolves are so thick and damage to domestic animals so great in the northernmost part of the state that he believes residents will begin poaching the endangered species.

“They’ll take matters in their own hands. There will be an all-out war on wolves,” Quaintance said.

After the all-but-extinct wolf was given protected status, its numbers grew in Wisconsin, prompting its removal from the endangered list in 2012.

Three hunts were held — with critics warning that another population collapse was imminent — before a judge found fault with state management and placed the species back on the list in 2014.

The estimated winter population of wolves grew 16 percent to about 900 this year, and claims for financial compensation from livestock and dog owners have also been on the rise.

Melissa Smith, executive director of Friends of the Wisconsin Wolf, said livestock damage caused by wolves isn’t great, and it could be minimized if more farmers used measures such as fencing and noise-making devices that scare wolves away.

The roughly $200,000 the state paid to farmers, hunters and others to compensate for wolf damage should be spent to help keep wolves, bear and other animals from damaging livestock and crops, Smith said.

At the $2,500 rate the state pays owners of hunting dogs killed by wolves, the bill for taxpayers probably will reach $100,000 this year.

Smith said far fewer dogs would be killed if hunters didn’t run dogs through areas the DNR cautions against because wolves are protecting pups or already in the habit of fighting off dogs.

“I don’t think they care about their dogs very much,” Smith said.

Quaintance said hunters he knows care about their dogs, and about wolves, too, but there are too many of the wild predators.

This year, Quaintance said, he decided against hunting in a part of Bayfield County after seeing fresh wolf tracks.

He didn’t lose any dogs this year, but in the last two decades bear hunters have lost thousands of acres of hunting land to wolves.

“There’s no place now that a guy can turn a dog loose without it getting attacked by a wolf,” Quaintance said.

A DNR map of reported wolf-dog conflicts shows several expanses where no dogs were killed this year, but Quaintance said they were areas that weren’t hospitable to bear hunting because they lacked enough public land or had other shortcomings.

The DNR’s MacFarland said it’s not clear why, but after a wolf pack has once attacked a dog, it is more likely to do so again if the opportunity is presented.

Wisconsin Wildlife Federation executive director George Meyer said wolves stir up strong emotions, positive and negative, but in the end, the federal government will need to remove the species from the endangered list so that hunting can resume with scientists setting quotas that will result in a sustainable population.

Wisconsin DNR issues cautions on locations of wolf packs, but sites for running dogs to train them for bear hunting are limited has grown.

Wisconsin's program for hunters whose dogs are killed distributed $99,400 for 41 bear hounds in 2016.

Wisconsin's wolf population is growing, and with it there have been more conflicts with hunting dogs that are run through areas where wolves raise pups.

Forty hunting dogs were killed by wolves in Wisconsin this year. Above, two wolves are seen in an image captured by one of the more than 4,000 trail cameras being deployed by Snapshot Wisconsin, a collaboration of the Wisconsin Department of Natural Resources, NASA and UW-Madison.

Wolves are increasingly coming into conflicts with bear hunters who use hounds in Wisconsin.